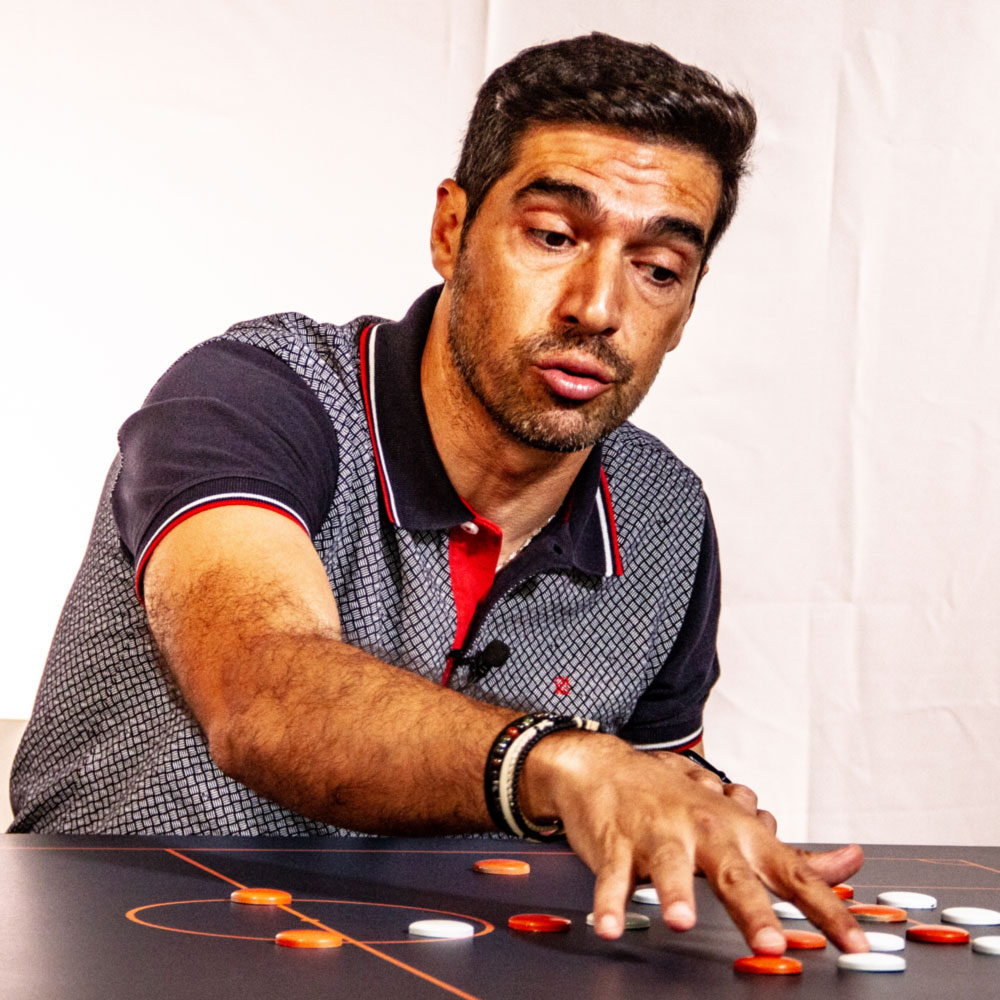 Portuguese manager Abel Ferreira took charge of Brazilian giants Palmeiras in October 2020. Within three months, he had led his new club to the second Copa Libertadores victory in its history, with a 1-0 win over Santos in the Maracaña. Then, in November 2021, Ferreira and Palmeiras made history by retaining their title with a 2-1 extra-time defeat of yet another Brazilian club, Flamengo, in Montevideo.

In his first exclusive Masterclass with The Coaches’ Voice, Ferreira gives a brilliantly in-depth analysis of his team’s tactical approach to that historic win over Flamengo. He explains the thinking behind his preferred 3-4-3 formation, and how in possession the team would look to create a box of four attacking players behind number nine Rony, with the two wide attackers pushed inside to create doubt in the Flamengo defence. Out of possession, he explains why the team dropped back into a defensive line of four and why left wing-back Gustavo Scarpa had a very specific role to play against dangerous Flamengo right-back Mauricio Isla.

Ferreira expands on the three different options his team employed when building from the back, and how they looked to use the wing-backs to create overloads against the Flamengo defence. He also explains the importance of communication out of possession, and the pressing triggers that ultimately helped create the winning goal after their opponents had equalised in normal time.

It’s one of the most thorough sessions from any coach on the Coaches’ Voice tactics board. We hope you enjoy it!