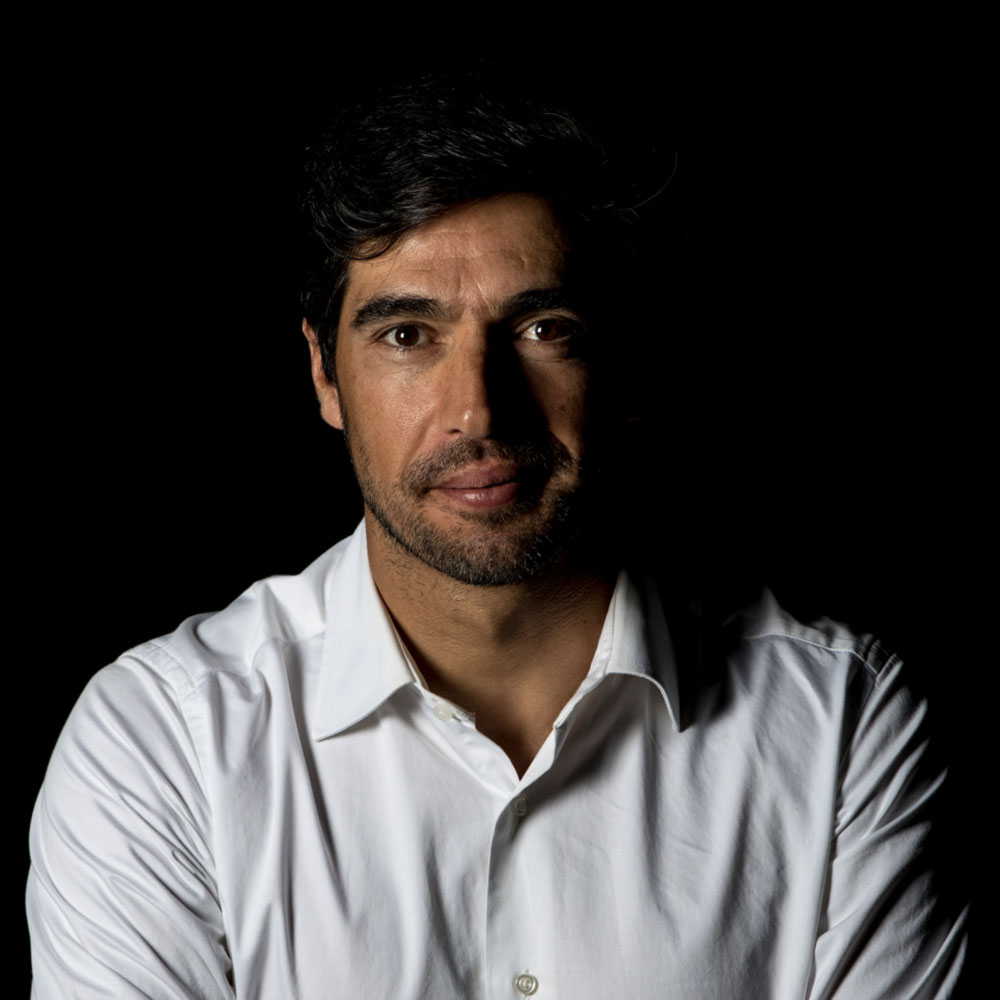 My way of living is very intense.

It’s day to day, living in the here and now. What happens afterwards will have its own time.

In my professional life, it’s the same way.

I will tell you two stories about my arrival at Palmeiras.

Why did a club like PAOK go to Braga and pay €3m? Why did Palmeiras go to PAOK to pay for my hiring?

I may have had no titles, but I am also a coach who hasn’t been sacked. I am waiting for it to happen one day, of course, but I haven’t been sacked yet.

Instead, people thought about the lack of titles. But which clubs had I coached? Where had I worked that gave me the possibility of winning them?

Palmeiras interviewed me three times before choosing me. They knew how I played. They knew very well who they were hiring.

"crossing the atlantic and leaving my family behind was very, very hard"

I went against my whole family. Nobody wanted me to do it. Nobody. But I went, solely and exclusively out of my own conviction – and knowing, too, that the average tenure for a coach in Brazil is three months.

I wanted to have a good team at my disposal. When I arrived, I saw a team that, above all, lacked belief in itself. A club that lacked affection. They didn’t listen to their players. Often, the coach talks, talk and talks, but forgets to listen.

So when you have a structure like they have at Palmeiras, you have to bring your playing philosophy. For me, this is nothing more than a philosophy of life that I bring, in a particular way, to football.

This is how we managed to create a working family here. We managed to get the players to really trust in themselves. To believe that they were much better than they thought they were.

Right now, I would say my players are capable of playing without a coach.

Yes, I know that, if after three months I had been sacked, my family would have said: “See? We said you shouldn’t go!” But why would I waste energy on worrying about that? I prefer to focus on the things I can control.

I don’t remember the trophies. Instead, I remember the relationships, the affection we have created here, the family. The Copa de Libertadores, the Brazilian Cup – that’s not what comes to mind. I think instead about all the work we have done, but also the suffering – crossing the Atlantic and leaving my family behind.

"we had a very young team. i don't know how they would have coped with a full maracanã"

That was hard. Very hard. But when you achieve those first victories, you say to yourself: “It was worth it!”

We played the 2020 Copa Libertadores final, against Santos, behind closed doors. Because of the pandemic, there were no people in the stands. This is not the ideal environment for a game of that size.

But I always try to look at things in a positive light.

We had a very young team. If the Maracanã had been full, I don’t know how Danilo, Patrick de Paula and Gabriel Menino, for example, would have coped with those moments.

I knew what it meant for the club to have the opportunity to win the competition again, 21 years after winning it for the first time. And to play at the Maracanã – which, for me, is the temple of football. And to have our families, who were invited, there in the stadium.

Before the match, our goalkeeper Weverton had said to the group: “Guys, during the match, if we have difficulties, look up and remember our family. When you need to look for extra energy, look to our family.”

I pressed that button, and you can see me shouting for the last five minutes: “Family, family, family!”

It was a fabulous moment. It’s very hard to describe what you feel, to put those feelings into words. It’s almost like asking a mother what it is to be a mother. I think only those who feel and go through the same experience can truly understand.

Football is played by human beings. We think of players as machines, but they are just people – and they need to be treated as such. They have fears, worries, anxieties and problems at home. This, for me, is one of the secrets of coaching: to look at the player as a person, and not just as a player.

When the players understand that, everything becomes easier. And we manage to create that straightforward relationship between us.

A real relationship. Something fundamental.

My values haven’t changed at all since I’ve been here. My principles and my way of being are exactly the same.

But now I have more titles, and people recognise me more.

I am much more exposed now than when I was at Braga. Braga is the fourth biggest club in Portugal, and here I have come to the most successful club in Brazil – a country of more than 200 million people. I am in a different dimension, experiencing a different level of greatness – but my behaviour is the same as it always has been.

My coaching staff and I have published a book entitled Cold Head, Warm Heart. It’s a very instructive book, which reflects our experiences in Brazil. Everything is in there, meticulously detailed, and I think it is interesting and easy to read. Above all, though, it’s a book about solidarity.

My technical team is really well structured. Carlos Martinho is responsible for the analysis of our team, and Tiago Costa for opposition analysis. Vitor Castanheira is our direct connection with grassroots football, and João Martins is in charge of the health and performance departments. They are all coaches, too, and this is why as a group we discuss training and game strategy a lot.

Over time, I have learned that there is no point in giving players too much information about their opponents. The important thing is that they understand what we have to do both on and off the ball. Once we have mastered that, then we can bring our opponents into the equation – we give them two or three points for both in possession and out of possession.

It is like going to the cinema. At the end of a film that has lasted an hour and a half, I ask you what you liked about the film – and you give me three things. Only two or three things from 90 minutes.

But if you know those two or three things well, great. For me, less is more. The most difficult thing in football is to make it seem easy. That’s what players have to understand.

In football, we all depend on each other. We aim to reach a competitive maturity, where everyone can think the same thing at the same time.

What makes me happy is when the players see this and do it. Then we show them what they’ve done, and they become convinced that this is the way to go.

We know that sometimes we will lose, but that’s also the way forward. It can’t be that defeat changes our path. Defeat is an important part of success, and it’s good that people understand that.

More than anything else, we have managed to make the club here at Palmeiras into a family. I hope that feeling lasts forever.