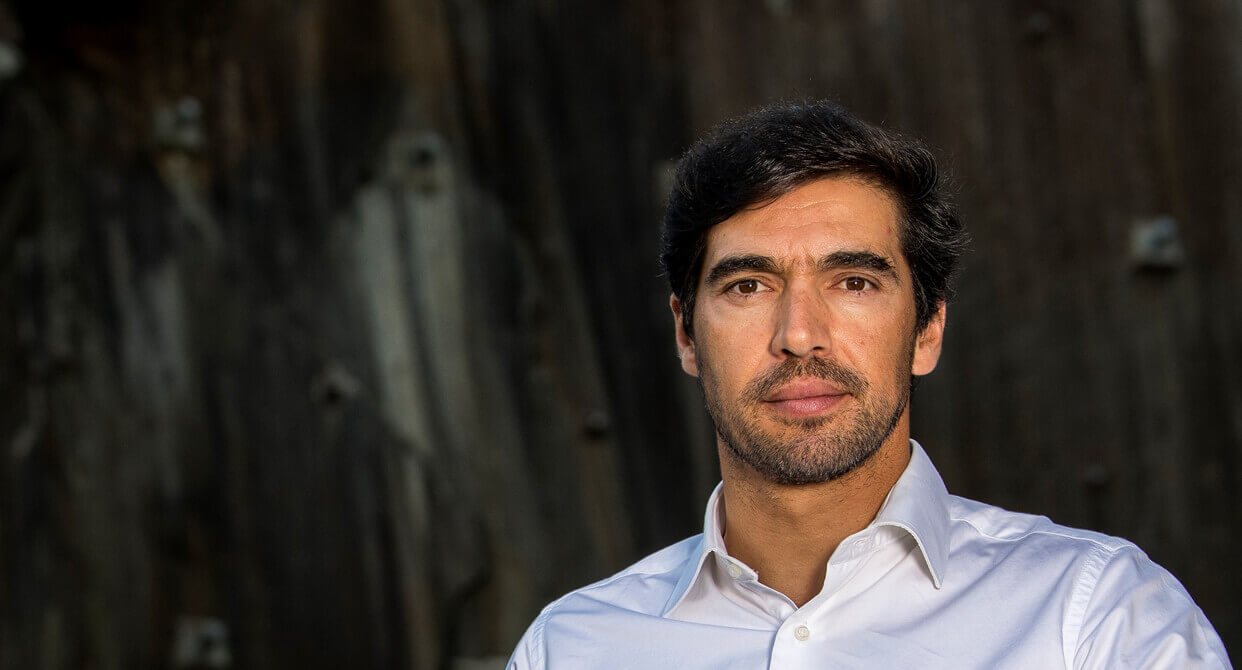 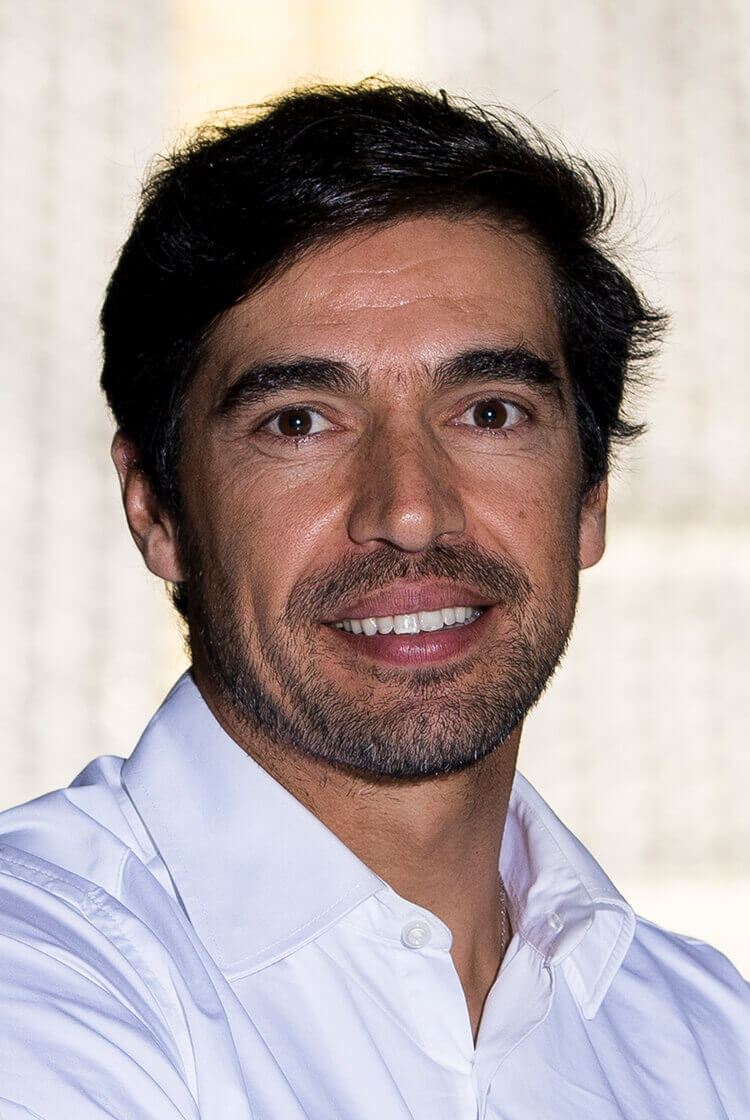 Do you remember the game, Football Manager?

My mates would pick teams like Barcelona or Real Madrid – teams where, of course, you are going to win. You can buy everyone!

The way I saw it, the great challenge comes not when you are those big teams– but when you are competing against them, with fewer resources.

So I always trained small teams. Teams from the second division, like Penafiel in Portugal, where I started my playing career, or Braga. Or teams who never win titles: someone like Tottenham.

And I always believed we could win.

How? As equals? By attacking in the same way?

How did a little guy like Napoleon manage to beat people? With strategy. With trickery.

It’s important to ask the hows and the whys as a coach. I learnt that first from a coach called Jesualdo Ferreira, here at Braga.

He was a teacher.

I had some coaches who trained. Others taught. Those who trained would shout: “Pressure!” But when? How? Who? Where?

Jesualdo was always asking questions: “Where are you going? Why? If there was another attacker here, which would you mark? Why?”

It’s by having those conversations that you make sure your players know their jobs.

That approach really helped me, and I now consider myself a coach who likes to teach and ask questions of my players – the hows and the whys that Jesualdo taught me.

"Sometimes, a door closes and a window opens"

At the time I worked with him, I was around 24 years old. I already knew that I wanted to be a coach. And I knew that starting then was the way to do it, because understanding coaching would make me a better player.

I kept a diary. Every day after training, I’d get home and write up what I had seen. Questions of leadership, strategies, meetings, things I liked... I still have the notebooks now.

I was still learning when I was playing for Sporting at the age of 31 (below, left). I remember the director of the academy asking me: “Don’t you want to start your coaching career now?”

One month later, I suffered a bad knee injury.

Some believe in destiny, others don’t.

That injury came at a time when my contract with Sporting was coming to an end. They offered me the chance to recover at the club, and see if I could find another one afterwards, but it was no good.

I had three consultations with the doctors, and each time they told me I would have to retire. I cried for days when I finally accepted I couldn’t continue. I was in mourning. Angry. It felt so unfair.

How is this possible? I have got to this age without a single injury. And now... this?

Sometimes, though, when a door closes a window opens.

I started helping out the head coach of Sporting’s junior side. When he made the step up to work with the seniors, there was a vacancy. They told me I was going to take the job and could complete my courses as a coach there.

So, that’s how my story started: with a bad accident.

"The future is this cat-and-mouse game within a single match: adapting to tactical changes in reaction to your opponent"

In my first year, we won the junior league. Then we made the final four of the UEFA Youth League alongside Liverpool, Southampton and Chelsea. The year after, I was promoted to Sporting’s B team and led them to sixth place.

That’s when Bruno de Carvalho took over as the club’s President. You know who that is, right?

A week after the season started, he fired me.

What do you want from a B team? Usually, it is to get players ready for the A team. As well as finishing sixth the previous season, Carlos Mané, João Mário and Eric Dier had made that step up.

Anyway, that was it. Another door closed.

This time, the open window that followed allowed me to return to Braga, where I trained the B team for three seasons before taking over the first team.

My methodology comes from the old Sporting school of coaching – because it was there that I took my first steps as a coach.

But I am always looking to the future of football, too. To how the likes of Pep Guardiola and Mauricio Pochettino are working.

For me, the future is this cat-and-mouse game within a single match: adapting to tactical changes in reaction to your opponent.

In the Europa League last season, we went to Hoffenheim. They started with a 3-5-2 formation, which changed to a 4-3-3 during the match: three strikers, full-backs advancing. We started in a 4-4-2 but ended up in a 5-4-1 to combat what they were doing.

"I tell you this: there is no perfect formula. No perfect game plan. Only the one that you believe in"

If your opponent is at the same level as you, then fine – I can attack you. But if you attack a mountain, you have to do it differently.

In other games, you want to be the protagonist: to dominate the ball. But sometimes you have to accept your opponent is stronger than you. And, in this case, you have to be balanced.

As much as we would like to be Manchester City, we don’t have a Guardiola and we don’t have a Bernardo Silva. So you have to have the humility to know that every game demands a different approach. In my opinion, that has been our greatest secret.

Before a match, I give my players three key ideas. That’s all.

It’s like when you see a film and, at the end, someone asks you: “What did you take from that?”

It might be a kiss, or when the couple got married – but it will only ever be three or four things. It’s the same with the players.

I tell you this: there is no perfect formula. No perfect game plan. Only the one that you believe in.

You might prefer mine, or Guardiola’s, or Diego Simeone’s. The important thing is being able to explain what you want to the players. That’s what it is to be a good coach.

Today we have this stigma: that you are only good if you win. That if you win, you are a great coach. And if you lose, you are weak.

You are judged at the weekend, when you show what you’ve been doing during the week. That’s when people will see whether your team is organised or not. Whether you work the ball well or not. Sunday is your test.

But I always say to the players: “Let’s focus on our tasks.” Because the more you focus on the result, the more anxious you get.

There’s no point simply fretting about passing the exam: you have to study for it. Study well, and you don’t need to worry.

Take care of the process, and the result will come.

It’s the same when it comes to our ambitions as a team. It wouldn’t be fair to put pressure on myself or the players by declaring we are title contenders.

We have completely different weapons to our opponents.

You can’t create expectation when you have a turnover of €20m and Benfica’s is €120m. Our resources don’t match up.

Benfica, Sporting and Porto have the obligation for their history. We are the outsiders.

At Braga, I can’t say: “I’m Abel, known nowhere in the world, and I’m a title contender.” People will think I’m a playboy. You have to show humility, and that’s what I tell the players. Our only duty is to do our best every single day. Don’t even think about the result.

As with my teams in Football Manager, it will be tough to win titles here. But even then, I never gave up.

And now: our ambition and dream is there. We’ll go after it.

The seed has been planted. Whether it bears fruit, I don’t yet know.