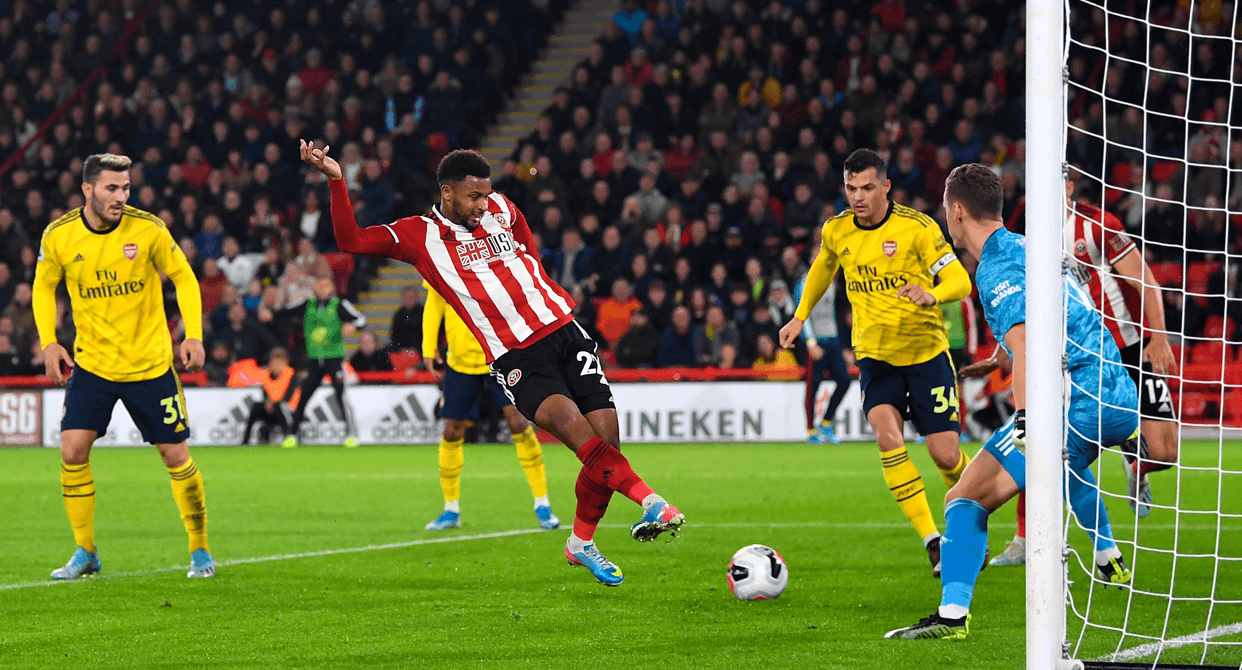 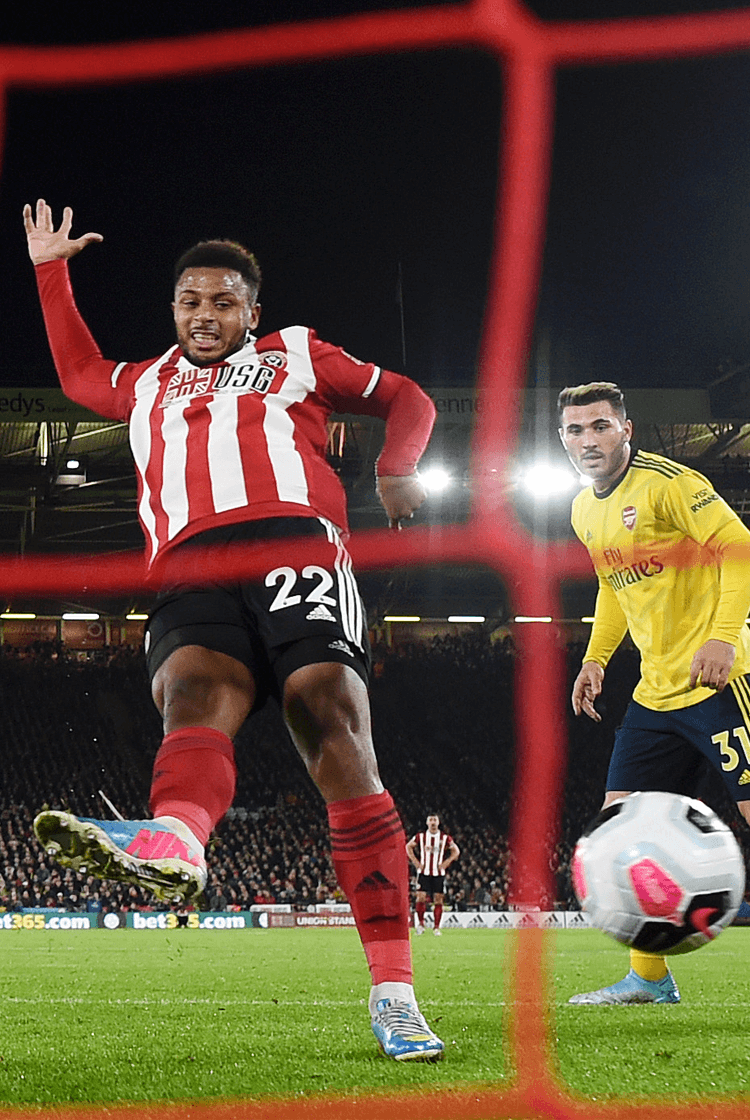 Recently promoted Sheffield United moved into the top half of the Premier League with an impressive victory over Arsenal. A first-half finish from Lys Mousset, starting for the hosts for the first time since becoming their club-record £10m signing during the summer, proved enough to secure all three points over Unai Emery’s team. Arsenal’s own record signing, £72m Nicolas Pépé, had their best chance of the evening, but struck wide from only six yards, as the Gunners missed out on the chance to replace Chelsea in the top four. "We deserved to win a tight game," said United manager Chris Wilder. "We knew they would have some chances and have a lot of the ball. We had to put in a big performance and get a big result." 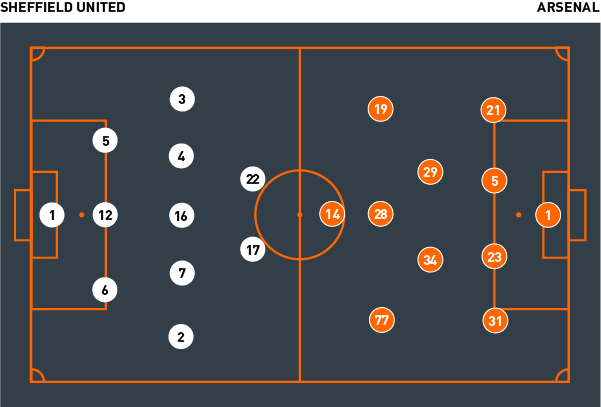 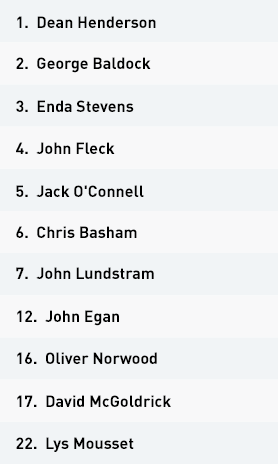 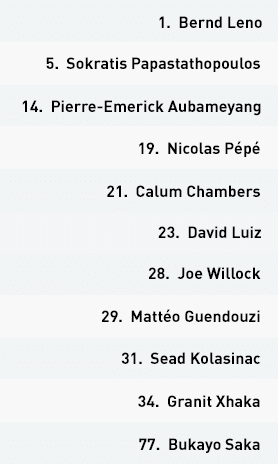 Sheffield United were organised into a 3-5-2 formation by their manager Chris Wilder, who handed striker Lys Mousset his first start alongside David McGoldrick in the front two. Their desire to remain deep and compact, before attacking Arsenal in moments of transition, contributed to their relatively little possession and build-up across the 90 minutes.

On the few occasions they sought to build, they attempted to play diagonal passes from central defence into their wing-backs – which, when coupled with vertical rotations between a striker and midfielder to drag an opponent out of position, was intended to create a passing line inside. Similarly, their midfielders – John Fleck in particular – efficiently moved against the path of possession to adopt positions on the blindside of their nearest opponent and again create passing lines inside.

A further combination, between their wing-backs and wider central defenders, also provided opportunities for them to cross into the penalty area, but it was their transitional play and attempts to play with width that led to set-pieces – and, ultimately, the game’s only goal. Wilder’s team increasingly had less possession, largely because their strikers were working particularly hard inside their own half when they were defending. When the ball was cleared, then, it would more often reach Arsenal’s central defenders under minimal pressure.

Arsenal remained in their 4-2-3-1 shape out of possession, built on the double pivot of Mattéo Guendouzi and Granit Xhaka and with Pierre-Emerick Aubameyang alone on the top line. When they pressed high, they were largely man-oriented; full-backs Calum Chambers and Sead Kolasinac pressed the hosts’ wing-backs, leaving central defenders Sokratis and David Luiz at risk of two-on-twos against United forwards McGoldrick and Mousset.

To compensate, Arsenal waited until possession was played to one side. Then, when the relevant full-back advanced towards his opposing wing-back, the other would tuck in as a third central defender in a three-on-two. This did leave the other wing-back free to receive long, diagonal switches, but the Gunners defence were always capable of moving across with sufficient speed.

Much of the visitors’ defending came in transitional moments, when they closed down inside their own half with intensity. They often did so in isolation rather than as part of a wider, co-ordinated movement, however – and so didn’t always provide the necessary cover.

During the first phase of their build-up, Mattéo Guendouzi or Granit Xhaka would withdraw alongside the central defenders to create a three-on-two against the hosts’ strikers; goalkeeper Bernd Leno and David Luiz played risky, vertical passes to Xhaka or Guendouzi when they were more advanced, which sometimes contributed to turnovers in potentially dangerous territory – a problem they have experienced more than once this season.

Emery’s team also sought to play Aubameyang in behind the Sheffield United defence, but he struggled to make contact with the ball because those passes were consistently too heavy. United restricted Arsenal space in central areas, forcing them wide, where Pépé and Saka attempted to drive at their opposing wing-back with support from full-backs Calum Chambers and Sead Kolasinac. If the full-backs overlapped, Pépé and Saka made runs into the penalty area to meet the low cross that would then most commonly be played. This approach created their finest chance, for Pépé – but the club-record signing failed to connect properly and his shot flew wide.

The visitors ultimately simply lacked ideas against the deep, compact defensive block they were confronted with. They tried to play around rather than through it, but a host of crosses and shots from distance proved ineffectual – and while Aubameyang was used to withdraw and link play via an overload in midfield, this often reduces his impact.

The hosts’ 3-5-2 became a 5-3-2 when they were defending, as wing-backs George Baldock and Enda Stevens withdrew into defence. They first attempted to press aggressively inside their own half; if possession was with Arsenal’s full-backs, Baldock or Stevens advanced, passing the responsibility for Arsenal’s wide attackers to United’s wider central defenders, while the other wing-back tucked in on the other side of defence to maintain a three-on-two against Aubameyang and the other wide attacker.

Their midfielders, though man-focused, refused to follow their opposite numbers unless the situation demanded pressure on the ball, instead preferring to remain compact. That level of understanding was something Arsenal lacked; as the match progressed, Chris Wilder’s team played with greater depth and compactness, and succeeded because of their desire to protect the central areas – essentially discouraging Arsenal from receiving between the lines. On the rare occasions they did, the relevant individuals were then pressed from all angles to suffocate supply lines and to force the ball-carriers into mistakes.