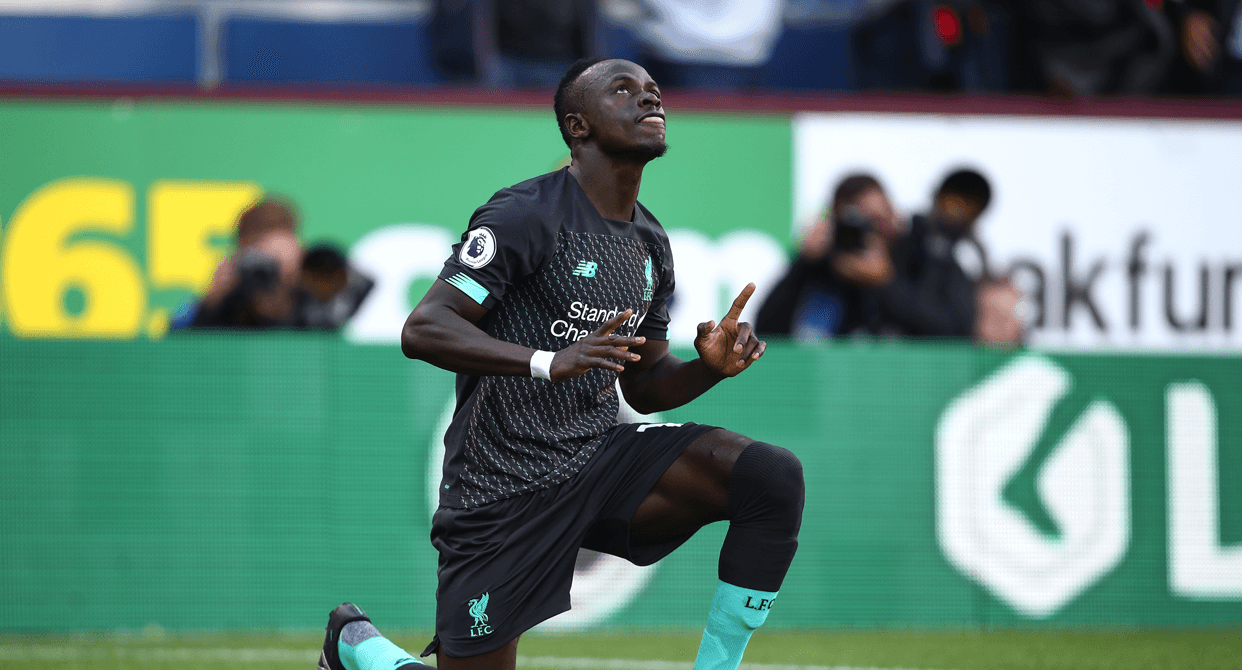 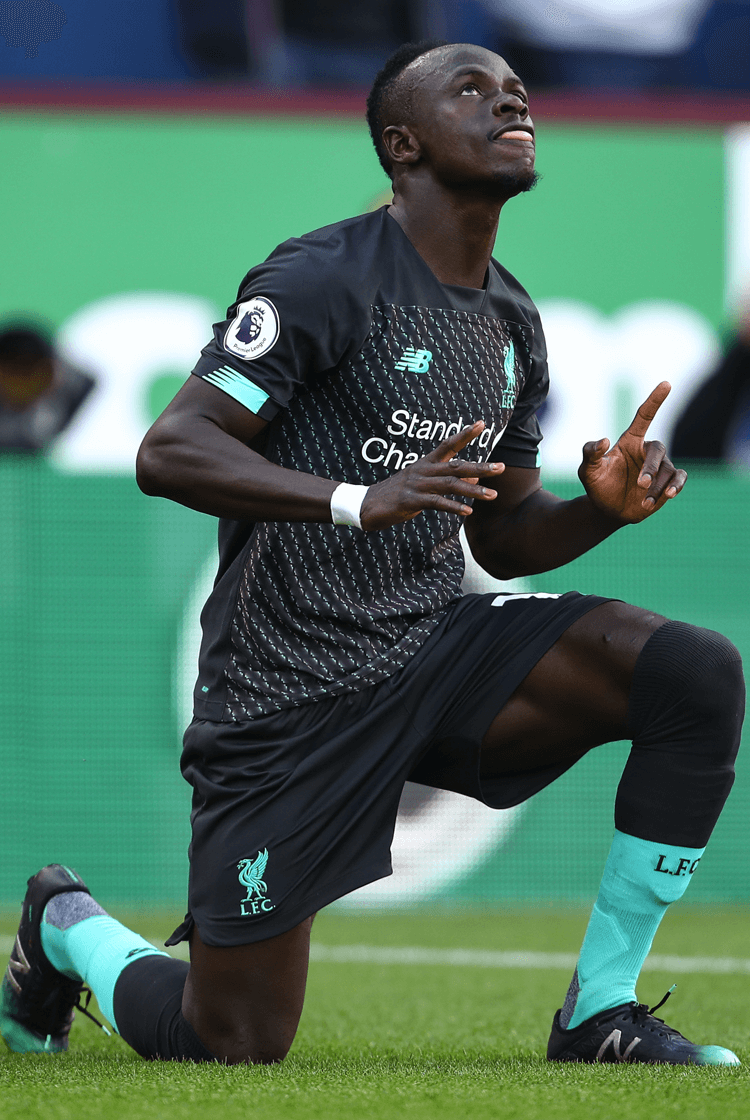 Liverpool set a new club record when racking up a 13th successive league victory away at Burnley. The win, which maintains the Reds’ 100 per cent start to the season, was secured with an own goal from Chris Wood and finishes from Sadio Mané and Roberto Firmino – the latter thus became the first Brazilian to score 50 goals in the Premier League. Manager Jürgen Klopp has now won five league fixtures against Sean Dyche – more than any other rival boss in the Premier League. 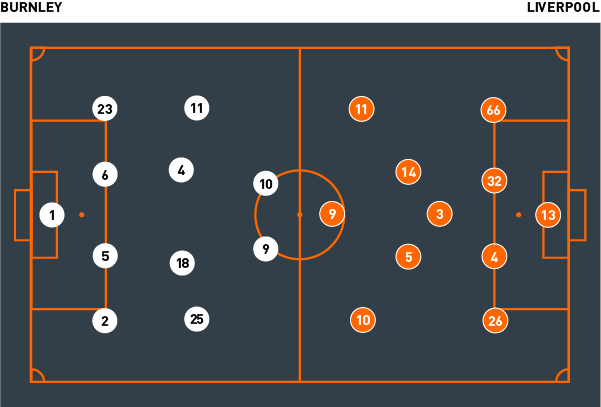 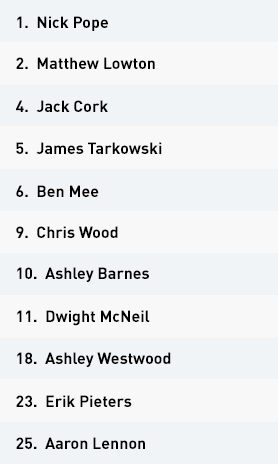 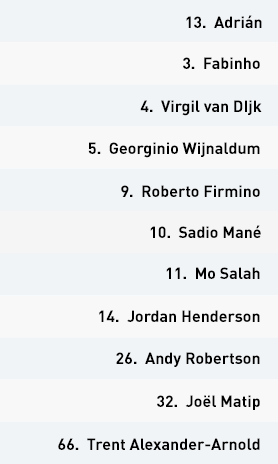 Burnley were organised into their favoured 4-4-2 structure by their manager Sean Dyche. They had very little of the ball, registering only 35 per cent possession and two shots on target across the 90 minutes. Their main tactic involved playing directly to strikers Chris Wood and Ashley Barnes in an attempt to capitalise on the aerial threat they posed, but in Liverpool central defenders Joël Matip and Virgil van Dijk they encountered opponents who were similarly comfortable under those circumstances.

When possession was with full-backs Matt Lowton or Erik Pieters, Burnley sought to release Barnes and Wood into the channels behind Liverpool full-backs Trent Alexander-Arnold and Andy Robertson, who had usually advanced to press wide midfielders Aaron Lennon and Dwight McNeil. If it was with central defenders James Tarkowski and Ben Mee, direct passes were played so that those strikers could compete aerially and potentially win the ball in a more advanced area.

A further approach was to play the ball in behind the high Liverpool line. Lowton or Pieters would play horizontal passes into central midfielders Jack Cork or Ashley Westwood, and they would in turn look to play a first-time aerial ball in behind Liverpool’s defence.

The hosts were largely set up for the long ball, but it was not uncommon for Lowton to drop to receive from goalkeeper Nick Pope. This encouraged Liverpool to advance, at which point Burnley would send runners in the other direction from a deeper area and to try to play in behind as Liverpool moved against the momentum of their attack. When they had more established possession, they looked to switch play in order to create free space for their full-backs or wide midfielders to cross into the penalty area. Ultimately, though, they had little success regardless of what they tried.


Liverpool are as dedicated to their 4-3-3 formation as Burnley are to their 4-4-2, and when out of possession they attempted to use an aggressive high press that was often overcome by their opponents playing long. When the press was possible, they first used Roberto Firmino to work between Burnley’s central defenders, while Mo Salah and Sadio Mané targeted their full-backs; Jordan Henderson and Georginio Wijnaldum picked up Cork and Westwood, while Fabinho remained close to the back four to prevent possession reaching Wood and Barnes.

Jürgen Klopp later adjusted this, using his front three to press Tarkowski and Mee in a bid to force them into more rushed passes. He thus asked his central midfielders to occupy both their opposite number and the Burnley full-backs. The reliability of Van Dijk and Matip also largely negated the threat posed by the hosts’ front two.

Jürgen Klopp set Liverpool up in their familiar 4-3-3 formation both in and out of possession. They looked to play passes in behind as frequently as possible early on, targeting the runs of Sadio Mané and Mo Salah, but did so with limited success because of the ability of the Burnley defence to manage those spaces.

They instead then started to use Mané and Salah inside, with Roberto Firmino dropping towards possession as his fellow forwards made diagonal runs between their relevant full-back and central defender. Full-backs Trent Alexander-Arnold and Andy Robertson were then able to advance into the spaces created out wide.

Liverpool’s initial struggles to progress through Burnley’s organised shape also contributed to Fabinho moving into a false central-defensive role to create a three-on-two overload against Ashley Barnes and Chris Wood. This encouraged a more efficient first progression of the build-up. Virgil van Dijk and Joël Matip thus moved into wider positions, leaving Burnley’s front two with more ground to cover. The visitors’ established possession lacked speed and penetration, however; they looked more threatening in transition, with their front three able to respond quickly to turnovers in possession and threaten the spaces behind Burnley’s defence – exactly as they did when Firmino played in Mané for the second goal.

Burnley remained in their 4-4-2 shape out of possession and largely operated in a mid-block. They looked to pressure Liverpool’s central defenders when they had possession near the halfway line, through Barnes and Wood shutting them down. The risk involved in using a 4-4-2 against a 4-3-3 centres on the possibility of being outnumbered in midfield, however, so Sean Dyche also used his two strikers to screen passes into Reds pivot Fabinho.

Wide midfielders Aaron Lennon and Dwight McNeil respectively pressed Robertson and Alexander-Arnold, while Cork and Westwood prioritised Jordan Henderson and Georginio Wijnaldum. As so often has been the case for many of Liverpool’s opponents, Burnley were uncertain about how to approach Firmino withdrawing, because of the threat of Mané and Salah advancing into spaces that would be created by them following the Brazilian. Ben Mee occasionally risked tracking Firmino if a teammate was shaping to pass to his feet, but Burnley otherwise kept the three lines of their defensive structure compact in an attempt to prevent Liverpool playing centrally.