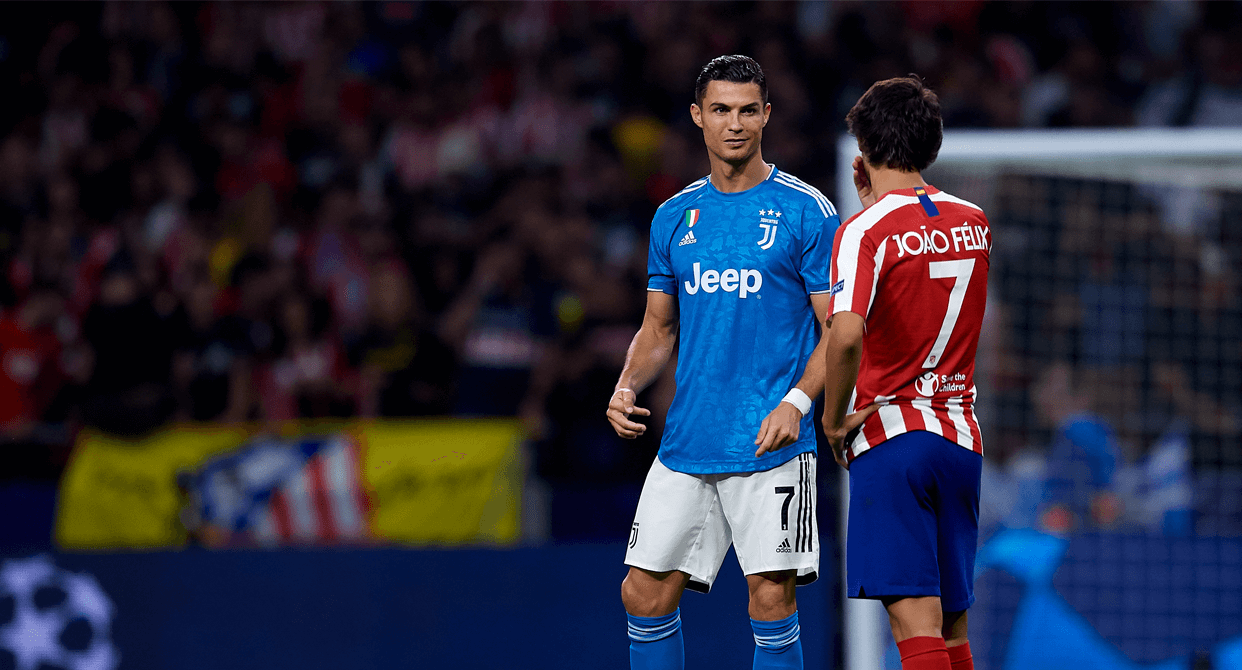 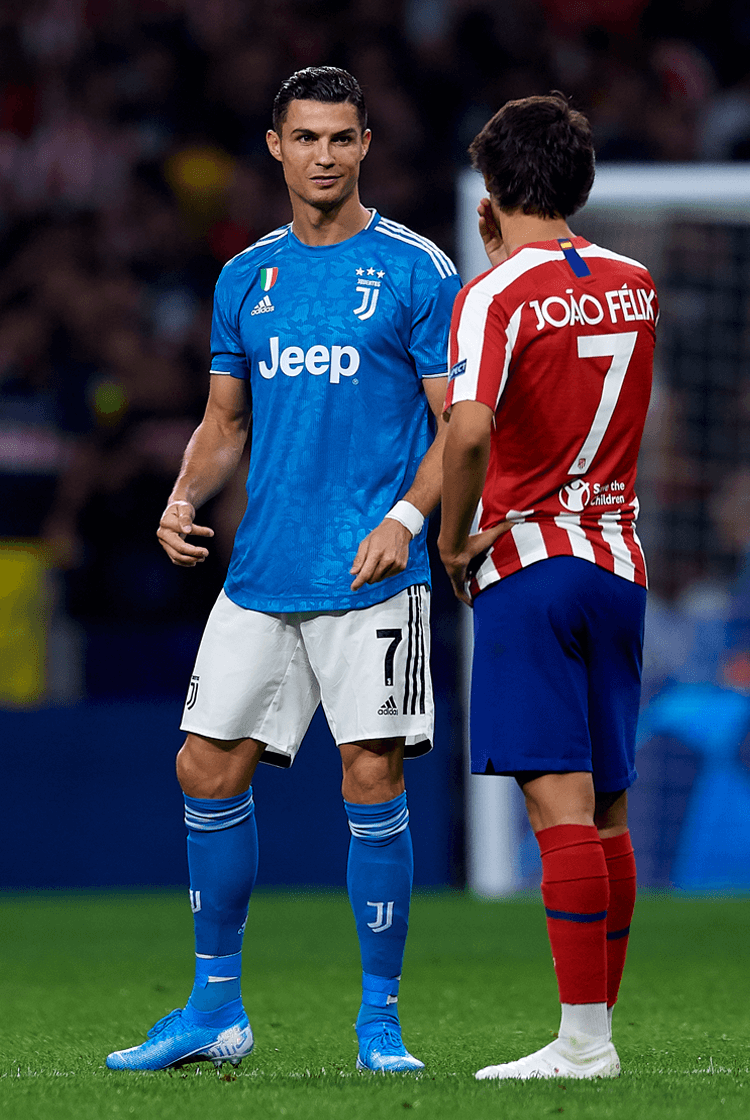 A 90th-minute equaliser from substitute Hector Herrera secured a valuable point for Atlético Madrid after they fell two goals down at home to Juventus in their first Champions League fixture of the season. On an evening when Cristiano Ronaldo encountered João Félix, widely expected to succeed him as the iconic figure of Portuguese football, a curling finish from Juan Cuadrado and a Blaise Matuidi header looked to have put the visitors on course for victory. Juve also handed Aaron Ramsey his first appearance for the club from the substitutes’ bench, but the former Arsenal midfielder could not help resist the comeback that began with Stefan Savic’s 70th-minute header and was completed when Herrera added another header from a late corner. “We faced a very strong side with experienced players," Atléti manager Diego Simeone later said. "We never gave up. If we continue to grow like this, this game will have been very important for us in our development." 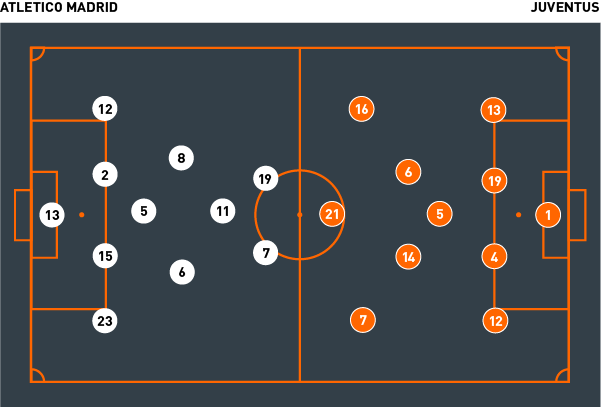 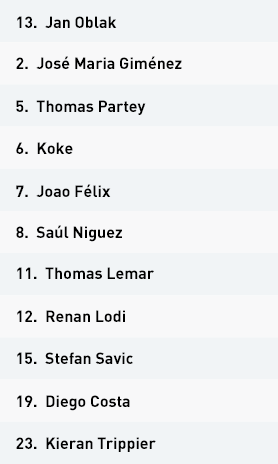 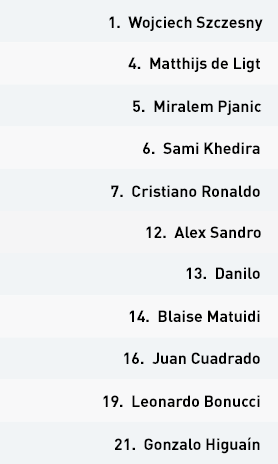 Diego Simeone organised his team into a four-diamond-two formation when they were in possession; Thomas Lemar operated at the peak of the diamond, behind a front two of João Félix and Diego Costa. Full-backs Kieran Trippier and Renan Lodi were positioned very high, so the four midfielders could remain inside to overload the three-man Juventus midfield.

Saúl Ñíguez and Koke adopted false full-back positions to encourage those full-backs to advance, so Atléti often switched play with long, diagonal passes to the far-side full-back – who was regularly free because of the ground the Juventus midfield needed to cover. When possession was wide, Atléti sought forward runs from their midfielders and attackers ahead of the full-back, who looked to cross directly or play further down the line, beyond the defending full-back, for an arriving midfielder to sweep the ball across the penalty area.

The hosts were also creative from set-pieces, as their two goals demonstrated – with José Maria Giménez, who scored their first goal, posing a consistent aerial threat. Atleti were similarly dangerous on the counter-attack – in the moment of transition, they advanced immediately with early forward passes and runs to complement them.


Italian champions Juventus used a 4-4-2 mid-block when out of possession. Juan Cuadrado withdrew to the right of central midfielders Miralem Pjanic and Sami Khedira, with Blaise Matuidi moving out to the left and Gonzalo Higuaín and Cristiano Ronaldo as the front two. Cuadrado advanced to press Atlético left-back Lodi, while Matuidi left the midfield block to close down Trippier. Lemar was consistently free, so Pjanic would withdraw from midfield to close him down if possession reached him.

In moments of defensive transition, Juve were happy to commit tactical fouls in order to nullify the threat of Atléti’s counter-attacks; the visitors regrouped and recovered their defensive shape before the free-kick was taken. It was their opponents’ switches of play that made them most wary; longer switches would result in the defending full-back advancing to Trippier or Lodi while Matuidi and Cuadrado prioritised Saul and Koke, the wider central midfielders.

Juventus were set up in Maurizio Sarri’s favoured 4-3-3 formation when they had possession, built on a midfield of Miralem Pjanic, Sami Khedira and Blaise Matuidi. They had large periods of established possession in which they circulated the ball when probing for openings, but Atlético Madrid’s organised and disciplined central compactness forced them to look wide when attempting to create.

The nature of the Atléti press meant that one of Juve’s full-backs would often be free to receive possession via a bounce pass from Pjanic, who was unable to turn because of pressure from Saúl Níguez. Once possession was wide, Sarri demanded movement from his midfielders and looked for the one-on-one qualities of his wide attackers.

Cristiano Ronaldo and Juan Cuadrado often withdrew to receive as Matuidi and Khedira made penetrative runs beyond them. Drawing the defending full-back created space for the midfielder to receive the next pass, but they were more effective when one of their full-backs advanced to cross, because of the extra numbers that allowed them in or attacking the penalty area.

While they posed a threat on the counter-attack, Sarri’s team was relatively cautious about committing to attacking runs because of the hosts’ own ability on the counter. This contributed to an overall lack of quality goalscoring chances; both Juve goals came from transitional moments in which they had evaded Atléti’s early press and exploited spaces elsewhere.

The hosts’ four-diamond-two became a flat 4-4-2 mid-block when they were out of possession – only when Juve played out from the back would they implement a high press. Otherwise, Koke moved to the right and Lemar to the left. Saul and Thomas were largely space-oriented in the middle; they remained compact and restricted penetrations instead of pursuing opponents.

Atléti often invited Juve to bring possession out from the back; when it was wide, the wide midfielder, full-back and near-side central midfielder looked to form a defensive triangle to limit attempts to play down the line, press possession and cut off passes inside for the runs of the Juve central midfielders. This approach worked well enough for much of the game, with Juve’s goals coming more through moments of transition than established possession.