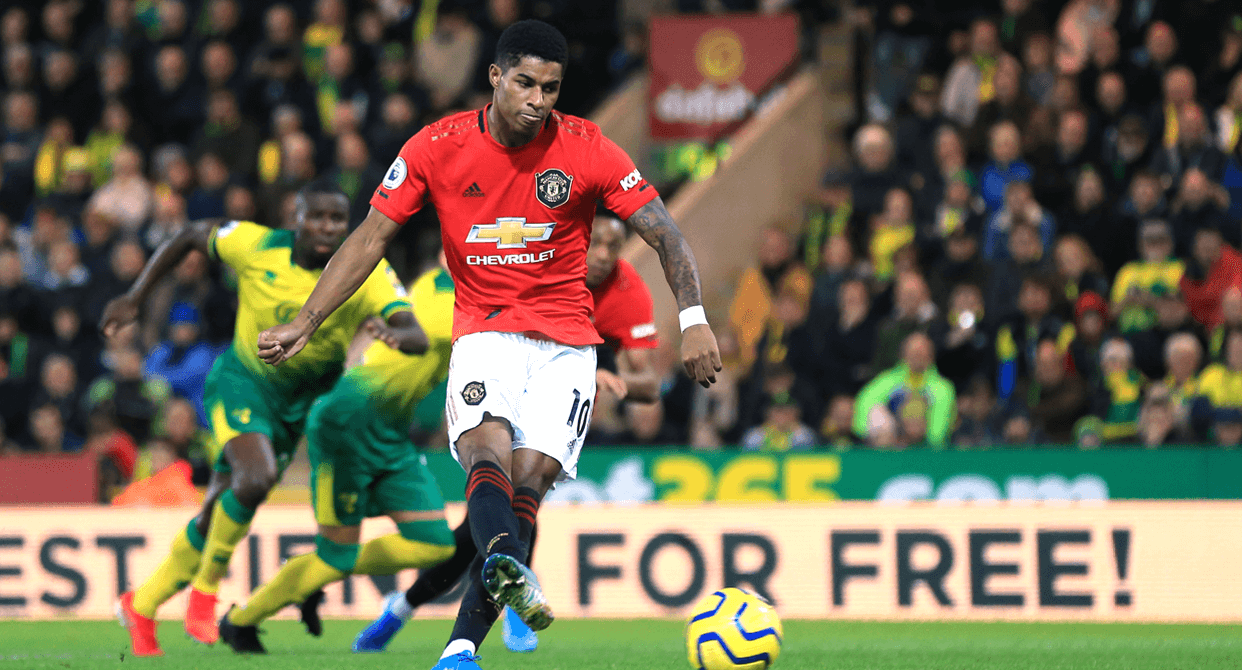 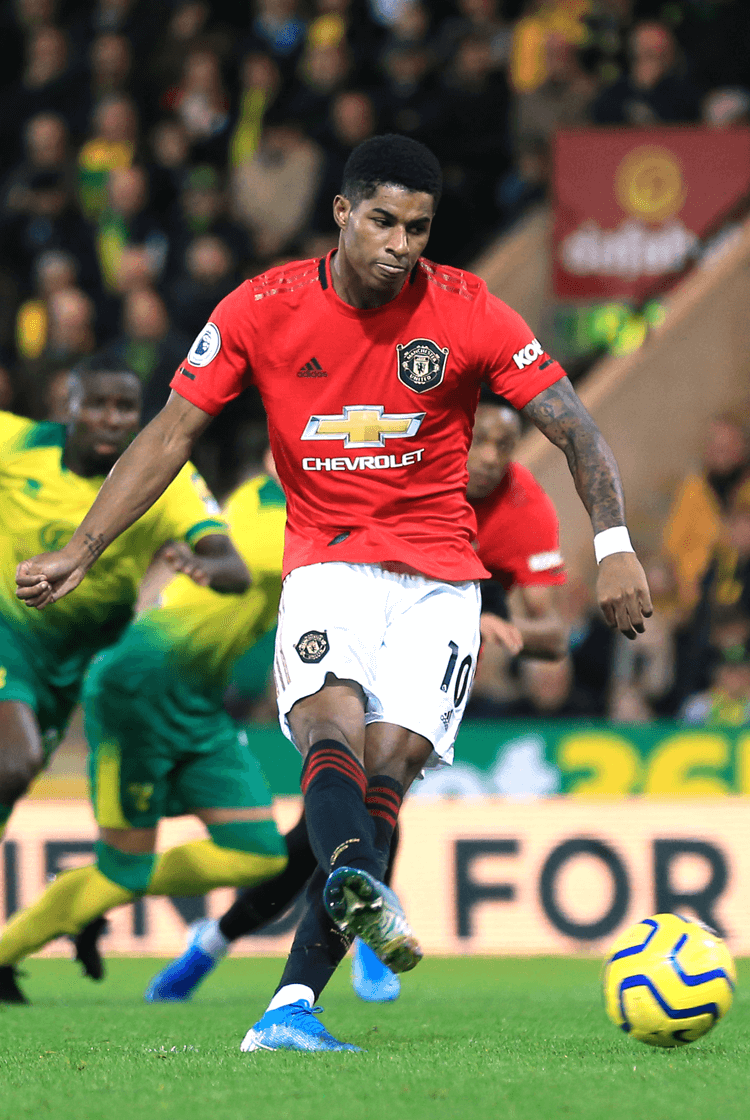 Another week in which Manchester United's fortunes improved also represented another in which pressure continued to grow on Unai Emery and Arsenal. The Coaches’ Voice experts here reflect on the key tactical points from each side's games, together with draws at Newcastle, West Ham and Watford.

Norwich 1-3 Manchester United
Manchester United's first away victory in the Premier League since February coincided with their return to a 4-2-3-1 formation led by Anthony Martial, who fluidly rotated with Marcus Rashford and Daniel James. Andreas Pereira's ability to find spaces around Norwich's midfielders linked United's midfield to their attackers in the first half; his movements encouraged Rashford and James to both withdraw and make penetrative, supporting runs in behind (below).

The decision-making of that attack, especially during moments of transition, also impressed. Their movements were well-timed and performed at such speed that Norwich struggled to defend against them and their changes of direction. Both United's second and third goals owed to quick combinations, attacking support and high-quality finishes.

Watford 0-0 Bournemouth
Attacking in their 4-4-2 structure, Bournemouth regularly pursued the spaces around Watford’s three central defenders – particularly when the hosts' wing-backs advanced. Cherries wingers Ryan Fraser and Arnaut Groeneveld assumed deeper positions to increase the spaces between the defending wing-backs and central defenders (below); the speed of Callum Wilson and Josh King encouraged penetrations in behind, and drew Craig Dawson towards possession, in turn creating further spaces.

In the second half, the visitors made an increased effort to play through central spaces and then themselves adopted a back three, so their width came via their then wing-backs. Given Watford's wing-backs remained in deeper territory and reluctant to press, Bournemouth's previous potential out wide was undermined. The result is that Eddie Howe's men failed to score a league goal in their three October outings.

West Ham 1-1 Sheffield United
Manuel Pellegrini's West Ham struggled in attack against their visitors' impressively organised mid and low blocks. They too often struggled to penetrate with passes that bypass the closest individual, which would have helped them beyond Sheffield United's midfield. Even then, they rarely had a presence between the lines.

They therefore offered underloaded, isolated attacks (below), and only scored when Sheffield United uncharacteristically failed to defend against a long ball. Only when they started to play with width and offer a presence between the lines, as they did late on, did they start to pose a more consistent attacking threat.

Arsenal 2-2 Crystal Palace
Arsenal squandered a two-goal lead as they increasingly struggled after losses of possession. Granit Xhaka and Mattéo Guendouzi were unable to protect their defence from central midfield, while visitors Palace too often broke the first line of pressure, after which they were able to find their attacking players.

That they did so was particularly influential during the second half, when the hosts' full-backs advanced in their pursuit of a winning goal, which in turn created more space for Wilfried Zaha, Andros Townsend and others, who had the freedom to attack from both wider and central territory (below).

Central midfielders James McArthur, Luka Milivojevic and Cheikhou Kouyaté similarly ensured that Xhaka and Guendouzi had too much ground to cover. They also worked to avoid counter-pressure, and quickly feed their more expressive teammates.

Newcastle 1-1 Wolves
It was a vastly improved second-half performance that ensured Wolves left Newcastle with a point. A different attacking structure on the right, provided by Adama Traoré and Matt Doherty, contributed to the 3-4-3 shape they adapted towards the final third – a shift from their usual 3-5-2.

Doherty, who in the first half had largely operated in central defence, made well-timed runs inside Newcastle’s left wing-back Jetro Willems, attacking the penalty area and the hosts' three central defenders with Diogo Jota and Raúl Jiménez (below). They therefore had a significantly greater attacking presence both in the final third and ahead of the ball.

When Traore used his pace to directly attack around the outside of Newcastle’s defensive block, they also threatened. Leander Dendoncker moved into defence to free up Doherty, with the visitors' persistence and increased ambition contributing to their equalising goal.