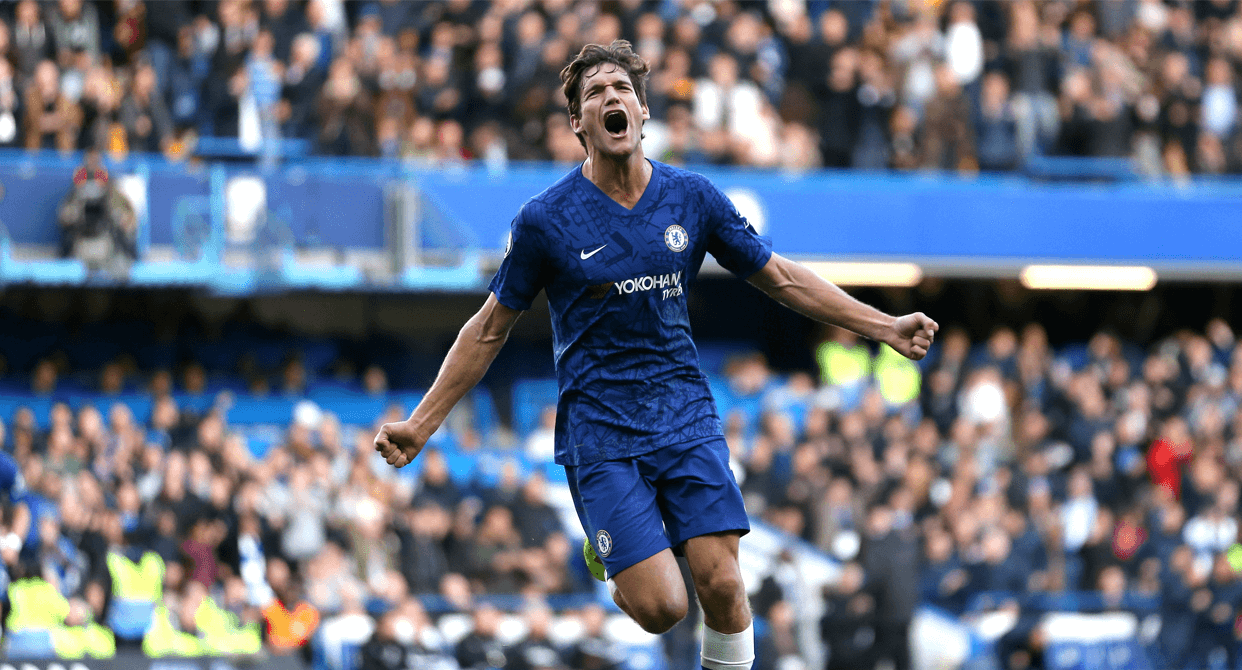 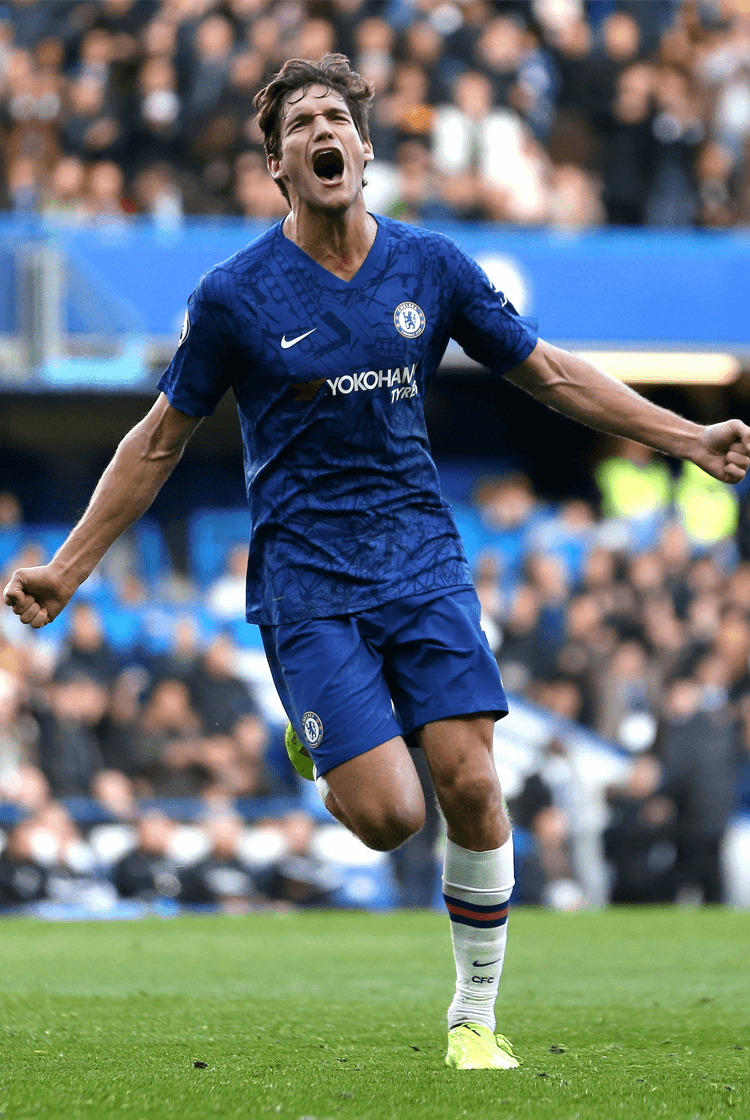 The Premier League returned following the latest international football break and, as is perhaps to be expected, much of the narrative was again dominated by the influence of the Video Assistant Referee. Resisting that very narrative, The Coaches' Voice team of professional coaches have revisited the tactical stories that underpinned the weekend's results.

Chelsea 1-0 Newcastle
Chelsea secured a fifth successive victory in all competitions, with Marcos Alonso’s second-half goal seeing off stubborn opponents in Newcastle. The visitors demonstrated potential during moments of transition, particularly through Allan Saint-Maximin’s dribbles, which capitalised on the absence of N’Golo Kanté and came amid their attempts to avoid counter-pressure in midfield. Where Newcastle struggled was for the support of a third attacker on the occasions they progressed into the final third (below).

They became increasingly predictable there, because Joelinton was the only consistent figure beyond the ball-carrying Saint-Maximin; without a further option the choice of pass was too obvious, even if Saint-Maximin’s threat after regains and Joelinton’s ability to hold, link and secure forward passes when underloaded demonstrates potential. If Miguel Almirón can be worked into a position to offer support, they are capable of finding the finishing touch.

Crystal Palace 0-2 Manchester City
Manchester City won at Crystal Palace in the absence of a recognised central defender – it was Rodri and Fernandinho who operated in central defence. With Palace organised into a low block, their best chances to attack came after regains in midfield and early, first-time forward passes. In the first half they penetrated in behind, on Rodri’s side, but were denied by recoveries from Raheem Sterling and Fernandinho.

By the time Palace managed it again during the second, City were already two goals up following finishes from Gabriel Jesus and David Silva, and their full-backs and deeper central midfielders impressively worked back as a unit to preserve their lead. Neither Rodri nor Fernandinho were targeted on the two occasions Ederson was forced into making fine saves – they largely defended well, and were key to the champions again dominating possession.

Rodri and Fernandinho provided the first phase of their builds into City’s half, often playing direct passes to wide attackers – usually those towards the far side – and therefore cutting out square passes around their full-backs, to encourage penetrations beyond the lines of Palace’s defence. The hosts’ wingers were also dragged deeper (above), in an attempt to frustrate Sterling or Bernardo Silva as they sought to attack their opposing full-back one-on-one, frustrating the Palace wingers’ desire to attack City’s unfamiliar defence.

Alex Iwobi’s energy and pressure, complemented by inside runs from Bernard and Theo Walcott, enhanced their play into the final third. If one winger remained narrow, the other, supported by the full-back on that side, provided width and support whenever West Ham adopted a narrower shape.

Central midfielders Tom Davies and André Gomes were key in regaining loose balls; when Everton’s play progressed, their wingers also offered options behind West Ham’s defensive line, occupying their disorganised central defence and freeing up Richarlison or Iwobi. Sigurdsson’s fine late drive owed to a level of quality they had been missing as they continued to create behind the visitors’ double pivot.

Tottenham 1-1 Watford
Dele Alli’s late equalising goal rescued a point for Tottenham at home to Watford. They began with a three-strong defence but at half-time – with Watford threatening on the break, even after losing Danny Welbeck to injury – they switched to a back four.

Watford’s low block drew the Spurs wing-backs deep inside their own half, from where there were spaces to attack around the Tottenham back three (above); the combination of Gerard Deulofeu, Roberto Pereyra and Daryl Janmaat on the right was particularly effective, but Watford lacked the numbers in central areas required to convert their chances. If they advanced with the speed required to punish Spurs’ recovering defenders, they also had to avoid moving possession so quickly that more withdrawn teammates were unable to offer support.

When Spurs adopted a back four, wider spaces were created for Deulofeu and Pereyra to link behind Danny Rose; even with Moussa Sissoko withdrawing into defence, the hosts’ central defenders continued to cover to their left, leaving spaces on the right that Abdoulaye Doucouré was able to target. Watford should perhaps have added to Doucoure’s opening goal long before Alli provided the finishing touch to Spurs’ late pressure.