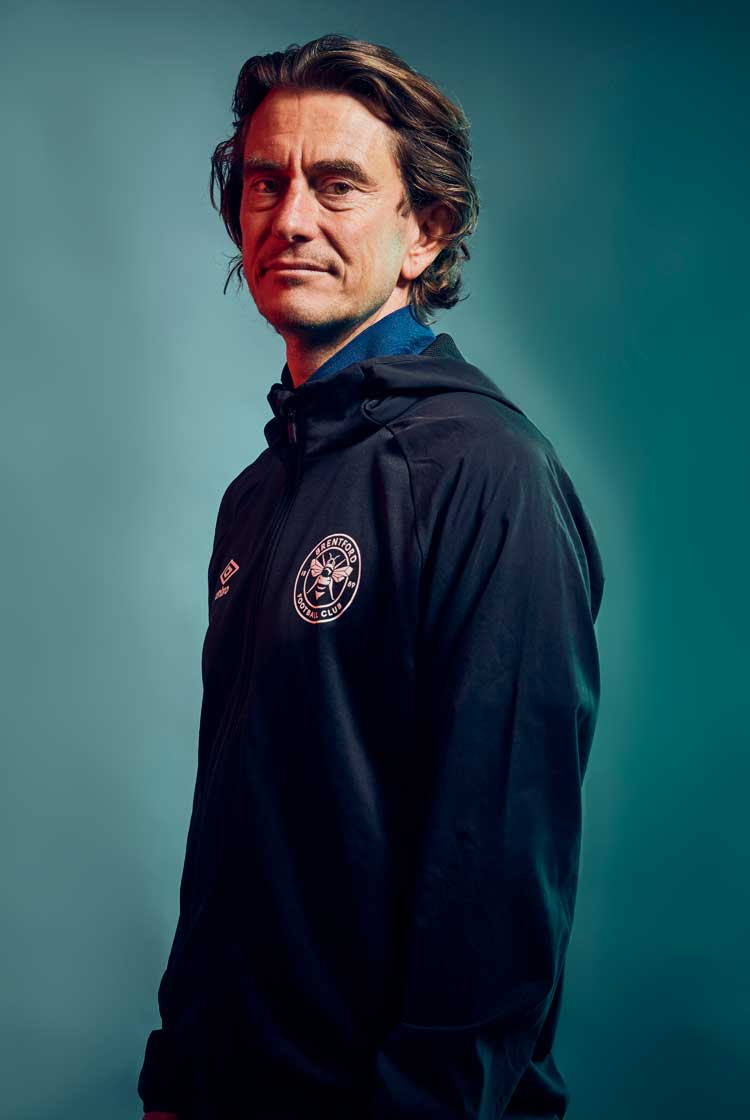 Having been convinced by the Brentford project in 2016, Thomas Frank left his native Denmark and headed for London. Despite having previously been a manager at Brondby, Frank was so excited by the Brentford owners’ plans and philosophy that he accepted a job as assistant to Dean Smith. They focused on improving the squad while maintaining their “no-dickheads culture”, working to create better people as well as better players.

After Smith left for Aston Villa, Frank stepped up as manager. Following a start so disastrous that even he admits the owners’ belief in him would have been tested, things took a positive turn. Brentford hit a fantastic run of form and only missed out on promotion after defeat in the playoff final.

Then, after losing their top scorer for a second consecutive summer when Ollie Watkins followed Smith to Villa, Brentford rebuilt again and mounted a stronger promotion push. With Ivan Toney leading the line, this time their trip to Wembley for the playoff final was successful. Frank had led Brentford back to the top flight for the first time in 74 years.

Speaking exclusively to The Coaches’ Voice, Frank tells the story of his time at Brentford, and the club’s rise to the Premier League, in his own words.