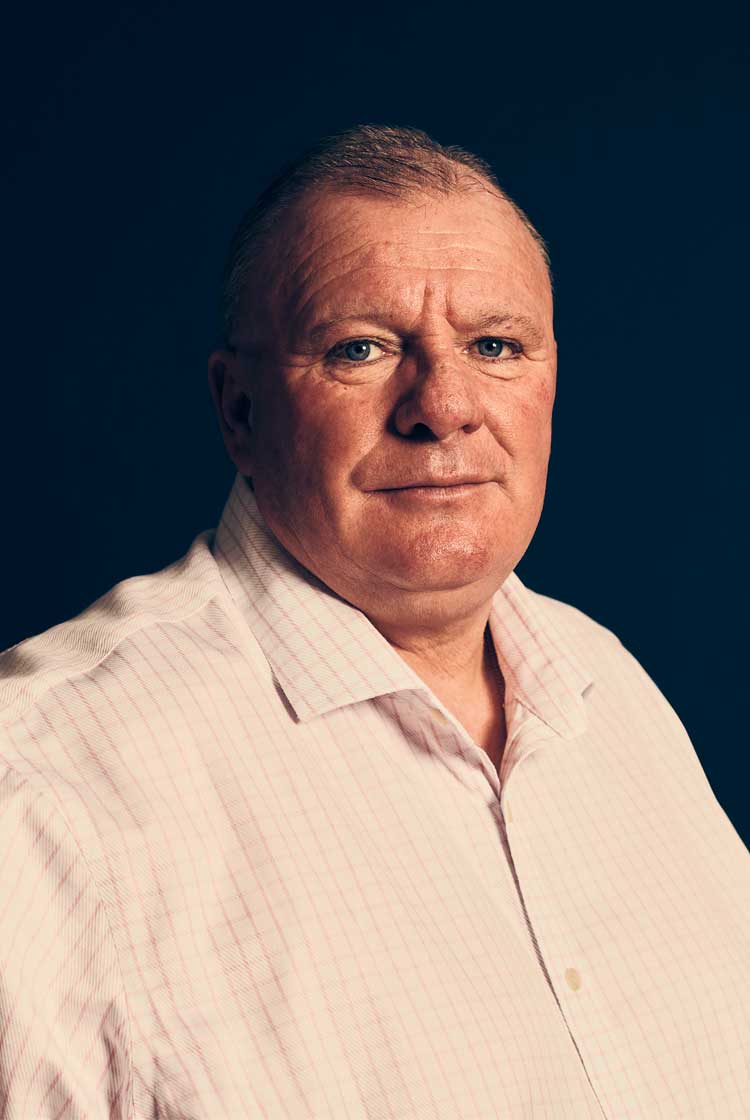 “This isn’t a normal non-league club.”

That was what Sir Alex Ferguson said about us in his pre-match interview.

He had given us the respect he felt necessary. We were non-league Crawley, going away to Old Trafford in the FA Cup fifth round, but Sir Alex wasn’t taking us lightly.

A few days before the tie, we were playing Wrexham in a league game. It wasn’t ideal preparation to have a rearranged game shunted in the midweek before you go to Old Trafford.

Just before kick-off, I heard news that Sir Alex and Mike Phelan had turned up.

I didn’t believe it at first, but there they were in the stands. Here to see what Crawley had to offer. I knew he was a professional and would take the tie seriously, but I still didn’t expect this.

We drew 0-0 with Wrexham. After the game, Sir Alex predicted they’d get hammered in their next game.

“I’ve never seen anyone work as hard for a goalless draw as they had to tonight,” he told me. “They’re going to be shattered.”

"Sir Alex challenged everyone else. He pushed the coaches and drove standards up"

Sure enough, that Saturday Wrexham lost 7-2 at home to Gateshead, who were way down the table.

Sir Alex could tell they were in for a tough game.

I’d first encountered Sir Alex at Largs  – the Scottish equivalent, back then, of England’s St George’s Park. There was a group there known as the Scottish mafia.

I first became aware of the Scottish mafia when I was invited to Largs when I was about 18. Young Scottish players were asked to go there when coaches needed players for their sessions.

I got to know lots of people from my trips up there.

And I was very lucky to watch the cream of the crop in action. I could watch Sir Alex in action, but not only that – he also challenged everyone else to put on the best sessions. He pushed the other coaches and drove standards up.

"I always want my teams to have a go. It was no different at Old Trafford"

I saw the effect he had on others. Just his presence was enough to make everyone do more. To run that extra yard.

I knew what a good coach and what a good manager he was. So to have him say he was expecting “a tough game” against lowly Crawley was special.

We’d shown how good we were on our way to the fifth round.

Clearly, we were able to punch well above our weight.

I always want my teams to have a go. I will always play with two up top, no matter the opposition. That was no different in those games against better opposition.

"We hit the bar in injury time. At the end, it actually felt like United were clinging on"

And it was no different at Old Trafford.

I told my players to go for it. We played two up top and a diamond in midfield. We got balls into the box whenever we could.

I’m more of an attack-minded coach than one who worries about what’s happening at the back.

Leading up to the game, I was surprised by how strong a team Sir Alex named. It wasn’t full-strength, but there were plenty of big names in there. Michael Carrick, Wes Brown, John O’Shea, Javier Hernández, Anderson, Rafael, Fábio. Bebé also played, but he was terrible.

First half, they were the better team. Wes Brown scored a header after a short corner. It wasn’t like they played right through us to score. A set-piece did for us.

At half-time, I told the players they could either lie down and get hammered, or they could go for it. They responded, and we battered them second half. Sir Alex brought Wayne Rooney off the bench at half-time, but we were still the better team.

"Sir Alex warned us we'd have a hangover from Old Trafford"

We were magnificent. Mike Phelan was screaming at the players. I heard Sir Alex say to Mike: “If Crawley equalise, they’ll beat us.” They were worried. They went to a 4-5-1 and brought Darren Fletcher and Chris Smalling off the bench.

We hit the bar in injury time. At the end, it actually felt like United were clinging on.

We did ourselves proud, and came so, so close. We had chances to score, but just couldn’t grab a goal.

After the game, Sir Alex was very complimentary about my team. He could see we were destined for bigger things than non-league football.

But he told me we had to make sure we won our next two games.

“Win them and you’ll win the league by a mile,” he told me. “Slip up and your season could fall apart. Most of these kids will never play at Old Trafford again.”

He knew we’d have a hangover after the high of that game. He knew we just had to get over the line and win those two games, no matter how we did it.

We played terribly, and won both by the skin of our teeth with late goals.

And he was right. We went on to win the league.

When I’d taken over at Crawley in May 2007, they had just narrowly avoided relegation from the Conference. The owners were leaving. The club wasn’t in a great state. It was miles from winning the title.

They had loads of financial problems, and after a few years in mid-table in the Conference or just missing out on the playoffs, I was thinking about leaving. My family were all near Peterborough, so I wanted to head back there.

But then new owners came in, and there was some positivity.

They told me I had to get promoted the next season. I was asked to name the players I needed to achieve that, and they put their money where their mouth was and signed a few of them.

They were really top players – for non-league football, at least. Matt Tubbs, Josh Simpson, Sergio Torres, Craig McAllister, Tyrone Barnett. We got players who were too good for teams lower down the pyramid, and got a few young players from teams higher up.

With those signings we started to think – internally, at least – that we could have a really good season. But nobody could have predicted us doing quite as well as we did.

It was incredible. We broke a ton of Conference records. Most points. Most wins. Fewest defeats. Longest unbeaten run. Matt Tubbs scored 37 goals. We finished well clear at the top of the table with 105 points.

It meant Crawley were in the Football League for the first time in their history (below). That was some feeling.

"With seven games of the season to go, an offer came from Rotherham"

Along with the FA Cup run, it was a hell of a season.

And, incredibly, we did it all again the next year.

On that FA Cup run, we beat Derek McInnes’ Bristol City and Nick Barmby’s Hull, who were both in the Championship at the time, without conceding a goal.

We eventually got knocked out by Tony Pulis’ Stoke, who were in the Premier League.

With seven games of the season to go, an offer came in for me from Rotherham. They were also in League Two but were way down the table.

I wasn’t interested at first, but then someone told me about the new stadium they were building. The offer had come in during the week, and I had to give them an answer by Sunday. So I drove up there, blagged my way into the building site of a ground by saying I was doing some painting for the chairman, and took a look around.

I was convinced. It was amazing. But I wanted to stay at Crawley until promotion was secured. I didn’t want to leave them in the lurch in any way. They had been kind to me, and we’d had great times together.

I decided to be honest with them, though, and tell them I wanted to go to Rotherham. The chairman – completely reasonably – didn’t want me staying if I was thinking about going elsewhere. So off I went to Rotherham.

I was delighted to see Crawley wrap up promotion. I celebrated it like I would have if I’d still been the manager.

It wasn’t success like Sir Alex had achieved in his career, but I was immensely proud nonetheless. Crawley have been a Football League club ever since I took them there. They’re a bigger club than they were when I went in.

Sir Alex had been right. My players and I never did go back to Old Trafford.

But we’d made our mark on him, and on one of the biggest clubs in the world. Football always leaves you wanting more, but when you earn praise like we did from someone like Sir Alex, that’s almost enough.