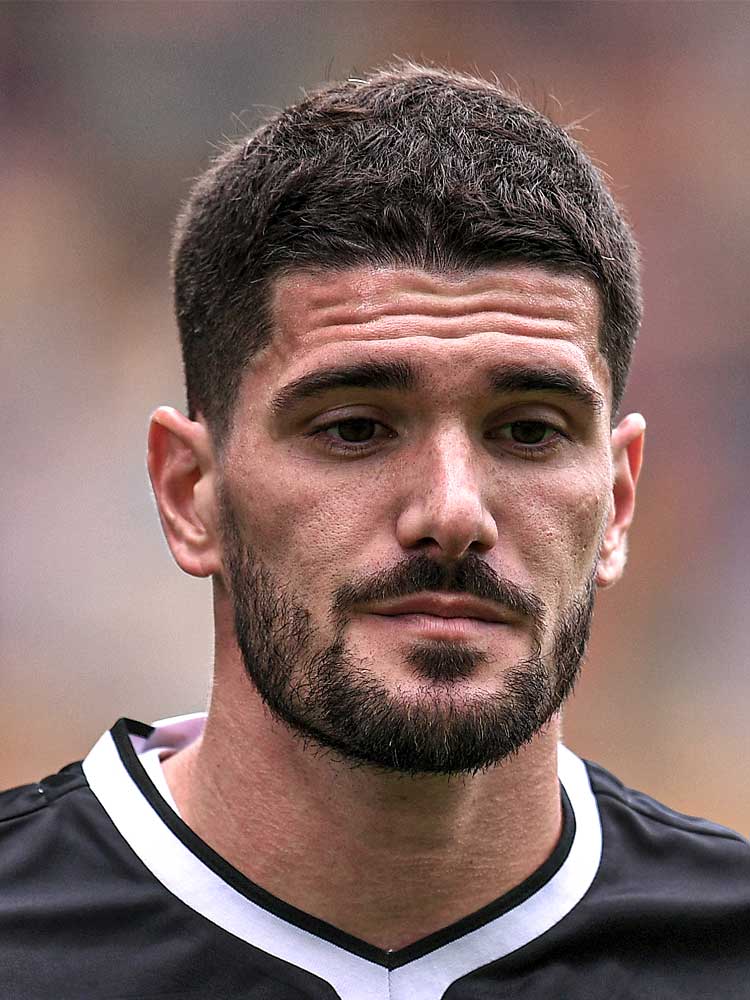 Profile
Rodrigo de Paul cost Atlético Madrid a fee of £30m when they tempted him back to Spain from Udinese with the offer of a five-year contract and the opportunity to work under fellow Argentinian Diego Simeone. Like Simeone once was, De Paul is established in midfield for Argentina, and has experience of playing for some of Italy's and – in Valencia – Spain's biggest clubs.

Aged 27 when he moved in July 2021, he is, typically for one of Simeone's signings, a player in his prime. "I'll enjoy being under his command because I grew up watching him play with Argentina's national team," said De Paul, an influential figure in the team that won the 2021 Copa America.

Tactical analysis
De Paul is a versatile, right-footed midfielder who is as proven from a right-sided midfield role as he is in the centre. He is a strong ball carrier who is at his most effective when driving through the right inside channel, and who successfully holds off opponents while doing so. That he can also sharply turn when receiving the ball (below) enhances that ability; he draws his direct opponent in to create the space he needs to penetrate through, and then potentially finishes his run with a direct forward pass.

That he complements doing so with a sound judgement of when to release the ball, regardless of whether he is confronted by a deeper defensive block or a higher line, enhances his effectiveness. He impressively reads the stride of the relevant teammate as they run to ensure that the correct pass is played for them to receive in the penalty area, or to play them into space from which they can then cross.

His incisive forward passing (below), which, similarly, is most effective from the right inside channel, has also proved capable of penetrating through opponents; through balls in the air and on the ground, to between central defender and left-back, regularly release teammates. Longer range passes are similarly effective from slightly withdrawn positions – ones he adopts when he struggles to break forwards with the ball at his feet – in the same way he impresses when creating goalscoring chances from set-pieces.

He has also demonstrated a wide variety of finish from what is his increasing threat on goal. Most of his goals come after lengthy off-the-ball runs through the inside channel and away from where possession has progressed, when he positions himself away from opponents to ensure better positions from which to shoot, whether doing so from distance or under pressure from closer to goal. Only an over-reliance on his right foot limits his attacking influence, given it leads to him using it at awkward, unnatural times when his left foot would be preferable – even if there are times he still succeeds with his right when it should be difficult for him to do so.

When he is required to defend De Paul presses with aggression (below), and responds well to losses of possession, whether he or a teammate is the one who has conceded the ball. When his passes are cut out, he reacts by holding his position to attempt to make an interception and to block his opponent, and is most effective at doing so when he resists committing to tackles.

He is even more effective at tracking runners, and is capable of doing so across midfield, which means he is as proven at tracking a run through the centre of the pitch as he is at helping a teammate positioned on the opposite side avoid being overloaded, and of tracking a run through wide territory towards the right. He regularly supports the right-back behind him by covering both inside and wide of him, and then working to block shots and crosses, and to keep the ball wide.

Role at Udinese
De Paul was used on the right of a central midfield three in Luca Gotti's preferred 3-5-2 structure throughout 2020/21. That same 3-5-2 converted into a 5-3-2 without the ball and, during sustained periods out of possession, became a low block. De Paul was responsible for play through the right inside channel, and at the start of the season was supported by the overlapping runs Jens Stryger Larsen made from right wing-back.

When Larsen was then moved to the left side of that five, and replaced on the right by Nahuel Molina, Larsen adapted by moving infield and through the inside channel, and by extension drawing defenders towards his direct runs. De Paul therefore often had increased room to receive towards the right if those towards the left succeeded in switching play. If De Paul instead received in deeper territory there were also times he proved capable of finding forward runs with his penetrative forward passing.

Udinese started 2020/21 with the front two formed by Stefano Okaka and Kevin Lasagna (above). De Paul and Roberto Pereyra provided secondary attacking support from central midfield but, as the season progressed, Pereyra was instead used alongside Okaka, from where he withdrew into midfield and therefore created further opportunities for rotations between the lines, and space for De Paul to take advantage of. There were also occasions when Pereyra moved even deeper, to link with Udinese's deepest-positioned midfielder, and when De Paul capitalised by adopting a more advanced central off-the-ball position (below). De Paul’s passing range regularly led to counters led by the direct runs of Okaka, but there were also occasions when he targeted the feet of Lasagna in the knowledge that he would hold and retain possession.

When Udinese’s right wing-back advanced – in line with or even ahead of their two centre forwards – De Paul held his position, and on occasion moved wider, from where he could provide support from behind that right wing-back before crossing from a deeper position or switching play across midfield. When he did so, Pereyra, in the left inside channel, was his favoured target.

With Udinese's attacking players occupying their opposing defenders, and their right wing-back being prioritised by the opposition's left-back, De Paul had increased space to drive forwards with the ball at his feet. By slightly withdrawing to tempt his direct opponent out of his midfield position, De Paul then made sharp movements to turn and powerfully run beyond the opponent's midfield, which proved particularly effective against mid-blocks, given the space that existed in behind for him to play passes into.

If that right wing-back was instead more reserved, and had succeeded in drawing the opposing left-back towards him, De Paul capitalised by running into the space that that created. The closest central defender, in turn, struggled to cover across, and therefore to prevent De Paul from penetrating in behind. He regularly proved capable of progressing the ball forwards either via his passing or his off-the-ball movements; it was rarer for him to do so with the ball at his feet.