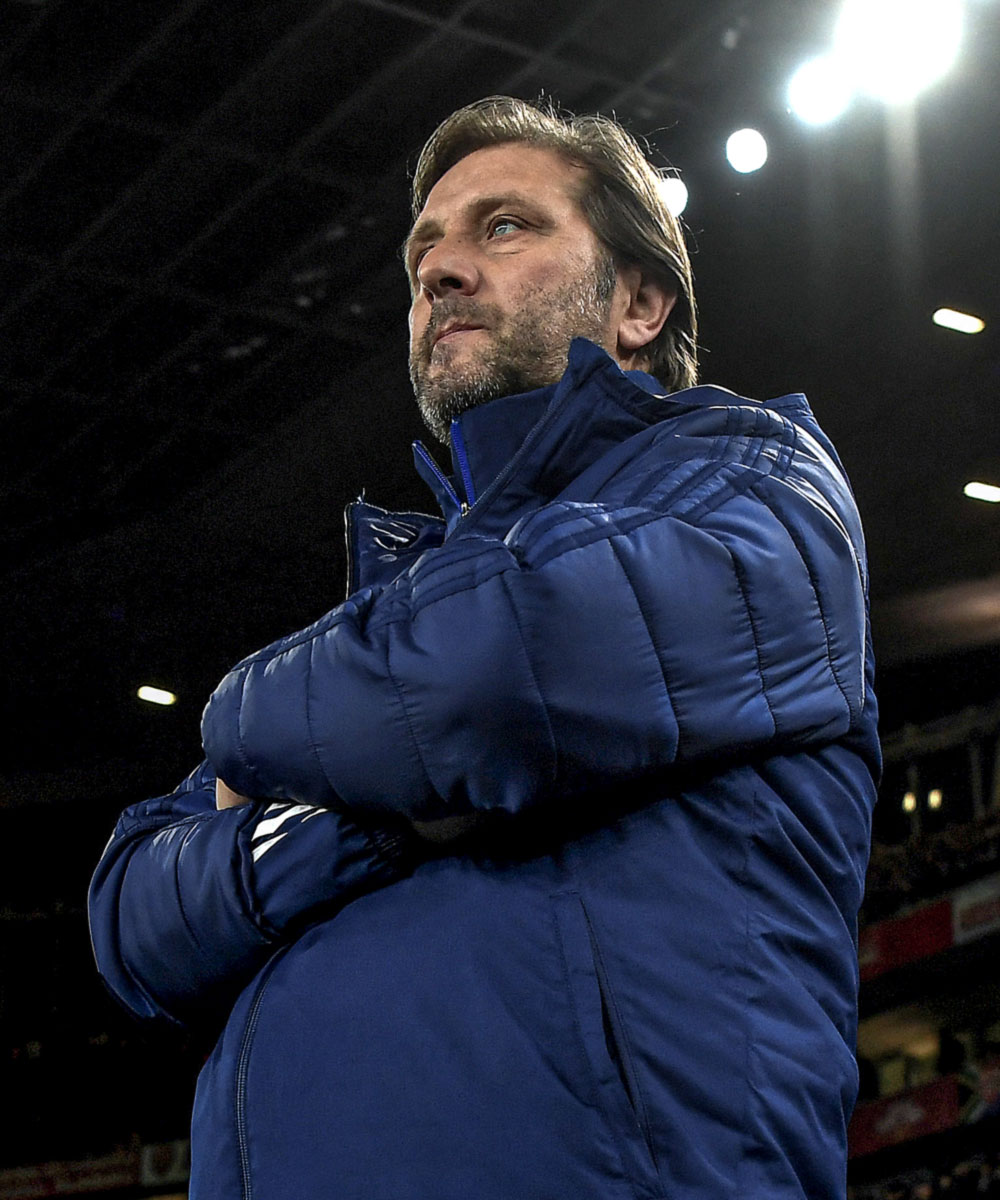 It is not easy to manage a club the size of Olympiacos.

It is a big mistake to say that Olympiacos is ‘only’ a big Greek club. In fact, it is one of the biggest clubs in Europe, no matter which way you look at it.

It is a club that is rich in its people, in its titles, in its history. It is a club with six million fans. And, as you know, they are not just any fans. Their passion for Olympiacos is contagious.

Whoever works here knows that they have to deal with very strong expectations – and that’s not just in football. It’s the same in basketball, volleyball, water polo, everything. Men’s and women’s teams. The pressure is enormous.

When I received the offer from Greece in 2018, I didn’t hesitate to accept it. After all, I had had a lot of time to think about it. Olympiacos had already contacted me a year earlier, but the deal did not go ahead for a number of reasons.

A year later, the context was different. I didn’t want to let the opportunity slip away again.

It was my first opportunity outside Portugal. Many people thought it was a risk to take on such a big challenge in my first experience abroad.

"olympiacos were coming to the end of a very negative season. there was great anxiety"

But I had a lot of experience in football, and the essence of the game is the same everywhere. It was not like I just discarded everything I had learned, whether at Marítimo, Rio Ave, Vitória de Guimarães or the youth clubs I coached, before I came here.

The total opposite, in fact. All those experiences were crucial in helping me understand the particularities of a challenge that was supposed to be ‘risky’.

In terms of it being my first international challenge, I encountered no problems. Within the context of this particular club, there were some challenges. Olympiacos were coming to the end of a very negative season. There was great anxiety at the club, around the need to build a new squad.

To get an idea of the picture, more than 20 players left the club. I started in the job before the end of that bad season. Not on the pitch, but behind the scenes: planning the squad for the next season.

That was good, because it gave me more time to draw conclusions. In the end, we put together a very good group with enormous quality, with a mix of experienced and young players just starting their careers.

The rebuild was based on a philosophy, an idea of the game very much connected with the history of Olympiacos. The profile of the player we were looking for had to identify with the club.

We didn’t win any titles in my first full season, but we had rebuilt the squad. That paved the way for the victories to come in the following years.

When a club that is used to winning titles does not win, there is always someone who raises questions about the coach’s job. The board understood that we were on the right track, however – our performances on the pitch left no room for doubt.

My continuing in the job might have come as a surprise to those who do not follow football closely in Greece. After all, none of the Portuguese coaches who preceded me as Olympiacos coach stayed at the club very long.

Not one of Leonardo Jardim, Vítor Pereira, Marco Silva and Paulo Bento stayed for more than one season – but that never bothered me. A change of manager is not unique to Olympiacos.

Marítimo also had a reputation for changing coaches a lot, and I stayed there for four and a half years. I do my job, I concentrate exclusively on my work. Today, four years after arriving in Athens, I am the longest-serving coach in the history of Olympiacos.

"if you only think about winning, you end up forgetting to work"

Our second season was extraordinary in every aspect. We did well not only in domestic competitions, but in European competitions too. It was gratifying to experience those moments; to enjoy the fruits of the labours we had started a year earlier.

For me, that was our best season since I came to Olympiacos. We had great nights in Europe. In the Champions League qualifiers, we eliminated Viktoria Plzen, Istanbul Basaksherir and Krasnodar, who had knocked out Porto in the previous round.

We reached the group stage and got into a very difficult group, from which Bayern Munich and Tottenham advanced. We finished third, though, so went into the Europa League knockout stages. There, we eliminated Arsenal, winning the decisive match at the Emirates (below) – before losing to another Premier League team, Wolves, in the last 16.

In the Greek championship, we finished 18 points clear of second-placed PAOK, then coached by Abel Ferreira.

The following year, we won the league again – and with an even bigger points advantage over the runners-up. Then, at the end of my fourth season in charge, we won a third consecutive league title. This is something that, in the modern era, only Dusan Bajevic has achieved for the club.

Looking back, I am convinced that we have done an extraordinary job. The situation was complicated when we arrived, but we knew how to stay calm and make the best decisions – and we had the patience to wait for the results on the pitch.

After winning the league for the third time, many people wonder how we can keep on winning. The only answer I have is work. What happens in the future depends on what we do today. If you only think about winning, you end up forgetting to work.

From a personal point of view, I am happy at Olympiacos. The club offers me all the conditions I need to do my job. As long as I am happy, I won’t think about moving and looking for new challenges.

Who  knows? Maybe one day in the future, if an offer comes along that is beneficial for me and for the club, we can look into it. In my case, what attracts me is the professional challenge. I am a club coach and I want to play in competitive leagues – for example, a competition like the Premier League.

At the moment, my focus is exclusively on Olympiacos. I have two more years on my contract. Next season, we have to get into the Champions League. It’s very important, both for the club’s image and financially. On top of that, we are going for our fourth consecutive Greek championship.

My meeting with Olympiacos was the perfect marriage. Of course, neither I nor the club could be sure at the time. But, in retrospect, it is clear that the context was ideal for what was to come in the subsequent years: mutual growth.

Together, we evolved. And we brought Olympiacos back to its usual place of prominence.

Not only as a Greek great, but as a European great too.