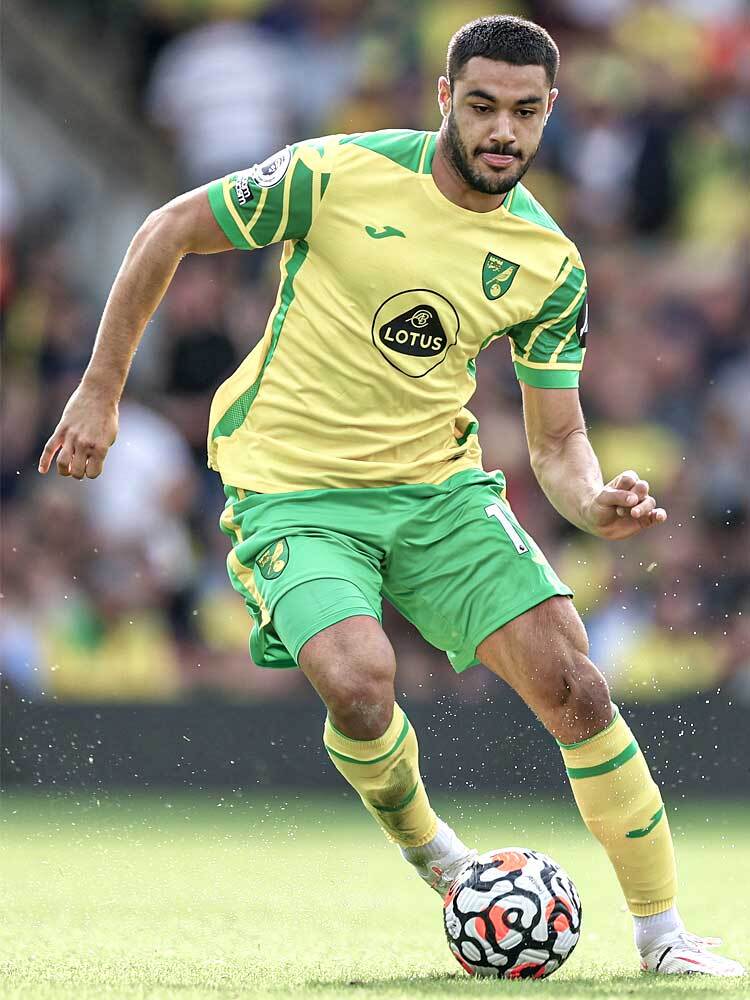 Profile
After six months on loan at Liverpool, Ozan Kabak returned to the Premier League for the start of the 2021/22 campaign with newly-promoted Norwich. Having joined an injury-hit Liverpool alongside fellow central defender Ben Davies in the January transfer window, the Turkey international played a significant role in the second half of the season, but he was unable to convince Jürgen Klopp to sign him permanently.

Another German coach, however, saw enough in Kabak to give him another opportunity in the English top flight, with Norwich’s Daniel Farke bringing him to Carrow Road. “He is full of potential,” said Farke. “It is no coincidence that he has played for big clubs in Germany, [and] also a club like Liverpool brought him in last season. At 21, to have played several games at Champions League level, we are unbelievably happy that we have him.”

Tactical analysis
Kabak is a proactive defender who likes to move out of his team's defensive line to compete for the ball. His instinct is to challenge his opponent, and as a result of his making plenty of attempts to win the ball, he has learned when to hold his position and when to commit to a duel. He also makes good decisions as to whether to cover behind a teammate, or even follow an opponent into midfield. When moving out to press in wide territory he uses the touchline to shut off the space his opponent has to move into.

His upper-body strength is a big asset both when duelling and when defending out wide, and he uses his arms and his significant frame to move across his opponent, particularly if that opponent is attempting to knock the ball past him and beat him for pace (below). He uses his strength to block his opponent off, or to shield the ball until he can make a clearance or a pass. He is more confident when tackling with his right foot, and that sometimes means stretching to make contact with the ball. He is also good in the air, and attacks high balls towards his defence aggressively, and he is also effective when defending against crosses.

Despite being right-footed, Kabak is comfortable on either side of central defence. However, he is better on the right, and more at ease carrying the ball forwards when playing as a right-sided centre-back. When bringing the ball out of defence, he can combine with teammates in the right inside channel, and can also effectively switch play towards the left. Naturally, he is less comfortable when trying to play from the left side of defence into the left channel, and switches of play with his right foot are more awkward to execute from the left. Nonetheless, he can play there if need be.

He has good passing ability, though, and there is plenty of variety to his distribution. He can retain and recycle possession effectively, but he is also capable of sparking an attack into life with a fast, vertical pass to break lines (below). Given his confidence with the ball at his feet, he is happy to step into midfield when he has the chance to do so.

He could do with improving the accuracy of his passing, because he has the ability to make important passes to start moves off, but they are sometimes a little wayward. Another weakness that he needs to improve is his decision-making when he follows an attacker into deep territory, because he can struggle if they turn and accelerate into the space behind him.

When he does commit to following an opponent, he needs to make sure that they do not get away from him, even if that sometimes means bending the rules or conceding the occasional free-kick. Closer to goal, he is sometimes overzealous in his attempts to block shots, and can be beaten if an attacker is alert to that and quickly turns on to their other foot.

Role at Norwich
It’s no coincidence that Kabak, who is so comfortable with the ball at his feet, has played for teams that like to keep the ball and play out from the back. It was for that reason that Liverpool felt confident signing him while Virgil van Dijk, Joël Matip and Joe Gomez were out injured, and it fits that Daniel Farke would want a player of Kabak’s ability in his defence at Norwich.

Norwich won promotion from the Championship in 2020/21 dominating possession, and they did not change their style of play dramatically upon their return to the Premier League. Kabak fits right in at Norwich.

Farke has, however, experimented with a back five after conceding too many goals early on in their first season back in the top flight, and the switch from a four-man to a five-man defence created a space in the team for Kabak. The Turkey international lines up on the right side of the three central defenders, with Grant Hanley and Ben Gibson alongside him.

In possession, the three of them split wide across the pitch, with wing-backs Max Aarons and Brandon Williams or Dimitris Giannoulis pushing into midfield (above). Norwich will build play through the wide areas, so it will usually be Kabak or Gibson who brings the ball out of defence. He is happy to do so, and will step into midfield with the ball if an opposition forward presses him towards the touchline in order to cut off any square ball. Kabak is calm enough on the ball that he can receive in deep positions, and Norwich have patterns of play to pass their way out of defence and get their central midfielders on the ball (below), although they do need to do this more consistently.

Out of possession, Norwich form a 5-3-2 block, with little space left between the centre-backs, and the three central midfielders sitting close to the defenders to block the central space and force play into the wide areas. Here, Farke backs his wing-backs in one-on-one situations, and trusts that if they are beaten the three centre-backs – all of whom are big and good in the air – will be able to deal with crosses.

Kabak has slotted in seamlessly at Norwich, and he already plays an important role in their in- and out-of-possession strategies. In his short time at Liverpool and his early days at Norwich, Kabak is proving more than capable at Premier League level.