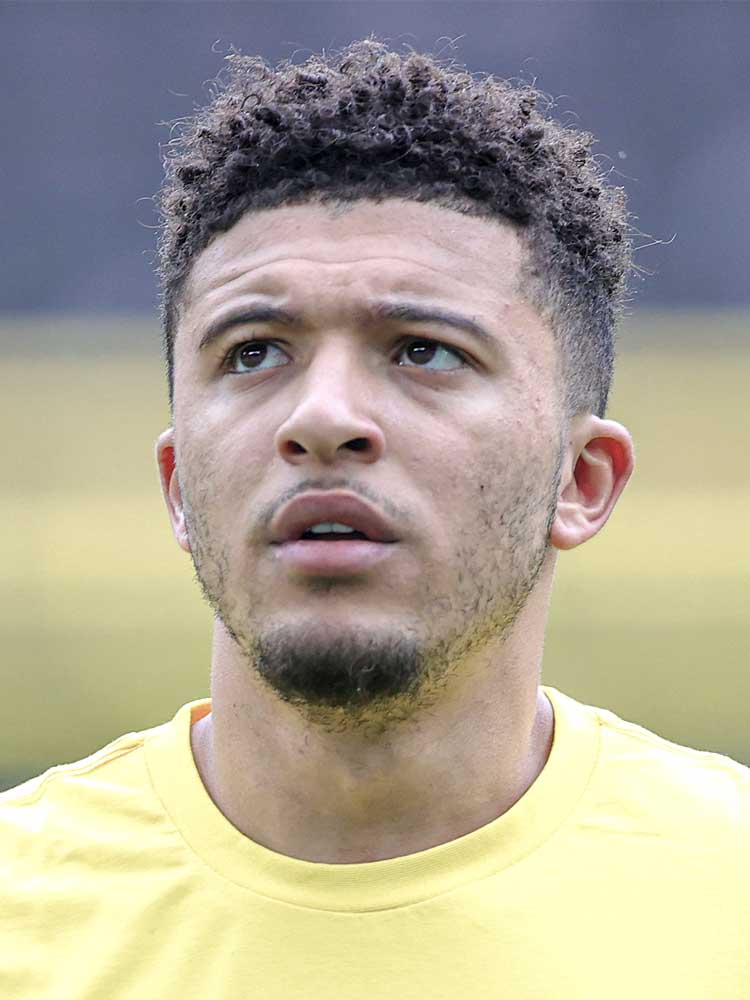 New signing Jadon Sancho will add some much-needed versatility to Manchester United’s front line. Able to play on either the left or the right, he is a different kind of player to any other at Old Trafford, which is exactly why they will have pursued him for as long as they did.

Marcus Rashford has shown that he is most effective when cutting in from the left side, while he is not a strong enough finisher to lead the line for a team with ambitions of challenging for the Premier League title. The centre-forward position is where the most uncertainty lies, and manager Ole Gunnar Solskjaer will be hoping that Sancho can help bring out the best of some of his previously tested options.

Mason Greenwood, who has mainly played on the right in his short career so far, is likely to be pushed into the centre-forward role over the coming years as he matures physically – but he isn’t ready to play that role consistently just yet. Edinson Cavani, who starts the season aged 34, is coming towards the end of his career and so won't be available for every game. Anthony Martial has failed to fully convince in either a wide or a central role. This means Solskjaer is likely to chop and change his centre-forward once again, in the hope that patches of form for each can fire their title challenge, with Sancho providing for them.

Across Europe’s top five leagues in the last three seasons, Sancho ranks eighth for total goals and assists, with marginally more assists than goals. With Rashford, Greenwood, Cavani and Martial all better finishers than creators, Sancho could help to get more out of those players.

Rashford, Martial, and Greenwood tend to flourish most on the counter-attack, when they have space to drive into with the ball or when they are able to run in behind the opposition’s back line. These movements are often coupled with them cutting inside and shooting at goal or to receive a penetrative pass, often from the influential Bruno Fernandes between the lines.

Where Sancho should add to United’s attack is in his decision-making in the final third, and his ability to release the ball intelligently to put a teammate in on goal. Add to that his exceptional dribbling and vision, and you have a player who could make a huge difference when United are attempting to break down a deep block.

At Dortmund, Sancho benefited from the enthusiastic and regular movements in behind of Erling Haaland (above), which will be mirrored by Rashford and Greenwood at United. He should also work well with Cavani, whose movement closer to goal is outstanding.

Sancho often combined with Marco Reus, Giovanni Reyna and Julian Brandt between the lines. Fernandes and Paul Pogba are likely to complement his dribbling threat in a similar vein.

Sancho also enjoyed using the overlapping runs of full-backs Raphaël Guerreiro and Thomas Meunier, which Luke Shaw will certainly provide on the United left. Fernandes’ movements towards the right should help account for Aaron Wan-Bissaka’s less attacking approach from right-back.

Sancho is a hugely exciting signing who could transform United’s attack, and – Solskjaer will hope – help get even more from the players already at the club.