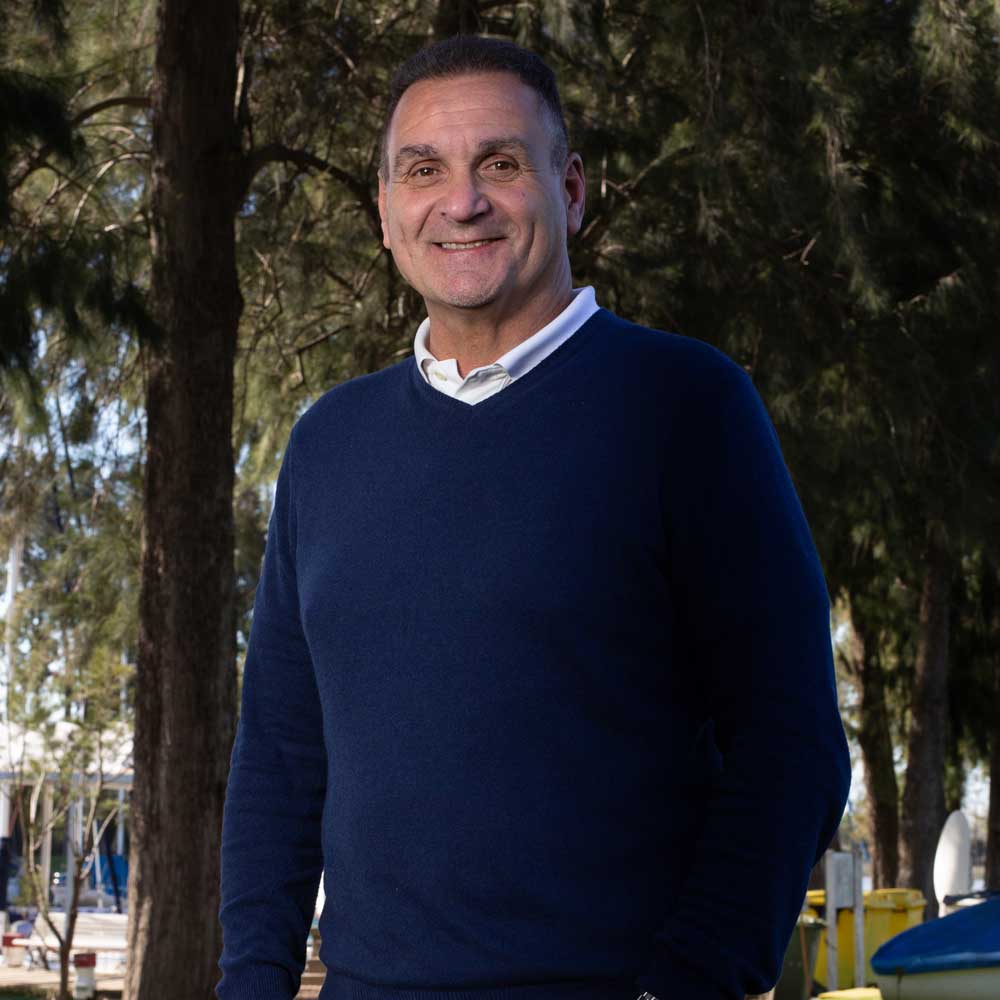 Diego Maradona is often used as an example that a great player doesn’t necessarily make a great coach.

But anyone who says that was wrong. Diego, without a doubt, was a great coach.

The first time he asked me to work with him as a coach was in 2011. He was at Al-Wasl in the United Arab Emirates. It was very difficult to say no to him because he was a friend, but I told him I couldn't.

Then, in 2017, the Fujairah job came along. That was also in the UAE, and Diego contacted me again, so we went there together. This second time it was different. Diego asked me to help with planning, analysis, a work structure. And I love that side of coaching.

We thought alike and discussed our ideas on the game: to be an aggressive, attacking team, to put pressure on the opposition. We always came to the same conclusion; we were convinced of what we wanted.

Tactically, we discussed everything. But we didn't let too many other opinions in; these discussions were between me and him. Eventually, we extended things to include the other coaches, the video analyst and other members of staff.

Diego was very happy on the grass. He enjoyed training. He lived it intensely. I think we made a fantastic duo.

"I want to highlight Diego's human qualities with the players. His humility. His simplicity"

If as a player he had been unique – the best of them all – as a manager he also had something different. No one could spark what his presence did in the players: adrenaline, enthusiasm and confidence.

He gave them freedom, which is a fundamental factor in coaching.

Sometimes, we would deliver a technical presentation focusing on our analysis of the opponent. Then Diego would take over, and he always spoke straight from the heart. These were inexplicable, they just came out in the moment. He never planned them.

For the players, to have him standing in front of them and talking like that was something very powerful.

In training, Diego always got involved in the work with the ball. He participated. And when he kicked the ball, he kept that exquisiteness, that ease, the precision he always had. The players were in awe of him.

And I want to highlight, above all, Diego's human qualities with the players. His humility. His simplicity. When they scored goals, he embraced them.

In the UAE we found a way of life, a way of playing football, and a history of a country we were not used to. The people pray five times a day, and there are times when the players have to do it.

"I had packed my suitcase and everything was ready to go, but then the Dorados job came up"

And the Arabic language is very difficult to learn, but luckily I speak English quite well. Once you start to discover more about the people there, it's a fantastic country.

And in terms of how the team was doing, they were empowered. The players understood that what they had worked on during the week was reflected in the match.

We organised a 'little Argentina'. Diego was with his girlfriend at the time. I was with my family, who arrived a month later in the country. When I work abroad, I always do it that way. There comes a time when I have everything sorted out, but before that I need to concentrate on work.

Our group was made up of five or six people who shared lunches and dinners. We usually played on Fridays, so sometimes we spent Saturday or Sunday together with Diego and our people.

He was passionate about all sport, but he loved boxing. He knew a lot about it. And he would put on a bag and practise at home. He really enjoyed watching it on television.

But every other moment it was all about football, football and more football. I went to work to grow as a coach. I am happy when I coach, and that's how we lived it there. Fujairah gave us everything in terms of structure. We lacked nothing at all, and we were so happy there.

"There is no pressure that he cannot bear. At every training session, there were 10,000 people watching!"

After the Emirates, Diego went to Belarus and I went back to Argentina. One day, after we were both settled, he called me. "Luis, this is your president speaking. I'm now the president of Dynamo Brest and you're my coach.”

Yes, Diego was the president of the club!

Obviously, I said yes and started watching videos of the team. I had packed my suitcase and everything was ready for me to go there, but then the Dorados de Sinaloa job came up.

I was more relaxed about that option because I know Mexican football very well, so we made the decision to go to there. In just one day we changed from winter clothes in Belarus to summer clothes in Mexico.

The adaptation to Sinaloa was different, and this was where Diego’s ability came in. Football may be the same in every corner of the world, but the way of the people and style of play are not. As a foreigner, you have to get used to it. I knew Mexico because I had already played and coached there, and it is more accessible than the Emirates.

But also, everything that Diego generates had been multiplied by 100 in Mexico. There is no pressure that he cannot bear, and that helped me a lot. At every training session, there were 10,000 or 15,000 people watching! Imagine that!

"diego had the dream of one day managing argentina again. we always talked about it"

As a coach, that puts you under real pressure. You're constantly exposed. Being with Diego meant high expectations. Everyone expected Diego to do well, and sometimes that didn't happen.

When we lost the second division promotion playoff final, the first thing we did was congratulate the players. Obviously, when we got back on the plane we were sad. I suffer a lot when I lose, but we couldn't say anything to the players. They had done a great job during the season. We didn't get promoted, like we had done in the Emirates, but Diego's work, and the great results, had been plain to see.

During the time I spent with him as a coach, Diego had the dream of one day returning to manage the Argentina national team again. It didn't happen, but I do know that he was capable and ready to lead them again. We always talked about it.

Today, Argentina, fortunately, has a great coaching staff under Lionel Scaloni, and a team that is truly captivating. I love watching them play.

Diego also had two other dreams. He spoke wonders about Napoli. He had beautiful memories, and he would have loved to have coached there. The other was to return to Boca Juniors, who were always on his mind during our talks.

For my part, I had one particular dream. I'm going to tell you something I’ve never told anyone. I once had a chat with one of the directors at Independiente, and I said to him: "I'd love to manage the club, but with Diego."

I had that possibility in mind. And I know that Maradona would have loved it because he had a lot of respect for El Rojo.

"he had a special talent for managing a group. we wanted to take teams to the maximum of their potential"

Among the periods we shared as players – we played together for the Argentina national team for 10 years, between 1984 and 1994 – and as coaches, it was the latter that were most intense. I think that's why I got so much out of it. There were just two of us in it together, and we had a lot of pressure on us.

As footballers it was a great pleasure to be with him, because Diego alone, at any moment, could break an opponent in two. He had a supreme level. And we were world champions together in 1986.

But as a coach, I found a great manager. He had a special talent for managing a group. We wanted to empower the players. We wanted to take the teams to the maximum of their potential.

What's more, when we won, people would automatically say: "Diego's team won." He he would quickly reply: "No, no, it is Luis and Diego's team."

That was his greatness.

In 2019, we parted ways. Not because of anything specific. It was simply a professional decision for both of us. I had experience as a head coach in Bolivia and Argentina, so I already had a coaching staff. When the job at Dorados ended, I spoke to Diego and explained to him that I was going to return to management with my people.

"when his name is mentioned, it gives me joy. I am still full of respect and admiration for him"

During that time, he got his chance at Gimnasia in Argentina, and I got mine at Sol de América in Paraguay.

But we ended on good terms, in the best way possible. Two people talking straight to each other.

From Paraguay, I followed Gimnasia, and I know that Diego also followed my team. I wanted things to go well for him. I really enjoyed it when they paid tribute to him in every stadium. They would put a huge armchair where he sat.

There is something I will never forget in my life and that is the time I lived with him while we were coaches. One day, after a game with Dorados in which things had gone well, he grabbed my hands. He looked at me and said: "Luis, you are my footballing eyes." When I tell the story today, it makes my skin tremble.

He said something simple, but beautifully powerful.

I love him and I remember him always. I know he is now resting with his mum and dad. But when his name is mentioned, it gives me joy, and I am still full of respect and admiration for him. He has been so important to me.