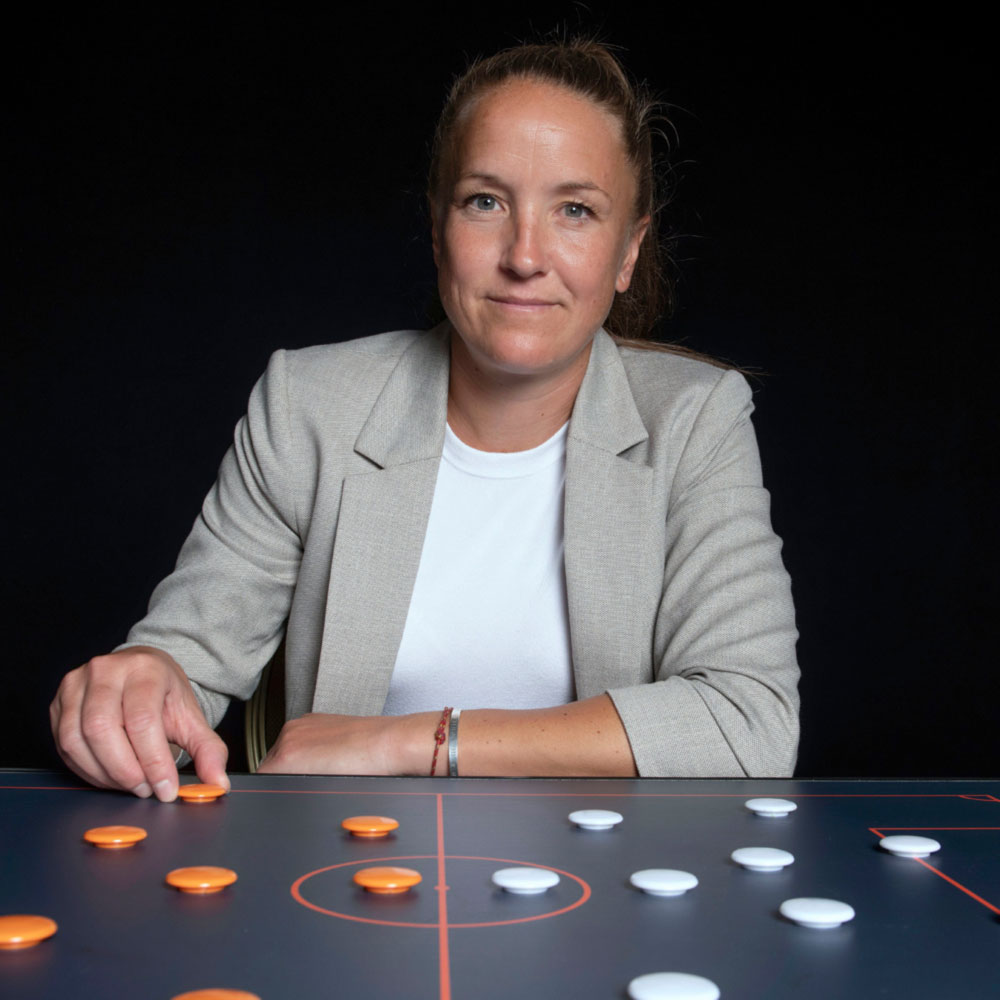 In the second of three exclusive Coaches’ Voice Masterclasses, Casey Stoney looks back on a hard-fought 2-2 draw between her then Manchester United team and their powerful local rivals in November 2020. They faced a Manchester City team whose starting XI featured no fewer than seven members of the England Women squad that would go on to win Euro 2022, including a front three of Ellen White, Georgia Stanway and final hero Chloe Kelly.

The fixture came hot on the heels of an important victory against another WSL powerhouse in Arsenal, which was the subject of Stoney’s first Masterclass with us. Here, she reveals the tactical approach she adopted in a bid to stop City’s influential playmakers ­– centre-back Steph Houghton and midfield pivot Keira Walsh – from dictating play, and explains why the plan failed in a first half that saw her team fall 2-0 behind.

She goes on to describe the tactical adjustments she made ahead of the second half, and how one of those led directly to the goal that kicked off the United fightback. It’s another great insight from an articulate coach having an impressive first season with San Diego Wave in the NWSL.