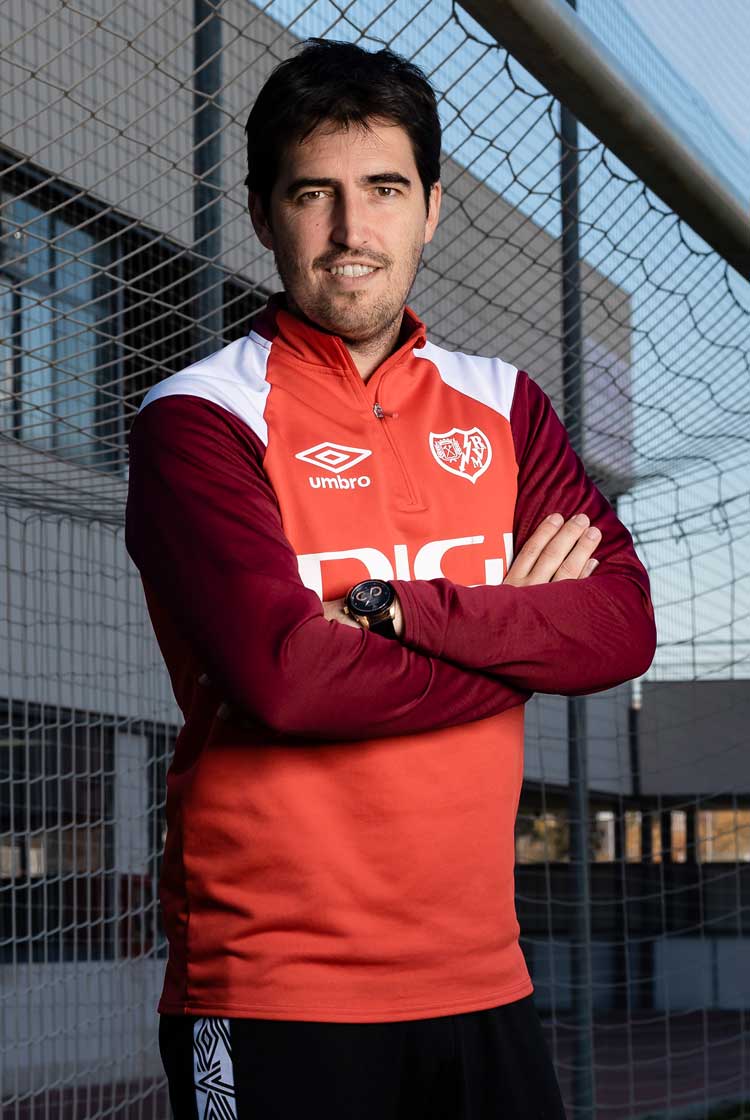 I didn’t have a plan for what I would do at the end of my playing career.

As a footballer, I only had the experience of a dressing room at Athletic Club (below). More than 15 years at the same club and in the same city.

I have always said that I am delighted it happened that way, although I did feel curious about what it would be like to have a different professional and personal experience. To interact with people from different countries.

That chance came with New York City in 2015. To go to New York was undoubtedly the right decision. Not only because I got to know a different competition – one not as competitive as La Liga, although still a very good quality – but also because I had the opportunity to live in Manhattan.

Right at the heart of the city.

I thoroughly enjoyed this experience. It was a very different way to experience all that surrounds a football team. At Bilbao, you feel like you have a lot of responsibility because everybody – all the players, staff, everyone – is very much an Athletic fan.

That was completely different in New York.

"Patrick Vieira gave me a new perspective on the game"

I arrived in the middle of the 2015 season. I had a period of adaptation at first, but I had my whole second season with Patrick Vieira as my coach, which was a joy.

On the pitch, it was a huge individual change for me. I didn’t have the legs to carry on as a full-back, which is the position I had played throughout my career, so I switched to playing in defensive midfield. That was Patrick’s decision.

I had Andrea Pirlo in front of me, Frank Lampard a few metres ahead, and David Villa as a striker (below).  Quite something, right?

Then there were some other players at different stages of their careers. Angeliño, who has gone on to play at RB Leipzig, and also a very young Jack Harrison, who has thrived at Leeds under Marcelo Bielsa – a coach, by the way, who I was lucky enough to work with at Athletic. And I say lucky because it was incredible to be with him.

Patrick (below) gave me a new perspective on the game, because he came from the Manchester City school, where he had trained as a coach. A positional game, in a 4-3-3, with the intention of looking for the free man and keeping everyone in their position.

It was very different from what I had experienced at Athletic. He also used his experience as a midfielder to help me.

I used to talk to him and he would show me how to position myself in front of the centre-backs and behind my more attacking teammates – keeping my distance, and not moving to the flanks too much.

"It's about not letting your instinct take over, and keeping that position based on helping your teammates," he told me.

In the end, playing as a defensive midfielder is about trying to balance any possible mismatches that occur during the game. And I was very happy to do that.

That new perspective on the game also had another consequence: it led me to think about becoming a coach. It’s true that I still had plenty of doubts, especially because it is a job that requires many sacrifices – family being the most important of all – but at least now I knew I wanted to try it.

Outside of football, my interest in coaching was also there when I became more aware of the NFL, which I have been a follower of ever since. I see American football as a sort of extension of the set-pieces we have in our game. The blocking, the clearances, the overloads.

So, New York City – the club and the city itself – ended up being the prelude to everything that came after. The starting point of a new path.

The next step on that new journey was to return home, to San Sebastián, in the Basque Country. Once there, I started my coaching badges, combining studies with training internships.

Returning home also meant coming back to my first team: Antiguoko. I remember the games there when I was a kid very fondly. We used to play on La Concha beach on Saturday mornings. Among my teammates were Xabi Alonso and Mikel Arteta, who also came from there.

After returning to Antiguoko, I started as an assistant with the 18-year-olds, setting up the cones for the drills. Then I took on more responsibility to learn, little by little, what the job of a coach is: how to prepare training sessions; how to distribute workloads properly; how to manage games. Things that you have experienced as a player, but that you don't master until you start doing them yourself.

However, the move to an elite team came out of the blue. Ander Murillo, who had been my teammate at Athletic, was the Sporting Director of AEK Larnaca. One day, he phoned me.

"We were lucky enough to reach the group stage of the Europa League, and I won my first title"

Ander knew that I was about to finish my training as a coach. So, I took my last qualification in June 2018 and only a month later I was helping out with the Europa League qualifiers at AEK Larnaca (below).

Cyprus was good for me to test myself. To see which of the things that, as a player, I had thought could work, but also which ones were not so good. In short, it was my first chance to make decisions and make mistakes. That's the only way to test yourself.

When the bullets are real.

We were lucky enough to reach the group stage in the Europa League and I also won my first title, the Cyprus Super Cup. A modest title, but it will always be the first of my career.

However, maybe that success in Europe was what led us to underperform domestically. I hadn’t been able to manage my players in a way that allowed them to deliver in both competitions.

"I was in charge of a very hungry group. They made my job easy"

After Cyprus, I had a more complex challenge – and that was key for me and my development. Mirandés gave me the chance to show people in Spain one of my teams playing football, whereas very few people follow the Cypriot league.

The club had just been promoted to the Segunda División, and there wasn’t a lot of time to prepare the team in pre-season. Everything had to happen very quickly.

We made a slow start, and many of the players only returned to action once the season had started. But I was lucky to have an amazing group, both on a footballing and on a human level.

The experience at Mirandés was not easy, but it was very gratifying in the sense that I was in charge of a very hungry group – and we made it all the way to the semi final of the Copa del Rey. My players all had the desire to become high-quality professional players, and they made my job very easy.

I had this same fortune when I joined Rayo Vallecano.

One of my main reasons for signing up for Rayo was their stadium (above). When I was at Athletic, I loved to play at home. When you play a game in Vallecas, it's not just another match. As a player you love to perform in that atmosphere, whether it is for or against the majority of the fans.

Rayo had recently been relegated from the Primera División, and then they had failed to even reach the playoffs in the second flight the following year. The players felt a tremendous sense of responsibility. They felt compelled to at least make it to the playoffs. The team felt they belonged in La Liga.

We managed to stay in the top six all season. That took a lot of pressure off our shoulders, and we were able to play with confidence. And then, we played well in four games in the playoffs, and won promotion back to the top flight.

But beyond the achievements and the chance to play among the best in the country, we did not forget that hard work is the most important thing in what we do. That is the spirit that defines Rayo’s fans, and the players have also incorporated it. It is a mentality that has attracted players like Radamel Falcao (above).

A lot of people asked me how I was going to manage a star like him in this team. They asked me if this type of player requires special treatment.

"The future? I don't think about it very much"

I'm going to tell you something I learned from the coaches I had at Athletic and from Patrick in New York: no matter how big a player – like Radamel – may be, you have to always tell him the truth.

Be as honest as possible with them. As a coach, you have to make decisions, and those decisions are not always going to please everyone. Radamel, in this case, is a player who makes everything easier.

He does not demand any preferential treatment. Neither when he plays, nor when he does not. His experience makes him aware that, in the end, collective success leads to individual success. So, working with him has been a great experience for me. As is working with all his teammates.

It is hard work as a coach, but the path that I decided to undertake in the Big Apple fulfils me day after day.

I don't think about it very mich.

In view of what I've seen so far, it's better not to have anything planned, right?