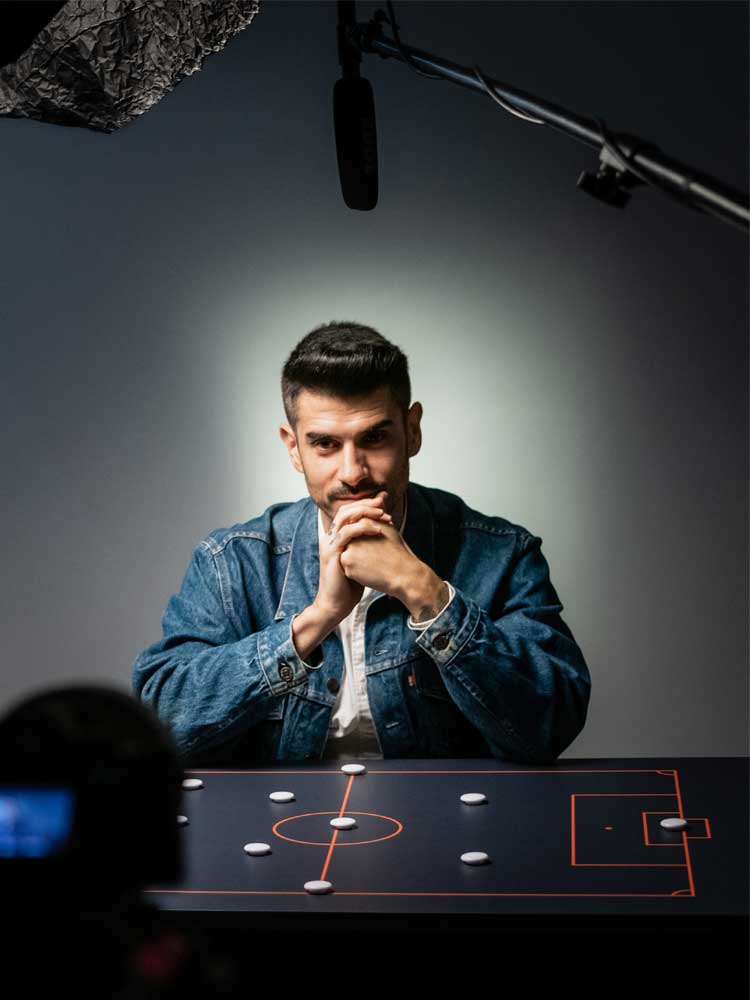 Álvaro Benito's seven years as a player at Real Madrid educated him not only about the demands placed on those preparing to wear perhaps the heaviest of shirts, but of the technical qualities and tactical awareness needed if they are to succeed. When injury forced him to retire, Benito started coaching Real's under-10s, and he was repeatedly promoted until he worked with their under-18s – before finally being succeeded by the iconic Raul.

Speaking exclusively to The Coaches' Voice, Benito shares, in remarkable detail, the principles he encourages in his players, from his favoured 4-3-3 formation, when, as is consistent with Real, they are attacking against those organised to defend with a mid-block. The instructions given to his central defenders are explored to the same extent as the positioning of his full-backs, and the movements of his attacking midfielders. He also discusses how his approach changes to reflect the qualities of the players he is overseeing.