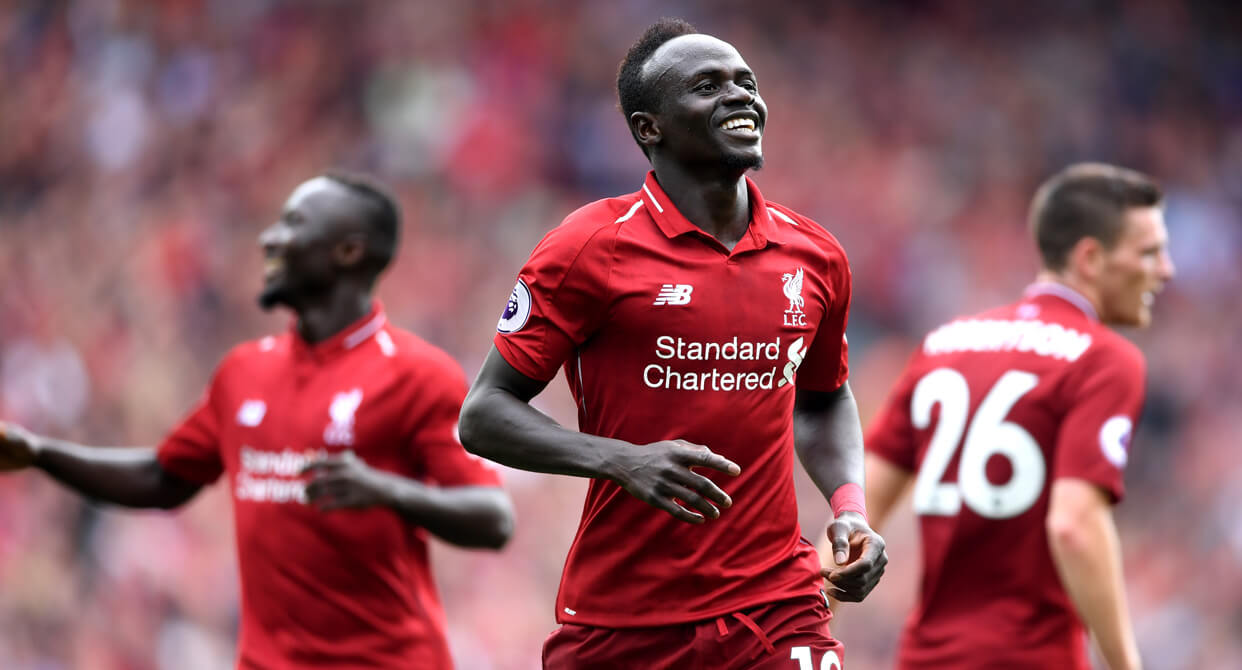 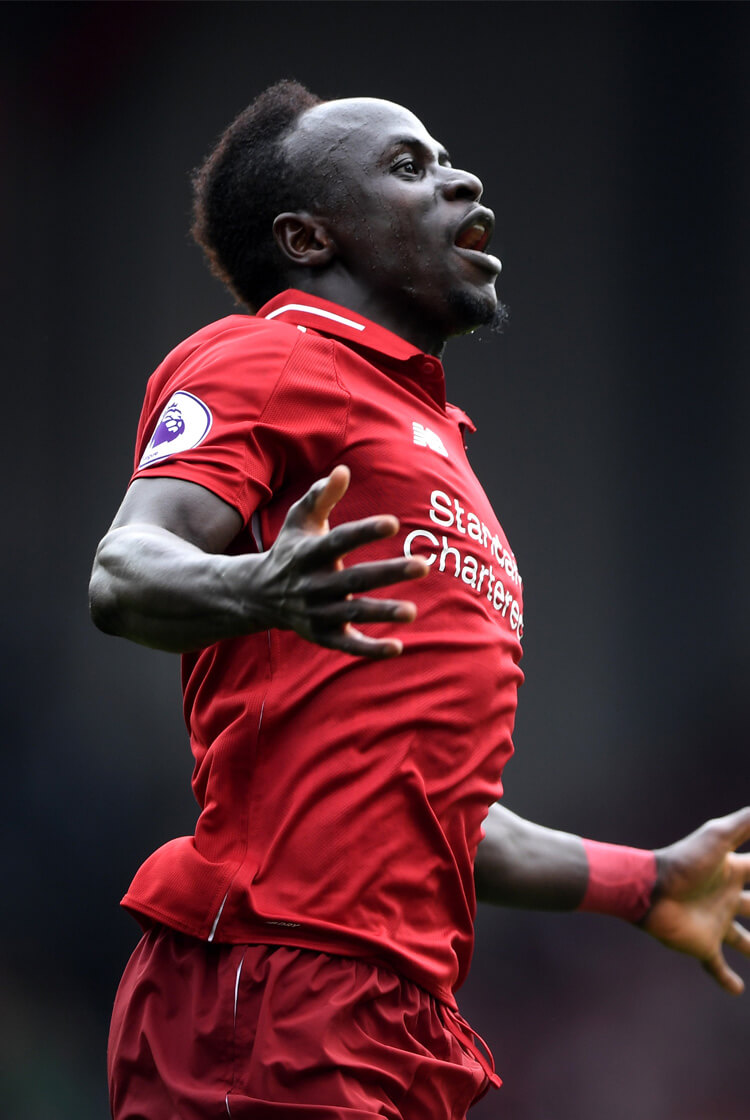 Mo Salah, Sadio Mane and Daniel Sturridge were on target against West Ham, as Liverpool eased to their biggest opening-day victory at Anfield in 86 years. Salah scored the first, tapping home in the 19th minute, and Manuel Pellegrini’s side never looked capable of hitting back. Mane went on to net either side of the break, before Sturridge rubbed salt into Hammers’ wounds to grab the fourth with his very first touch late on. New recruit Alisson won’t enjoy many more comfortable games in the Liverpool goal, in what was the kindest of debuts for the £66.8m summer signing. West Ham supporters, on the other hand, can only hope it gets better – and that Pellegrini soon delivers on his promise of attacking football. 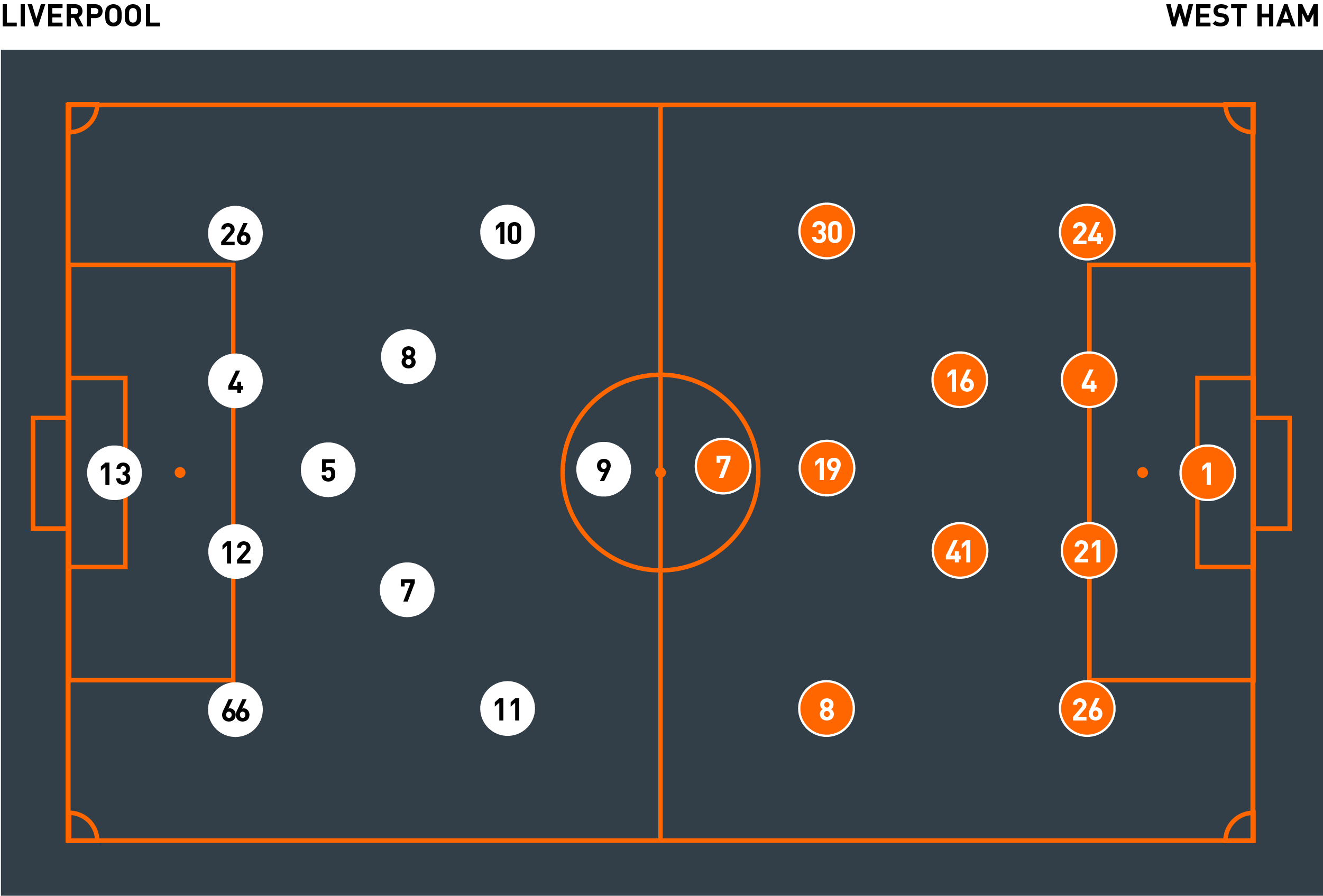 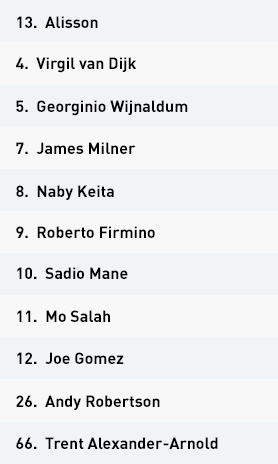 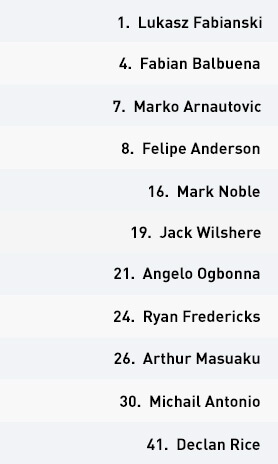 Liverpool set up in a 4-3-3 formation and looked to dominate possession throughout the game. The usual front three of Mo Salah, Roberto Firmino and Sadio Mane were supported in midfield by Georginio Wijnaldum, who tended to hold a deeper position, and Naby Keita and James Milner, who were involved in more of the attacking play.

The Reds looked to utilise the space in behind the West Ham defence, and this strategy created several opportunities in the first half. They improved the quality and variety of this threat by using one or two of the front three to drop in between the lines, with the third looking to make his run in behind. This forced the visitors’ defensive line to drop to nullify this threat, thus creating the shorter option to the player in between the lines.

Milner played an interesting role in the midfield unit, often drifting out to the right-hand side, where he helped to create an overload with Trent Alexander-Arnold, Salah, Wijnaldum and occasionally even Firmino. West Ham failed to react to this strategy, as was evident in the build-up to the second goal eventually scored by Mane.

Liverpool initiated their usual high press out of possession, but with West Ham sending the ball directly to the forwards on regular occasions, this became less and less possible as the game wore on. The Reds used their intense defensive style only in the form of a counter-press when they lost possession. Their counter-press was generally successful and forced the Hammers into several errors.

When Liverpool were in their defensive shape, they operated in a 4-3-3 – the same structure as in the attacking phase. Wijnaldum played as the central player, while Milner and Keita were responsible for pressing in wide areas, which allowed Liverpool to maintain a line of four behind. The Reds ultimately ran into few difficulties in their biggest opening-day victory at Anfield for 86 years.

West Ham set up in a 4-2-3-1 in possession in the first half. Declan Rice and Mark Noble occupied the deep central midfield positions, with Jack Wilshere as a number 10. Michail Antonio and Felipe Anderson operated in the wide areas behind centre forward Marko Arnautovic.

Manuel Pellegrini, the new Hammers manager, maintained this shape in the second half, but made changes in personnel. Wilshere dropped into the deeper midfield position in place of Rice, while Robert Snodgrass was introduced to the play as the attacking midfielder.

Their strategy in possession was limited and ineffective, however. The intention was to play early in behind Liverpool’s counter-press. Noble regularly tried to follow this tactic by playing first-time passes, but his quality was as poor as the running of his attackers to meet these deliveries when they did successfully go in behind.

Another concern was the role of Antonio, who was positioned on the right-hand side but could regularly be seen over on the left or in the centre-forward position. West Ham consequently had no width on the right-hand side, as Ryan Fredericks didn’t advance forward regularly, either. This only made it easier for Liverpool to trap their opposition and regain possession.

One positive to take from the second half was the role of Wilshere in the centre of the park. The movement of the former Arsenal man into the deeper midfield position did help West Ham to increase their control of the game, and enabled an easier transfer of possession from defence to attack.

West Ham operated in a 4-2-3-1 out of possession when they pressed, and a 4-5-1 mid-block when they chose to drop off. Dropping off was a much more effective strategy, as the gaps left when they pressed were enormous and easily exploited by Liverpool. West Ham were also poor at adapting to Liverpool’s movement and rotation, and regularly found themselves underloaded in small areas, where the Reds could comfortably play around them.