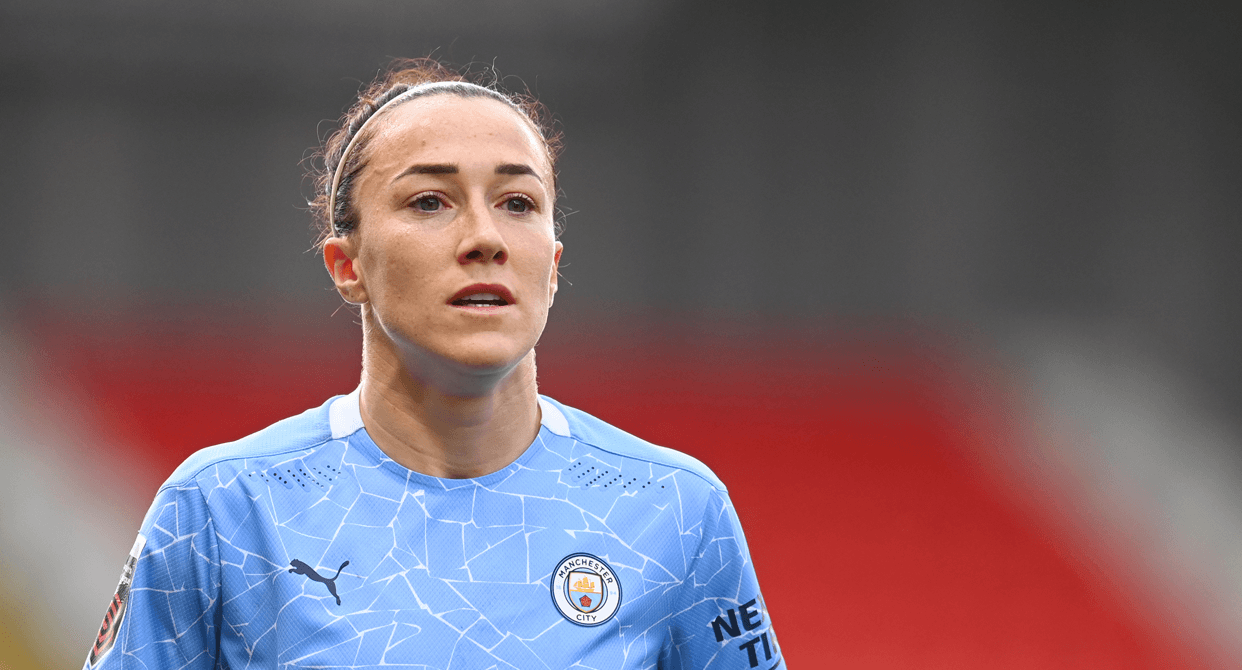 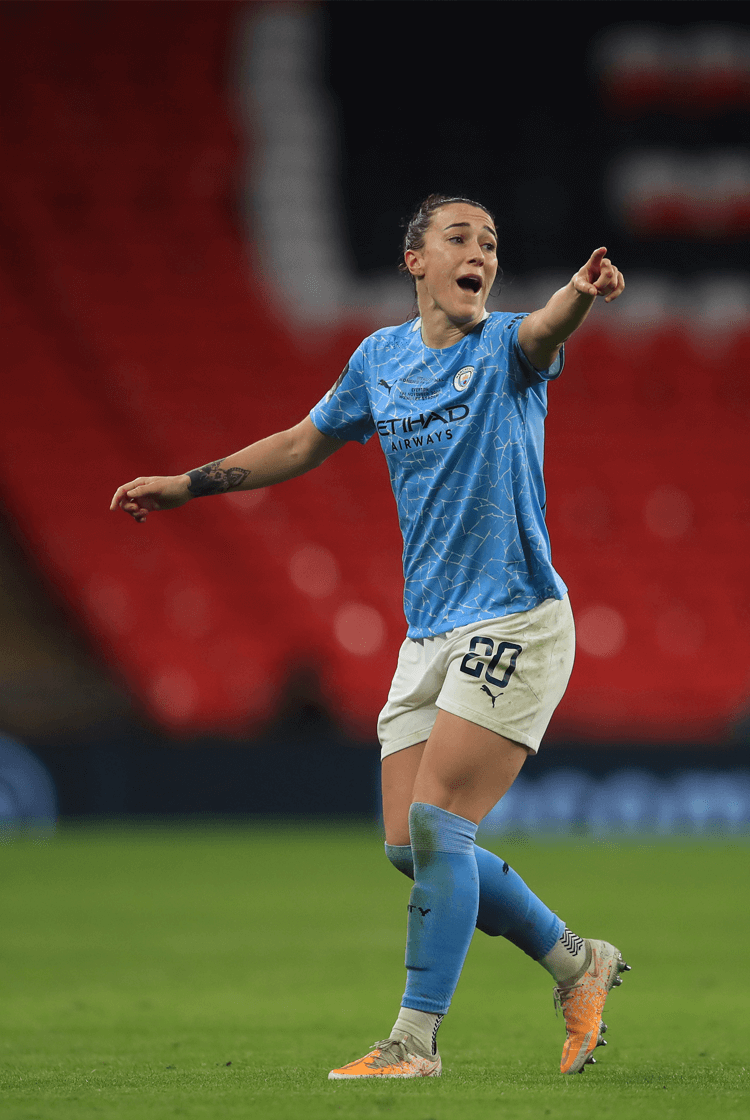 Profile
It was in December 2020, at the age of 29, that Manchester City's Lucy Bronze was named FIFA's best women's player of the year. Emulating the great, World Cup-winning Fabio Cannavaro, she became not only the second ever defender to win a FIFA best player award; she also became the first female and first England player to do so. None other than Robert Lewandowski, a prolific striker, was recognised in the same category for men.

"She is an unrivalled talent," says her manager at club level, Gareth Taylor. "Her endless individual and team awards only scratch the surface of what a superb player she is, not only at club level, but also internationally with England."

Alex Scott, Bronze's predecessor as England right-back and now a respected broadcaster, agrees: "To take my place, she had to become stronger, she had to become fitter, as well as all the other attributes – and that's what she did. She went away and built herself into a machine."

Tactical analysis
Bronze is a both consistent and reliable attack-minded right-back, who favours playing forwards, and often with width. Her positioning regularly creates passing lanes with the central defender alongside her, encouraging her to either play down the line, directly to those in the final third, or to cut infield and combine with those in midfield. The open body shape she adopts creates space for her to receive, and when she is doing so she scans over her right shoulder to monitor whether her opponents are about to apply a press.

By then using a positive first touch she can carry the ball and link with those further forwards, when her composure in possession is complemented by her pace and penetrative passing (below). For all of that desire to attack, there also exists a patience that means her resisting intense pressure by passing the ball to her defensive teammates to instead prioritise its retention. Rarely is it needlessly sacrificed.

She is similarly capable of occupying the inside channels when attacks are being built in the central areas of the pitch, contributing to the creation of overloads and, if further forwards, space for possession to be set back towards the edge of the penalty area. She also regularly moves infield with the ball, when a quick change in her body shape disguises her intentions and therefore increases the time and space she seeks.

Her pace, core strength and attacking mentality also makes her valuable during attacking transitions, when she is effective at attacking into spaces and against a disorganised defence. That she aims to be a target at set-pieces by moving across the front of opponents when the ball is played into the area, and by moving early to step across defenders, gives her potential in the air.

Bronze is similarly influential in the defensive third. If defensive teammates on the opposite side of the pitch advance, she moves to provide cover elsewhere in defence, to maintain compactness, and to attempt to anticipate the opposition's forward play when, if relevant, she then quickly shifts her balance to intercept passes. She becomes relentless when her team loses the ball, and offers variety when she is defending one-on-one, which involves her using her body to move across the front of an opponent, showing her opponent wide and using the touchline as an additional defender, and using her toes to steal possession. A reluctance to go to ground enhances the defensive security she offers (below).

It is that same desire, however, that often leads to her being excessively physical and committing fouls. She can also be guilty of advancing too far when her team is defending, and at the risk of overloads; similarly, there are occasions when her body shape isn't open enough to track the run of her opposing wide player when play is unfolding on the far side of the pitch.

Role at Manchester City
Bronze is most consistently selected by City at right-back, from where she is crucial to attempts build attacks. She remains consistently willing to receive possession, and encourages doing so by opening her body as it travels from one central defender to the other alongside her and then arriving early into space.

Steph Houghton, who has so often featured alongside her for England, is most consistently City's right-sided central defender; Chloe Kelly regularly starts as City's right-sided forward, Georgia Stanway as an attacking central midfielder, and Ellen White as their striker, and Bronze has strong understandings with each. Houghton helps her to transfer possession from right to left; Kelly is a target of passes down the line; Bronze combines with Stanway to overload opposing midfields, and she plays passes into White's feet, or in behind for her to chase (below).

When their attacks are evolving Bronze supports by advancing and drifting infield (below) to occupy an opposing midfielder and potentially draw attacking opponents into following her. It is significantly rarer for her to advance and remain wide, despite it being common for the full-backs in a 4-3-3 to do exactly that.

She similarly moves to provide support after playing possession to a teammate, often into a space that means a clear passing lane to her is established and therefore so that her teammate can securely return the ball to her in the absence of a suitable attacking alternative. That influence extends to attacking set-pieces, when her presence in the penalty area draws defenders and creates space for her teammates.

Her technical ability, and the fact that it means she rarely concedes possession, is crucial to City's ambitions. Opponents not only press differently in response to her composure under pressure – her reliability as a defender is essential to the consistency that underpins much of City's success.

When she is required to defend, Bronze quickly adopts a narrower position to ensure a compact shape with her closest central defender. She applies intense pressure when one-on-one, via adopting a position close to her opponent and minimising their space to manipulate and move the ball. When teammates cut passing lanes by screening opponents, Bronze prioritises stealing the ball and transitioning forwards or rebuilding possession, via anticipating her opponents' movements and actions.