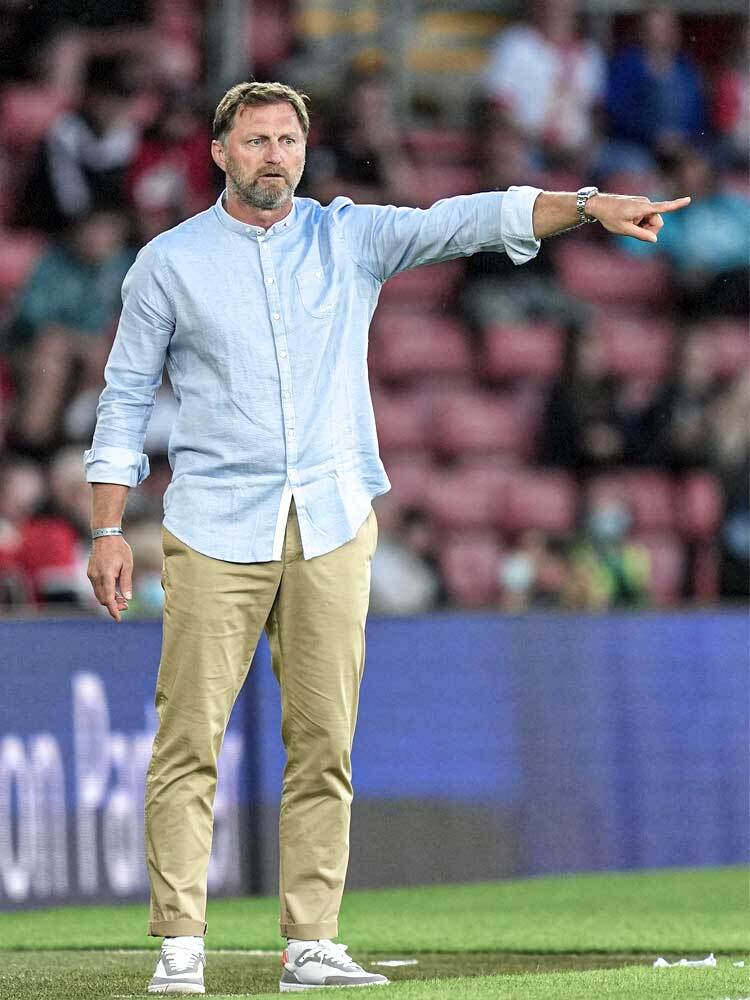 When Ralph Hasenhüttl’s Southampton are firing on all cylinders, they look very much like a team capable of challenging for the Premier League’s European places. Indeed, at Christmas last season, they were seventh in the table and only three points off second place.

The adaptation of their 4-4-2 formation into a 2-4-4 in possession is perhaps unique, and they often have the backing of the neutrals given their pressing game can be so exciting to watch. Their wide midfielders and forwards work to force the opposition into traps in crowded central areas, where they then look to win the ball back and launch a counter-attack from a position closer to goal than a side that wins the ball out wide. They have fast, willing runners across the front four; those attackers dovetail impressively to create space for others to burst through.

However, the exciting football that Hasenhüttl’s team produces sometimes clouds the truth behind them. Their form from Christmas through to the end of the season was dreadful: they took just 19 points from 24 games, conceding more goals than any other side. It was relegation form.

That will be a real concern going into the new campaign, particularly following the departure of last season’s top scorer, Danny Ings, to Aston Villa. Ings was perfectly suited to Southampton’s pressing game; finding a replacement who can supply not only his goals, but also the kind of understanding he had with Che Adams, will understandably be extremely difficult.

Ings made intelligent movements away from the centre of the pitch with the aim of attacking around the outside of the opposition’s centre-backs. The wide midfielders made runs into the centre immediately after a regain, while Ings timed his movement to help create space centrally. However, he did so without reducing his own goal threat; this proved key to Southampton, as his finishes from close range and slightly wider positions led to plenty of goals.

Southampton have had to contend with plenty of significant departures over the years, and have always bounced back impressively, but their form at the end of the 2020/21 season doesn't suggest a team all that capable of dealing with losing their most important player.

It may then fall on Hasenhüttl to find a way of playing that better suits and gets even more out of the players already at his disposal. Southampton played every one of their 38 Premier League games last season in a 4-4-2, so it could be that a change of formation could be on the cards. An extra body in midfield or central defence could be key in shoring up a woefully leaky defence.

A high pressing game comes with lots of risk, and it very nearly came back to bite Southampton last season. However, there is potential in this team – it will be interesting to see how Hasenhüttl approaches life after Ings.