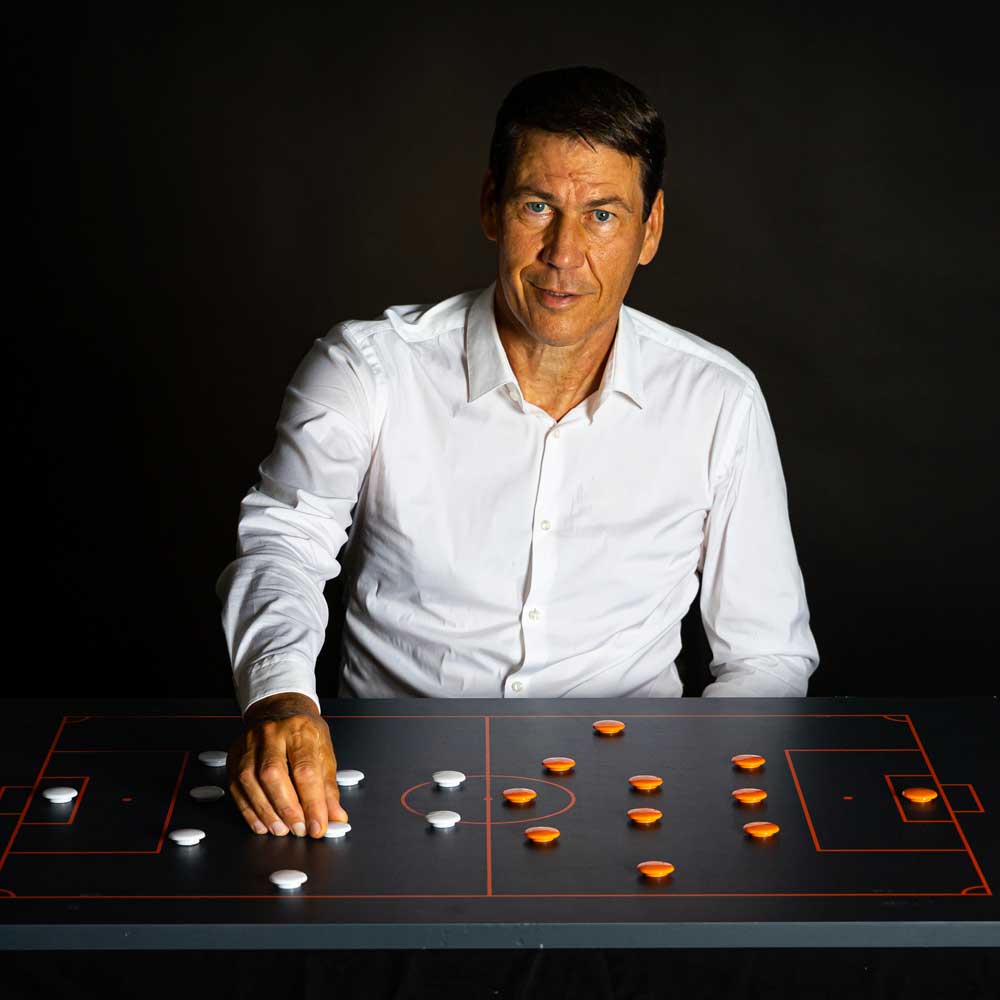 In this exclusive Masterclass with The Coaches’ Voice, the highly respected French coach Rudi Garcia – a Ligue 1 winner with Lille in 2011 – looks back on a dramatic victory for his then Lyon team over Pep Guardiola’s Manchester City in the summer of 2020.

The two clubs’ Champions League quarter final was played as a one-off game behind closed doors in Lisbon, as a season delayed by the Covid pandemic was finally played to an end in August. Garcia reveals how he set his team up against City’s expected 4-3-3 or 4-2-3-1 formation, only to find that Guardiola had included Fernandinho in a surprise role on the right of a back three. He explains how he reacted to this shock formation, and how he looked to prioritise compactness in central areas while also trying to prevent City from getting into the wide attacking areas from which they are so good at delivering crosses and cut-backs.

He also explains his team’s approach on the ball, and how they looked to exploit City’s high line on transition, before revealing the changes he made in response to a Kevin De Bruyne equaliser in the second half. It’s a great insight into one of the biggest shocks in recent Champions League history.