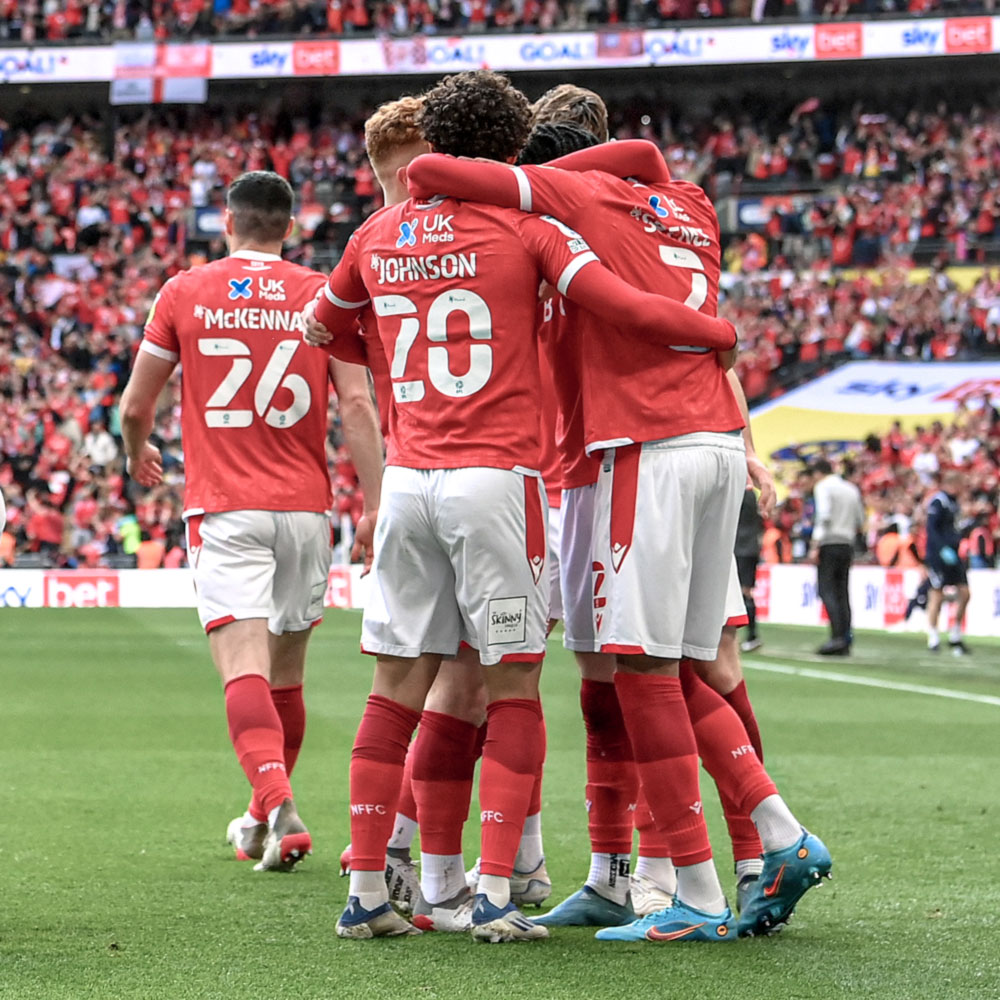 Nottingham Forest emerged victorious from the self-styled richest game in football, beating Huddersfield Town to secure an emotional return to the Premier League after 23 years away. A tight encounter at Wembley Stadium was ultimately decided by an own goal from Huddersfield centre-back Levi Colwill late in the first half. The Chelsea loanee deflected James Garner's long-range shot past goalkeeper Lee Nicholls to give Steve Cooper's men a lead they never really looked like letting go in a closely fought second half. The victory ended a remarkable turnaround at Forest, who were bottom of the Championship table when Cooper took over in September.

“We’ve reminded the world of how special and how big this football club is, and that means a lot to me,” he said after the game. “There is no doubt that we deserve to be promoted, with the football that we have played, the games that we have won, the attitude we have given after every average performance or loss. I am really proud of everybody connected with the club.”

Huddersfield head coach Carlos Corberán refused to blame the officials after his team were denied two second-half penalties – at least one of which looked a fair claim. “I can only accept it was no penalty,” he said. “I wasn’t watching the team suffer in defence; I was watching the team defending more than attacking, but we didn’t suffer chances. In the second half we tried to take more risks.”

Carlos Corberán set his Huddersfield team up in a 3-4-3 formation in possession. Tom Lees, Naby Sarr and Levi Colwill formed the back three, with Pipa, Jonathan Hogg, Lewis O’Brien and Harry Toffolo across midfield (below). Huddersfield looked to their quality in wide areas to create opportunities as much as possible, using their central midfielders to get on the ball and open Nottingham Forest up from deeper areas.

Huddersfield had real difficulty playing through Forest during the first half. Sarr in particular looked uncomfortable in possession from his position in the centre of the back three. As a result, after several early turnovers, Huddersfield having the ball in their own defensive third actually looked more threatening for their opponents. Perhaps wisely, they started trying to bypass the press by playing directly into striker Danny Ward and looking to get their midfielders and ball-side wide players positioned near him to land on the second ball. They could then look to play forward passes for the runs of the wide attackers and wing-backs (below).

Using the threat of Sorba Thomas

The Terriers looked to their midfield players to try to unlock Forest and access the wide areas. O’Brien made forward runs off the ball while Hogg generally operated as a deeper playmaker, aiming mostly for Sorba Thomas on the left (although he switched to the right in the second half); Thomas then looked to run 1v1 at Forest’s outside centre-backs or deliver into the box. Huddersfield also looked to their wing-backs to make underlapping or overlapping runs to support play and access crossing positions (below). One of the main problems for Huddersfield, however, was a lack of numbers in the penalty area when crossing. Forest were comfortable in dealing with this threat because so few attackers made it into the box.

In the second half, and now chasing the game, Huddersfield had more spells of prolonged possession. They looked more to Danel Sinani to drop in from his wide position to create a 3v2 overload in midfield against Ryan Yates and James Garner. This often attracted the nearest Forest centre-back, who would step out to create a 3v3 (below), but this caused some disruption to the Forest defensive line. Huddersfield would then try to bypass midfield with a direct ball into the wing-back, which triggered Sinani’s forward runs from deep and subsequent efforts to combine with Ward and Thomas ahead of and outside him. This gave Huddersfield better access to more dangerous areas, but they still struggled to create any chances of note and finished the game with a disappointing zero shots on target.

Steve Cooper set his Nottingham Forest team up in a 3-4-1-2 formation in possession. Joe Worrall, Steve Cook and Scott McKenna formed the back three, with Djed Spence, Ryan Yates, James Garner and Jack Colback operating across midfield (below). Philip Zinckernagel played as the number 10, just behind split strikers Brennan Johnson and Keinan Davis. Forest used this formation to try to exploit the quality of Zinckernagel between the lines, while Johnson and Davis offered a threat in behind.

Attacking with a line of five

Forest regularly looked to use five points of attack. The two wing-backs, Spence and Colback, often played high and wide, with Johnson, Zinckernagel and Davis taking up more central positions. In the early stages, however, they were too flat and had too many players facing the ball rather than threatening in behind (below). When Forest became more threatening, they had a good balance between dropping short and running in behind. Typically, the wing-backs would drop along with Zinckernagel, while Davis and Johnson ran into the channels. This disrupted the Huddersfield defensive line more, and allowed Forest to try to take better advantage of any gaps that appeared.

Clever use of the central midfielders

A key feature of Forest’s play was the positioning and movement of the two central midfielders, Ryan Yates and James Garner. One would drop towards the ball, while the other would advance beyond. The dropping of the nearer midfielder would regularly affect his direct opponent, who would either move out of his slot or just edge slightly forward (the latter in the example below); in doing so, however, this would open up a direct passing line into Zinckernagel. Johnson and Davis would split and play as wide forwards, which discouraged any Huddersfield defenders from dropping with Zinckernagel. The ball could then be played directly into Zinckernagel’s feet, from where he could find the run of the second central midfielder (below). This gave Forest a forward-facing platform from where they could access runs in behind from Davis or Johnson.