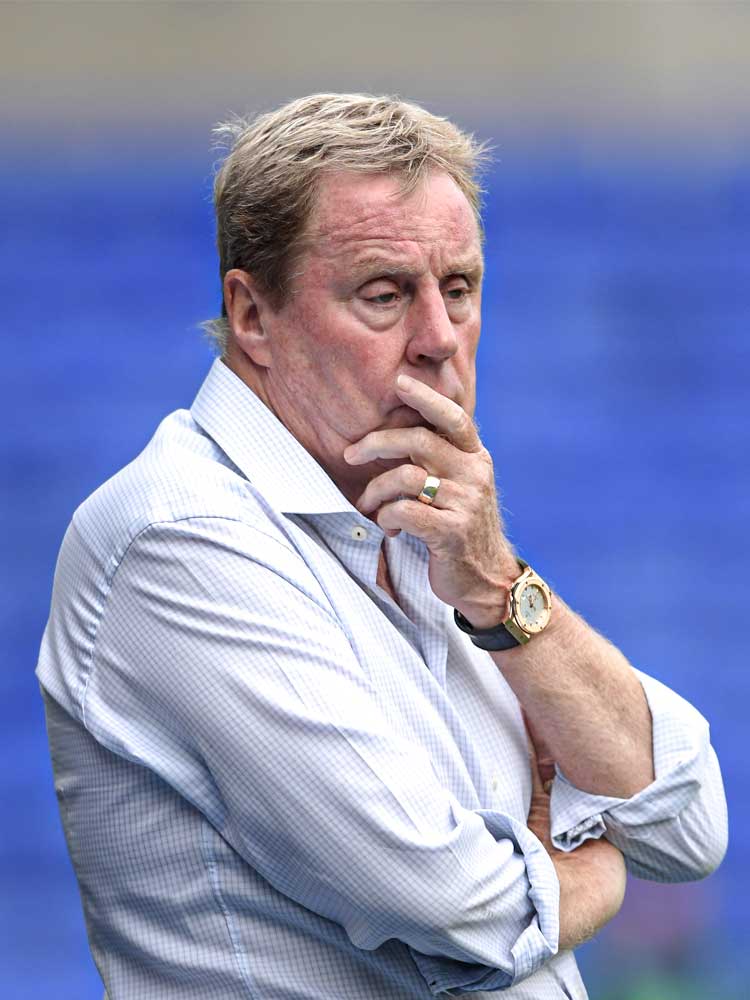 Harry Redknapp: In Others’ Words

There is perhaps no profession like football managament for producing charismatic figures, and few more charismatic football managers in the profession than Harry Redknapp. During a colourful career that so many felt should have led to him managing England, Redknapp enjoyed periods of success and built entertaining teams at West Ham, Portsmouth – who he inspired to the FA Cup in 2008 – Tottenham and more, and often ended up surrounded by other similarly charismatic individuals.

Redknapp's strength of personality and numerous contacts naturally mean he crossed paths with so many attempting to follow in his footsteps – and many of those have spoken to The Coaches' Voice about his influence and what it was like to work with him. The best of those, from former players, his coaching staff, and fellow managers all speaking fondly of someone whose popularity grows by the day, have naturally been compiled into one place.

"I first left Bournemouth to join Portsmouth, then managed by Harry Redknapp in 2002. I was aware that the club was struggling financially and needed the income of transfers, but I also wanted to progress my career and try and play at as high a level as I could. I was very, very ambitious.

"It was a really tough thing to do to leave. I’d come close many times before then, but that was the one that seemed the right move at the time.

"Harry, and his assistant Jim Smith, were really good. They were totally different again to Sean O'Driscoll, but I learned a lot – even if injuries meant I didn’t really kick a ball for them.

– Eddie Howe played under Redknapp for Portsmouth from 2002 to 2004

"As we always did, three hours before Harry announced the team, we assembled as a staff before the pre-match meal to talk about how the match was shaping up. Who was fit; who’d be marking who; and what we were doing at set-pieces.

"I remember going into the meeting used to name the team, thinking it was going to be a certain shape and certain individuals. Harry then comes in, and changes the strikers from what we thought it was going to be. I sat there and looked at Joe Jordan; Joe looked at me and shook his head. This wasn’t what Harry had said an hour ago.

"We got to the Etihad, where Joe checked with him. The decision Harry had made was that Peter Crouch would play. That evening, Crouchy scored the all-important goal – and that was Harry.

"Sometimes you think: 'How did he do that?' It was just that gut instinct: 'This is the way it’s going to work tonight.' We ended up qualifying for the Champions League.

"He had a real feel for the players, certainly looking at them in the days before a game. He always had a picture in his mind of what he thought was his best team – sometimes it changed for a reason only Harry would know, but more often than not he got it right.

"That win over Manchester City was a classic case of when he did – the skill was in not hyping that match up too much. He instilled that confidence in players. Sometimes in big games you feel vulnerable and under pressure to produce, but he knew what to say and how to say it."

"It was similar with Harry Redknapp at Tottenham. There was so much to learn from him. He wasn’t one to put on session after session out on the training pitches. He left a lot of that to his coaches – Joe Jordan, Kevin Bond, Clive Allen; really good, experienced coaches he could trust.

"But when he saw something and wanted to make a point, Harry would take over. When he talked, he spoke sense and people would listen. That made you want to play for him."

– Jonathan Woodgate played under Redknapp for Tottenham from 2008 to 2011

"There were 16 years between me joining Spurs and properly breaking through into the first team. But I genuinely always believed I would play for Tottenham. If I hadn’t had that belief the whole time, I would have left.

"I had opportunities to go elsewhere, and at the age of 23, having gone on loan on six separate occasions, others might have doubted themselves. I took it as a positive that I was still there.

"I was really highly rated as a youngster. I scored 65 goals in two seasons in the youth team and made my debut at 17 under Harry Redknapp."

"I played under six different managers at Spurs. Glenn Hoddle, David Pleat, Jacques Santini, Martin Jol, Juande Ramos and Harry Redknapp. The variety they provided gave me a really broad picture of the different coaching styles that are out there.

"Harry Redknapp is probably the all-time greatest man-manager. He’s brilliant around people; a great character; gives you complete confidence; and he knows his football, too.

"They were all very different characters. They had different ideas about what they wanted from the team – and now, as I look to establish myself as a coach, the variety of experience I got at Tottenham will really help me."

– Robbie Keane played under Redknapp for Tottenham from 2009 to 2011

"I know Harry Redknapp well, and he was managing Tottenham. He did us a favour and loaned us both Andros Townsend and Jonathan Obika.

"A host of other clubs wanted them, but I think Harry saw two young kids who wanted to play, and he saw something in us as a coaching team.

"Townsend clearly had huge drive and ambition, and Obika scored the goals that kept us in League One that season – so we will always be thankful to Harry for that."