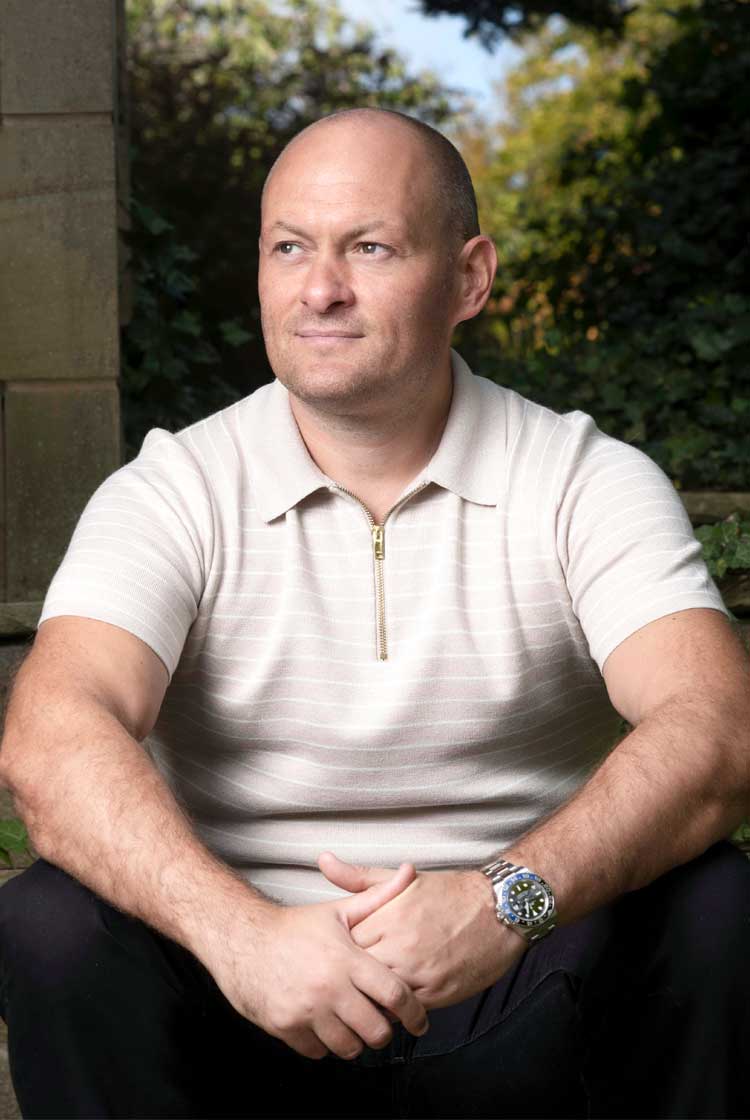 In management, you get used to making loads of decisions every day. You’re so busy; you’re just so active.

Then, all of a sudden, you switch to making no decisions at all. You’re quickly wondering how you’re going to fill your day.

You have so much more time on your hands, and the days go much more slowly. That’s what happened to me after I left Norwich in March 2017.

At the time, I was also very conscious of the fact I was only 36. I wanted my next job to be somewhere I could stay for a long time. I wanted to cut my teeth somewhere for a few years.

At Norwich, the aim had been to get back into the Premier League. Their ambition in the Championship was to win the league.

Preston, on the other hand, had spent some recent time in League One. Their ambition was just to stabilise in the Championship. There was some hope that we might overachieve and challenge for the playoffs, but it wasn’t an expectation.

When I arrived, Aiden McGeady had just left. Their best player in the previous campaign had gone. What’s more, I didn’t know the squad well at all.

"West Ham came in with a big offer for Jordan Hugill, our centre-forward and top scorer"

I maybe didn’t give them enough credit. I didn’t realise how good a lot of the players were going to be. After working with them for a few weeks, the quality became pretty clear.

I saw that I could aim to play the same way I’d had my teams play at both Hamilton – where I’d started my managerial career – and Norwich: on the front foot, aggressive, moving the ball quickly.

I had a really good set of players, and they were good people, too. As a group, I really, really liked them.

We started off well. We only lost one of our first 12 league games. Then a bad patch came. We lost four on the bounce.

Before I’d joined, I’d looked at the team’s results in previous seasons. There had been a pattern of bad results coming in sprees.

Preston had a history of doing a lot of their recruitment in lesser competitions. League One, League Two, the League of Ireland, for example. It meant the squad just lacked a bit of experience at the level we were playing at. When we had the wind knocked out of us, we struggled a little.

But we managed to get back on track. We went on a good run. By the time January came around, we were one point off the playoffs.

Then West Ham came in with a big offer for Jordan Hugill, our centre-forward and top scorer.

Yes, we had plenty more quality in our squad. And yes, it was the kind of deal that was right both for Jordan and for the club. To Preston, £8m is a lot of money. There’s no way you can stand in the way of a move like that.

But, at the same time, Jordan already had 10 goals for us that season. That’s a 20-goal season you’re never going to be able to replace in January. It’s an incredibly difficult time to recruit.

Losing big players was a theme throughout my time at Preston. It was the same when we lost Callum Robinson to Sheffield United; when Ben Davies (above) left for Liverpool; when Ben Pearson moved to Bournemouth.

We had to deal with lots of our top players moving on, but expectations remained that we might get into the playoffs.

Towards the end of March in that first season, we had another bad run. We lost four out of five games, and in the middle of that was a 1-0 defeat at home to Derby. At the time, they were sixth and we were seventh.

"I wanted us to play a bit more expansively, but it didn't work"

We were the far better team on the day. Alan Browne missed a penalty in the first half, and we battered them. They had two shots all game ­and only one on target. It was a free-kick and the ball moved in the air. Unfortunately, Chris Maxwell in goal couldn’t get a full hand on it, and they ended up beating us 1-0.

We didn’t realise how big that game was at the time. Derby finished in the final playoff position, just two points and one league position ahead of us.

We were so close, and something as small as that defeat to Derby was the difference. I felt we were good enough to make it into the playoffs, but it wasn’t to be.

Coming that close but falling short was tough to take. But, as I said, I wanted to stay at Preston for a few years, and I wanted to learn from my experience. We got to work on planning for the new season.

I wanted us to play a bit more expansively to get more out of a few more of our attacking players. Ultimately, though, that didn’t work.

"I try to be positive as a manger, but there are still times when I lose my temper"

I was trying to introduce a lot of young players. We’d moved Callum Robinson up front, Josh Harrop was playing a lot of games on the left, and Lukas Nmecha had come in on loan from Manchester City. That was a very young front three.

Although a lot of those early-season games ended in close defeats, we were conceding too many goals, and that cost us a lot of points. I decided to go back to the style of play that had served us so well the year before.

I had a lot of stalwarts in the squad I knew could rely on. Players like Daniel Johnson, Alan Browne, Paul Gallagher, Declan Rudd, Darnell Fisher, Ben Davies, Ben Pearson, Tom Barkhuizen, Callum Robinson. These were players who had done it for me before, and they did it for me once again. We quickly turned the season around, but we’d lost too much ground to recover as we’d hoped.

I try to be positive as a manager, but there are still times when I lose my temper.

I don’t get angry at my players for playing badly. There are always going to be times when people have bad games. That’s understandable.

I do lose my cool when my players don’t do what I’ve asked them to do, though. I’ll have gone to the effort of preparing for a game, of preparing a game plan for a specific opponent. If they do their own thing, you’re just on the touchline thinking: “Why on earth have you done that?” That’s when I get really annoyed.

"I had two opportunities to leave, but the reason that I stayed was the players"

I was lucky to have a squad of players who played the way I wanted them to – most of the time. It’s no surprise to me that so many of them have gone on to do so well.

That group really felt like my team. As they slowly filtered out of the exit door over my years at Deepdale, the club started to feel less like the Preston I knew.

We also changed training ground. Even though the facilities were better, I preferred the feel of the old place.

I’d built such a good relationship with key players during my time at Preston that I probably found them leaving harder than I should have done.

I had two opportunities to leave – I was approached by big Championship clubs in my second and third seasons at Preston – but the reason I stayed was the players. I just enjoyed coaching and managing them so much.

On top of that, I felt strongly that I wanted to see the Preston project through. My big aim was to make it into the playoffs, and I always felt – at the time I received those offers at least – that we were heading in the right direction to achieve that.

In my fourth and final season, however, we struggled to contend with the many player departures, while the expectations had stayed the same. I no longer thought we were on the same trajectory as before. It didn’t feel like we could achieve what we wanted to.

I look back with mixed emotions, because I think if we’d held on to a couple of key players, we could have managed what we set out to do. When I look at how well so many of them have gone on to do, I feel a lot of pride.

I think I might have got too emotionally involved in parts of it, though. You could say that was a strength or a weakness, but I think it counted against me a little. It meant I didn’t perform as well as I could – or should – have done. That’s certainly a regret.

I look back on my time at Preston with a lot of fondness. It was an overwhelmingly positive time.

When I left in March 2021, I still wasn’t even 40. And yet I’d been a manager for nearly eight years. I’d been in the dugout for almost 400 games. That’s a lot of experience at my age.

Even so, I didn’t feel ready for a rest. I did a lot of reflecting on my time at Preston, and took note of the lessons that need to be learned.

But I knew how long the days are when you’re out of a job. I was soon ready to dive straight back in.