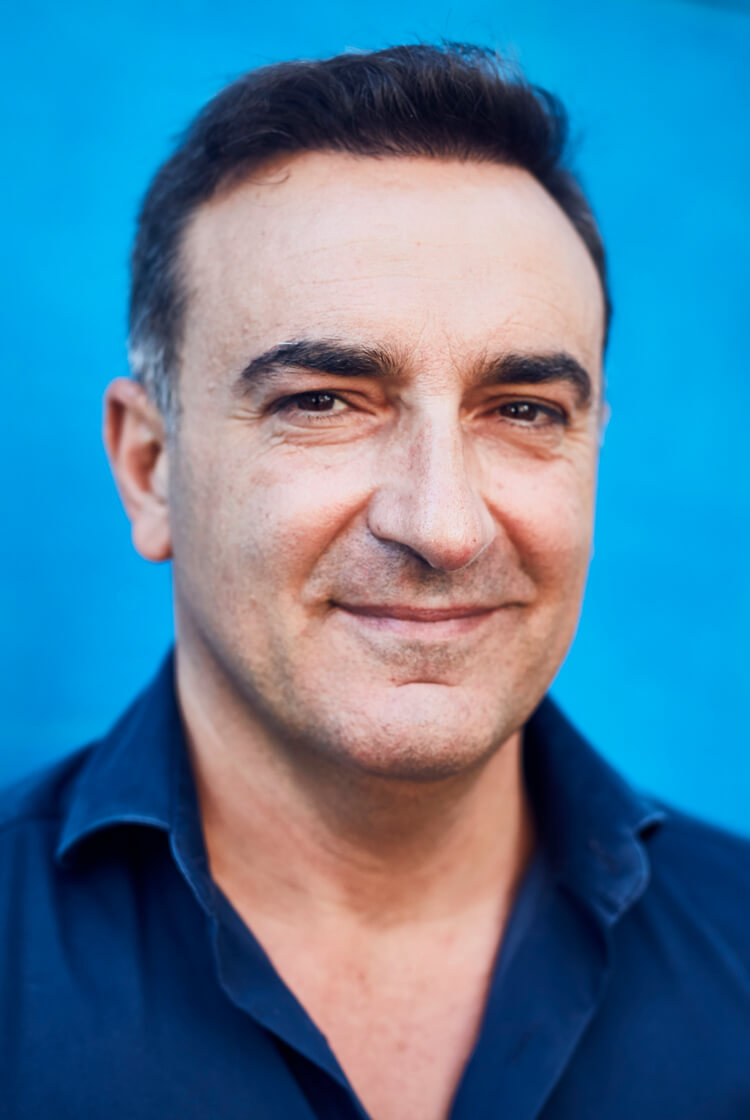 Really, I mean that. It was paradise.

Nowadays, there are two different paths to becoming a manager. One is that you were a big, big player, and a club gives you the opportunity to start in a big team. So, in one or two years, you are already with a big team, training with big players.

Or you must start from the bottom. This way, it will take more time. Like me, it could take more than 15 years.

Actually, this can be a good thing, because it gives you a big background. Big experience. You live through certain moments, and as long as you understand what you did right or wrong, then if you live through a similar moment again, you know you are ready to deal with it in the right way.

Three years after I started my life as a manager, I had one of those moments.

At that time, I was working at Leixões – a team in Portugal’s third division, but one I believed had big potential to move up to the Premier.

I had already been working in the top division when the chairman of Leixões asked me to come. My friends said: “You are crazy! You have chances to stay in the Premier, why would you go to the third division?”

It was simple. I went to see one of their games; it was a Wednesday afternoon, and there were 8,000 fans in the stadium. Immediately after that game, I said to the chairman: “I want to come.”

With a powerful club like that, I believed we could put the team in the first division in two years.

That first year was amazing. We did something that nobody in Portugal had done before: took a team from the third division to the final of the Taça de Portugal (a competition like the FA Cup), qualifying them for the Europa League.

"A manager must take the decisions 100 per cent, because I’m the one who’s 100 per cent responsible – for the victories as well as for the losses"

During that cup run, we beat teams from the top two divisions. This is impossible if you are not better than them in strategic organisation because, absolutely sure, they have better players than us. So we must be more organised and have a very good strategy to beat them.

We must also think like the big teams. It’s what I said all the time to my players. Even if we are not the best, we must think and act like the best.

It was a great first season. But in the second came that moment.

One week, the chairman came down to training during one of our tactical sessions. He saw the way we planned to play in a big game that weekend.

Afterwards, he came to see me: “I need to talk with you. We must win this game.”

“But with these players, we will not win the game. Better you change this and this...”

I told him no: “We will play with the team I have chosen, and I believe that we will win the game.”

“Okay, but if you lose, you know what will happen.”

If we lose, I will be fired. I’m absolutely sure of this.

In the end, we win the game 2-1. Afterwards, I go to see the chairman and hand him the manager’s armband.

“You want to do the team? Then you can be the manager. I go.”

It was a sad moment. It was a club I liked a lot – I still do. But a manager must take the decisions 100 per cent, because I’m the one who’s 100 per cent responsible – for the victories as well as for the losses.

I’m also responsible for finding different strategies to motivate the players. When I first went to Vitoria Setubal in Portugal, the club had financial problems. There were three or four months where the players simply were not paid.

During those times, we had to find ways to keep the players focused.

There was one time that we had a disciplinary incident with a player. It was gold to me.

Immediately, I told the player: “I will fire you.” Because I know that, if I say that, the captain of the team will talk with the players and then come to me: “Hey, come on Carlos. You can’t fire him. What he did is not so bad.”

“No, I cannot accept this kind of behaviour. He’ll be fired.”

“Come on, it’s very hard. Give him a punishment or something.”

The players stuck together to win the game – and save their teammate.

"I was working with staff who belonged to the previous manager, in a country where nobody knew me and where I was still learning the language"

To use this kind of strategy, you must know the players. Know their personalities. Then you can do everything to make sure they perform to their best level.

I used to say at the time, in one hand I have a flower, and in the other a stone. So, I can give you a flower or a stone. You choose. Whichever one is best for you.

In general, people – not just players – are motivated in three different ways.

There are people who are motivated by money. If you cannot pay, then you can’t have this personality in your team.

There are people who are motivated by fear. “If you don’t do good work, I will fire you.”

And there are people who are motivated by pride. So even if you don’t pay me, whether you put fear into me or not, I will do the job the same. I’m a good professional, I love my job and I will do the maximum.

We must know which players we have in front of us, and act with them accordingly.

That season, we were promoted to the first division with Vitoria Setubal, but I decided to leave the club anyway. Nobody understood why.

I was tired of these kinds of situations. I had some conflicts with players, and to stay in the first division I knew I would need to put them out of the club. I didn’t want to do that, because they had helped me a lot to achieve promotion that season. So I left.

I was back at the club three years later, though. This time, the chairman told me they were nearly bankrupt, but he promised to pay all the salaries. I accepted the challenge.

On the first day, the chairman stood with me in front of the players: “This is the team. You are the manager. I don’t have time to do this now, so good luck.”

To the players: “Carlos will take care of everything. I will see you at the end of the season.”

We loaned players from Braga and Porto. Went into the loan market in Brazil. Brought in third division players. And, like this, we started our path.

After losing our first game, we went 13 games unbeaten. But in January, our two best players were sold, taking with them most of our goals.

Everybody said we would be relegated.

But in the end, we won the League Cup – the first one to be held in Portugal – and qualified for the Europa League. It was hard work, but it gives me so much pleasure to think about what we managed to achieve that season.

"I told myself that, by the time I finished my work there, I would be a better manager. A better person"

People know me as a smiling face. A happy person. And I am that. It’s part of my personality that I think helps me in difficult circumstances.

But the situation I found myself in at Besiktas was one that challenged my ability to keep smiling perhaps more than any other.

Why was it so hard?

Imagine this: you go to a club that is in a critical moment because the manager you go to substitute is in jail. You give your word that, when he comes out of jail, you will give your place back to him.

This is how I started at Besiktas. I was working with staff who belonged to the previous manager, in a country where nobody knew me and where I was still learning the language.

But, after three months, the fans were singing my name.

The previous season Besiktas had lost 4-0 to Dynamo Kyiv in the Europa League. This time, we beat them 1-0 at home and won 3-1 against Stoke City to top our group and go through to the next stage.

It was around the same time that we lost our chairman – he went to work for the Turkish Football Federation – and the previous manager came out of jail. Of course, I said to him: “If you want, you take your place.”

But we were doing well – fighting for the title, through to the next stage of the Europa League and playing good football.

They knew the fans would not understand if they fired me. Especially because, in the next round of the Europa League, we were playing Braga. This team – my home city – is one I know very well.

So I stay because we play against Braga. This I know.

As another solution, they put the previous manager in as sporting director. So now I’m working with a sporting director who wants to be the manager; my assistants belong to him and I’m still learning the language, so I cannot always understand the things they are talking about.

It was a very hard environment to work in.

"My path was long. It had as many high points as low. But I’m proud of it, because I worked my way up from the bottom"

One day, I had a visit from a guy I’d never seen before. He told me he represented the board of the club and said I must play a certain player in the next game.

“Ah, but he has a disciplinary incident.”

“But you must play him. It’s the most important game of the season.”

“Okay. Fire me if you want, and you can stay with the team and pick the player. No problem.”

All of this was through a translator, because he didn’t speak any English.

One day, I will write a book about that year. There were many situations like this. But I stayed strong and took big risks. I told myself that, by the time I finished my work there, I would be a better manager. A better person.

After this kind of challenge, I would be ready for everything in football.

Like I said, when I accepted the challenge in Sheffield Wednesday, I felt like I was in paradise. Before my first press conference, the people said to me: “Carlos, be ready.”

I thought: “Come on, I have been in Turkey with 30 cameras, 50 journalists all the time with a gun trying to shoot me with very hard questions. And I survived that environment.”

My path was long. It had as many high points as low. But I’m proud of it, because I worked my way up from the bottom and faced many challenges along the way. It gave me a big background. Big experience.

It left me ready for anything.