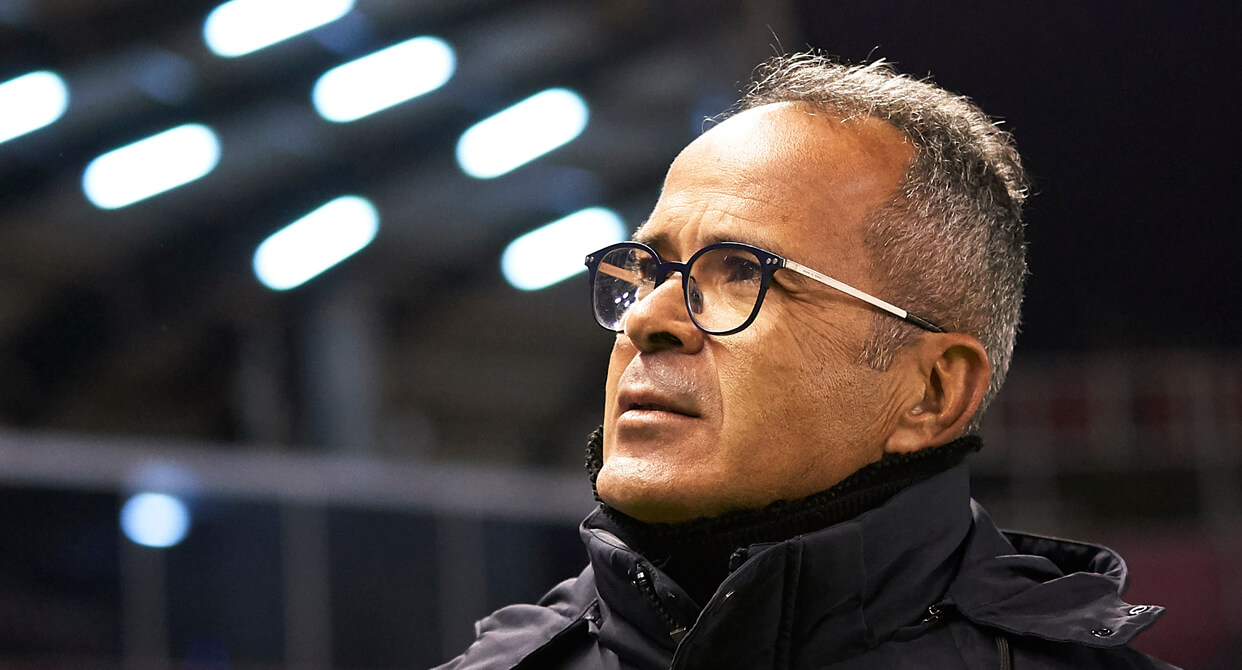 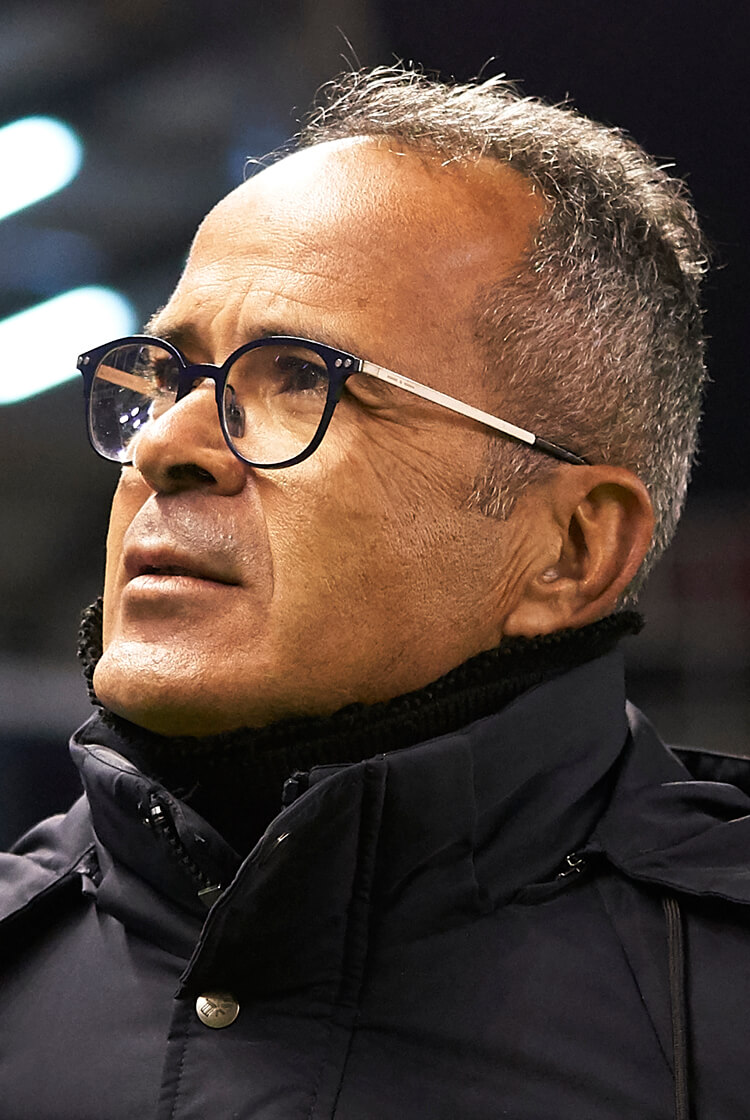 The House in Cádiz

It was borne out of a problem, but ended up being a motto that united everybody.

The story begins several years ago. It was during a training camp with the team, in my second season with Cádiz. One of the players left the camp, and the following day the press conference was all about that incident.

Answering one of the questions put to me at that conference, I said that I didn’t understand the reason for that behaviour. Even less so, when people know I’m a coach who can negotiate with players.

Their free time, the schedule, time to rest – I was a footballer, and I know there are things you cannot achieve just by imposing them. You must have a certain flexibility to reach agreement within a group.

But I added: “The struggle is non-negotiable.”

A few days after that press conference, a friend of mine from Cádiz called me to show me something he’d designed. A sketch on his computer, of a T-shirt featuring those very words.

And I liked it because it’s good not only for football. It applies to life as well. To overcome the adversities that you face day to day.

With that sketch, we made a T-shirt that we launched – and it caught everyone’s attention. It started being seen around the city, among the people, and even more after the club placed it in many spots.

Among all of us, I think we have changed Cádiz. And I feel part of that change.

“What is wrong in being a coach who likes his teams to have good defensive organisation?”

I arrived here in the spring of 2016. The club was then in Segunda División B, the third tier of Spanish football, with four matches to go until the end of the season. Promotion had been the target at the start of the year, but by then there were few expectations.

It was a critical time, but we were lucky to qualify for the promotion playoffs and then get through them to reach Segunda División. I say “lucky” because it was – a coach cannot really do much in so few matches.

Since then, the team has kept getting better and better, although some people would say the opposite. Honestly, I don’t pay much attention to critics. It is quite clear to me what I want from the team – both in terms of results and the way to get them.

Some would call me defensive. But what is wrong in being a coach who likes his teams to have good defensive organisation?

The first season in Segunda, we got to the playoffs – a great achievement for a team that had just been in Segunda B. That same summer we lost a lot of players, but we were strong again the following season, once again being in the mix for promotion to La Liga.

Some people tried to make out that there was a problem, but it wasn’t like that. The team was achieving its targets. The problem, perhaps, was that we had been so close to going up twice – getting great results at the beginning of both seasons – that nobody believed we could actually do it.

But this is football. Very rarely can things be achieved from one day to the next.

There needs to be progression, and even more so in a competition like the Spanish Segunda División. It is exhausting, with 22 teams competing from very different situations.

The three clubs that come down from La Liga have more experience, bigger contracts and bigger budgets. Then there are clubs that decide to make a hefty investment in a given season, with the very specific aim of getting to La Liga that year. In this way, there are always six or seven teams considered favourites to go up.

And, to make matters even more complicated last season, you had to add in the break because of the pandemic.

Even so, we managed to hold out and win promotion at the fourth time of asking. But in a different way. The Cádiz way.

“The plan had seemed crazy, but it ended with an evening that was wonderful”

We had the chance to do it in our own stadium and in our own city, but that wasn’t to be. We lost against Fuenlabrada on the Saturday, and so we had to wait for the following day’s results to see if we would go up – or if we had to wait to fight again in the next fixture.

That night, I went to bed a wreck. Not so much because we had failed to secure promotion in that match – more, I was worried about how my players were feeling. Since coming back from the pandemic, we hadn’t been the same – not the team I wanted.

The following day, the Sunday, the chairman invited us all to the club to watch the Real Zaragoza match that evening. They were third in the table, and we were depending on their result. The plan to watch the game together didn’t make much sense to me, but they were orders from above.

To everyone’s surprise, Zaragoza lost – 4-2, at home to Real Oviedo. Mathematically, we were in La Liga.

Suddenly, a plan that had to me seemed a bit crazy ended with an evening that was wonderful. We were able to enjoy our promotion together.

I don’t know how everyone else felt, but I had mixed emotions.

“My idea was that I would be quitting football forever”

First, I felt liberated. We had put ourselves under huge pressure because of the good season we had had. To go up, or not to go up? Not achieving that would inevitably have been a failure.

Second, I felt great personal satisfaction because the promotion was won on the basis of good work. It was not a coincidence, not by chance – as I felt it maybe had been in our promotion to Segunda, for example. This time, we had truly earned it.

And third, I had a sense of personal fulfilment. “It’s here,” I said to myself. “After coaching for so many years, nobody can take it away from me.”

I started out as a coach after going through some tough times as a player. I had played for many seasons, always in top-flight teams – Valencia, Racing de Santander, Mallorca – and also as an international with Spain.

But there came a time when I started to get injuries that ended in surgery – injuries that left me in pain, which ultimately left me with no desire to play.

That made me quit football before I thought I would, and my idea was that I would be quitting it forever. No coaching or anything else. But it was José Luis Oltra – a true coach by vocation – who made me take this new path.

“Just before we arrived, the name of a house nearby caught my eye”

When José started to take off as a professional coach, I followed in his footsteps, taking on the teams he left behind – Catarroja, Castellón, later Tenerife. It wasn’t vocational for me as it was for him, though. It wasn’t about knowing that I wanted to be a coach before I’d stopped playing. I found I liked it only by trying it out.

And by accumulating experience from the bottom. I started in an academy, coaching six-year-olds, and worked my way up through all the divisions. It’s something I am very proud of, and it’s something that has helped me in my development. For me to get to La Liga meant a new leap forward in this process.

Once promotion was achieved, I was able to fulfil a promise I made to my children a while ago.

Every Thursday, we would get together – me and the technical staff – to watch our next opponents’ previous match. One of those Thursdays, we were at the home of one of my assistants, Roberto Perera. It was close to Cádiz, in Puerto Real.

Just before we arrived, the name of a house nearby caught my eye. In Andalusia, and other parts of Spain, it is common to give your house a name – particularly when it’s a family home. Well, this one was called “La lucha no se negocia” (above) – the struggle is non-negotiable.

“In Cádiz, the people feel their link to the club very deep inside. It is part of them”

When I returned home that day, I told my children that if we went up to La Liga, we would go to that house, knock on the door and see what happened.

And that time finally came.

What happened when we visited that house was incredible. Everybody was emotional. I can say to you in all honesty that I had tears in my eyes.

The owner told us why he had called it that. He identified with that motto, and he told us what our achievements had meant for him and for the people of Cádiz.

Every city has its links to a club, but here they really live and feel that very deep inside. It’s part of them.

We know that it’s a privilege to be in La Liga, but we are aware that it will really test us. Challenge us to give more.

It will really test the players and me too, but in the way I want it to – because if I change it, I wouldn’t be myself. I want us to fight every match right to the end. To convince everyone that we can do it.

We owe it to ourselves after so many years trying to get to this point.

But, above all, we owe it to the people of Cádiz.