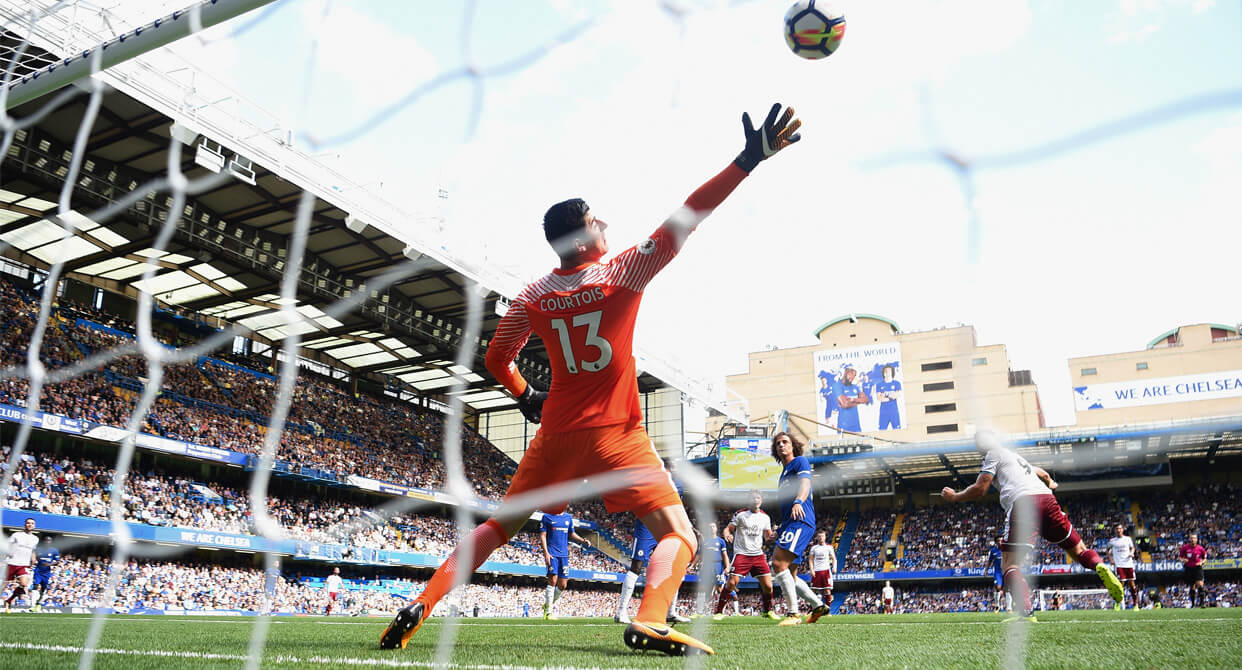 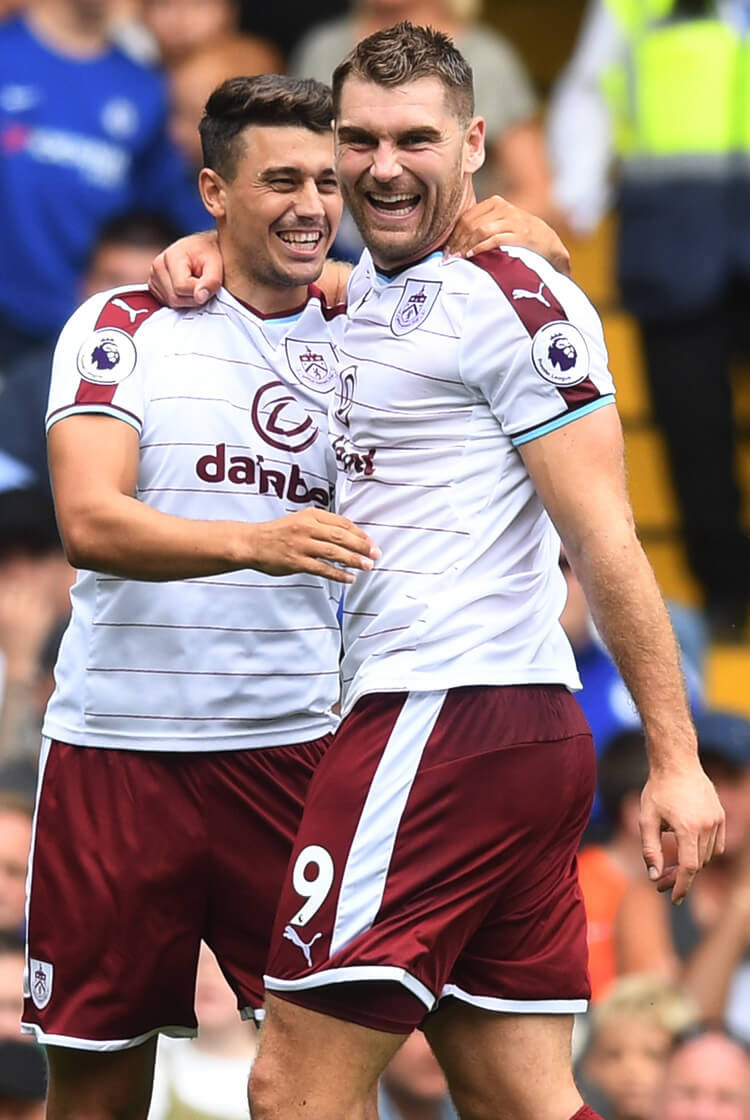 The Premier League champions made a disastrous start to their title defence, losing Gary Cahill to an early red card and falling to a 3-0 half-time deficit at home to an inspired Burnley. A spirited second-half fightback was not enough to save even a point, as Sean Dyche's men held on for a first win at Stamford Bridge since 1971. The Stamford Bridge mood was not lightened any by Cesc Fabregas' late dismissal. 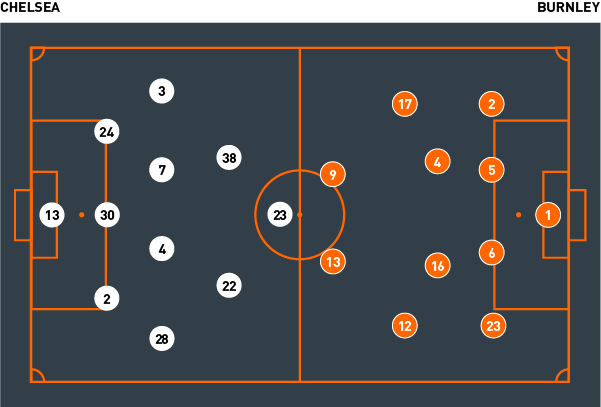 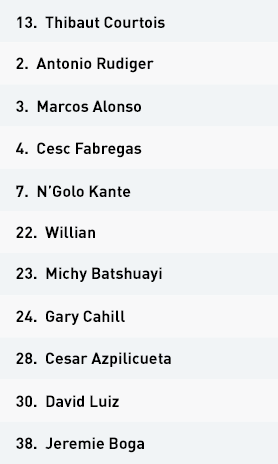 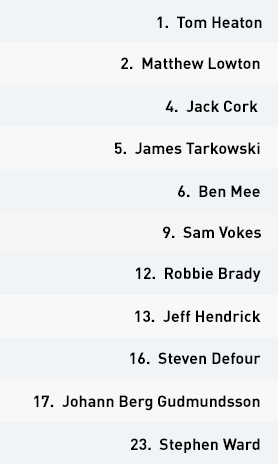 Antonio Conte started with a 3-4-3, moving to a 5-2-3 in defence, with Antonio Rudiger in the back three and Cesar Azpilicueta in place of the suspended Victor Moses at right wing-back. The defensive formation remained unaltered after Gary Cahill's early dismissal, with Andreas Christensen brought on to replace attacking midfielder Jeremie Boga. N'Golo Kante and Willian flanked Cesc Fabregas in a three-man midfield, with Michy Batshuayi operating as a lone forward in what became a 5-3-1.

In their own half, Chelsea's midfielders hassled the ball carrier, pushing up from defence and trying to keep their shape – but after the sending-off they often struggled to manage this. In attacking areas, they had to play for a long time with numeric inferiority, so prioritised depth in defence. In defensive transition, if the first pressing group was not able to get the ball back or stop the counter-attack, they tried to delay the counter-attack by gathering players to chase the ball.

In possession, Chelsea were forced to go direct due to good initial pressure from Burnley – which was only strengthened when Conte's team went down to 10 men. Their aim was to get the ball near their opponents' box as soon as possible, although Kante and Fabregas kept possession well when this was not on – and Azpilicueta and Marcos Alonso maintained their attacking width in a bid to get crosses into the area.

It was difficult for them to find inside channels through the last line of Burnley's defence. After the sending-off, but especially after falling behind, they became more direct and predictable.

Alvaro Morata galvanised the attack after coming off the bench in the second half. The Spain forward scored one and assisted David Luiz with a second.

Sean Dyche's team started in a 4-4-2, which could also work as a 4-4-1-1, and began by pressing with the two attacking players – Sam Vokes and Jeff Hendrick – to interrupt Chelsea's first line of distribution and force them to play direct.

Behind them, the team was brilliantly organised in two banks of four and set up to hassle the man on the ball, push out from defence and always keep their shape. They weren't afraid to sit deep in defensive positions, though, as they felt comfortable defending near their goalkeeper. Central defenders James Tarkowski and Ben Mee were superb.

In defensive transition, they tried to recover the ball immediately after losing it. With numerical superiority after the dismissal of Cahill, however, they didn't find themselves under too much threat in this part of the pitch.

In attack, Burnley prioritised direct passes over Vokes, as a means to progress into the Chelsea box. Passes were usually directed towards a flank (the whole team moved across to the chosen side) or up front; Hendrick and the wide players could support Vokes, while central midfielders Cork and Defour could close in and offer support from deep.

Both central midfielders read their teammates' movements off the ball well, securing possession by changing the direction of play, and linking up both from deep and in wide areas. Vokes was excellent in front of goal, scoring twice from inside the penalty box; the first goal with just one touch on the volley and the second with an accurate header.

Chelsea captain Gary Cahill's early sending-off after 13 minutes, his studs showing in a tackle with Steven Defour, left his team a man short for most of the match.

Two goals for Burnley forward Sam Vokes: the first a volley and the second an accurate header. The Welsh forward put in an excellent all-round performance as the focal point of Burnley's direct style, central to their pressing game and decisive in his finishing.

The positive impact made by Alvaro Morata after his arrival in the second half, grabbing a goal and an assist as Chelsea fought back from 3-0 down.