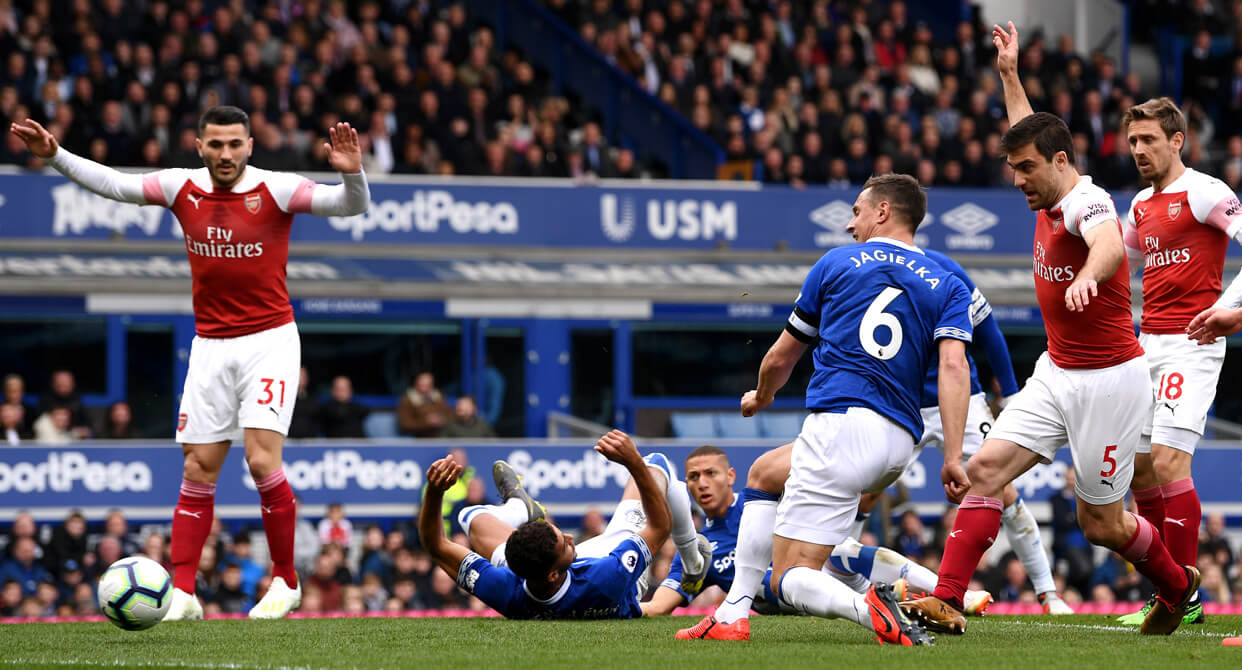 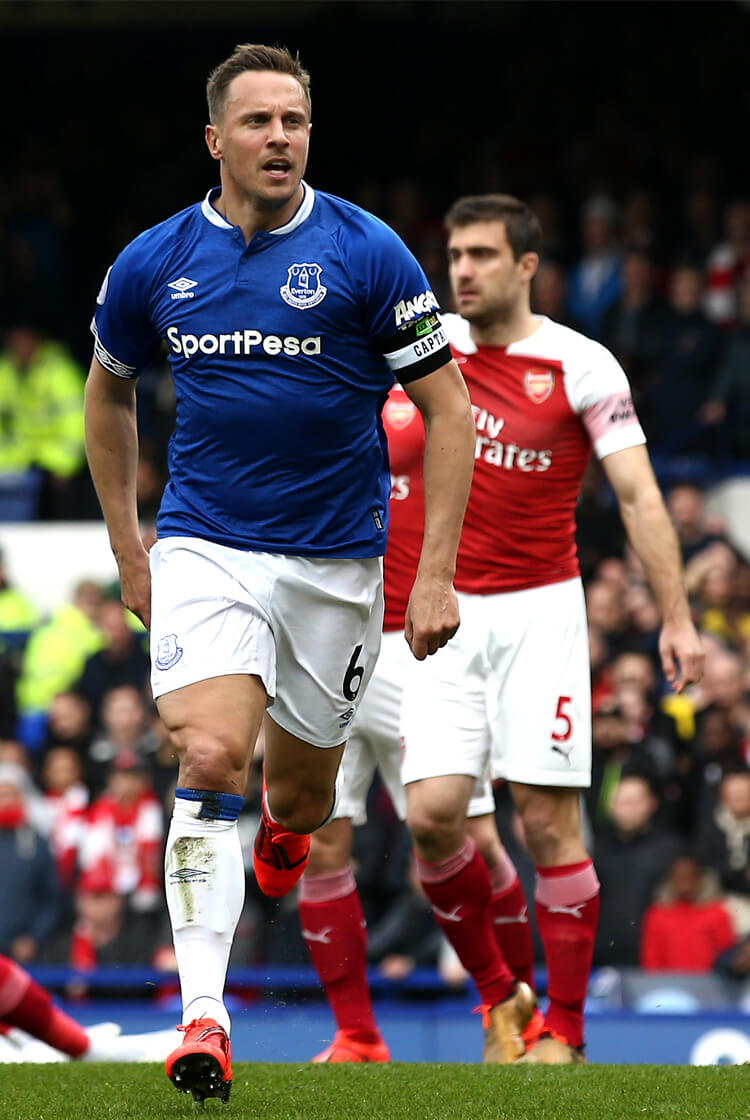 Phil Jagielka’s first Premier League goal in almost two years helped Everton to a rare victory over Arsenal and saw them rise above Marco Silva’s old club Watford into ninth. Here, our professional coaches analyse the key tactics and patterns of play that enabled the blue half of Merseyside to get the better of Unai Emery and the Gunners – a defeat that dents their Champions League hopes for next season.