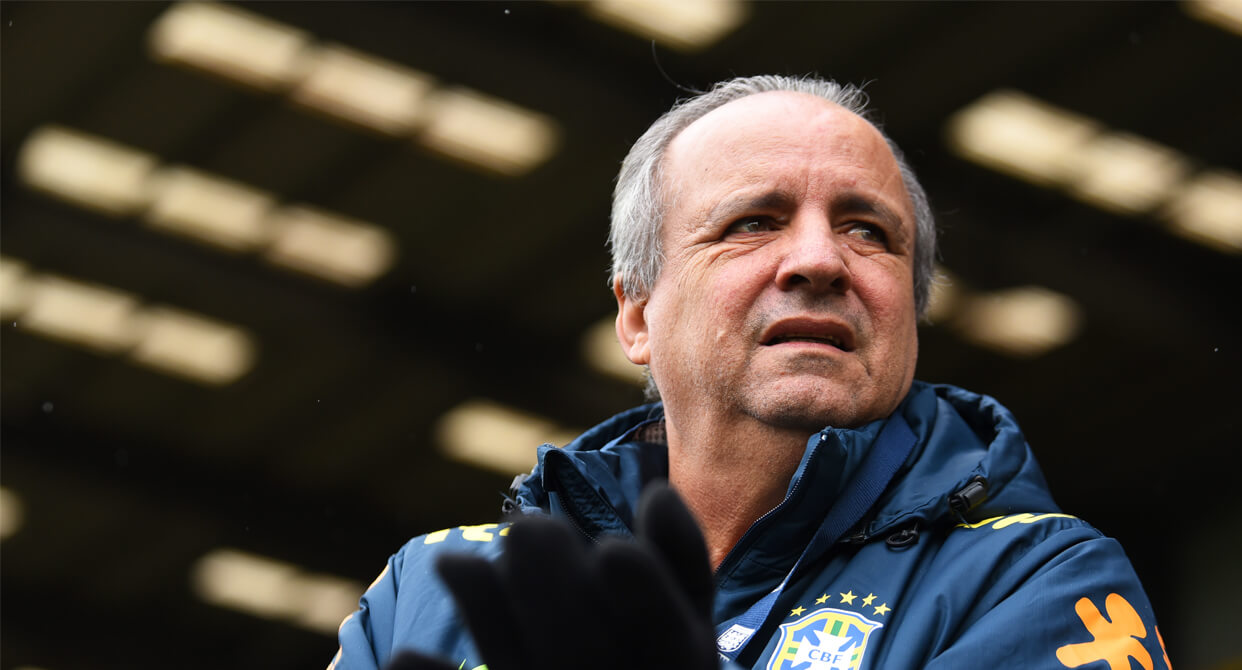 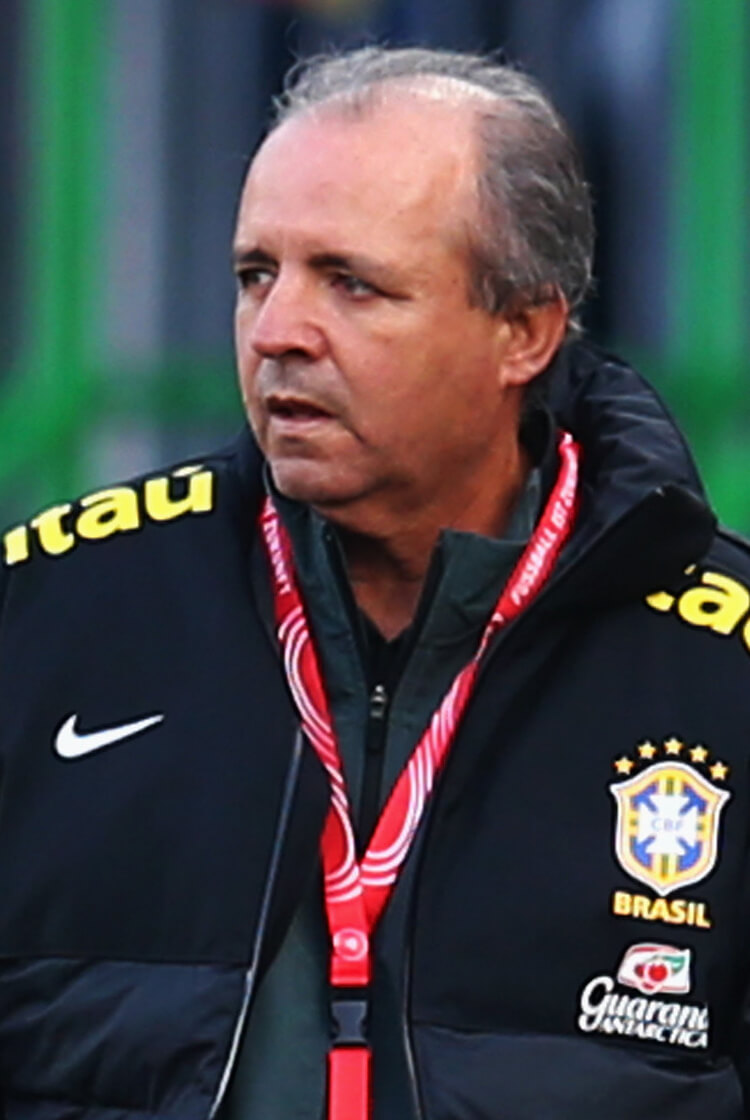 My first football memory has a short name: Pelé.

It comes from the early days in my hometown – Monte Azul Paulista, in the countryside of São Paulo state. Pelé was not only the best player, but he was also much better than everyone else. I became a Santos FC supporter because of him. I became a Pelé supporter, in fact. You don’t forget such special memories.

Football has been part of my routine since I was very young. The little Vadão didn’t want any birthday present other than a ball. At first, I played football just for fun. However, it wasn’t long before it became something serious.

I was still a teenager when football became my profession. In 1974, I signed my first contract for Guarani, a traditional club from Campinas. I was only 17 years old.

The dream lasted just over a decade. I didn’t build a successful career on the pitch. Playing for significant sides from São Paulo’s countryside, such as Guarani, Noroeste, Botafogo-SP, was the furthest I could go.

Football was my fantasy, but I deliberately decided to interrupt my dream halfway through.

To keep fighting would be the ‘heart choice’ – the romantic option. It was also what my close relatives wanted to happen, so they were telling me not to quit professional football.

In the meantime, I was finishing my degree in Physical Education, and I was expecting my first child. So I could only sense a grim future as a player. It was then that I put all those factors into consideration and came up with the most challenging decision of my professional life: I brought my playing days to a premature close when I was 28 years old.

It might have been a rational decision only, but it proved to be the right one.

After graduation, I became an assistant fitness coach at Portuguesa, a club from São Paulo. Two years later, I was no longer an assistant. I received an offer from Mogi Mirim to become their senior fitness coach; job done for seven years. In 1992, I became their head coach.

"One may think that it was a difficult decision to migrate from men’s to women’s football. In my case, it was not"

My early days as a football manager couldn’t have been better. At Mogi, I had the chance to build an attractive side. We tried to play something similar to what the Netherlands did at the 1974 World Cup. Or something near to what Barcelona do in the modern game.

You might remember Rivaldo having world-class performances for Brazil or Barcelona, but many Brazilians won’t forget his birth at Mogi.

I can only be grateful for that first coaching experience. Luckily, I made the most of it. If I’m here now, leading Brazil at a second consecutive World Cup – if I had the chance to work at some big Brazilian clubs, such as Corinthians, São Paulo and Atletico Paranaense – all of it happened only because of Mogi Mirim.

I was coaching Ponte Preta in 2014 when I received the offer to join the Selecão.

I had just left Ponte’s training ground after an afternoon session, and I got a call saying I should return to the club for a meeting with the president. A sudden meeting with the chairman doesn’t usually have the best outcome for the manager.

On that occasion, the president told me about the Brazilian Football Confederation’s plan. I was their first option to become the Brazil women’s coach.

When I came back home that day, my wife and daughter were apprehensive. I explained to them the situation, but they didn’t believe that I was about to manage Brazil’s women. My daughter looked at me and said: “No kidding, dad. What happened?”

Perhaps, one may think that it was a difficult decision to migrate from men’s to women’s football. In my case, it was not. The offer came as oxygen for my career.

At the time, I was 58 years old. I couldn’t have been happier to imagine the prospect of leading my country at a World Cup or Olympic Games. I saw the opportunity as a reward. However, I must be honest – until that day, I had never thought of managing a women’s team.

"How many great footballers in the Brazilian countryside were waiting for an opportunity that never came?"

One of my biggest challenges as Brazil’s coach was finding new players. In Brazil, we don’t have women’s youth teams. It’s different from what happens in the United States or France. There, a six-year-old girl plays football at school. Here, they don’t. Or, at least, they didn’t play until not long ago.

As a consequence, the professional Brazilian players skipped a crucial part of any player’s career – the academy. Try and find a successful footballer in the men’s game who didn't pass through an academy. It’s rare. However, for Brazil’s women, this has been the sad reality.

Inexperienced players were reaching the top level, the national team. How many great footballers in the Brazilian countryside were waiting for an opportunity that never came? Sometimes, we are not aware of their talent. We are trying to change it, but it takes time. Hopefully, we can keep on going in the right direction. I can see improvements, in fact, and I’m honestly confident for the future.

From my first spell at Selecão to this second one now, there have been a lot of positive changes. From this season on, each of the 20 clubs involved in the men’s Serie A must also have a women’s team. The women’s national league has now 16 teams in the first division, and another 36 in the second tier.

For the first time, every single game of the Selecão at the World Cup will be broadcast live by the biggest Brazilian television channel. It’s symbolic.

We have been drawn into a tough group in France. Australia are one of the tournament favourites. Italy are making constant progress. Last, but not least, are Jamaica. They are making their World Cup debut, but I believe they can be one of the surprise packages.

We have to respect every opponent. It’s a football cliche, but the only recipe I know for success. It doesn’t mean that we have low ambitions. It’s the other way around. We target the title. We are not going to France for a holiday. We want to be world champions.

Brazil have been pursuing a major trophy for a long time. We’ve been close to glory in the past. More than once, Brazil have been among the three or four biggest favourites ahead of a major tournament. We have come close to a title, but it has not come our way yet.

There’s more competition now, and I can honestly see at least eight potential winners of this World Cup. Brazil are among them. It looks more difficult to become champions in comparison to our previous chances. It’s still possible, though, and that is for sure what we have in mind.

Once more, we will have Marta (below) on our side – and that is a privilege. She represents for the women’s game in Brazil what Pelé does for the men’s. I have a massive admiration for her. It’s beautiful to see how she has conducted her career, the way she treats both her teammates and her managers.

Marta is aware of her importance to the Selecão and the women’s game in general. It entitles her to privileges both on and off the pitch. Nobody would disagree. You know, it’s Marta. She deserves special treatment.

But she doesn’t want any privilege at all. She wants to feel like any other player.

When I convinced Formiga (above) to return to the Selecão, Marta came to me with a request: “Mister, please give Formiga the armband. She deserves to be our captain.”

Formiga is now 41 years old, and going to her seventh World Cup.

I accepted Marta’s request, but Formiga did not.

“Mister, the armband belongs to Marta. If for some reason, she doesn’t play, I’m fine with being the captain. Otherwise, Marta owns the armband.”

There’s a third key and experienced player in our squad. Cristiane is 34 years old, one year older than Marta, and she is a prolific goalscorer. She feels comfortable where many players feel the pressure. Marta, Formiga and Cristiane know this might be their last World Cup. They are motivated to take part in the best competition once more. It’s beautiful to see their passion for the game. It’s contagious. The youngsters look at them as role models.

I dream of winning the World Cup this summer. I still haven’t overcome the frustration of being knocked out in the semi finals of the 2016 Olympic Games – losing a penalty shootout on home soil.

Many people deserve World Cup glory. However, I’m not sure if many deserve it more than Marta, Formiga and Cristiane. I obviously don’t know what is going to happen on the pitch. Although I have no doubt about one thing – as Marta always tells her teammates in the pre-match speeches, we should all enjoy the moment.

“It’s unique,” Marta says. And she is right.

I’m enjoying the moment, too.