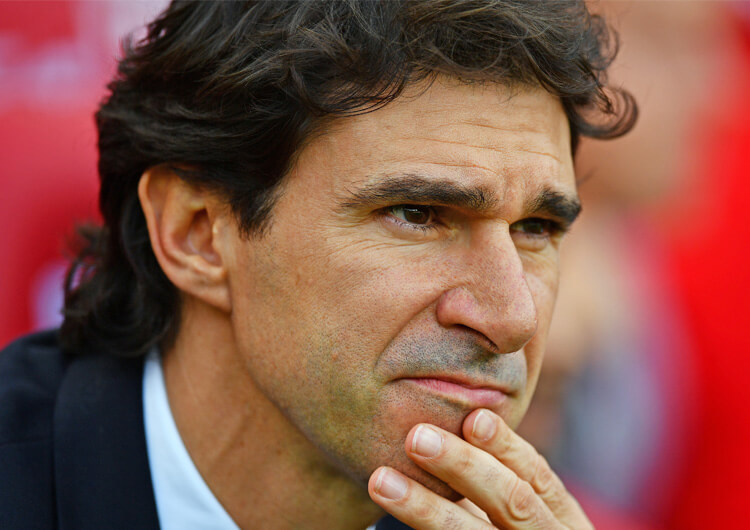 The End of the Affair

One day, you wake up, and there is no game to prepare for.

That is a bad day.

I was at Middlesbrough for three and a half years. You are used to doing the same thing every day. You go to the office, you train, you prepare for a game. Then, suddenly, you don't have to.

There is a mixture of feelings. Football is my life, but there is another side.

I have a wife, I have two kids. Now, I could serve breakfast with them. I could take my kids to school. It is a different life. Nobody wants to be at home when you want to work, but my wife and kids want a husband and a father again.

I love football, so I am always trying to watch it. But at home, I can't spend all my time watching football. Ninety per cent is for my family.

"When you are in charge, you think only about your job. Sometimes you need to have that break"

And it is a curious thing: people I know, when they see me, tell me that my face has changed.

I can't feel that, but everybody says that I am more relaxed now. I am different.

When you are in charge, when you want to do something well, you need to think 24 hours about that thing. You think only about your job. When you go to bed, when everybody else is resting and sleeping, you are thinking about it.

Sometimes, you need to have that break.

Four years ago, I had one thing clear in my mind: I didn't want to start my managerial career in Spain.

I had experience as a player, then experience as a national coach with the Spanish Under-16 team, and finally experience of working at the top level as assistant to Jose Mourinho at Real Madrid. It was the right moment for me to start, and to come to England was an amazing opportunity for me to show myself I could train alone.

I knew it was going to be a really tough challenge.

"To lose that final, go back to my office and put another 46 games up for the next season in the Championship? That was a tough moment"

The crowd was always really important for me, because in the bad moments I felt the fans were always there. When we arrived there were eight, 10,000 people at the Riverside. Now, in my last games, there were 32 or 33,000.

At the beginning maybe they were a bit surprised – I was the club's first foreign coach, bringing different shapes and a different style. But in the first season we stayed up easily, then the following season we reached the playoff final, and then the season after we got promoted. It was a build-up, step by step.

The worst moment was to lose the playoff final. We had been fighting for I think 55 games that season, because we had a good run in the cup. To lose that final, go back to my office and have to take every single game off the board, and put another 46 games up for the next season in the Championship? That was a tough moment.

But we created an amazing group there. Grant Leadbitter, George Friend, Dani Ayala, Ben Gibson, Adam Clayton - an almost English core of players, and when I arrived to the training ground for that season I felt them really looking forward to it. We were sure we were gonna get promotion, and we did.

As a player, you celebrate every single thing like it is the last day in your life. You can be running on the pitch with the fans, for five minutes, 10 minutes.

As a coach, it is completely different. It's been one year working for that moment. You have 25 players who have been working for you, you have 30,000 people who have been supporting you, and you feel responsible for everything. I went to my office and I was crying for 30 minutes.

The celebration was amazing. I had my parents, my wife, my sister, my kids: it was so important to me to celebrate with them, and then after we went for dinner with the players.

But as a coach, you think: "Okay, we have left the Championship today. But tomorrow I think about the Premier League."

The mentality is always that you have to progress, you have to go forward, because the Premier League challenge ahead of us was really, really difficult.

"I tried to organise lunches with the players. Instead of showing them images of the opponents, I would show them good images of us"

The last days at Middlesbrough were not the same as the others. I am in a period where I am starting my career, so never had I been in that situation.

The last two or three weeks, I was trying to change different things. Things weren't working. I couldn't keep doing the same things.

I was trying to organise lunch with the players. Instead of showing them images of the opponents, I would show them good images of us – I needed to show them, to remind them of the good things about us. I changed different things in training sessions, allowing them more freedom.

I had three really good seasons at Middlesbrough, but it all went by really quickly and I needed time to realise just how much I had learned, to think about everything I had done well and the things that I didn't do so well. To learn from my mistakes, to travel, to gain things from other coaches around the world and refresh my mind.

That period of reflection has now come to an end. I think this is the best league in the world, and I would like to stay here a long time. Now I feel refreshed, with a very clear idea of what I want and how I want to move forward in my managerial career. I want to develop a good project. I feel everything is in place in my mind and that I have the confidence after this period of reflection. Now I am ready for a new challenge.