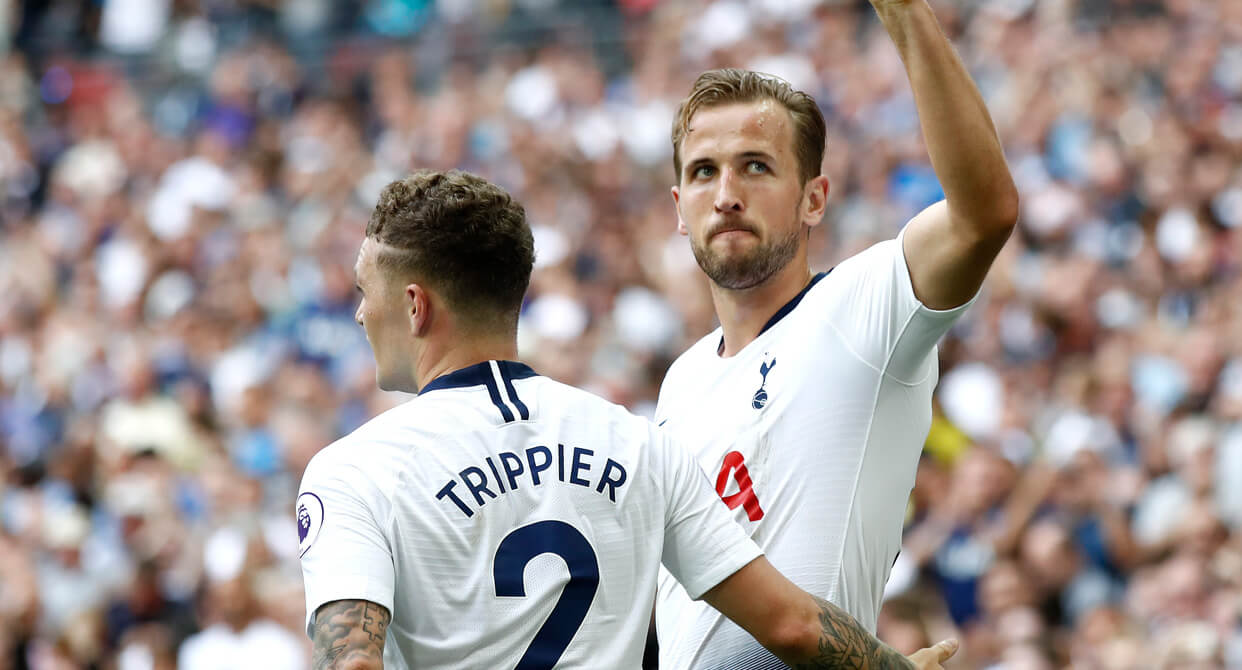 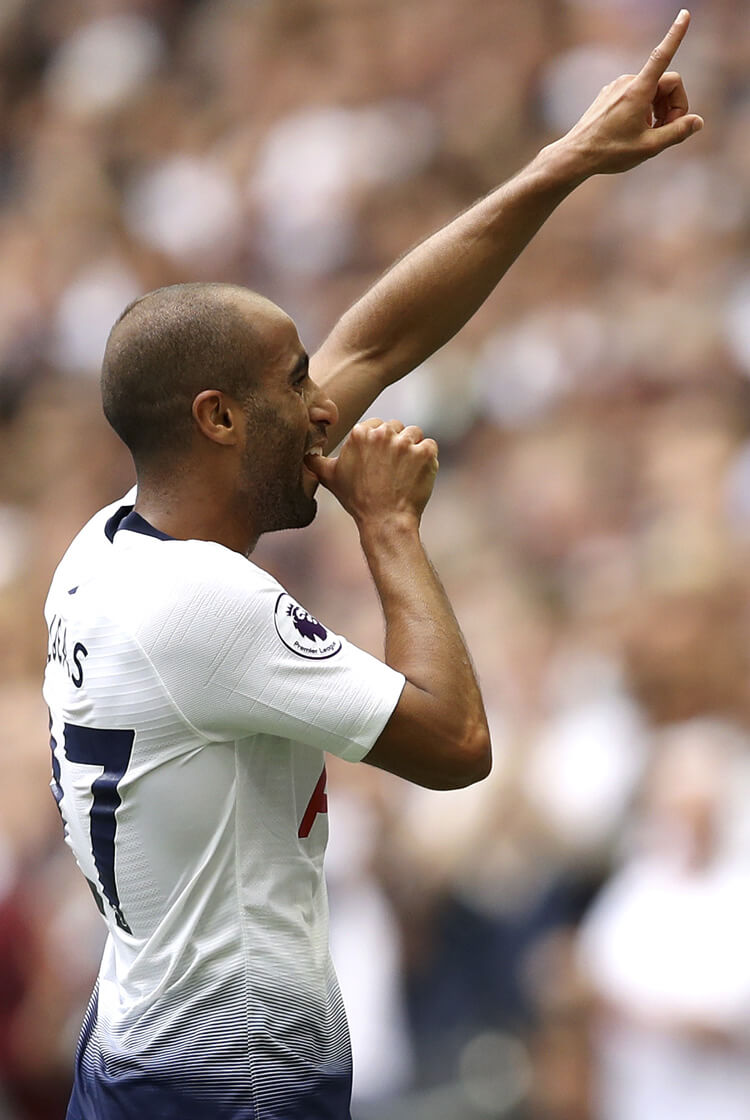 Tottenham maintained their winning start to the season with this victory over newly promoted Fulham at Wembley. Harry Kane finally broke his Premier League August goal drought to score his side’s third, while Lucas Moura and Kieran Trippier also got on the scoresheet. The Cottagers responded well after Moura had opened the scoring with his first league goal for Spurs shortly before half-time, with Aleksandar Mitrovic equalising after the break. Mauricio Pochettino duly brought on an extra man in midfield, to grant his attackers more freedom to cause problems in the final third, and the change worked. Two goals within three minutes – a sublime free-kick from Trippier followed by Kane’s clinical finish – sealed the win and left Slavisa Jokanovic still seeking his first points as a Premier League manager. 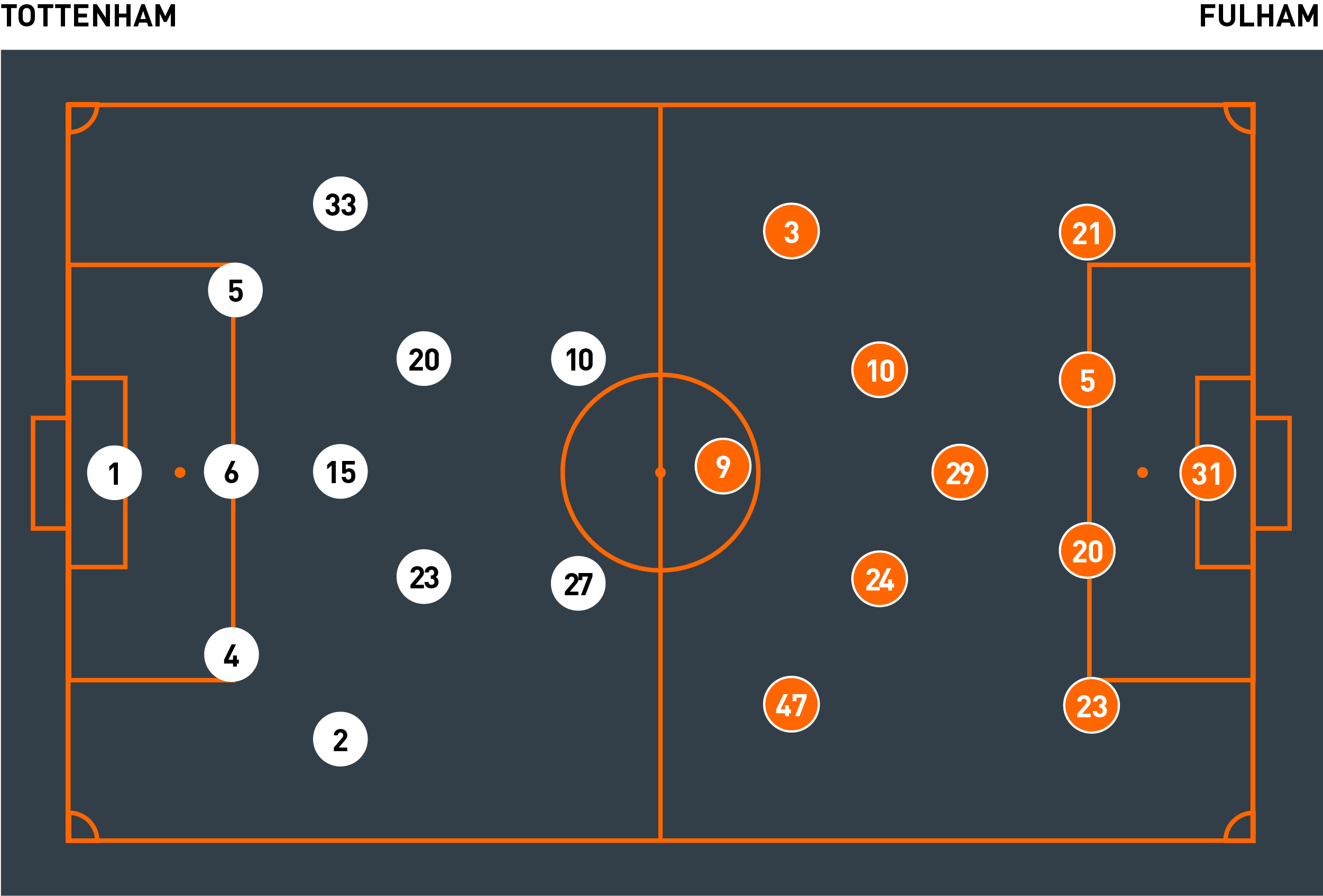 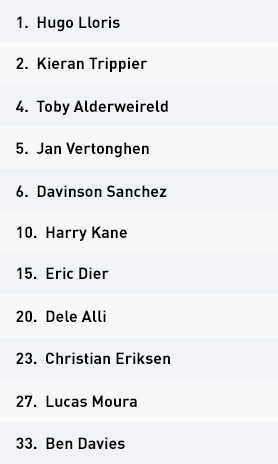 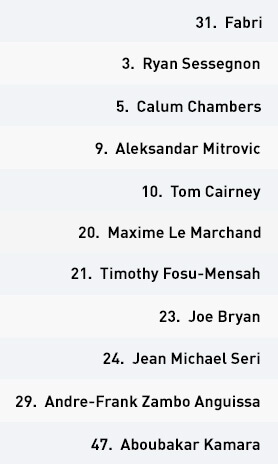 Tottenham began the game in a 3-1-4-2 formation, with Eric Dier sitting in front of a back three of Toby Alderweireld, Davinson Sanchez and Jan Vertonghen. Kieran Trippier and Ben Davies provided the width, while Christian Eriksen and Dele Alli made use of the central areas and half-spaces. Lucas Moura and Harry Kane started up top, although Moura had more licence to roam and pick up different positions, making him harder for Fulham to track.

With Fulham operating in a mid to low block for the majority of the game, Spurs had to display patience in possession. Setting up with three central defenders meant there was often a passing lane available to Dier and wing-backs Trippier or Davies, but they initially had trouble breaking their opponents down. The hosts were forced to circulate the ball, with their attacking players dropping and rotating in an attempt to create space for an attacking runner. To get around this, Spurs looked to play forward quickly in transition, taking advantage of the spaces before Fulham had a chance to reorganise within their units. This strategy had potential, but never bore any real fruit.

It was the introduction of Mousa Dembele shortly after Fulham had equalised that provided the real swing in the game, with Tottenham reverting to a back four. The presence of Dembele alongside Dier increased their central control but, more importantly, allowed Alli and Eriksen to take up more advanced positions between the lines. From here, they regained control and penetrated Fulham on a more regular basis.

Before the substitution, Spurs generally operated in a 5-3-2 formation out of possession. Trippier and Davies would join the back three to create a back five, covering the width of the pitch. Dier would protect the central areas along with Eriksen and Alli – this trio stayed compact, essentially trying to prevent an easy pass into Fulham striker Aleksandar Mitrovic’s feet.

With three central defenders, one could follow Mitrovic if he dropped or get tight to him if he received the ball with his back to goal. The other two could maintain compactness and prevent penetrative passes in behind for wide attackers Ryan Sessegnon or Aboubakar Kamara from Mitrovic’s sets.

Kane and Moura led the line out of possession. If the ball was in the middle third, Trippier or Davies would have licence to join the midfield three, depending which side the ball was on. Dier would drop slightly to cover the space, while the remaining back four would slide across.

This was far from a comfortable victory for Tottenham, despite the scoreline suggesting otherwise. Mauricio Pochettino’s response to his side conceding at the beginning of the second half was pivotal, with the change in formation to a 4-2-3-1 successfully getting his team on the front foot again.

Fulham set up in their usual 4-3-3 formation. Calum Chambers and Maxime Le Marchand played as the two centre-backs for the second consecutive game, with Manchester United loanee Timothy Fosu-Mensah on the right and Joe Bryan on the left of the back four. Andre-Frank Zambo Anguissa, Tom Cairney and Jean Michael Seri made up the midfield three, while Aboubakar Kamara, Aleksandar Mitrovic and Ryan Sessegnon, this time on the right, formed the front three.

Slavisa Jokanovic’s team tended to mix their strategy in possession, between playing early and direct to Mitrovic and building through the thirds. They initially struggled to assert control in central areas, with the midfield three finding themselves outnumbered on occasions and unable to maintain effective possession.

This changed in the second half, as Fulham relaxed in possession and managed to control the game for a brief spell – during which time a lengthy passing sequence built from the back resulted in Mitrovic equalising. They were at their best when they utilised a possession-based approach, but this control was short-lived once Mousa Dembele entered the action. With Tottenham switching to two holding midfielders, the visitors became more cautious and struggled to retain the ball.

Fulham’s out-of-possession structure was very much dependent on where the ball was, along with the positioning of Trippier and Davies. Kamara and Sessegnon were largely responsible for tracking the Tottenham wing-backs, which often saw the pair join their defensive unit to form a back six. The back four was regularly found in a notably compact shape, forming a line that spanned no more than the width of the penalty area.

Kamara and Sessegnon would play slightly higher within midfield or Tottenham’s defensive third, and picked up Christian Eriksen and Dele Alli when they played in the half-space or wide areas. This allowed Cairney, Seri and Anguissa to maintain central compactness and close the passing line to Harry Kane. As the game progressed, however, Fulham struggled to maintain this compactness; as they chased the game in the second half, Tottenham began to take advantage of the numerous gaps being left.

Despite the defeat, there were signs of promise for Fulham, particularly in the second half. Having brought in 12 players over the summer, Jokanovic’s players are still in the process of settling into a new team. They’ll be hoping to get their first points on the board when they host Burnley.