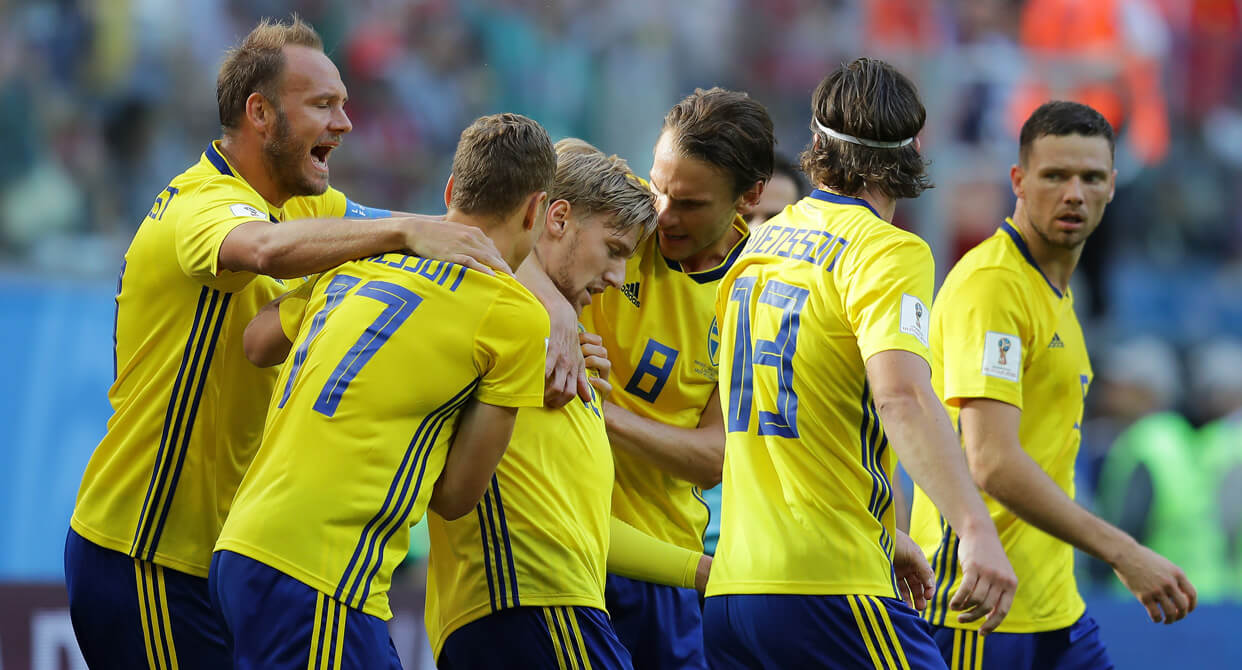 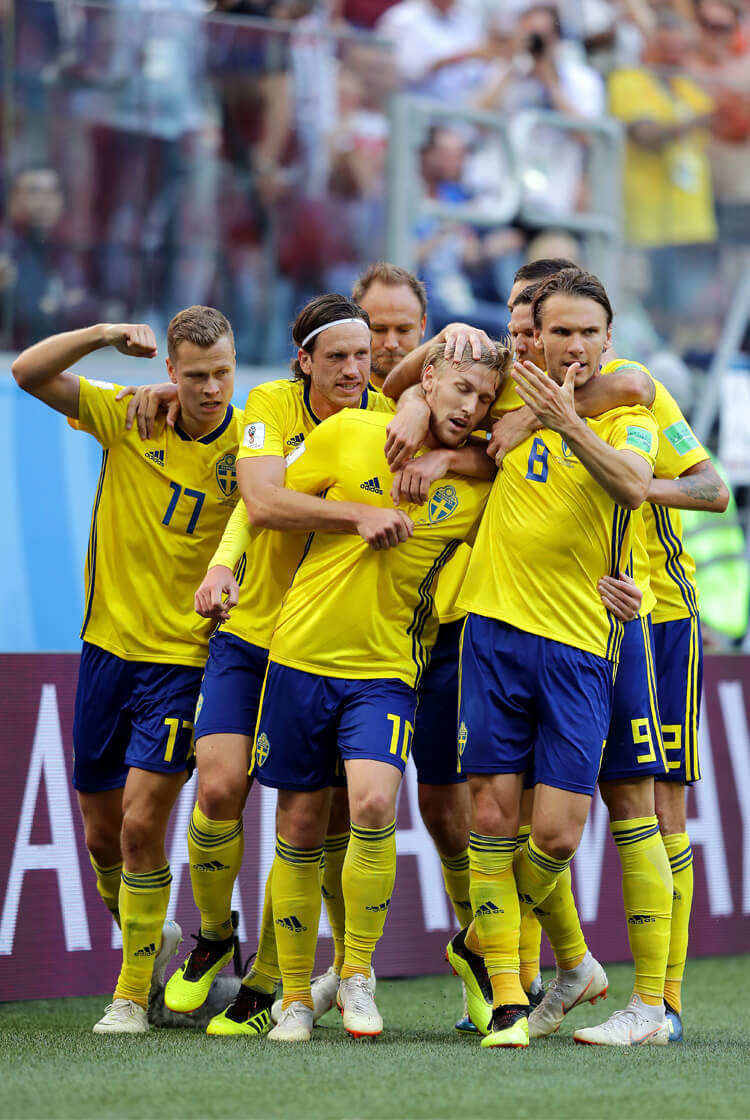 Sweden’s narrow victory over Switzerland in Saint Petersburg, courtesy of Emil Forsberg’s deflected second-half strike, set up a quarter-final meeting with England. It predictably wasn’t a contest pretty on the eye, but it was nonetheless a compelling watch. Both teams had chances, but there was a lack of quality about the finishing – no surprise, then, that it was a cruel deflection from a tame Forsberg shot that wrongfooted goalkeeper Yann Sommer and sealed the win for the Swedes. Switzerland failed to hit back, and ended the encounter with 10 men after Michael Lang was dismissed in stoppage time for a shove on Martin Olsson, who had outpaced the defender to go through on goal. It will be the third time England and Sweden have gone head to head in the last five World Cup tournaments, with the winner heading for a semi final against either Russia or Croatia. 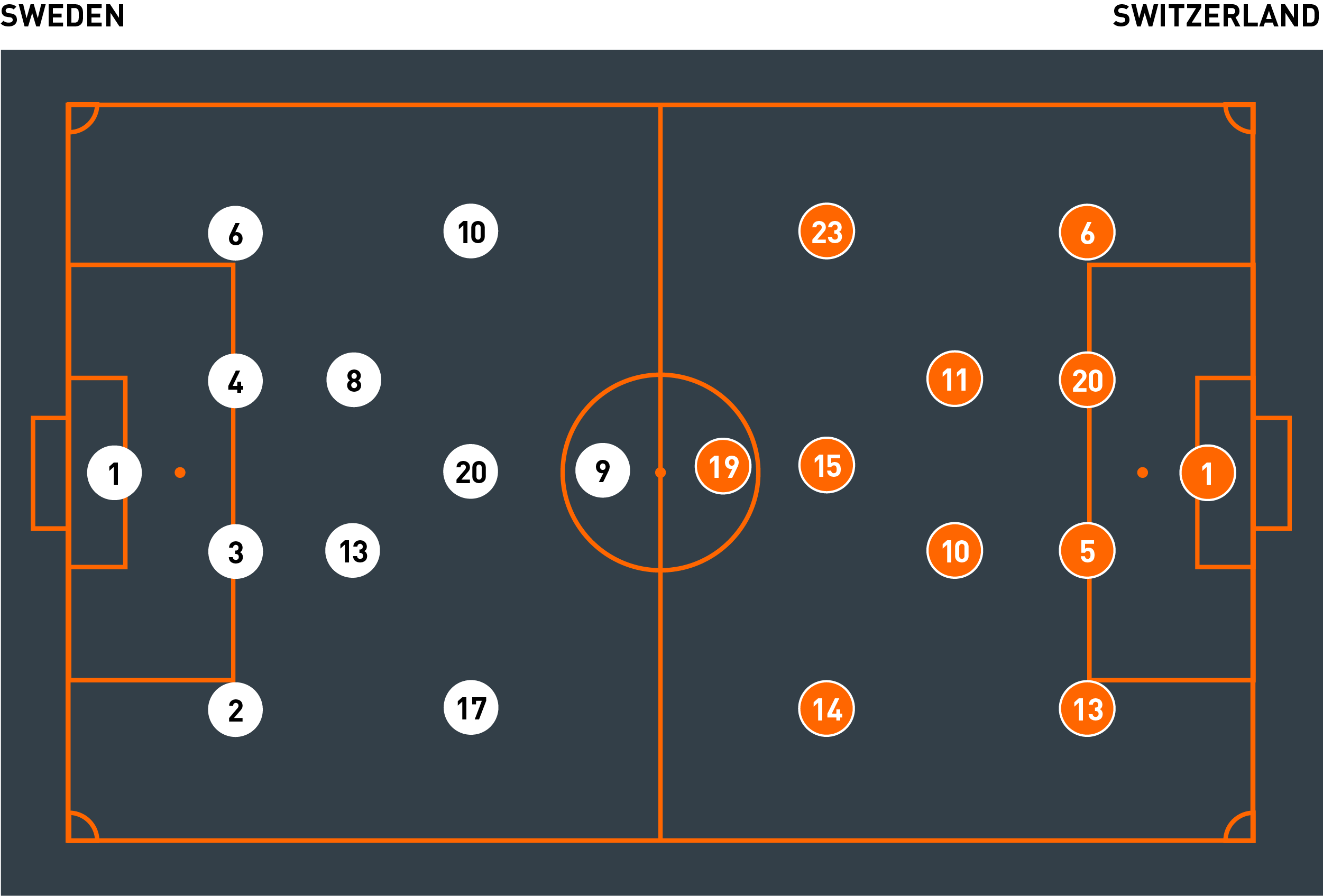 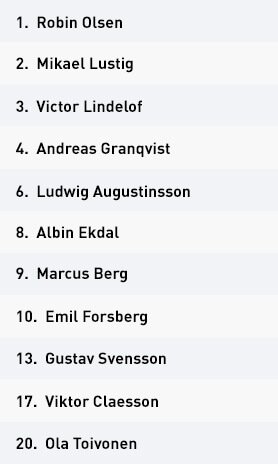 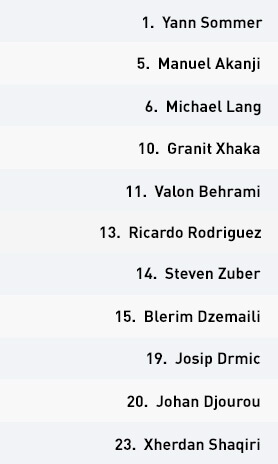 Sweden set up in a 4-2-3-1 formation in possession, with Emil Forsberg, Ola Toivonen and Viktor Claesson supporting target man Marcus Berg in attack. Gustav Svensson and Albin Ekdal provided the central security behind them.

Sweden’s primary strategy was to play direct football. With Berg, Toivonen and Claesson all capable of winning aerial battles, the attacking quartet tended to stay close to one another to ensure they could win both the first and second balls.

This narrow positional structure in possession also helped the transition into the out-of-possession structure. Sweden demonstrated their ability to build attacks through shorter passing, too – the winning goal came via build-up through the thirds, albeit against a substandard press.

Out of possession, Sweden were generally organised and disciplined. They initially set up in a 4-3-3 formation, with Toivonen and Berg joined by the wide attacker on whichever side the ball was on. This became a 4-4-2 as the game progressed, but the wider players would always be slightly higher than the two central midfielders.

Sweden pressed Switzerland initially, but were played around and through with relative ease. The wide attackers, particularly Claesson, would press the centre-back and not screen the ball to the full-back. This meant the full-back was free to receive and carry the ball forward, creating a potential two-on-one situation.

Before long, Sweden fell into a mid-block and wouldn’t press Switzerland until they entered their half. With Switzerland recording 62 per cent possession over the 90 minutes, Sweden were clearly content for their opponents to have the ball – the Swiss were not hurting them when in possession.

The key to Sweden’s out-of-possession organisation was the relationship between Svensson and Ekdal. The central midfield pairing provided a screen for their centre-backs but were also responsible for tracking any Swiss attackers who would try to drop in front of the midfield line to get on the ball. When tracking these players, the Swedish midfielders had to make sure that they could only play backwards – a job they did extremely well.

England, their quarter-final opponents, will surely have noted that the wide areas are a potential weakness in this structure, however. With the two central midfielders staying deeper and the wide midfielders pushing up in the hope of pinching the ball high, an overload in these areas could bypass this press completely.

Vladimir Petkovic’s team had a large amount of possession in this game and displayed great patience with the ball. Their ideas, however, were extremely limited and they struggled to take full advantage of the exposed areas in Sweden’s positional structure.

They tended to push their full-backs on during the build-up, with Behrami providing cover. This allowed Shaqiri and Zuber to play more centrally, creating potential overloads in the wide areas and half-space – which is where Switzerland had the most success in creating chances.

The main issue with their build-up was they too often had both Xhaka and Behrami in front of the first line of Sweden’s block, along with two central defenders – this was an unnecessary overload that offered no benefit to their play, with the higher attacking players dropping in to receive but then immediately forced backwards. This resulted in the ball being recycled to the centre-backs and deep midfielders, ultimately resulting in stale possession. Sweden’s block was relatively unmoved against this.

Switzerland looked to press Sweden with high energy and intensity out of possession. They would generally press with two and look to close down the centre-backs and the goalkeeper to reduce the time they had to pick out an accurate, direct pass. Dzemaili joined Drmic in the front line of the press, while Shaqiri and Zuber accompanied Xhaka and Behrami in the middle. Occasionally, Behrami would not join the second line, instead positioning himself to challenge aerially for the long ball.

Due to the large amount of possession Switzerland had, they didn’t spend much time in an out-of-possession structure. Coupled with the fact that Sweden’s play was predominantly direct and/or on the counter-attack, much of Switzerland’s work out of possession was transitional. This was of a similarly high intensity but appeared to lack organisation, only occasionally forcing mistakes.