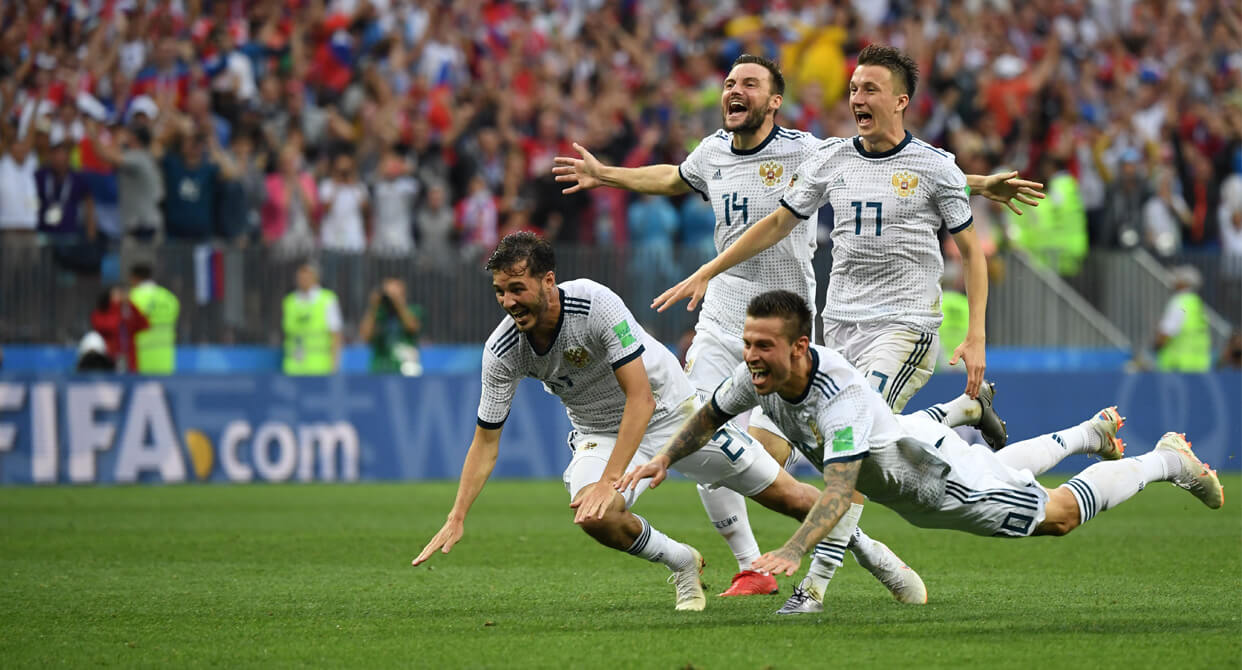 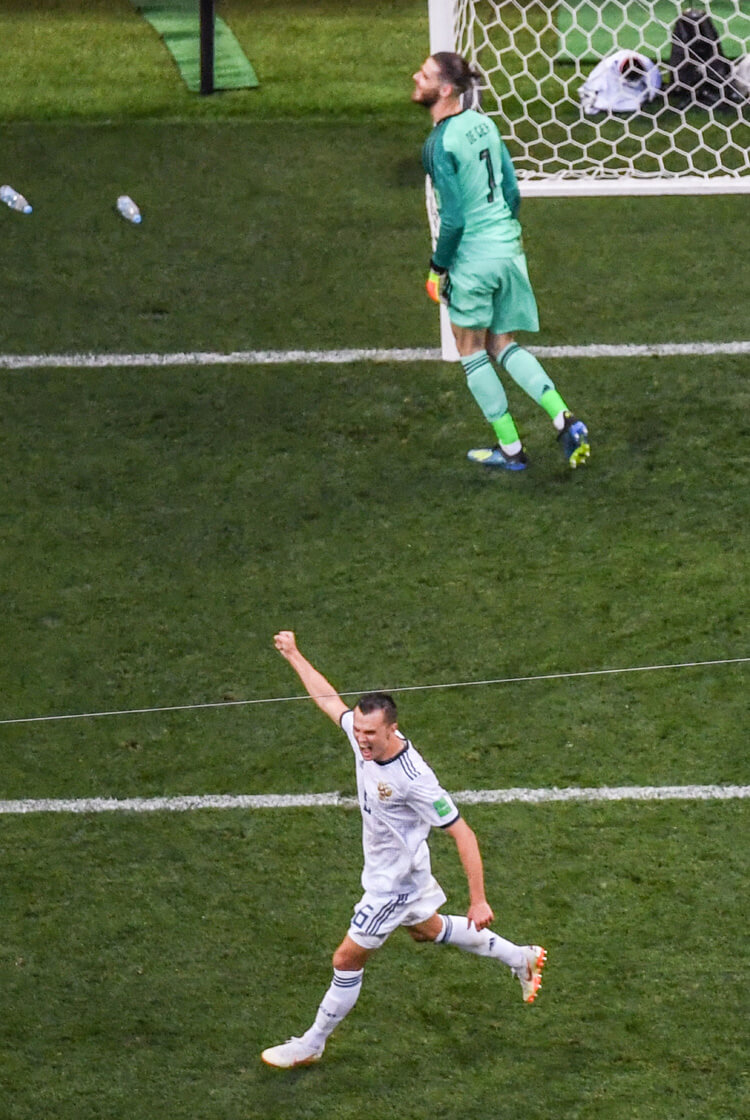 Hosts Russia might have been the lowest-ranked team in the tournament when the 2018 World Cup started, but they’re still going strong having sent 2010 winners Spain home. Stanislav Cherchesov’s team triumphed in the first but by no means last penalty shoot-out of the month, with goalkeeper Igor Akinfeev denying Koke and Iago Aspas while his teammates converted all four of their spot-kicks. Spain looked to be heading for a routine victory when Sergei Ignashevich wrestled Sergio Ramos to the turf in the 11th minute, sending the ball into the back of his own net in the process – but the dominance in possession that followed left much to be desired in the way of actual penetration. Russia stood firm and made their opponents suffer for not taking their chances when Artem Dzyuba equalised from the penalty spot shortly before half-time. Spain couldn’t find a response, leaving Russia to take on Croatia in the final quarter final on Saturday evening. 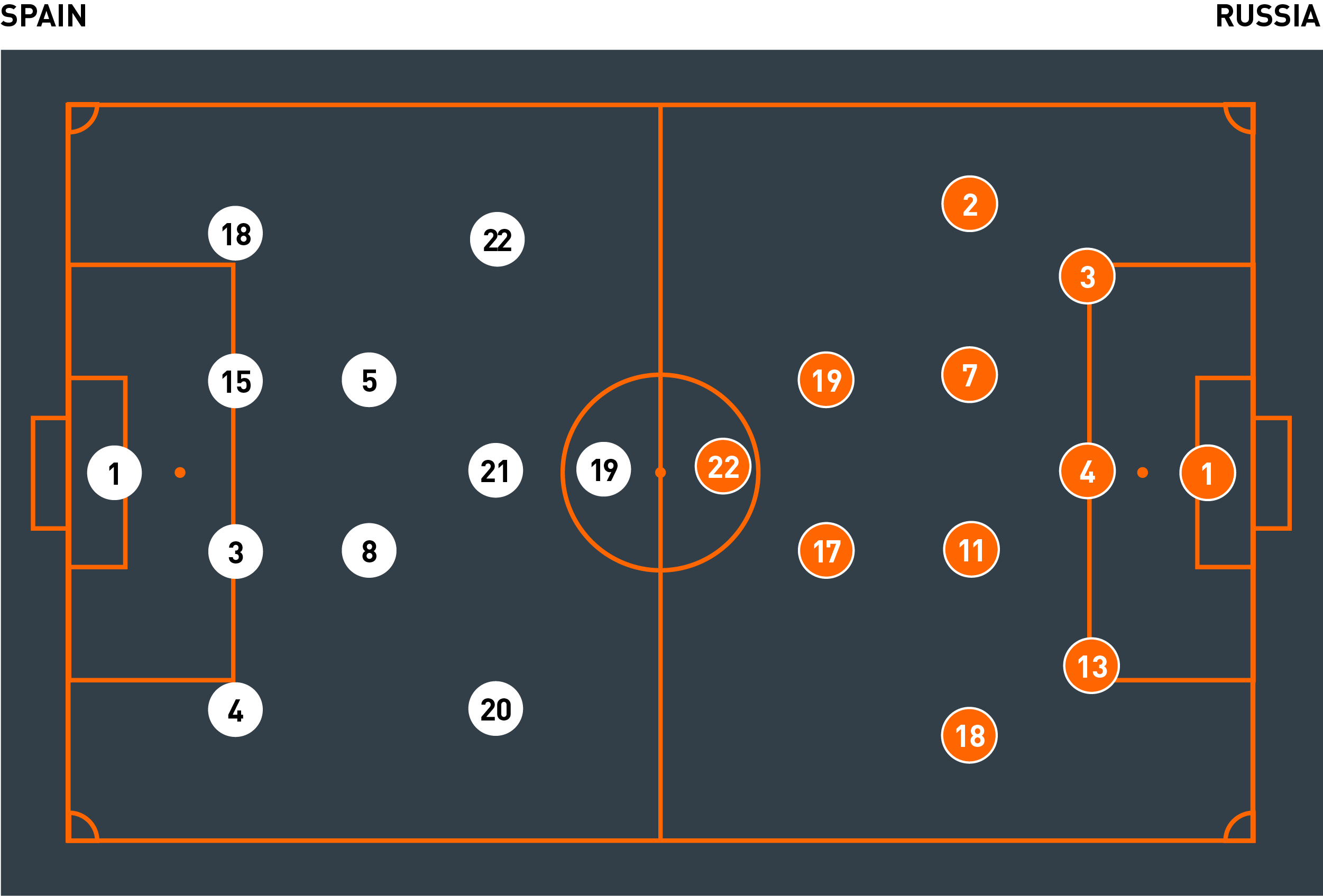 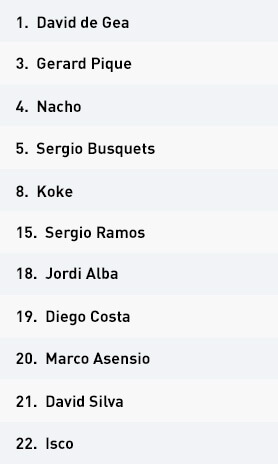 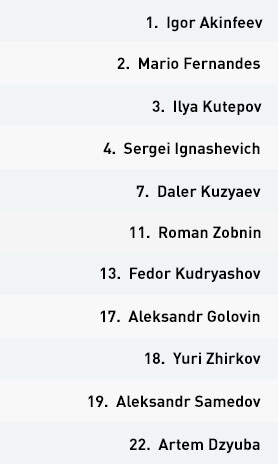 Spain’s caretaker coach Fernando Hierro made two changes to his starting line-up for the last-16 tie against Russia, with Thiago Alcantara and Andres Iniesta dropping out, and Marco Asensio and Koke coming into the midfield.

Asensio initially provided attacking width on the right side, as Spain dominated the early proceedings with regards to possession. With Russia happy to stay within touching distance of their opponents, this theme continued throughout the match. Isco began on the left side, and didn’t rotate infield within the early moments. David Silva began as the central playmaker, with Sergio Busquets and Koke acting as a double pivot in central midfield.

Koke’s main input throughout the first half was to stop Russia transitioning into attack, and his defensive qualities helped Spain maintain early pressure deep within the Russian half. Spain took the lead in a very untraditional manner, as central defender Sergei Ignashevich clumsily brought down Sergio Ramos, inadvertently sending the ball into his own goal in the process.

Despite going ahead, Spain failed to create a single clear-cut chance throughout the rest of the game – including extra-time. Their 4-2-3-1 structure was ineffective with the double pivot. Koke’s dropping into the back line with Ramos and Gerard Pique was unnecessary and simply slowed down their switches. David de Gea’s longer builds, meanwhile, failed to bring a frustrated Diego Costa into the game.

Spain’s dominant possession within the midfield unit tried to lure out Russia’s first line of pressure. However, this was rare, and on the odd occasion that Spain did create central space, Isco and Silva didn’t penetrate forward enough with the ball. Isco’s dropping deep in possession – although useful when looking to create deeper overloads – added nothing to their attacks. He was also uncharacteristically weak in possession, regularly losing the ball from the left side through poor dribbles.

Spain increased their tempo immediately after the break, with right-back Nacho briefly surging forward. This allowed Asensio to drift inside for the first time and try to combine with Costa. This didn’t last long, however, as Russia’s low block became increasingly compact. Busquets and Koke were too similar in possession – the game was clearly crying out for the introduction of Thiago and Iniesta. Only the latter was brought into the match with 25 minutes of normal time left to play, but he struggled to influence proceedings.

The first time Koke moved ahead of the ball and into the Russian midfield block, Spain created an opening. But with Koke’s ability in possession under pressure far less accomplished than Silva or Iniesta, Spain became notably tense when on the ball. Strangely, the basic principle of having players ahead of play remained unaddressed. Coupled with a lack of verticality from Spain’s central defenders, their horseshoe-shaped possession failed to inspire.

The same ineffective pattern of possession continued for Spain throughout the additional 30 minutes. Even when they did manage to break the first line of Russia’s block, the hosts were incredibly resolute in their defending. Spain lacked the energy and guile to break down such a compact unit.

A brief attacking cameo from Rodrigo briefly brought a spark of attacking intent to the game, but this was soon extinguished. In the end, the game concluded with a penalty shoot-out – the first of Russia 2018. As Iago Aspas and Koke saw their spot-kicks saved by Igor Akinfeev, the 2010 world champions were knocked out at the hands of the hosts, going down 4-3 on penalties.

There were four changes to the Russia starting line-up, including the absence of Igor Smolnikov, serving a suspension for his dismissal in the defeat to Uruguay. The hosts’ 5-4-1 structure occasionally became a 3-5-2, as Aleksandr Samedov and Aleksandr Golovin alternated in pressing the Spanish back line.

As Russia converted into a low block after Spain’s early goal, their ball possession was limited at best. Their brief and sporadic periods of possession were interrupted by fast and direct counter-pressing from the Spanish midfield unit. When they won the ball, Spain immediately pounced, maintaining their high ball rate and pressure within Russia’s half.

When Russia could link an attack, their main attacking outlet was the powerful centre forward Artem Dzyuba. Sending direct balls into the Zenit Saint Petersburg man often released momentary pressure, as their back line looked to squeeze up as much as possible. But despite Dzyuba often winning the first header, he lacked numbers around him, with supporting runners few and far between.

Russia’s second attacking outlet was firing long balls over the recovering Spanish left-back, Jordi Alba. With Sergio Ramos and Gerard Pique unable to cover Dzyuba in the central lane, deeper runners from midfield and the space behind Alba, Russia’s best chance to progress came from these right-sided long balls. Their most promising spell of possession came after a right-sided long ball, as they began to win set-pieces in dangerous positions.

Just as they started to grow into the game, Russia drew level. Spain failed to deal with a routine corner; Barcelona defender Pique handled the ball in the area, and the referee awarded a penalty. Dzyuba stepped up and coolly slotted the ball home.

Russia soon dropped back into their low defensive block, with their midfield unit congesting both inside channels – where Spain largely looked to build. Their consistent pressing and sliding across deservedly kept them in the game, but this summer’s host nation didn’t have another spell of meaningful possession until well past the hour mark.

They continued to target the space behind Alba, especially as the full-back began to move higher when Spain looked to build along their left side. Taking off aerial target Dzyuba was a surprise move by head coach Stanislav Cherchesov; from here, Russia’s ability to target longer balls forward diminished.

As the game drew to a close, Russia’s defensive block looked impenetrable. Spain failed to create a single meaningful chance throughout the 30 minutes of extra-time. Even as Spain’s centre-backs gradually moved forward in possession, Russia’s first defensive lined remained tough, blocking out any access to the midfielders roaming between the lines.

Despite occasionally opening up during David de Gea’s long goal-kicks, their defensive unit recovered well, forcing the game to penalties. Goalkeeper Igor Akinfeev saved two of Spain’s four penalties, while Russia converted all four of theirs to secure a shock victory over one of the pre-tournament favourites.