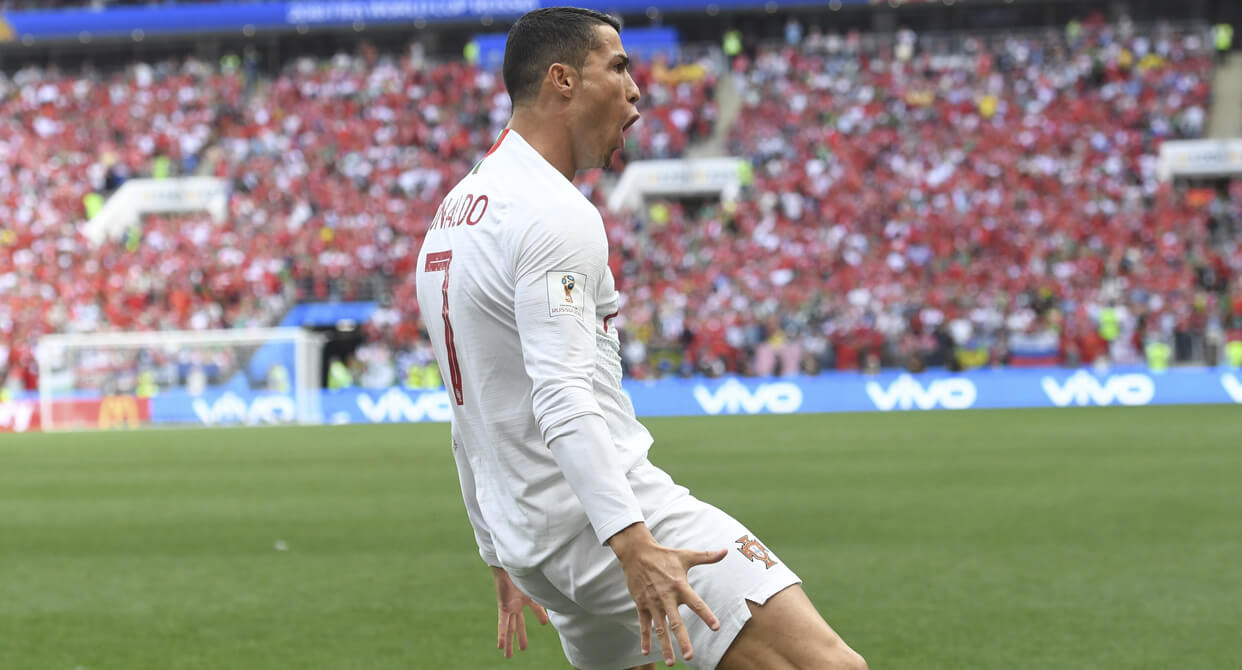 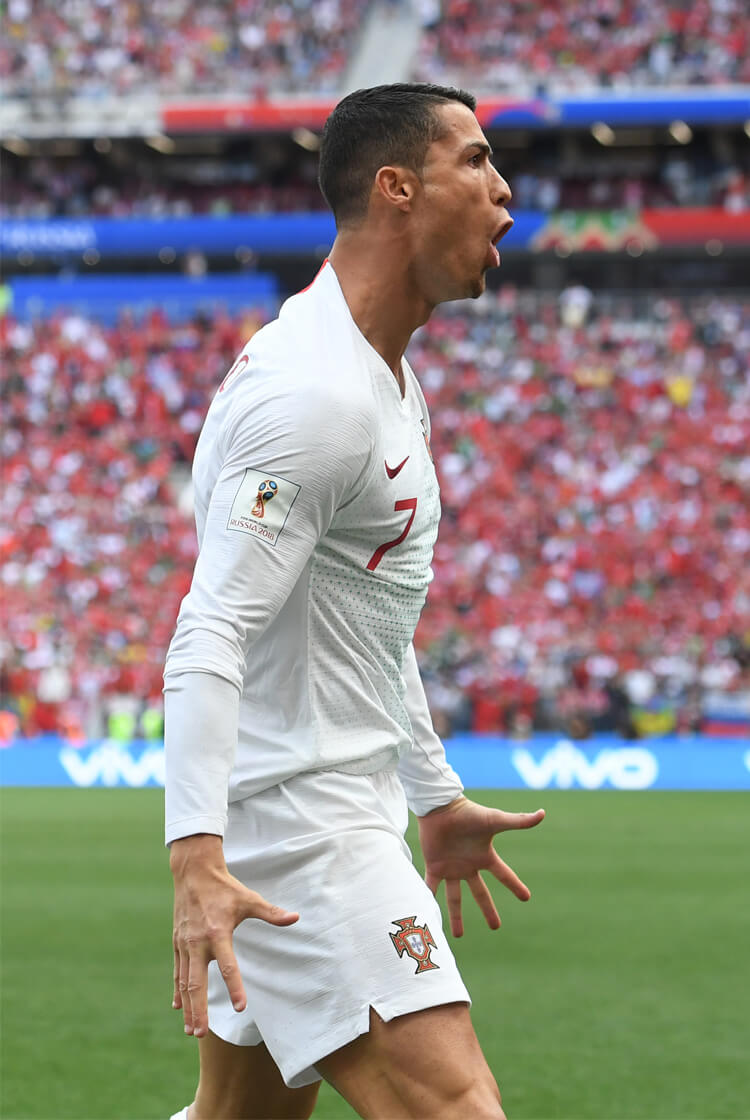 It's near impossible to find a player who relishes the main stage as much as Cristiano Ronaldo. The Portugal captain continued his stunning start to the 2018 World Cup by scoring the winner to knock Morocco out of the tournament. Having scored a hat-trick in his side's opening game against Spain, expectations over his potential in Russia only heightened – and he didn't let his supporters down. Four minutes in, the Real Madrid forward met Joao Moutinho's cross with a powerful diving header – and Morocco, despite battling well after conceding, couldn't hit back. With Spain later beating Iran, the fight for top spot is very much on in Group B. 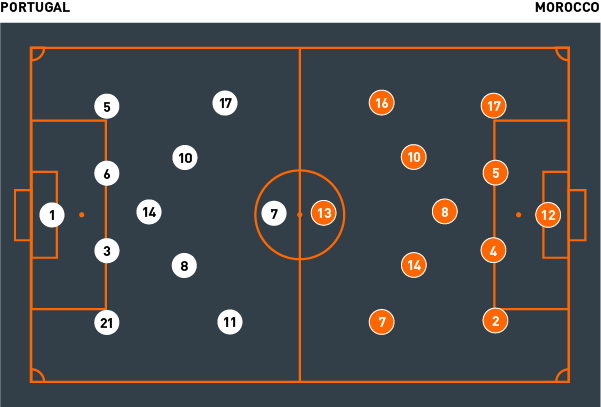 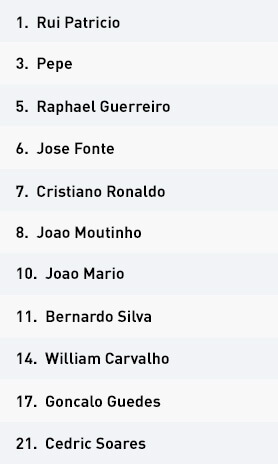 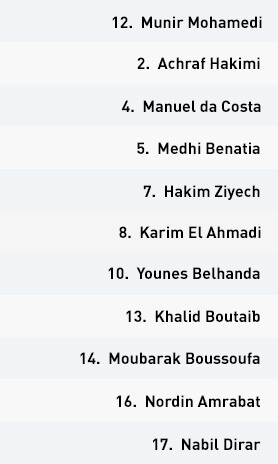 Portugal set up in a 4-3-3 in possession with Goncalo Guedes and Bernardo Silva supporting Cristiano Ronaldo in attack. William Carvalho and Joao Moutinho would operate centrally, while Joao Mario was free to move into more attacking spaces, often operating as high up as Ronaldo.

Portugal showed a real variety to their attacks: they were able to operate centrally and down both sides, play the long pass, play through the thirds, use the counter-attack, and threaten from set-pieces.

The use of Joao Mario was key to the threat of their attacks and their ability to play through Morocco. His movement was difficult to track and provided Portugal with many opportunities to penetrate the second line of the block. Moutinho also moved further forwards in the second half, looking to get on the ball behind the Morocco defensive line – the cover offered by William Carvalho allowed him to do this.

The introduction of Gelson Martins in the second half injected a sense of high energy and intensity to Portugal’s front line – there were signs he could be a potentially important impact player in the latter stages of the tournament.

After the goal from Ronaldo, Portugal played with caution and never really got out of second gear in possession, instead focusing on their defensive organisation and maintaining their victory – a tactic that served them well in their victorious Euro 2016 campaign.

Out of possession, they organised themselves into their usual 4-4-2 formation when pressing centrally. This formation takes on a 4-3-3 form when pressing in wide areas, as the wide midfielder pushes on to the first line of the press.

Portugal’s block was predominantly space-oriented, and they were fairly happy for the Morocco centre-backs to have the ball and wait for a pressing trigger. Portugal’s defending was consistently strong – particularly in wide areas, where they would prevent any crosses of real threat in an area where Morocco are strong.

The work rate and discipline of William Carvalho was of vital importance in transition. He was key in delaying Morocco’s counter-attacks, and Portugal as a team were energetic in their recoveries to get back into shape and deny further attacking opportunities for their opponents.

Morocco set up in a 4-3-3 in possession that often became a 3-4-3. Karim El Ahmadi dropped in between the centre-backs and Nabil Dirar and Achraf Hakimi pushed on to join Moubarak Boussoufa and Younes Belhanda in the midfield, allowing Nordin Amrabat and Hakim Ziyech to play in the half-spaces.

Morocco tended to utilise the wide areas for their attacks, looking at the technical quality of Ziyech and the lively Amrabat to try and create opportunities to cross into the box. In the construction of their attacks, Morocco would try to overload the wide areas by using the winger and full-back on that side. Khalid Boutaib would occasionally be in attendance as well, with at least one of the midfielders (Boussoufa or Belhanda) also in support.

This structure made a potential counter-press possible, but Morocco tended to fall straight back into their defensive structure – their intensity to recover was very impressive. However, the end product from these wide areas wasn’t quite good enough, and clear-cut chances were hard to come by – particularly with Portugal’s excellent defending out wide.

When playing out from the back, the role of El Ahmadi was very important. The holding midfielder would either play in the usual pivot role and look to receive the ball from the centre-backs, or he would drop in with the two centre-backs to make a line of three.

From this, Belhanda and/or Boussoufa would move into the pivot position and would either get on the ball in space and be able to play or bring another Portugal player with him to create more space further up the pitch. El Ahmadi’s position also allowed full-backs Hakimi and Dirar to push higher up the pitch because of the added security in the back line.

Out of possession, Morocco operated in a 4-1-4-1 mid-block formation where Amrabat and Ziyech would fall into the midfield line of the block, and El Ahmadi would operate in between his own defensive and midfield lines to try and prevent any penetration beyond it.

El Ahmadi had success in this role when Joao Mario was in front of him, as it made it easier to close him down and prevent the turn. This became much more difficult when Joao Mario would start playing on the same line as Silva, Ronaldo and Guedes – they would rotationally drop into the space between the lines from the top line, thereby making it much harder for El Ahmadi to track.

Morocco operated a mixture of man and space-oriented press. Hakimi would persistently track Bernardo Silva when play was being built on that side, forcing him backwards, but he’d sometimes run into trouble when Cedric Soares joined in on Portugal’s right side.

The main objective was to try to force Portugal into wide areas and then pack that space with numbers to try to force a turnover or a mistake. This was a fairly risky strategy, however, as there were huge areas of the pitch left unprotected should the press in the wide areas have been unsuccessful.