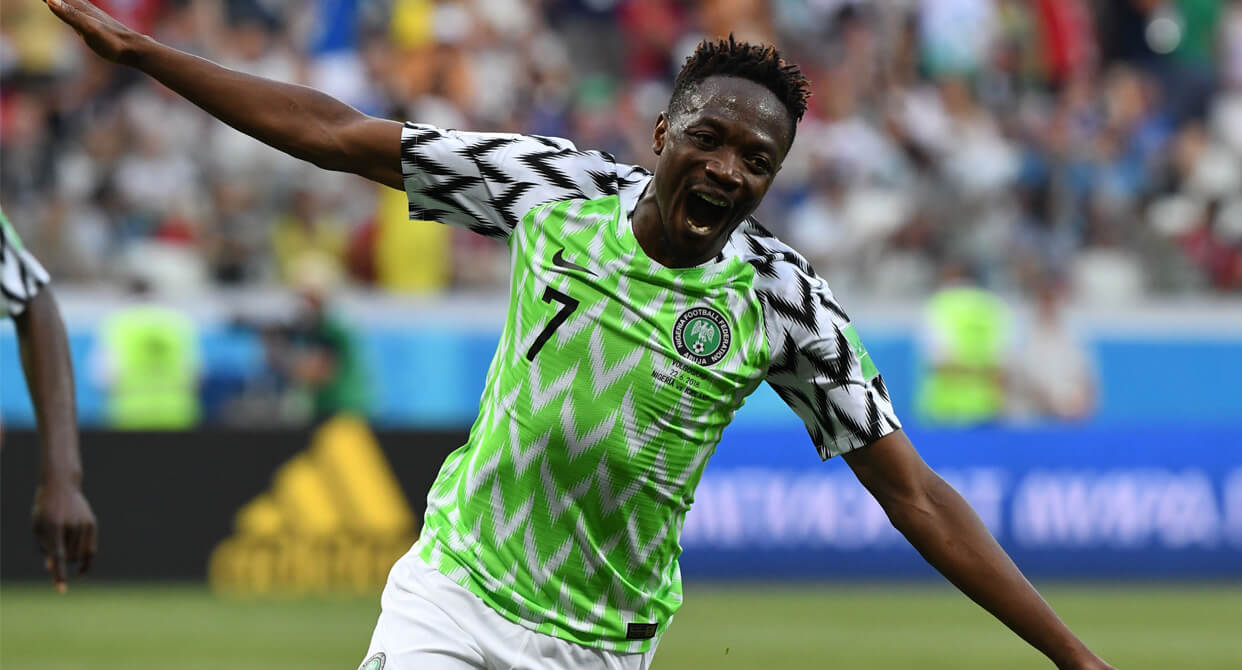 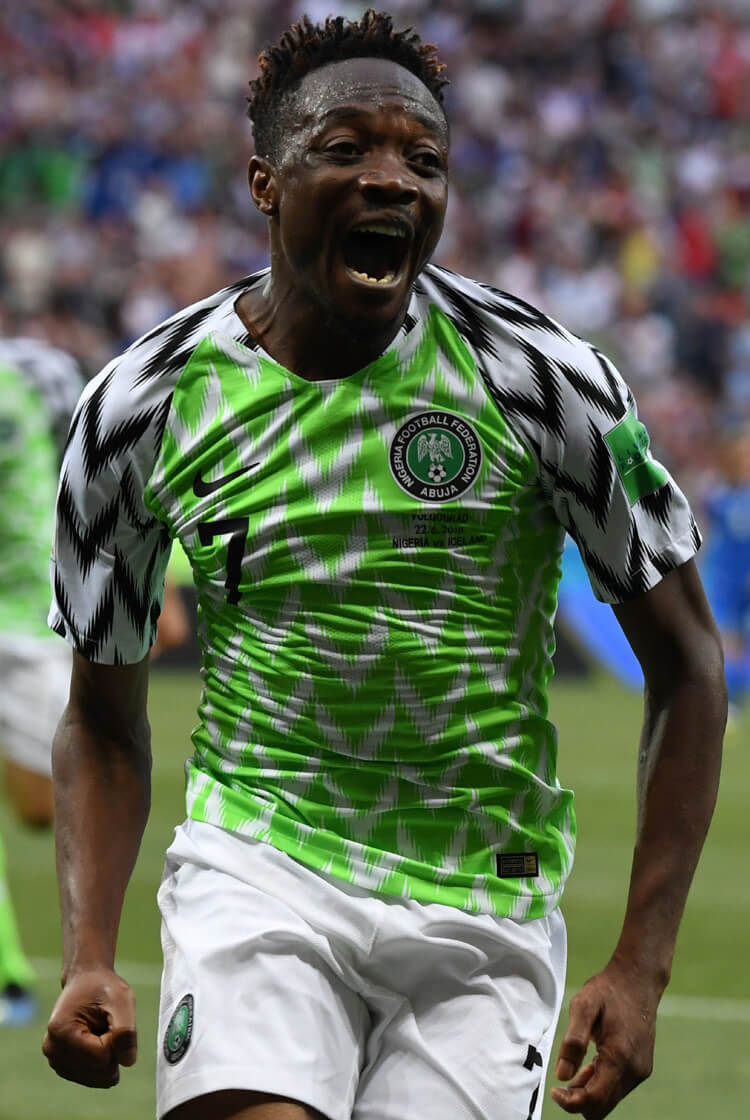 Nigeria put a hugely disappointing opening display behind them to kickstart their 2018 World Cup campaign with this 2-0 victory over Iceland in Volgograd. Leicester City forward Ahmed Musa was the star of the show, brilliantly controlling a Victor Moses cross and then unleashing a superb half-volley to open the scoring early in the second half. Musa’s second with 15 minutes to go – also assisted by a Chelsea-registered player in the form of defender Kenneth Omeruo – secured the three points, with Gylfi Sigurdsson’s missed penalty rubbing salt into Icelandic wounds. With Argentina looming in their final Group D fixture, Nigeria’s fate rests in their own hands. 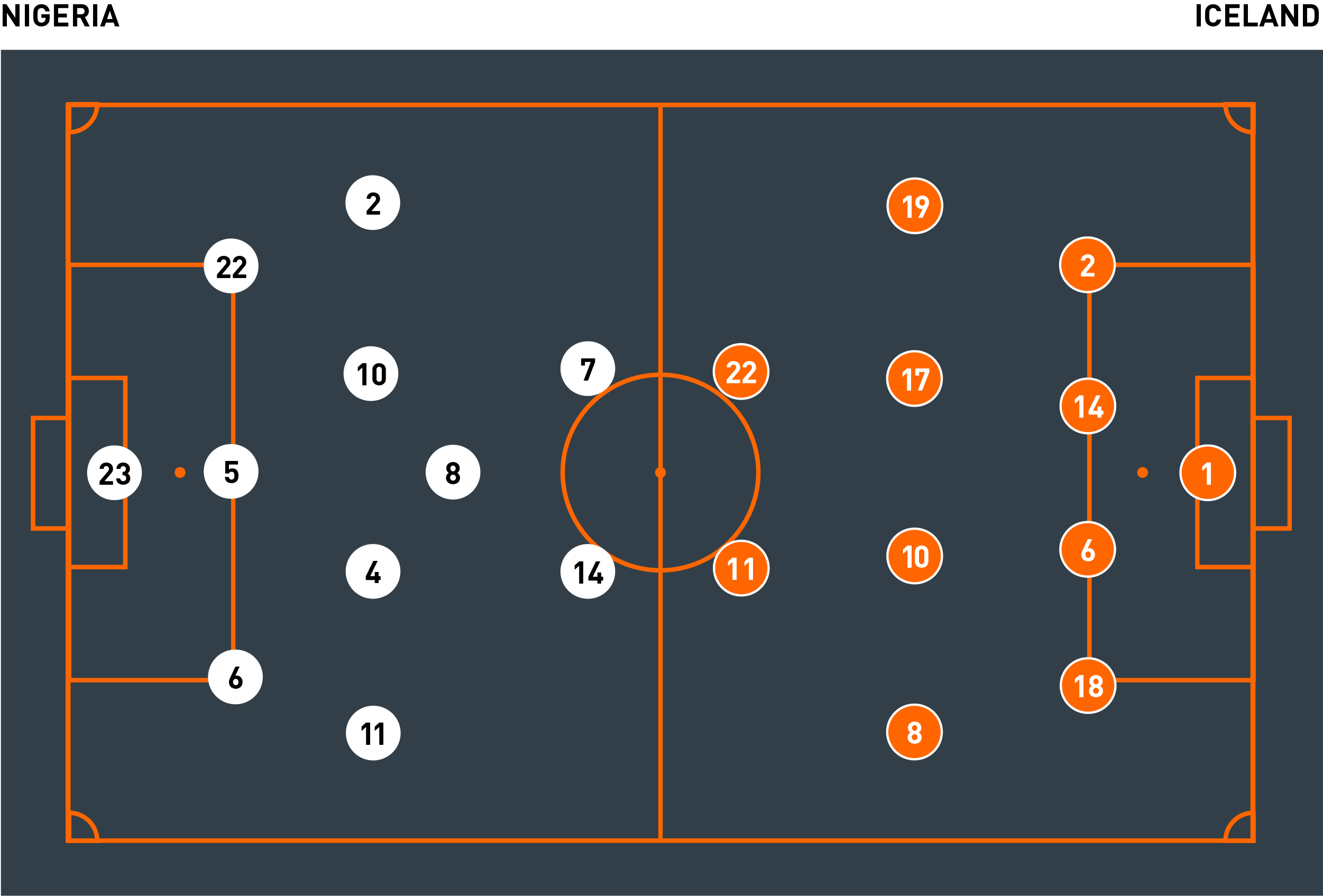 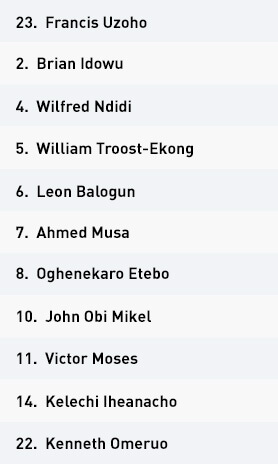 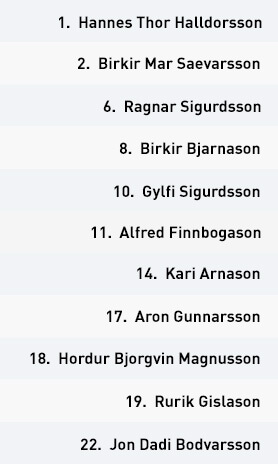 Nigeria made a refreshing change from the 4-2-3-1 formation they used in their abysmal defeat to Croatia, opting for a 3-2-3-2/3-4-1-2 in possession. John Obi Mikel and Wilfred Ndidi played as deep-lying midfielders with Oghenekaro Etebo in a more attacking role, while the width was provided by wing-backs Victor Moses and Brian Idowu. Ahmed Musa partnered Kelechi Iheanacho up front.

This new positional structure allowed Nigeria to control possession for the majority of the game while also maintaining a good level of security on the ball. Looking ahead, however, one key aspect they must ensure they get right is the positioning of their two deep-lying central midfielders. On too many occasions they sat in front of the first line of Iceland’s block, along with their own central defenders. This was a futile approach in terms of creating space by moving players within Iceland’s out-of-possession shape.

Nigeria enjoyed much more success when they used just one of these two midfielders between the first and second lines, with the other joining Etebo behind the midfield line and occasionally between the two highest lines of Iceland’s block.

By building in this way, Nigeria could penetrate in between the lines, play directly to their two forwards, use the width provided by their wing-backs and, if they needed to restart, return the ball to safety. The intelligence in this display was far superior to what they showed against Croatia in their first game. They also offered a great threat on the counter-attack.

Out of possession, Nigeria mostly operated a man-oriented structure. If Iceland were to play out to their left-back Hordur Magnusson, he would be pressed by Moses. Idowu on the other side, meanwhile, would tuck in to make a back four, with the three central defenders sliding across to allow the right-sided centre-back to pick up the man Moses had left in order to prevent a two-on-one situation for the Chelsea man.

In midfield, Ndidi would remain free in front of the back three; Mikel and Etebo would pick up central players, while Musa and Iheanacho would occupy the two centre-backs in a press that essentially looked like a 5-3-2.

Iceland set up in their usual 4-4-2 formation, but with two personnel changes. Rurik Gislason came in for Johan Berg Gudmundsson and Jon Dadi Bodvarsson replaced Emil Hallfredsson, which pushed Gylfi Sigurdsson back into a deeper position than he played against Argentina.

In possession, Aron Gunnarsson interestingly took up a position just in front of his own back line, while Sigurdsson and the two wide midfielders pushed on, creating a 4-1-3-2. This move, however, was focused more on managing the transition and ensuring protection rather than for anything possession-based.

The majority of Iceland’s play was direct. They often sent the ball to Bodvarsson and Alfred Finnbogason, aiming to win second balls and then move the play out wide with the aim of sending crosses into the box. They also looked to win fouls to make use of Sigurdsson’s set-piece delivery, and utilised any throw-in opportunities by sending the ball directly into the box.

With Nigeria having left much to be desired in their opening game, Iceland sent more players forward than they usually would. This, however, left Heimir Hallgrimsson’s team vulnerable to transition against very athletic opponents. There was no faulting the effort of the Iceland players to recover – they simply weren’t quick enough to cope with the likes of Victor Moses, Ahmed Musa and Kelechi Iheanacho.

Iceland set up in a 4-4-2 out of possession, but a key element of this was the role of Gunnarsson. His job was to man-mark any opponent who operated between the lines – this would often be Oghenekaro Etebo, but on occasions it could be John Obi Mikel or even Iheanacho dropping from a higher position.

Iceland were fairly straightforward in their roles across the pitch – it was their slightly more adventurous in-possession positional structure that cost them in this game.