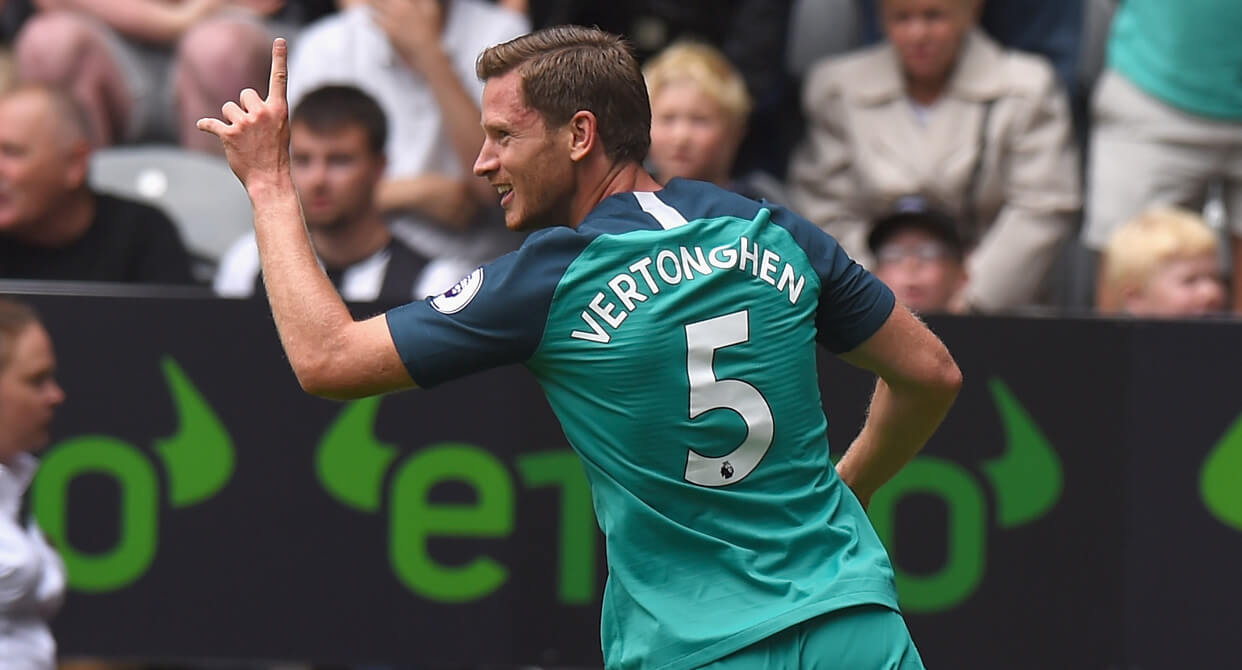 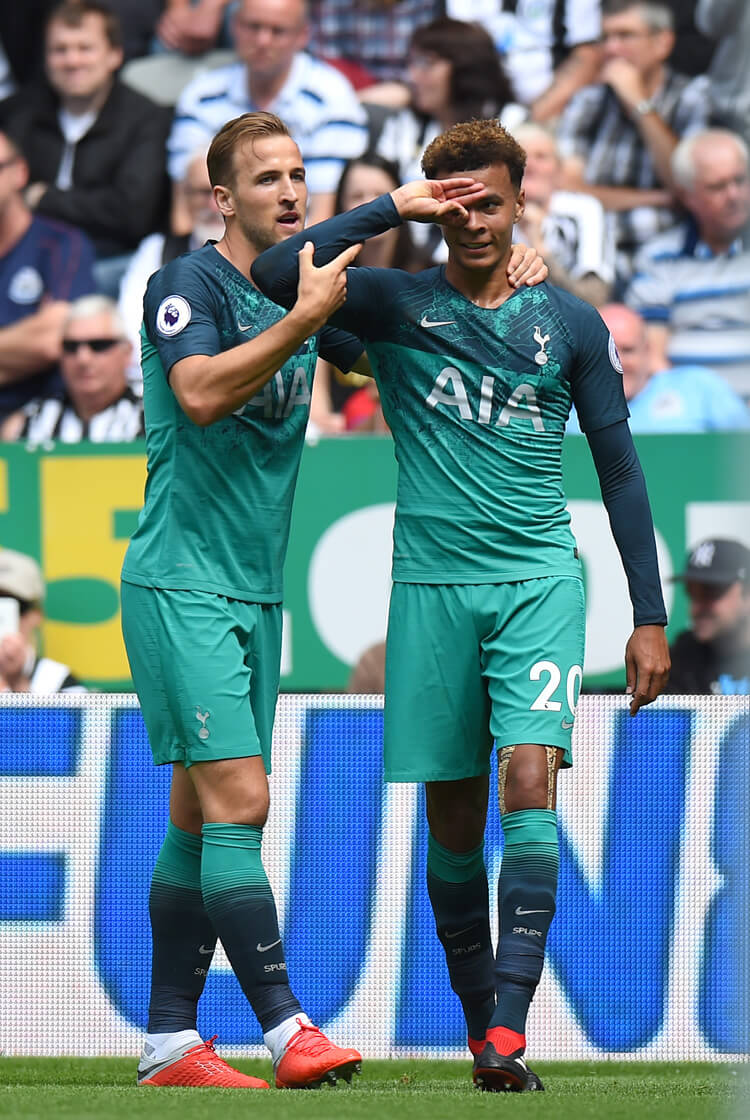 Tottenham travelled to Newcastle on the opening day of the Premier League season for the second consecutive year and again came away with three points, courtesy of goals from Jan Vertonghen and Dele Alli. Vertonghen bundled the ball home with his head early on to give Spurs the lead, with technology confirming that the ball had crossed the line by 9mm. Their advantage didn’t last long, with Joselu meeting an excellent Matt Ritchie cross to equalise less than three minutes later. But Spurs soon regained control and Alli, who scored at St James’ Park this time last season, scored the eventual winner by meeting the exquisite delivery of Serge Aurier at the far post only seven minutes later. Not since 2012 have Newcastle sealed an opening-day victory, but they should take the positives from a performance that didn’t make the victory easy for Tottenham. Mauricio Pochettino, meanwhile, will hope that attention soon moves away from his side’s inactivity in the summer transfer window. 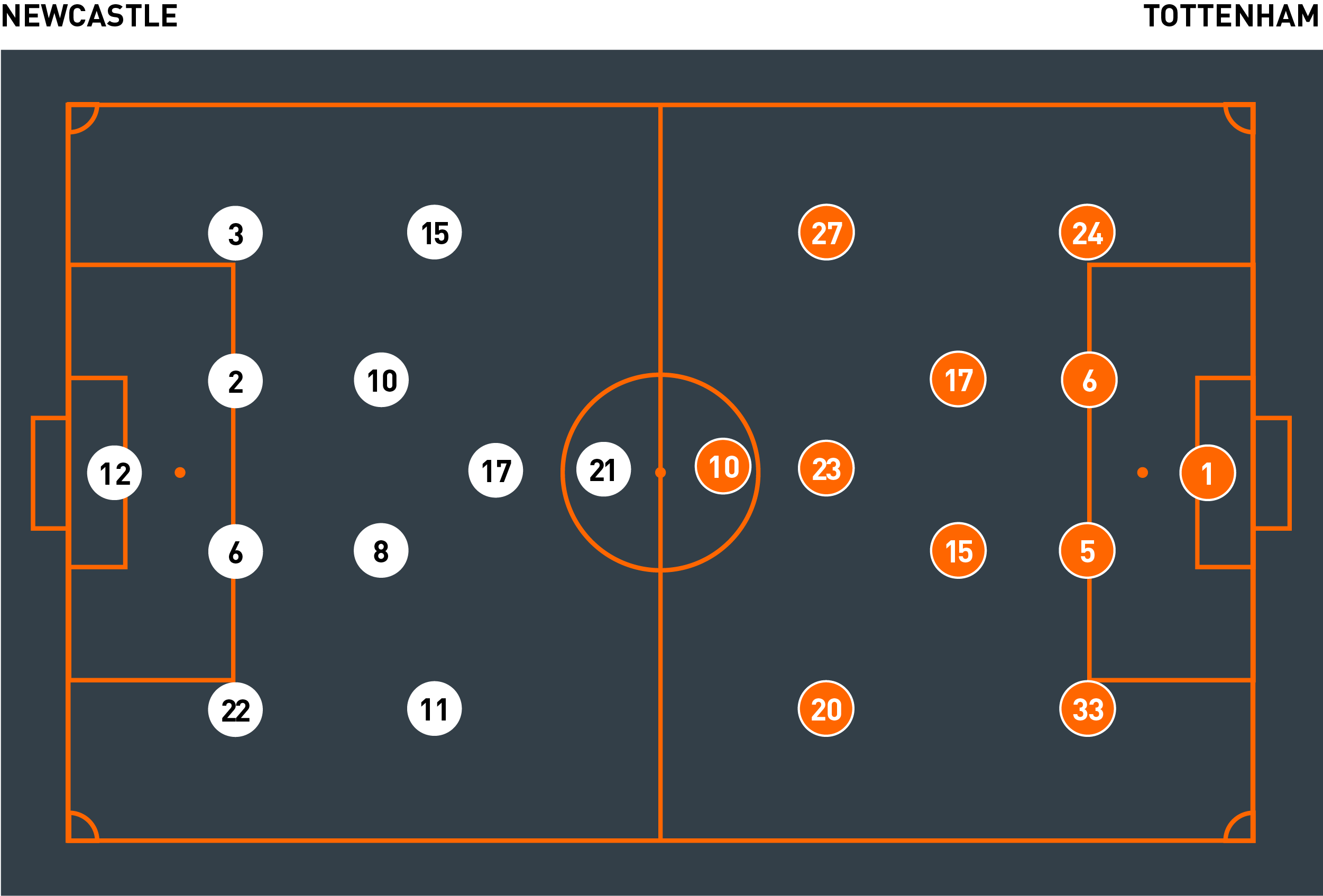 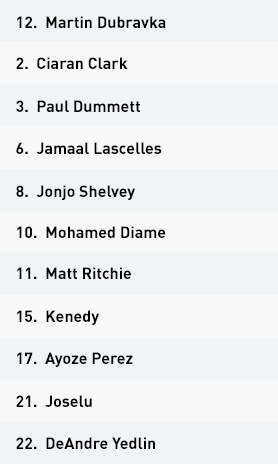 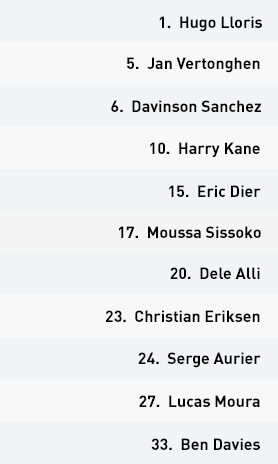 Head coach Rafael Benitez elected to begin the new season with a 4-4-2 structure, as the strike partnership of Ayoze Perez – who sat a little deeper – and Joselu looked to pin back the Tottenham Hotspur back line in the opening minutes. The home side started brightly, with Jonjo Shelvey’s range of passing setting the Newcastle front line in behind on a number of early occasions.

Despite conceding first after various defensive lapses from a corner, the hosts were soon level. More poor marking, this time from Spurs’ back line, freed Joselu inside the penalty area to nod home the equaliser. The left-footed Matt Richie roamed the right channel, and to make the most of his crossing abilities, right-back DeAndre Yedlin frequently moved inside. This opened up a perfect passing angle into Ritchie’s left foot, who could then cut back on to his left side and deliver into the penalty area. Newcastle’s equaliser came through this exact pattern of play, with Ritchie’s deliveries causing problems throughout the first half.

Newcastle’s intense pressing system within midfield collapsed midway through the first half, however, as Dele Alli and Moussa Sissoko moved inside to create an initial four-against-two in central midfield. To counteract this, wide midfielders Ritchie and Kenedy also moved inside, making any central play difficult for either side. In the end, though, this helped Tottenham to maintain longer spells of possession; whenever Newcastle regained the ball, they lacked the control and guile to pass their way out of Spurs’ aggressive central counter-press.

With Newcastle temporarily prioritising the central spaces when out of possession, the away side’s full-backs became an issue. The home side soon went behind again to another headed goal, as Serge Aurier’s wonderful cross was headed home by the advancing Dele Alli. Newcastle’s possession throughout the remainder of the first half was scarce and largely ineffective, in truth. Their strategy was to play every first pass forward after a regain, no matter who was available. Despite this proactive approach, they failed to demonstrate regular penetrative passes.

Newcastle looked to begin the second half in a similar manner to that of the opening period. Sissoko, who was harried and bullied when on the ball, was often the Magpies’ trigger to regain possession. The deeper the Frenchman dropped, the more aggressive the home side pressed. His limited ability to receive under pressure repeatedly enabled the home side to win the ball back, but none of their front line were able to really take advantage.

After a poor period from both sides in maintaining possession, Mohamed Diame struck the outside of the post with a rasping strike, reminding Spurs that the game was far from over. Newcastle then had another glorious chance to level, as the entire Tottenham defensive unit squeezed across over to one side, which gifted Kenedy the entire left side to attack. Despite this, a poor first touch enabled goalkeeper Hugo Lloris to smother the ball and Tottenham eventually cleared their lines.

After surviving a subsequent period of intense Tottenham pressure, Newcastle began to switch play effectively, looking to use the power and aggression of the newly introduced loan signing Salomon Rondon up front. Ritchie’s switches of play enabled the home side to bypass Tottenham’s counter-pressing midfield, setting Kenedy free to attack Aurier one on one. But with the exception of the odd flashing ball across the Tottenham box, the visitors remained largely untested. Newcastle’s attacking unit couldn’t quite connect with these deliveries, as they suffered defeat in their opening game of the Premier League season.

Tottenham began in a 4-2-3-1 structure. Eric Dier’s dropping movements in between the two central defenders, Jan Vertonghen and Davinson Sanchez, enabled both full-backs to progress higher during their deep build-up. Moussa Sissoko partnered Dier in the central double-pivot and made early forward runs, targeting the space behind Newcastle’s left-back within the opening exchanges. The pace and directness of Lucas Moura on Tottenham’s right also caused an early problem for the isolated Paul Dummett.

Spurs deservedly took the lead when defender Jan Vertonghen expertly guided home his header from an inswinging corner. Despite what initially looked like a fantastic save from Martin Dubravka, technology confirmed that Tottenham’s first goal of the season had crossed the line by 9mm.

A quickfire response brought Newcastle back into the game, but Tottenham soon reorganised and regained control. Dele Alli and Sissoko began to occupy new positions within the inside channels, which overloaded Newcastle’s central midfield duo. Dier and Christian Eriksen also took up effective positions in the spaces just in front and in behind Newcastle’s central midfield unit.

To counteract this period of dominance, Newcastle’s entire midfield unit became extremely narrow. This, however, allowed both full-backs Ben Davies and Serge Aurier to take up aggressive positions in the channels. Tottenham’s patience in possession within the central channel helped progress the ball from defence to attack with repeated success, with Davies and Aurier useful wide options to penetrate the final third.

Alli’s clever positioning and run forward in the inside channel enabled the England midfielder to ghost into the Newcastle penalty area and nod home his first goal of the season soon after. Much of the credit goes to the superb first-time cross of Aurier, whose effective positioning in the right channel created the perfect angle for the subsequent delivery.

The deep build-up from Tottenham was at times sublime, with their expansive model carving open Newcastle’s front line on numerous occasions. Utilising World Cup-winning goalkeeper Hugo Lloris as the overload enabled Tottenham to build out against any aggressive high press from the home side’s front line. The more Spurs built short, however, the more agitated St James’ Park became. Eric Dier in particular sensed the pressure from the home support. He began to play some loose and disorganised passes, providing Newcastle with hope of a high transition.

Tottenham’s back line also seemed disorganised during the opening exchanges of the second half, as they looked to form an extremely compact block on the ball side. This meant they couldn’t effectively cover the pitch during switches of play, often leaving huge gaps for the Newcastle full-backs to exploit. Thankfully for the visitors, the Magpies’ couldn’t take advantage.

Tottenham eventually regained control, with their forward runs proving problematic. Alli and Sissoko had chances to put the game to bed, but neither could convert. While Newcastle’s defensive line wasn’t particularly high, movements towards the ball from Harry Kane and Lucas Moura often dragged the back line forward, thus creating the space required for runners to penetrate in behind.

Spurs’ success from forward runs came specifically from within the inside channel, as Newcastle’s back line failed to maintain correct distances between their central defenders and full-backs. Diagonal forward balls ensured the onrushing midfielders could bend their run to remain onside, but still attack the ball. Tottenham could have put daylight between themselves and Newcastle, but their lack of killer instinct gave their opponents a lifeline.

Nonetheless, their experience and quality delivered in the latter stages of the game. With Son Heung-min and Mousa Dembele getting their first minutes of the new season, Tottenham held out with patient and intelligent possession, as their fresh substitutes ran down the clock to help seal the three points.