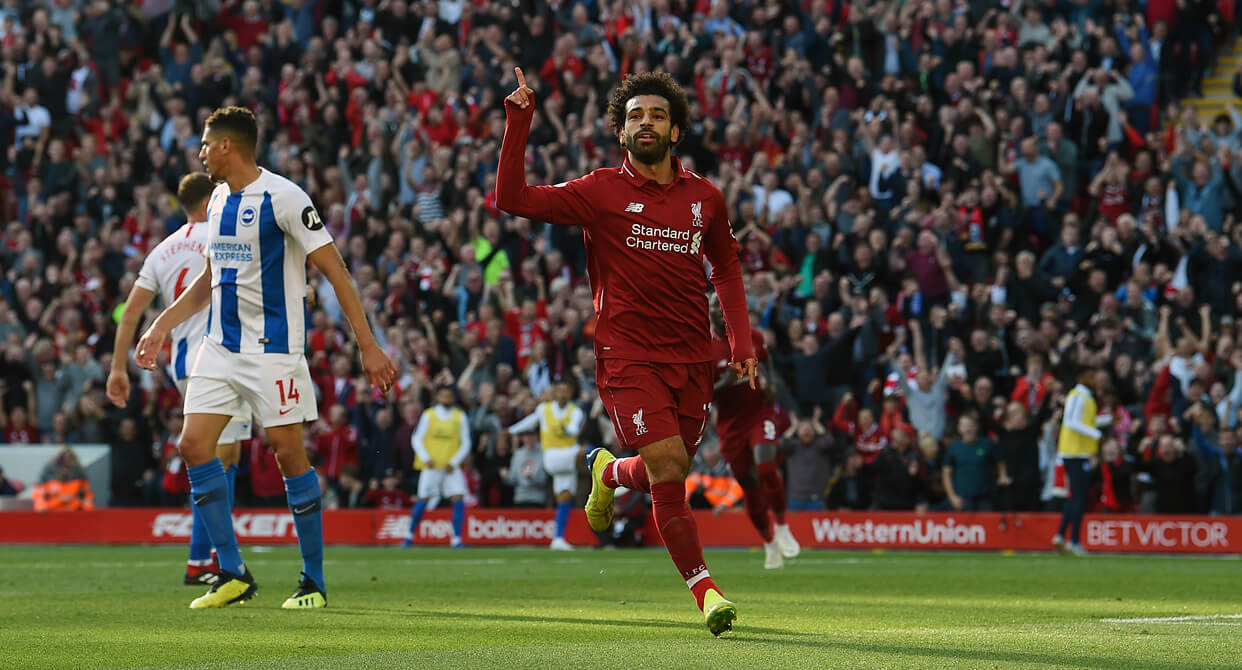 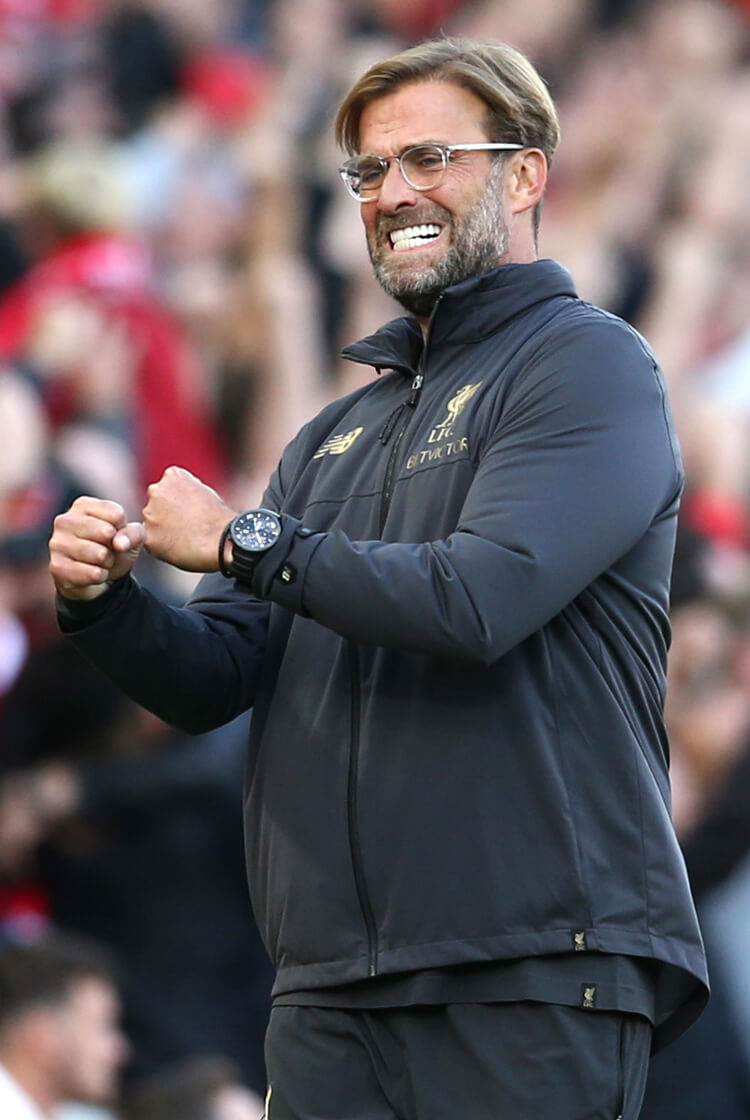 Liverpool made it three wins from three and went top of the Premier League table with this victory over Brighton. Jurgen Klopp named an unchanged starting line-up from the victory over Crystal Palace, and his players duly delivered in a tough fixture against Chris Hughton’s well-organised opponents. Mo Salah scored the only goal of the game, clinically capitalising on a lapse of concentration midway through the first half in an otherwise controlled performance by the visitors. The Seagulls had beaten Manchester United in their previous league game, but despite proving they aren’t afraid of the bigger teams, they couldn’t repeat their heroics at Anfield. For the Reds, it’s a case of maintaining winning momentum and capitalising on Manchester City dropping points against Wolves. 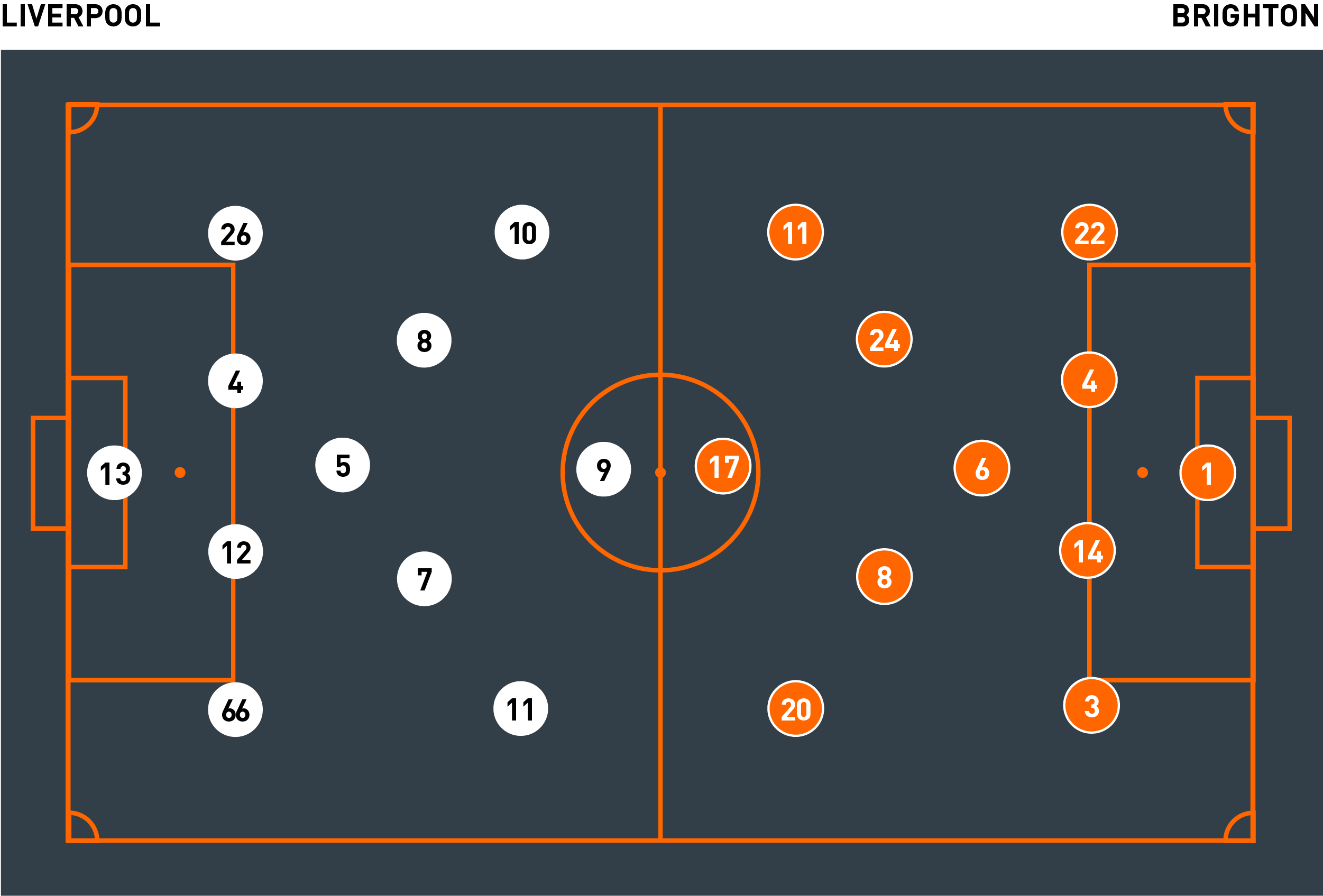 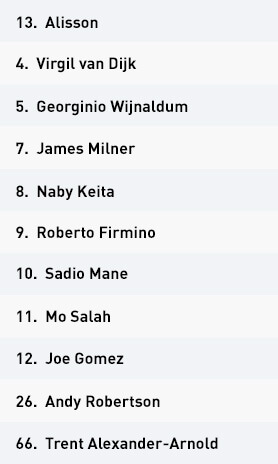 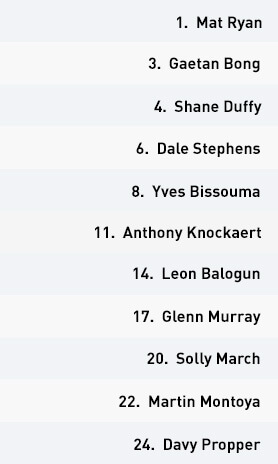 Liverpool set up in their fluid 4-3-3 formation, deploying the same starting line-up from their victory over Crystal Palace in their previous Premier League fixture. They predictably had control of the ball for the majority of the game – recording 66 per cent possession over the 90 minutes – but faced the difficult task of breaking down a well-organised Brighton block.

They were invited to bring the ball out from the back, under no pressure, which reduced the space available for the front three of Sadio Mane, Roberto Firmino and Mo Salah to run in behind. Up against this strategy, the responsibility fell to the midfielders and full-backs to offer movement and passing lines in advanced areas – with the aim of teasing individuals from Brighton’s block out of their slot and creating gaps for penetration.

James Milner drifted out to the right-hand side, but in between right-back Trent Alexander-Arnold and centre-back Joe Gomez – which allowed the former to push higher up the pitch, outside Brighton’s block. Naby Keita, meanwhile, often ran beyond the away side’s midfield line – but as the 23-year-old rarely got on the ball in these areas, Georginio Wijnaldum played a more instrumental role in the build-up.

Continuing with the pattern of last season, the movement of Liverpool’s front three remains at the heart of their system. Mane, Firmino or Salah would position themselves on the shoulder of one of the back line, threatening to run in behind, while the remaining two forwards would drop into the vacant spaces between Brighton’s midfield and defensive lines. This presented two dilemmas for the Seagulls’ defence: if a player from the back line stepped up, space for the highest forward to run in behind would increase; but if the back line stayed in position, two forwards were available to receive the ball in dangerous areas.

Brighton’s midfielders were tasked with an important screening job – and they were successful, for the most part, in frustrating Liverpool. Despite their clever movement and dominance in possession, the Reds were fairly ineffective with the ball, creating few clear-cut opportunities. They were at their best in transition and when they moved the ball quickly, but even here they were not at their fluid best.

Liverpool remained in their 4-3-3 shape out of possession and looked to initiate their aggressive press where possible. They hunted in packs of three or four and forced play in very tight areas. At the point of the regain, there were always at least two options nearby to begin a counter-attack. The Liverpool players were effective in turning their tackle or interception into a first-time pass to a more advanced player – which is exactly how the winning goal came about, when James Milner robbed Yves Bissouma of possession and Mane, Firmino and Salah combined for the latter to score his 29th home goal from 29 appearances at Anfield.

The Seagulls had very little of the ball at Anfield and were far too cautious when they were in possession. They tended to keep possession for four or five passes, before sending a long ball forward that invariably went out of play or straight through to goalkeeper Alisson.

The positioning of their players in the build-up was an issue. Liverpool’s front three made it possible for Brighton’s central defenders to pass the ball between themselves, but it was uncommon for any of the midfield three to drop in between their opponents’ first two lines of defence and offer an option inside. This movement could have attracted a pressing player from the next line, opening space behind – or the midfielder could have got on the ball, having bypassed the first line of the press, before turning and playing forwards.

That said, the visitors became more proactive in possession in the second half and looked much more threatening when they took the game to Liverpool. Having conceded nine goals in two defeats to Liverpool last season, manager Chris Hughton is likely to have told his players to remain organised before increasing their vulnerability by stepping up and trying to attack the Reds.

Brighton took up a compact 4-5-1 shape out of possession. The three central midfielders would stay very close together, aiming to prevent any penetration through the middle. Knockaert and March, meanwhile, would track full-backs Andy Robertson and Trent Alexander-Arnold, leaving the back four to remain compact and fixed on Liverpool’s front three.

Noticeably, their mid-block didn’t press until the home side crossed the halfway line – apart from the first and last 10 minutes of the second half, when they pressed with more intensity and higher up the pitch. While this resulted in more errors from Liverpool, playing with a higher line for longer periods of the game might have left themselves vulnerable to runs in behind from the ever-dangerous front three of Sadio Mane, Roberto Firmino and Mo Salah. It was perhaps a wise ploy from Hughton to avoid keeping this up for the duration of the contest, even if they were a goal down.

But for one lapse in concentration – resulting in Liverpool capitalising on a series of careless passes midway through the first half – Brighton might not have come away from Anfield empty-handed.