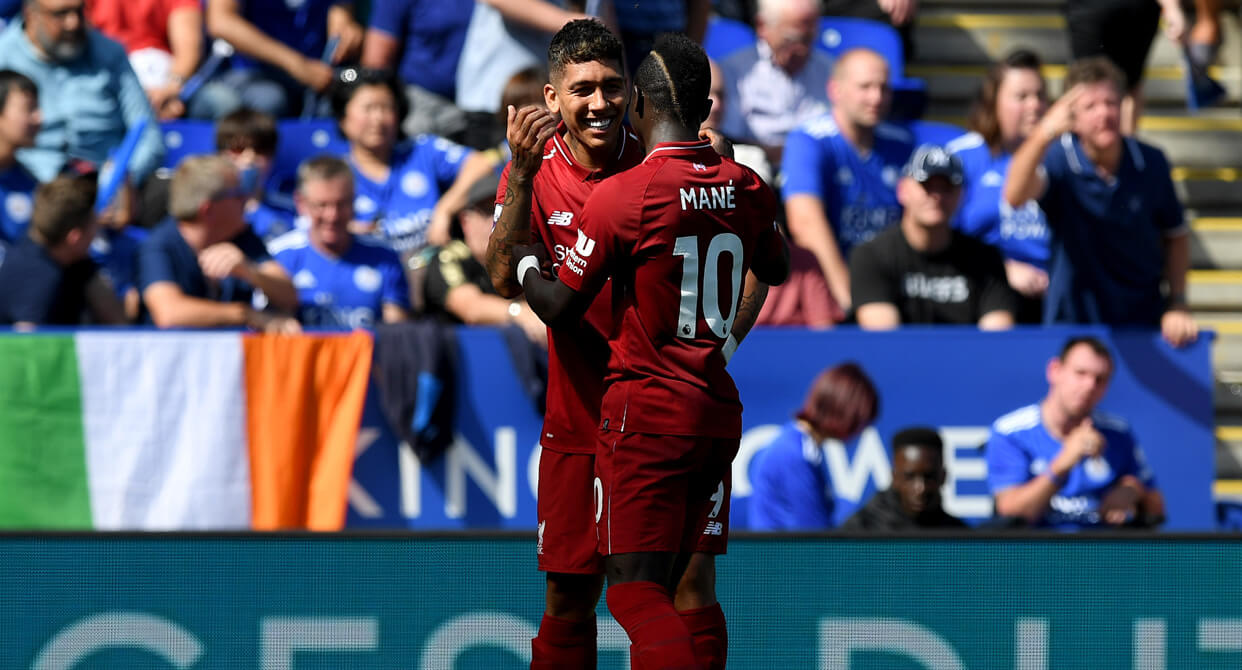 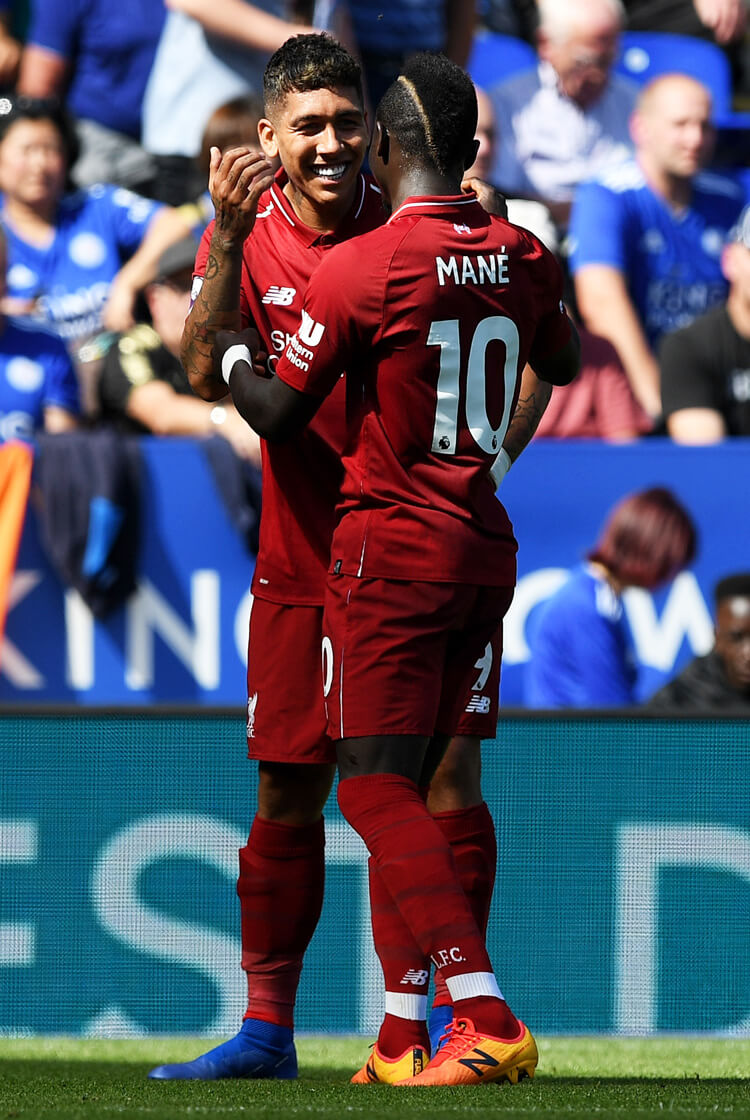 Liverpool maintained their 100 per cent start to the Premier League season with this victory over Leicester at the King Power Stadium. Jurgen Klopp’s side flew out of the blocks, Sadio Mane’s 10th-minute opener arriving only a few minutes after Mo Salah had missed a golden chance to put the Reds ahead. Roberto Firmino doubled the lead by heading home from a James Milner corner on the stroke of half-time, but Leicester weren’t short of possession and midway through the second period were gifted a route back into the game when Liverpool goalkeeper Alisson was robbed of the ball by Kelechi Iheanacho in his own box. Rachid Ghezzal duly halved the deficit, but Leicester couldn’t find another goal to earn what they will feel would have been a deserved point. Instead, Liverpool took the spoils and remain top heading into the international break. 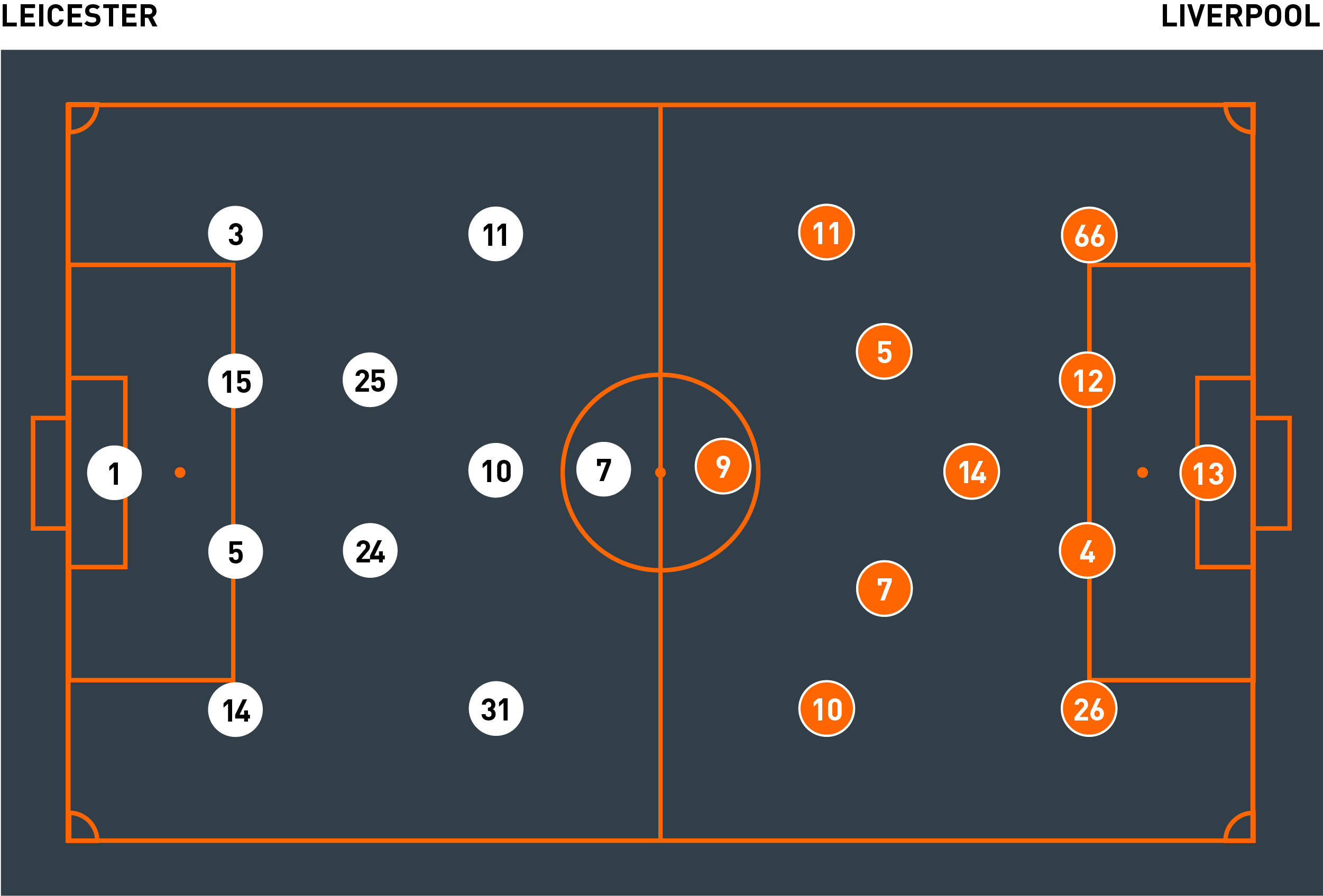 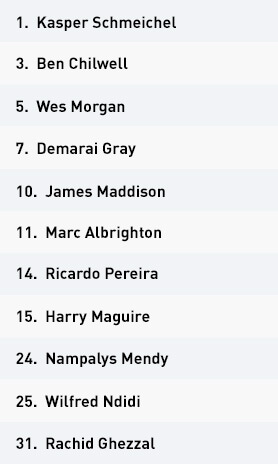 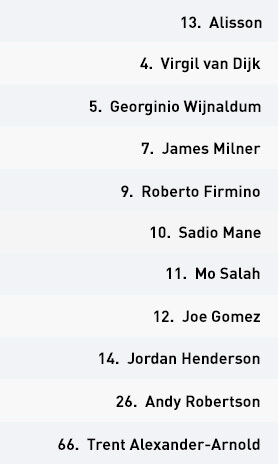 Leicester set up in a 4-2-3-1 formation, with the deep central-midfield partnership of Wilfred Ndidi and Nampalys Mendy positioned behind Rachid Ghezzal, James Maddison and Marc Albrighton. That trio supported lone front man Demarai Gray, who was moved further forward in the absence of the suspended Jamie Vardy.

The Foxes surprisingly had the ball for large parts of the game and focused their efforts on exploiting the wide areas by stretching the play horizontally. Full-backs Ben Chilwell and Ricardo Pereira regularly supported the attacks.

The key to their in-possession strategy was the partnership between Mendy and Ndidi in midfield. The pair were rarely more than 10 yards apart and offered their team so much in possession, without needing to perform anything spectacular on the ball. When Leicester have possession in their defensive or midfield thirds of the pitch, it appears that the ball-carrier must always have a passing line to one or both of them. Mendy and Ndidi are tasked with supplying security if the ball-carrier is caught in possession, providing cover to allow the full-backs to venture forward, linking play between defence and attack, and offering central protection against counter-attacks. Much of their work goes unnoticed, but without their influence Leicester would have significantly less threat going forward.

Ahead of the midfield pairing, the Foxes tried to find the feet of Albrighton, Maddison, Ghezzal and Gray. In the second half, they looked to run in behind more regularly, particularly after the introduction of striker Kelechi Iheanacho for Albrighton just past the hour.

Leicester set up in a 4-4-2 out of possession for the most part, with Maddison joining Gray on the front line, and Albrighton and Ghezzal dropping in alongside Ndidi and Mendy. They began in a mid-block and would only press from throw-ins and in wide areas, but they quickly switched to a much more aggressive style to put the Liverpool defence and goalkeeper under increased pressure. Chasing the game, they had no choice but to continue with this high press in the second half – and it proved effective, with their goal coming from an error by Alisson in the Liverpool goal.

Their out-of-possession formation and the close distance between Mendy and Ndidi did leave the half-spaces vulnerable, however. James Milner, Roberto Firmino, Sadio Mane, Georginio Wijnaldum and Mo Salah all received in those pockets at times. Even if Albrighton and Ghezzal had closed them off, though, free passes out wide to Trent Alexander-Arnold or Andy Robertson – who provided the assist for Mane’s early opener – remained.

Liverpool set up in their usual 4-3-3 in possession, but this often took the form of a midfield diamond-type shape with Roberto Firmino at the top.

The positioning of Mo Salah and Sadio Mane was crucial in making this structure possible. Both players took up positions between the centre-back and full-back, effectively pinning their opponents’ entire back line. Firmino could then drop into the space between the lines and receive without immediate pressure, while this deeper positioning also allowed the Brazilian to make late runs into the box, should the ball go wide to full-backs Trent Alexander-Arnold or Andy Robertson. In addition, James Milner would occasionally position himself between Wilfred Ndidi and Nampalys Mendy. This opened passing lines in to the half-spaces and created an opportunity to play into the feet of the ever-dangerous Salah and Mane.

Despite this structure causing early problems for Leicester, Liverpool spent much more time than usual without possession. They consequently looked to launch their trademark counter-attacks, but these proved largely fruitless in what was a rather lacklustre performance from the Reds. Jurgen Klopp’s men looked slightly flat for the second consecutive game.

Out of possession, Liverpool set up in their familiar 4-3-3 and initially pressed with aggression. This subsided quickly, however, and they spent large parts of the game organised in a mid-block. This structural change meant that when the ball went wide, the nearside midfielder would move across to deal with the ball-carrier, while the far-side attacker would drop in to form a midfield line of four. The two forwards would also move across and try to restrict play to that side.

Georginio Wijnaldum and Jordan Henderson were key to this structure, and provided an excellent level of security in front of the defensive unit, trying to prevent the ball from going into the feet of the Leicester forwards. But as the hosts increasingly stretched the play – largely through Ben Chilwell and Marc Albrighton on the Leicester left, and Rachid Ghezzal and Ricardo Pereira on the right – the front screen provided by the midfield became harder to consistently achieve. The Foxes tried to fire early passes into the feet of their centrally positioned strikers – a tactic against which centre-backs Virgil van Dijk and Joe Gomez looked somewhat uncomfortable. The pair were not without their share of responsibility for the goal Liverpool eventually conceded, combining unconvincingly before Van Dijk played a poor pass back to Alisson – although the goalkeeper must take ultimate responsibility for gifting possession to Kelechi Iheanacho in his own area.

As the home side searched for an equaliser late in the second half, Liverpool resumed their higher press in a bid to disrupt any momentum. They were successful in doing so and, despite this being far from a polished performance, the Reds emerged with the three points they needed to stay top of the Premier League after four games.