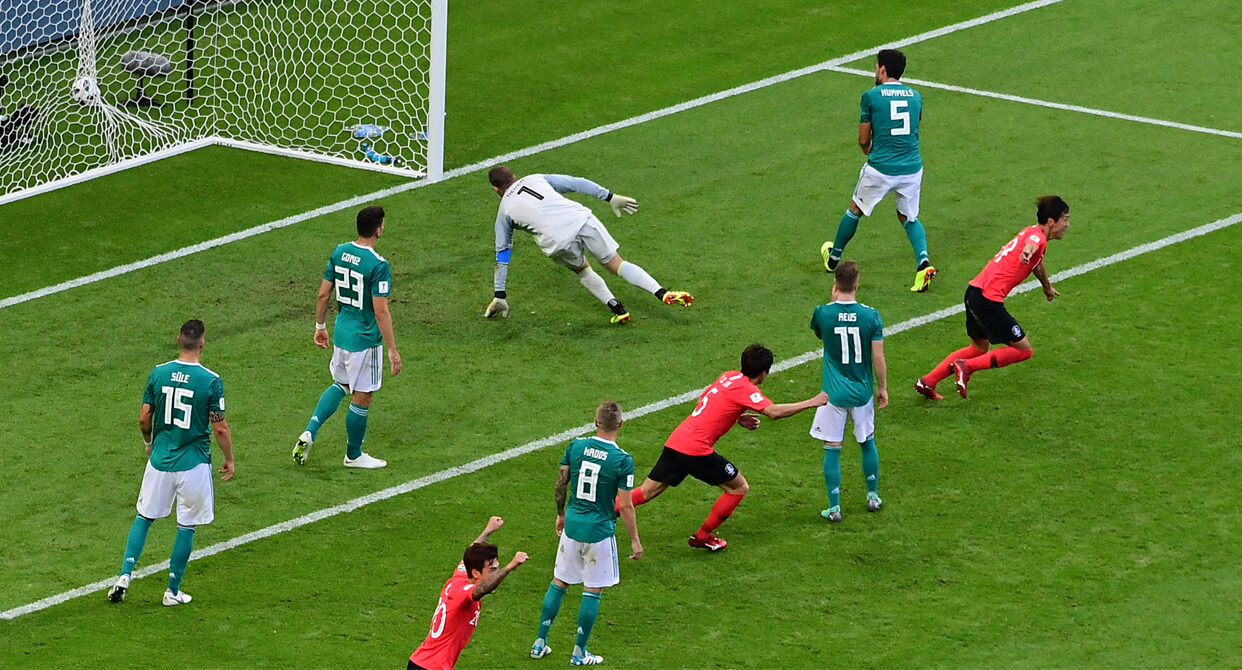 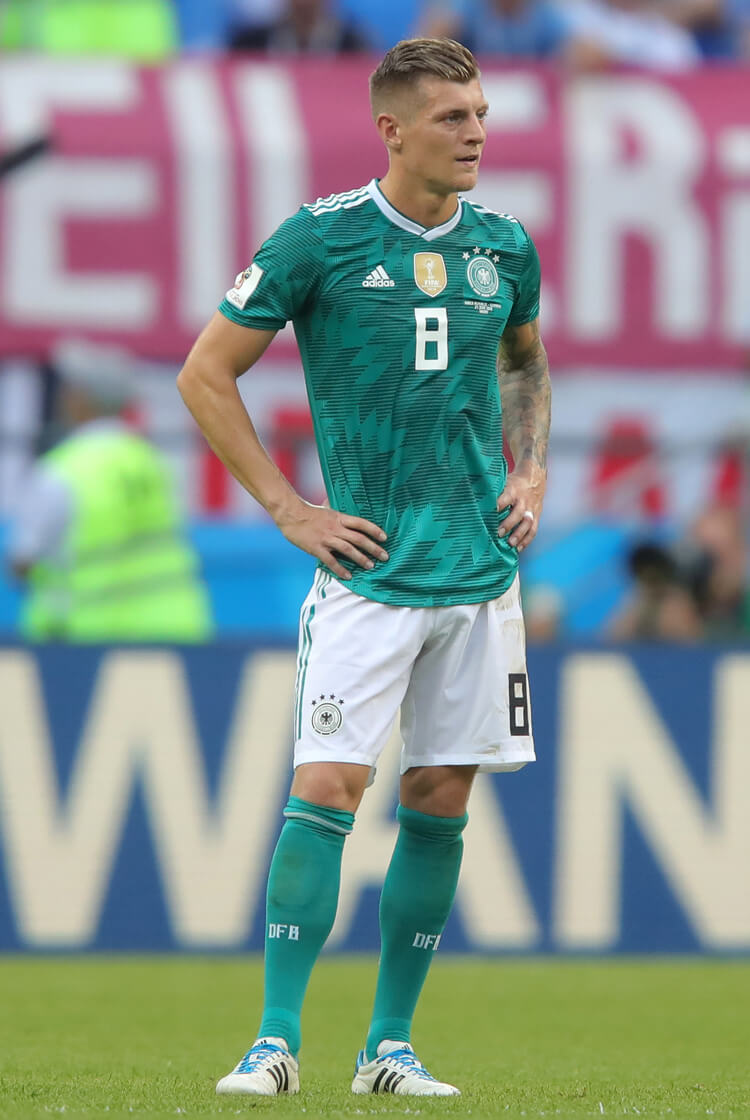 Holders Germany were many peoples’ favourites to go all the way in this summer’s tournament, but they exit the finals having finished rock bottom of Group F, as South Korea secured one of the shock results in World Cup history. Two injury-time goals ended what has been a terrible few weeks for the German national team. Kim Young-Gwon’s 92nd-minute effort was initially ruled out for offside, but VAR awarded the goal after replays showed it was Real Madrid’s Toni Kroos who had sent the ball into his path. As Germany pushed for an equaliser, even Manuel Neuer joined the attack – but the Bayern Munich goalkeeper was caught in possession, substitute Ju Se-Jong sent the ball into the path of Son Heung-Min, and the Tottenham Hotspur forward calmly rolled the ball into an empty net. Joachim Low and his players, ranked one by FIFA, will now struggle to escape the questions directed at their abysmal performances in Russia. 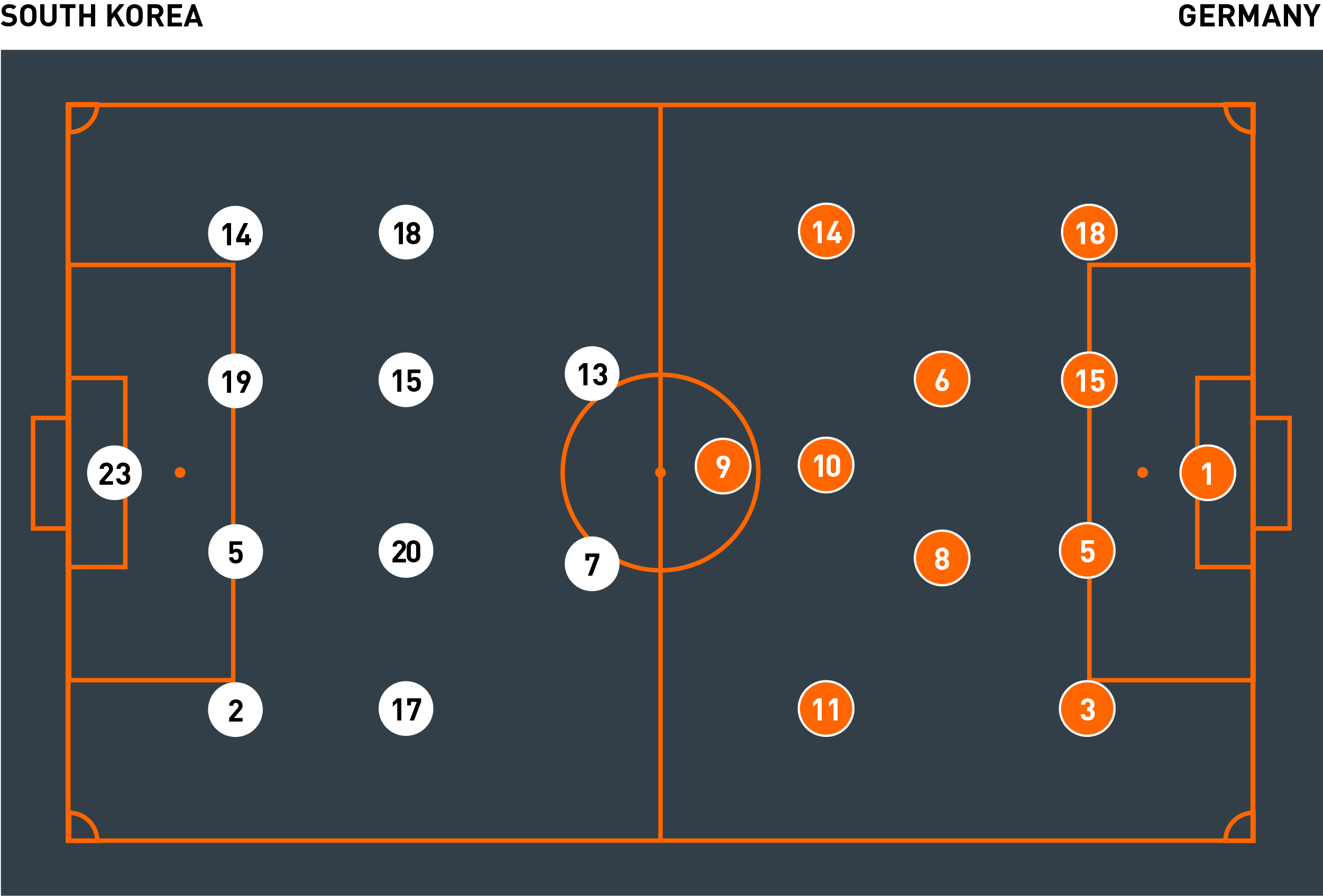 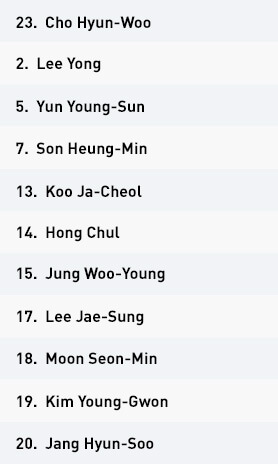 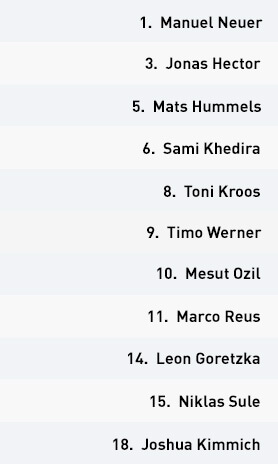 South Korea only had a slim chance of qualifying, as they needed a specific number of goals and results to go their way in order to snatch second place. Head coach Shin Tae-yong changed from a 4-2-3-1 formation into a 4-4-2 structure, as Koo Ja-Cheol was brought in to accompany Son Heung-Min centrally in attack.

Their aggression within midfield harried the German build, as they looked to rattle their opponents’ traditionally mentally tough unit in the centre of the park. This hostility naturally led to an inflation of fouls and free-kicks, often in dangerous positions, but Germany failed to trouble the South Korean defence from set-pieces.

South Korea initially began to build short from the goalkeeper, but they lacked the quality central options in the number six spaces; Jung Woo-Young was often caught out in possession, which led to Germany’s best attacking opportunities. From here, they soon looked for longer balls directed over the heads of the German full-backs. This not only avoided the powerful German central defence, but ensured that Germany’s marauding full-backs were forced to recover all the way back into a much deeper position each time they were building. This eventually took its toll as, in the latter stages of the second half, both full-backs looked tired from having to make these recovery runs at an increasing rate.

South Korea’s best chance of the first half fell as Manuel Neuer uncharacteristically dropped a tame free-kick and just punched the bouncing ball away from Son, who was bearing down on goal ready for a simple tap-in. The final five minutes of the first half was South Korea’s best spell in possession. Despite creating little with regards to clear-cut chances, they were comfortable in the game and their hopes of stealing second place were very much alive.

The relatively inaccessible forward Son soon became more available in the second half. Throughout the opening 45 minutes, he had chased down hopeless clearances and long balls to no avail. With Toni Kroos and Sami Khedira defensively blocking off central access into him, he had little impact during the first half. But once Khedira was substituted, only Kroos remained within the central lane for Germany. South Korea now had their chance to involve their star man, particularly during counter-attacks from their own penalty area.

With fewer players blocking Son, they continued to counter-attack, but could now crucially link up with their most dangerous player. As Son became increasingly active, they looked capable of stealing a goal. The longer the game dragged on, the less confident Germany looked that they could win the game.

South Korea gradually dropped deeper into an extremely compact low block, with only Son remaining high towards the halfway line. Despite occasional gaps appearing in their tiring block, Germany’s quality didn’t improve. With Joachim Low’s team throwing additional players forward, South Korea had multiple chances to score on the transition. But, despite various attempts, a lack of quality in their final ball repeatedly counted against them.

After periods of resolute defending, South Korea’s time finally came as Kim Young-Gwon smashed home after various deflections worked the ball into his path from an inswinging corner. After a careful review from the referee and VAR system, the goal was confirmed – and their joy was soon doubled as Neuer was caught in possession high up the field and substitute Ju Se-Jong hammered a ball long that turned into a superb pass for Son. The Tottenham forward simply tapped home into an empty net to secure a shock but historic win for the departing South Koreans.

Germany started the day needing to match or better Sweden’s result to secure a place in the knockout stage. They began with a double change in central defence, as Mats Hummels returned and Niklas Sule replaced the suspended Jerome Boateng. Sami Khedira and Mesut Ozil also earned recalls to the starting line-up, as Julian Draxler and Thomas Muller missed out within their 4-2-3-1 structure.

The World Cup holders began the proceedings by looking to move as many players as possible between the South Korea defensive and midfield lines. Marco Reus moved into a central position, effectively as a second striker alongside Timo Werner. Ozil and debutant Leon Goretzka alternated within the central lane, as they looked to escape their markers early on.

Both full-backs moved incredibly high for Germany, as Jonas Hector was targeted with ambitious switches of play. As Reus had moved infield much earlier, Hector was often missing a teammate in close proximity to combine with to set up crossing opportunities. On the right, Joshua Kimmich’s height provided Germany an alternative switching option – but Kimmich had similar issues to Hector, as Goretzka naturally drifted towards the central lane.

Khedira’s lack of movement and willingness to dictate in the central lane was a major issue for the German build. His lack of energy slowed the transition of the ball from deeper positions. Toni Kroos occupied the inside left channel during the build, but his impact was restricted from this position. Khedira’s inability to progress the ball ensured Germany maintained high levels of possession but in meaningless areas.

Hummels and Sule – who isn’t totally comfortable in possession and was targeted by an increased South Korean pressing presence – were forced to play splitting passes, which lack consistent results due to an unnecessary increase in risk and difficulty.

Germany ended their dismal first half with Kroos moving higher into a more central position. From here, they made the most of their best passer, as a shower of attacking crosses hit the South Korean penalty area. Without a real aerial threat, however, Germany lacked presence and their attacks soon diminished.

Khedira and Goretzka were replaced within the opening spell of the second half, soon after the latter had wasted a glorious chance to head Germany into the lead. With Mario Gomez and Thomas Muller introduced, Germany – on paper, at least – had a much greater attacking threat to complement their attacking crosses.

Despite a bigger attacking presence on the field, the Germans looked lethargic and lacking in any real form of togetherness. Their disjointed final-third combinations were easily blocked by the alert South Korea defensive block. Despite gaps and spaces gradually appearing, the Germans’ awful quality of pass reduced any hope of attacking intent.

Germany’s efforts in the channels gradually reduced, as South Korea defended with 10 players around their penalty area. Reus and Kroos had decent shots blocked and cleared, with substitute Gomez also going close with a simple header on goal. Germany’s best chance to win the game surprisingly fell to central defender Hummels. A perfectly timed run from deep was matched by the best German cross of the match. Ozil fired a deceivingly dipping ball into the path of Hummels, who somehow headed wide from inside the six-yard box.

Germany failed to create any better chances and things soon went from bad to worse, with two goals conceded in injury time. The first from a routine corner, which was smashed home by Kim Young-Gwon after a series of ricochets moved the ball perfectly into his path. The second could summarise Germany’s entire showing at the tournament. Goalkeeper Manuel Neuer was caught out deep within the South Korean half. A long pass set Son away, who tapped home into an empty net to confirm the departure of the reigning champions.