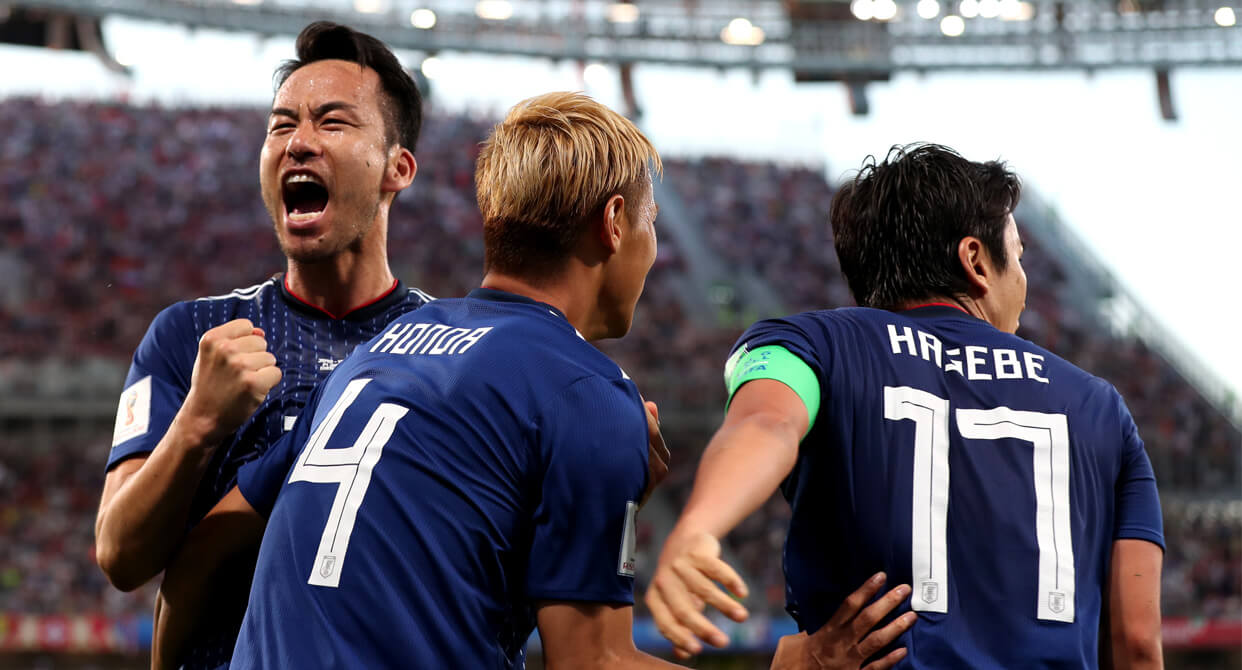 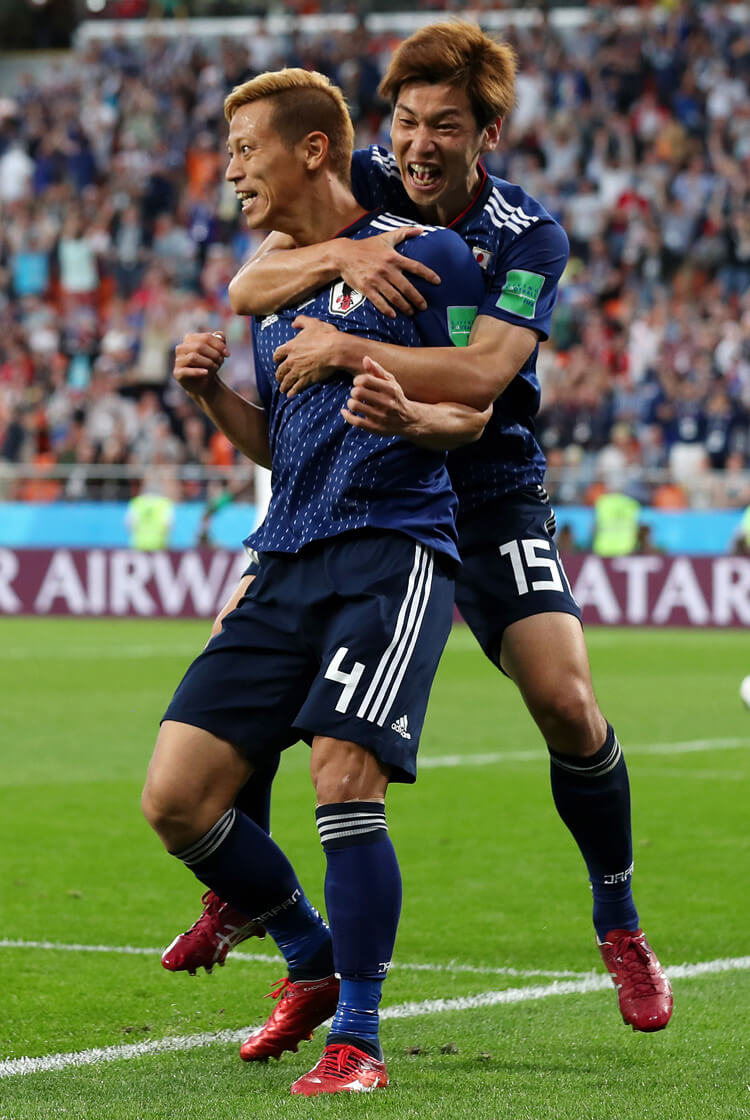 Japan twice came from behind to win a point in a scrappy yet enthralling Group H contest with Senegal in Ekaterinburg. An early mistake led to Liverpool forward Sadio Mane breaking the deadlock, before Takashi Inui equalised with an excellent finish to level the scoring at half-time. Moussa Wague, who at only 19 years old became Africa's youngest goalscorer at a World Cup, thought he had sealed the win in the 71st minute, but substitute Keisuke Honda found the back of the net moments after entering the action. Both teams have four points from their opening two games and are well-positioned to progress to the knockout stage of the finals – but Colombia's performance in a convincing win over Poland has opened up the group. 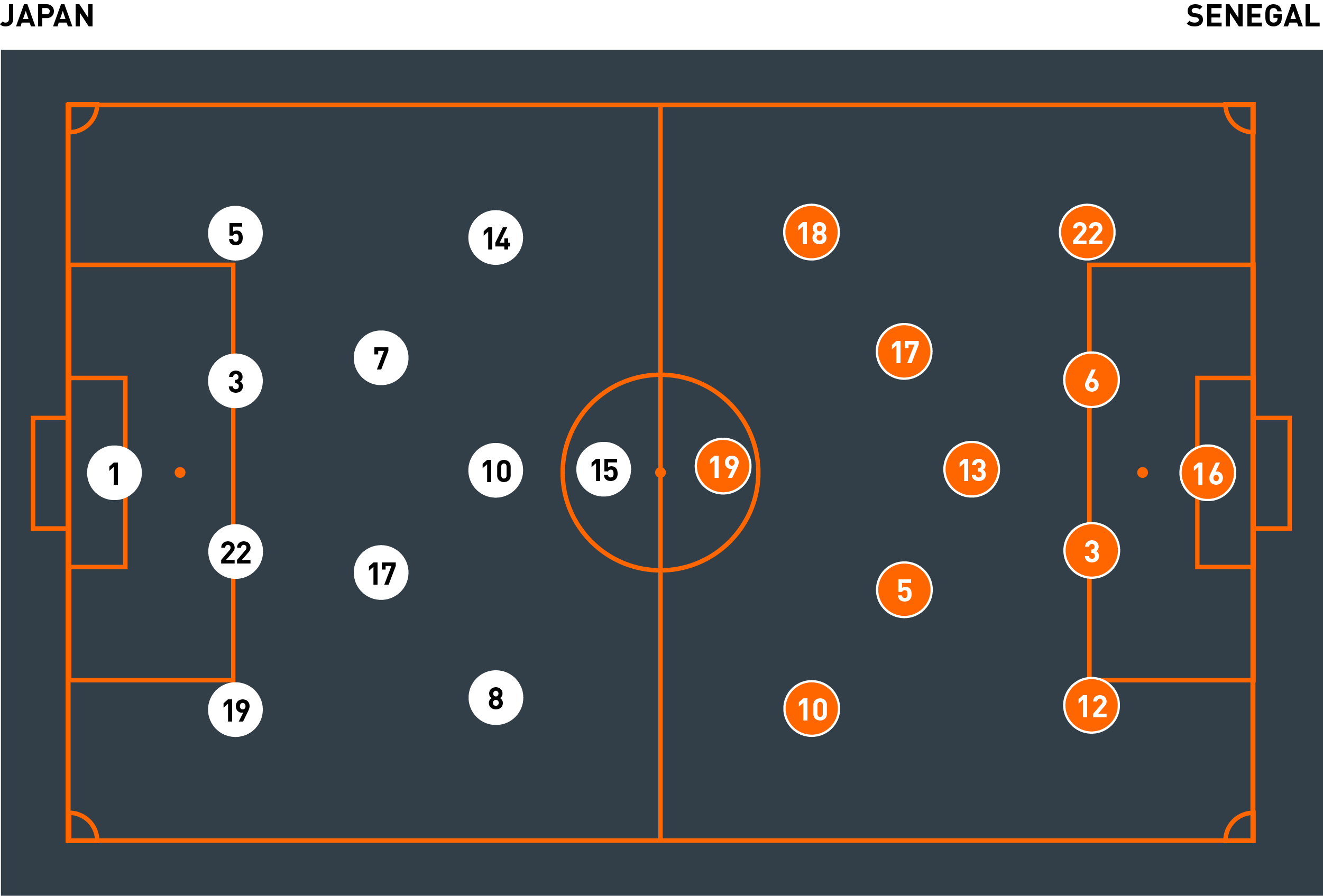 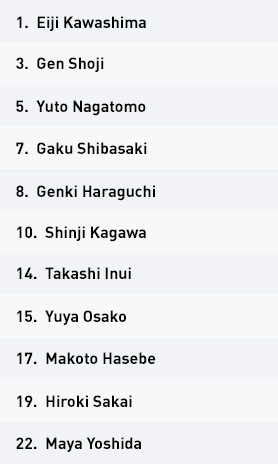 Japan set up in a 4-2-3-1 in possession, with Makoto Hasebe and Gaku Shibasaki operating in front of the back four. Genki Haraguchi, Shinji Kagawa and Takashi Inui played as an attacking three, covering the width of the field behind centre forward Yuya Osako. This formation also took the form of a 4-2-4, depending on how high Kagawa played.

Japan’s play in possession was mainly direct. The centre-backs would look to find Osako with a long pass, and quite often Hasebe would drop deep to receive the ball from his defenders and play the pass himself. On these occasions, Shibasaki would push in to the number 10 position, while Kagawa would join Osako on the top line with Inui and Haraguchi.

Their only other real method of attack came from getting the ball into Osako’s feet with his back to goal, so that he could set for a forward-facing midfielder. This was often Kagawa, who would continue the build from a more advanced position.

They also looked threatening on the counter-attack, and tried to exploit this when possible. However, as the game progressed and they kept the ball for longer periods, their main aim remained finding the direct pass. Their first goal came from a long diagonal ball to left-back Yuto Nagatomo.

The relationship between the full-back and winger was very important to Japan’s play, too. It was common for the wide attacker to either drop deep or move in centrally – this would trigger the movement of the full-back to run beyond and into the space that had just been vacated.

Out of possession, they set up in a 4-4-1-1/4-4-2 formation, with Kagawa operating just behind or alongside Osako, while wide attackers Inui and Haraguchi tucked in alongside Shibasaki and Hasebe to make a compact midfield four.

Due to the direct nature of Senegal’s play, Japan didn’t spend much time in an organised defensive shape. However, when they did press Senegal high, they naturally played a high defensive line, which was dangerous against Senegal’s quick forward players.

Senegal set up in a 4-3-3 in possession, with two at the base of the midfield triangle: Idrissa Gueye on the left and Alfred N’Diaye on the right. Badou Ndiaye would play at the top of the triangle and look to support the front three of Sadio Mane, M’Baye Niang and Ismaila Sarr.

Senegal were very direct in their play and sent long balls towards Niang throughout the game. Mane, Sarr and Ndiaye would then look to gather the second balls or receive in behind. They showed occasional variety to their play, but with much the same principle.

One variation was to try to exploit the space in behind the full-backs for Sarr and Mane to run on to, which could be achieved by enticing Japan into a high press and bringing their defensive line up to create the space. Had this been done on a more regular basis, Senegal may have created more opportunities.

Another option was to build on one side and leave the opposite winger one-on-one against Japan’s full-back on the side away from the ball, when the switch of play would occur. It was a simple race for either Mane or Sarr to win in order to exploit this opportunity.

However, Senegal’s positioning in possession meant that playing direct was the only real option. They regularly had one player – usually Gueye or N’Diaye – who would drop with the centre-backs, while the rest pushed up to the top line.

Their shape would look like a 4-3-3 when that centre-back shaped to switch the play to either his central defensive partner or the full-back on the opposite side. Consequently, the wide attacker on the far side would push up slightly to almost make a line of three with the other two attackers.

Due to the direct nature of Japan’s play, Senegal did not stay in a compact shape for very long, with the game becoming quite transitional and scrappy.