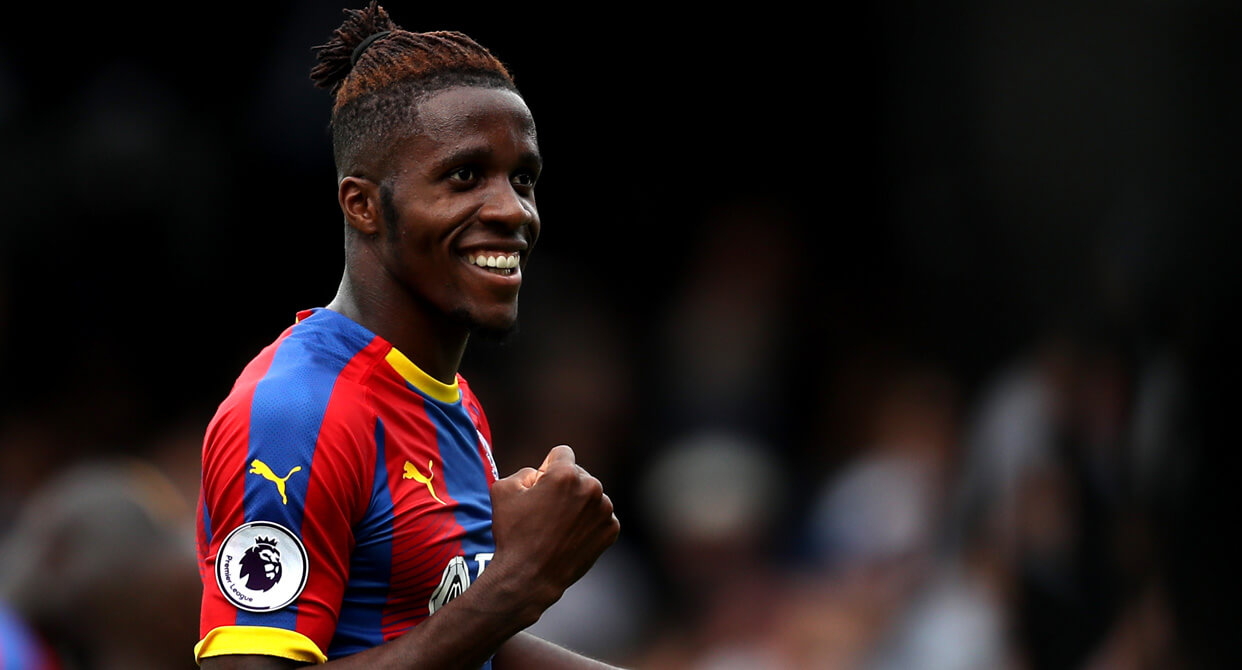 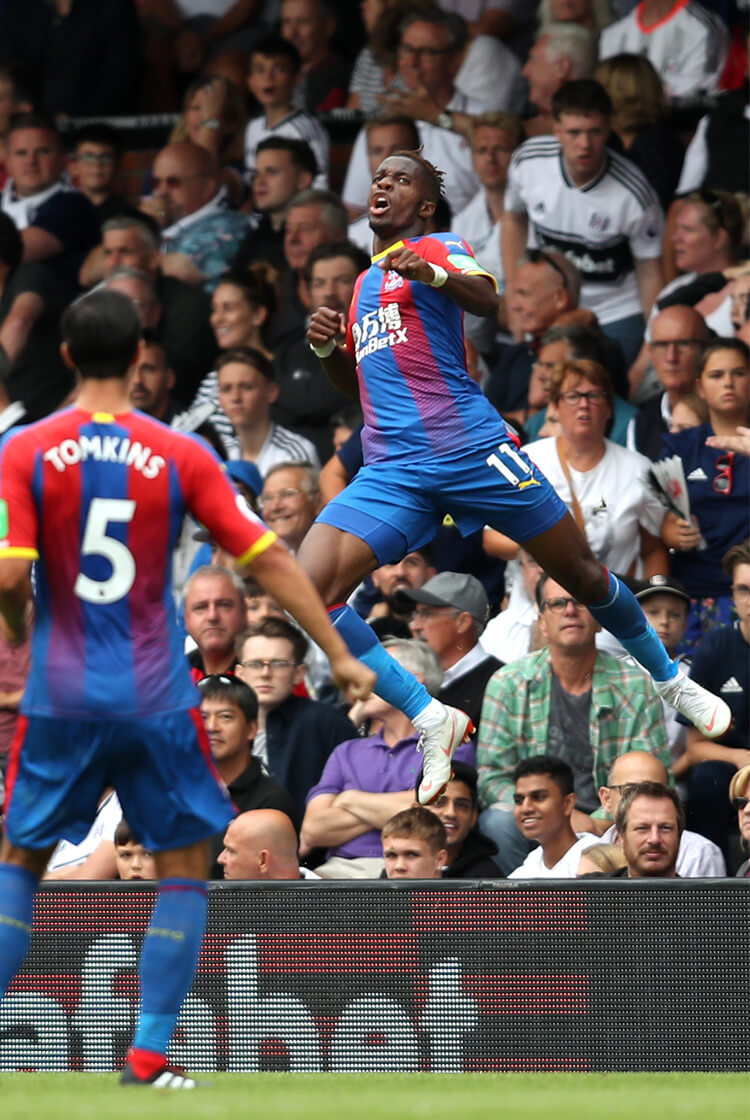 Crystal Palace ensured they won’t be making a repeat of their seven-game run of defeats and no goals at the start of last season, with this victory over newly promoted Fulham at Craven Cottage. Only a goal was missing from a fine first-half performance by Slavisa Jokanovic’s team – which featured seven new summer signings – but they were made to pay when Jeffrey Schlupp fired the Eagles into the lead as half-time approached. Fulham seemed to run out of ideas after conceding and couldn’t overcome a smart tactical display from Palace in the second period. Wilfried Zaha went on to seal the win in the 79th minute, securing his team three points from their Premier League opener just days before signing a new and much-improved contract at Selhurst Park. 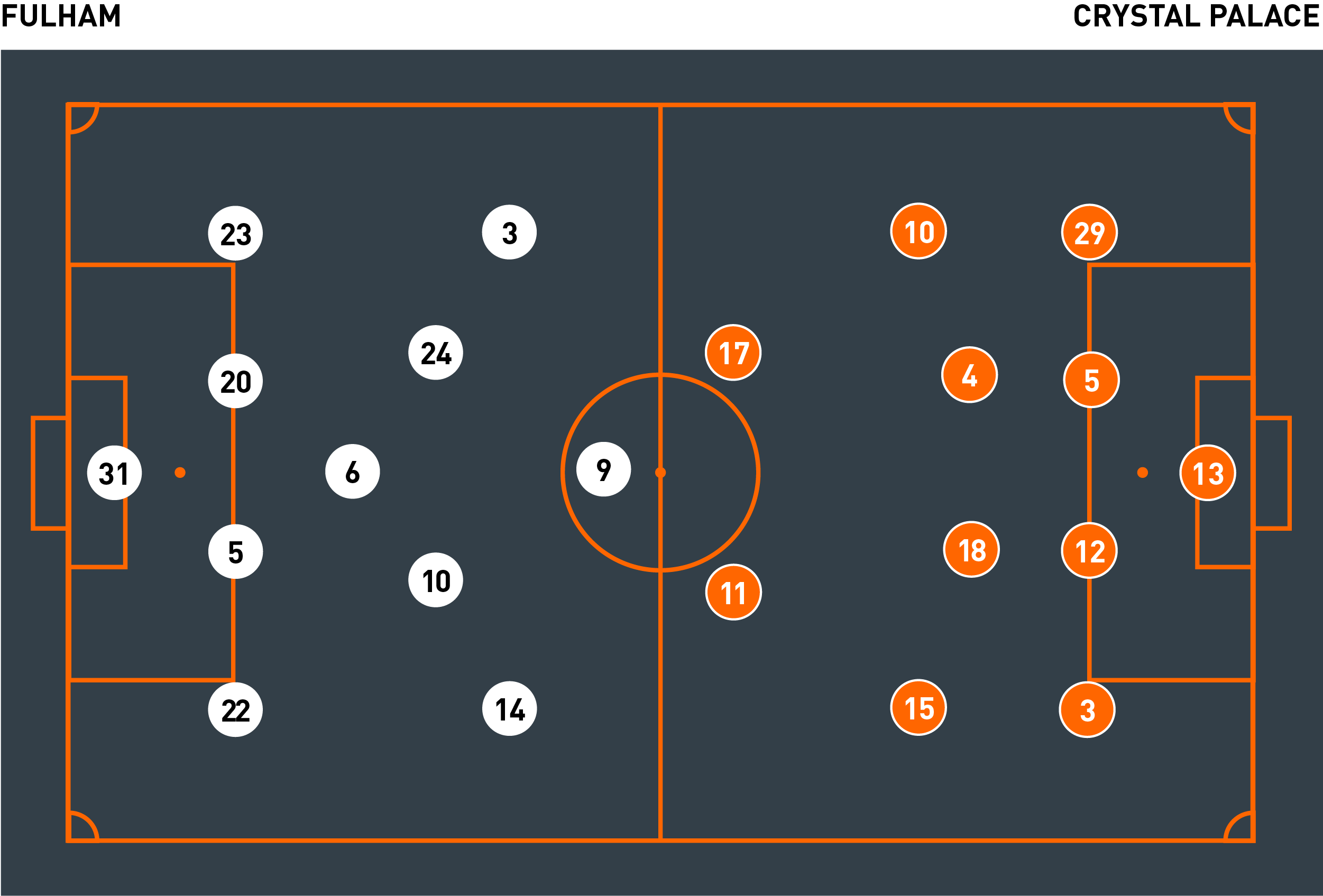 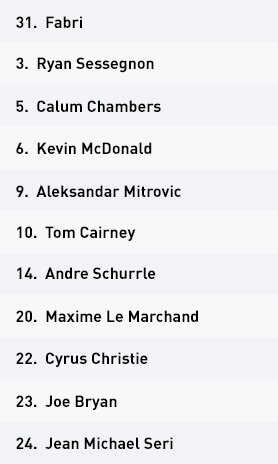 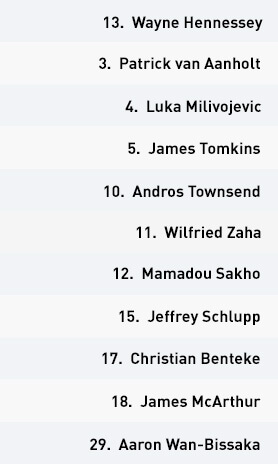 Fulham set up in a fluid 4-3-3 formation. Tom Cairney and Jean Michael Seri played ahead of Kevin McDonald in midfield, while Ryan Sessegnon and Andre Schurrle supported Aleksandar Mitrovic in attack.

Fulham set out to dominate possession throughout the game and play through Crystal Palace’s defensive block. A key strategy of attack in the first half was to play the ball to Mitrovic’s feet with his back to goal, which would trigger the forward movement of Schurrle, Sessegnon, Cairney and Seri. The quartet would look to run beyond their striker or receive the set-back in front of him to continue the attack.

Their other strategy was to play a killer pass in between the centre-back and full-back for the runs of Schurrle or Sessegnon, who would then pull the ball back to the penalty spot or across the six-yard box. This created three or four chances in the first half – unfortunately for Fulham and head coach Slavisa Jokanovic, none were taken.

Schurrle and Sessegnon approached this tactic differently. Schurrle operated largely within the half-space, with Cyrus Christie providing width on the right, and would make his run between the full-back and centre-back. The former was worried about Christie and the latter didn’t want to leave Mitrovic. Sessegnon, meanwhile, chose to run in behind Aaron Wan-Bissaka, knowing the full-back would be forced to either take his eyes off the ball or his man.

Both approaches caused problems in the first half, but Fulham struggled to penetrate in the second period against a more organised defensive structure from Palace. They appeared to lack ideas after going a goal behind, too.

Out of possession, Fulham set up in a 4-1-4-1 formation. They intended to press aggressively, but the visitors’ style of play meant there were limited opportunities to do so successfully and the majority of these opportunities came as a counter-press in transition. McDonald would operate in between the two deeper blocks within this set-up, while Sessegnon and Schurrle dropped into the second line. The wide players would initiate a press when the ball was delivered to the Palace full-backs.

Fulham will need to do more to guard against counter-attacks in their future fixtures, as this was an area that Palace were able to regularly exploit. The home side’s willingness to commit bodies forward was both a strength and a weakness.

Their strategy was clear: get the ball forward early and quickly for their attacking quartet to create opportunities. This was a simple yet effective approach to the game.

The visitors tended to leave Milivojevic and McArthur behind the ball and close together for both in and out-of-possession reasons. In doing so in possession, they were afforded an element of control in the central areas, should the direct pass forward not be available. It also helped to guard against immediate counter-attacks, protecting the ball from going into Mitrovic’s feet on transition.

An interesting feature of their positional structure was to have Schlupp playing inside, which regularly left Patrick van Aanholt to provide the width. Palace, as a result, had another player in position to offer protection against potential counter-attacks, and also had an extra man supporting Zaha and Benteke when the two central midfielders held back. The Eagles would look to play direct to Benteke in the air or to Zaha in behind. The physical strength of these two players was a constant issue for Fulham’s defence.

Out of possession, Palace were very well organised and operated in the same 4-4-2 structure that they used in possession. This made transition very easy and, with the cautious positioning of their two central midfielders, the immediate counter-attacking threat against them was limited.

Palace worked in a mid-block, which became lower as the game progressed, and had very little interest in regaining the ball in Fulham’s half – unless the ball travelled to the goalkeeper, in which case one of the two strikers would close him down and force an early pass.

Mamadou Sakho and James Tomkins were effective in keeping Mitrovic quiet in the second half; they were touch-tight, making it difficult for him to secure the ball. The roles of Van Aanholt and Wan-Bissaka were also crucial in preventing the killer passes in between themselves and their centre-backs – an area of their game that improved significantly in the second half.

The game plan from manager Roy Hodgson was spot on in playing to Palace’s strengths and nullifying Fulham’s, not to mention exploiting the home side’s weaknesses. This was an encouraging start as Palace look to build on what they achieved in avoiding a relegation battle last term.