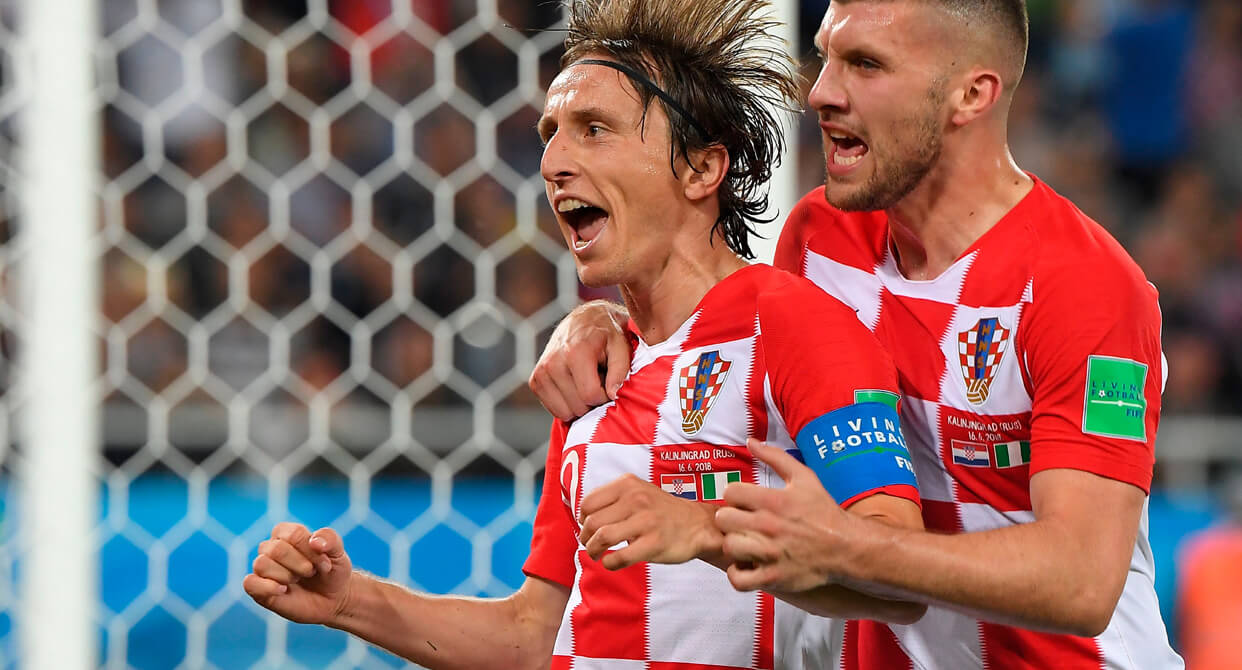 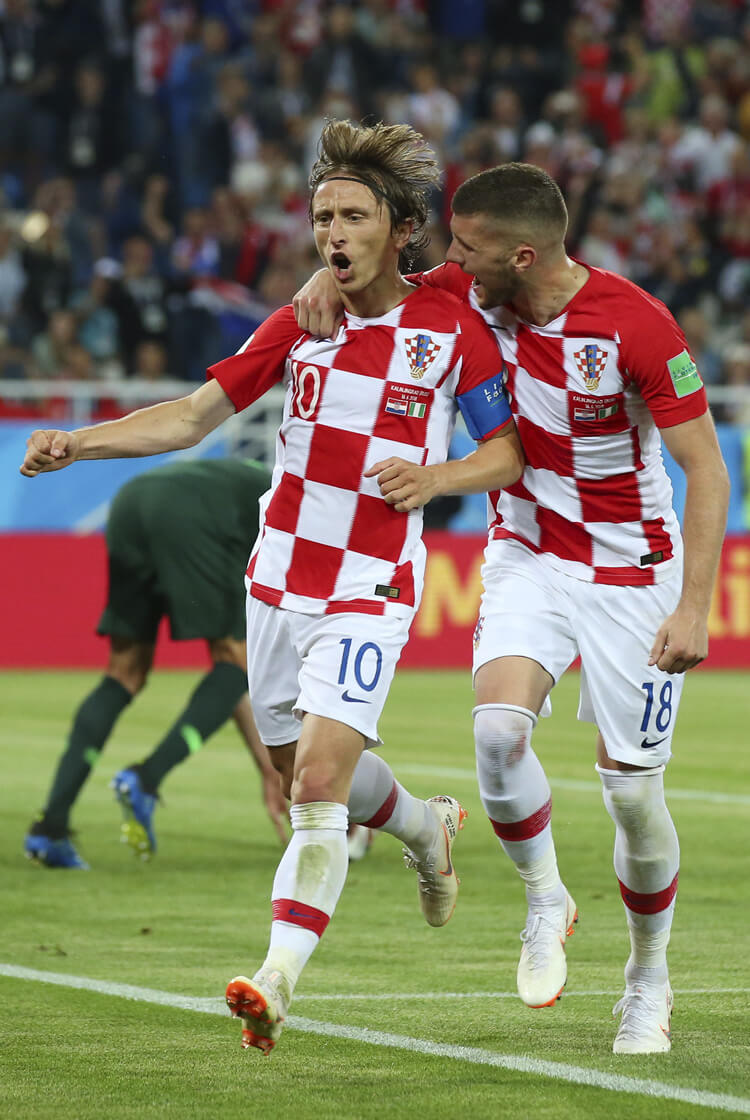 Croatia got their World Cup tournament off to the perfect start with a 2-0 victory over Nigeria in this Group D clash at the Kaliningrad Stadium. Oghenekaro Etebo's own goal and a Luka Modric penalty were the difference in what was a comfortable three points for a team also featuring Liverpool centre-back Dejan Lovren. Here, our professional coaches analyse the tactics and key moments from Croatia's win – and assess what went wrong for a Nigeria team that never managed to get their big players, Victor Moses, John Obi Mikel and Alex Iwobi, properly into the game. 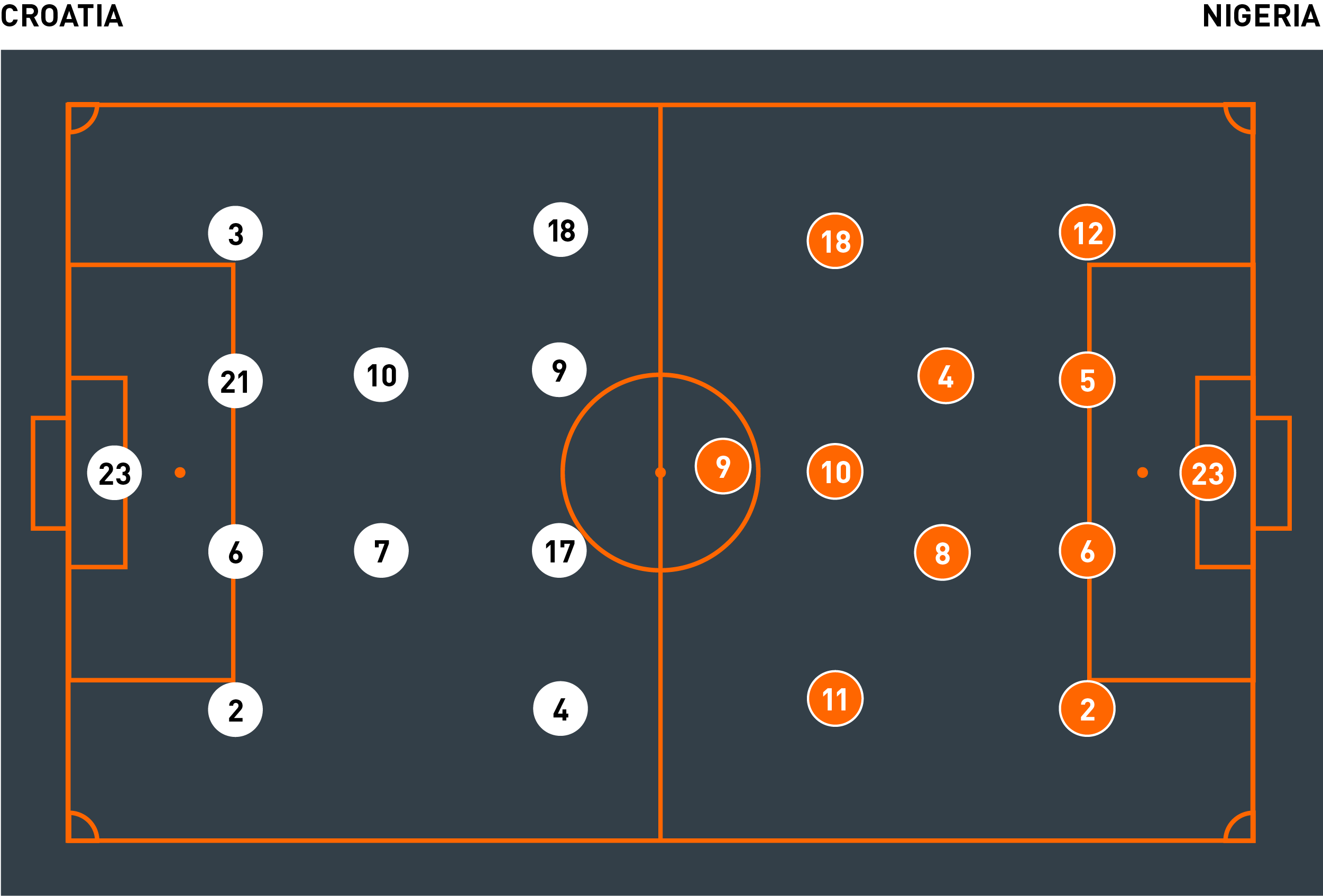 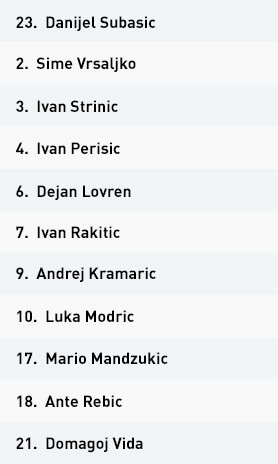 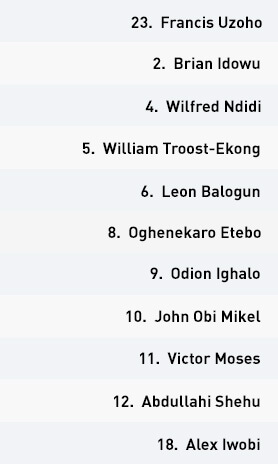 Croatia set up in an overtly attacking 4-2-4 formation, with Luka Modric and Ivan Rakitic as the two central midfielders given the responsibility of distributing the ball to the four forwards. The attacking quartet consisted of Ivan Perisic and Ante Rebic on the flanks, and Mario Mandzukic and Andrej Kramaric through the middle.

Croatia’s performance and game plan in the first half was clear but highly ineffective. Modric and Rakitic would either send long passes from deep positions to get Perisic or Rebic in behind the full-backs to cross for the two strikers, or they would send the ball towards Mandzukic or Kramaric to hold up or flick on.

These passes rarely met their destination, spoiling the potential to create attacking opportunities. Croatia only posed a threat when Kramaric dropped a little deeper to offer a set option from Mandzukic or a different passing line for Modric and Rakitic. Perisic and Rebic swapped sides during the first half, but this didn’t change anything.

Croatia came out for the second half looking a much more threatening and well-structured unit. Marcelo Brozovic replaced Kramaric and played alongside Rakitic in the holding position, which pushed Modric further up the field to provide another line between midfield and attack to assist in the build-up.

Zlatko Dalic’s team now had an alternative plan away from the direct pass to Mandzukic, which allowed their star player, Modric, to get on the ball in more threatening areas than previously seen.

Out of possession, Croatia would press in a 4-4-2 mid-block with Perisic and Rebic dropping in to help Rakitic and Modric in midfield. One of the wide pair would push up to join the two forwards when the ball was with the full-back, while the opposite midfielder would tuck in with Rakitic and Modric.

With Croatia happy to let Nigeria have the ball at the back, their opponents would invariably lose patience and too often resorted to long balls towards striker Odion Ighalo – who was outnumbered and struggled to hold the ball up.

Nigeria set up in a 4-2-3-1, with Wilfred Ndidi and Oghenekaro Etebo holding centrally and captain John Obi Mikel in the number 10 position. Victor Moses and Alex Iwobi supported Odion Ighalo from wide positions in attack.

Nigeria were very disjointed in possession and lacked a clear game plan. This was a similar performance to what they produced against England in the first half at Wembley last month, with their problems remaining in the centre of the pitch.

With Mikel playing in the number 10 position, it was clear his quality was missing in the build-up. But when the former Chelsea man dropped deep, there was one less attacker further up and between the lines of the Croatia unit. It might have been more effective for Mikel to have replaced Ndidi or Etebo with an extra attacker – perhaps Kelechi Iheanacho – added to play with or off Ighalo.

Ndidi and Etebo both frequently dwelled on the ball for too long and were often caught in possession in their own half, leaving Nigeria vulnerable to the counter-attack.

When Nigeria built in wide areas, the wide attacker on the far side would join Ighalo to make two centre forwards. Mikel would occasionally do this if the wide attacker stayed wide in order to stretch the pitch.

Nigeria were slightly more well-structured out of possession than they were in possession, but not by much. Generally, they would press in a 4-4-2 with the supporting role to Ighalo being rotated between Iwobi, Mikel and Moses. Mikel would cover the wide players when they went to join the first line of the press.

Considering Nigeria could have overloaded Rakitic and Modric in the middle when Croatia were building up, the two playmakers had a remarkable amount of time to be able to pick out their passes. Nigeria subsequently struggled even further when Modric was given the freedom to roam further up the pitch when Brozovic was brought on.

It was an appallingly disorganised display from Nigeria – one that suggests they have a lot of work to save themselves from a group-stage exit.