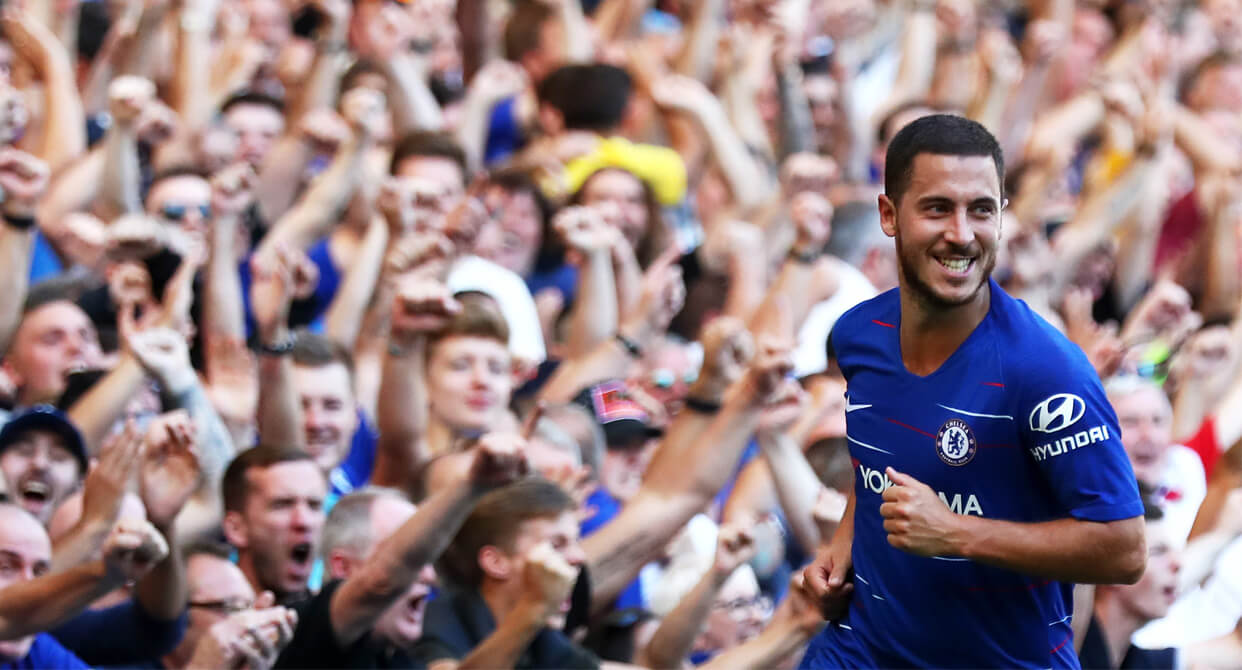 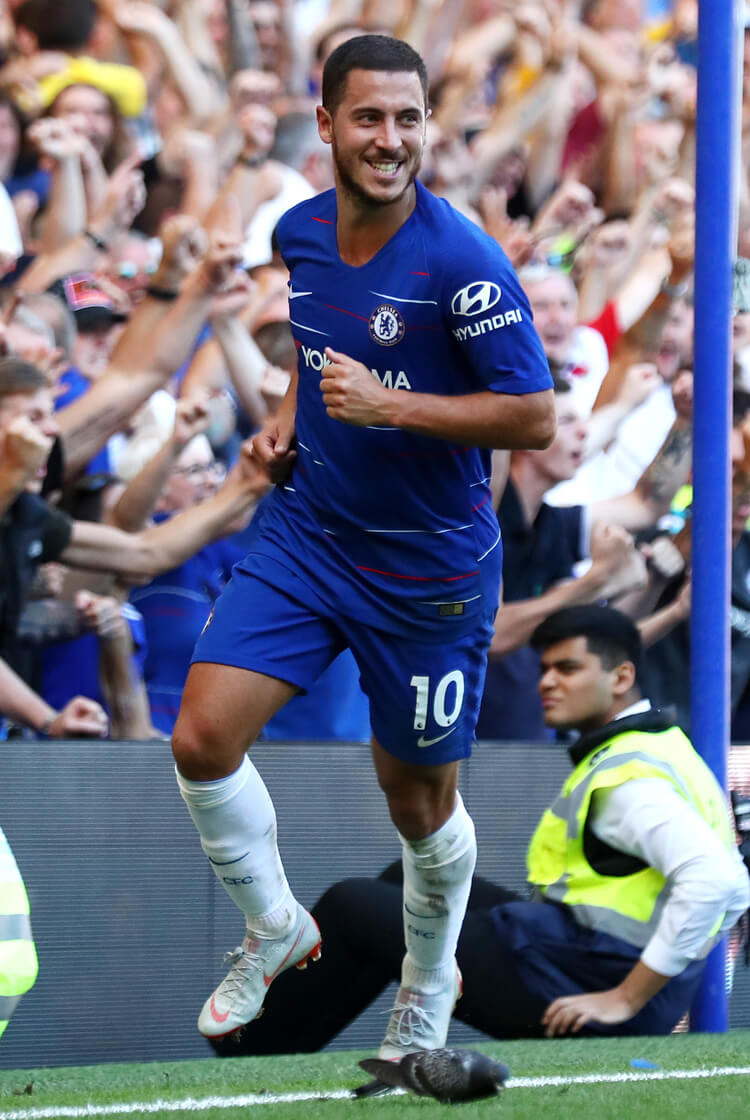 Chelsea remain a work in progress under new head coach Maurizio Sarri, but the signs are promising as a fourth win from four maintained their 100 per cent start to the Premier League season. Bournemouth travelled to Stamford Bridge and frustrated the hosts until deep into the second half, when the Blues needed their substitutes to find the opening and break the deadlock. Olivier Giroud and Pedro combined outside the penalty area, before the latter buried his shot into the bottom corner for the first goal of the game. Eden Hazard then wrapped up the victory, with a fine finish coming from smart combination play with Marcos Alonso. The result leaves Chelsea second to Liverpool on goal difference in the early table – a strong position heading into the international break. 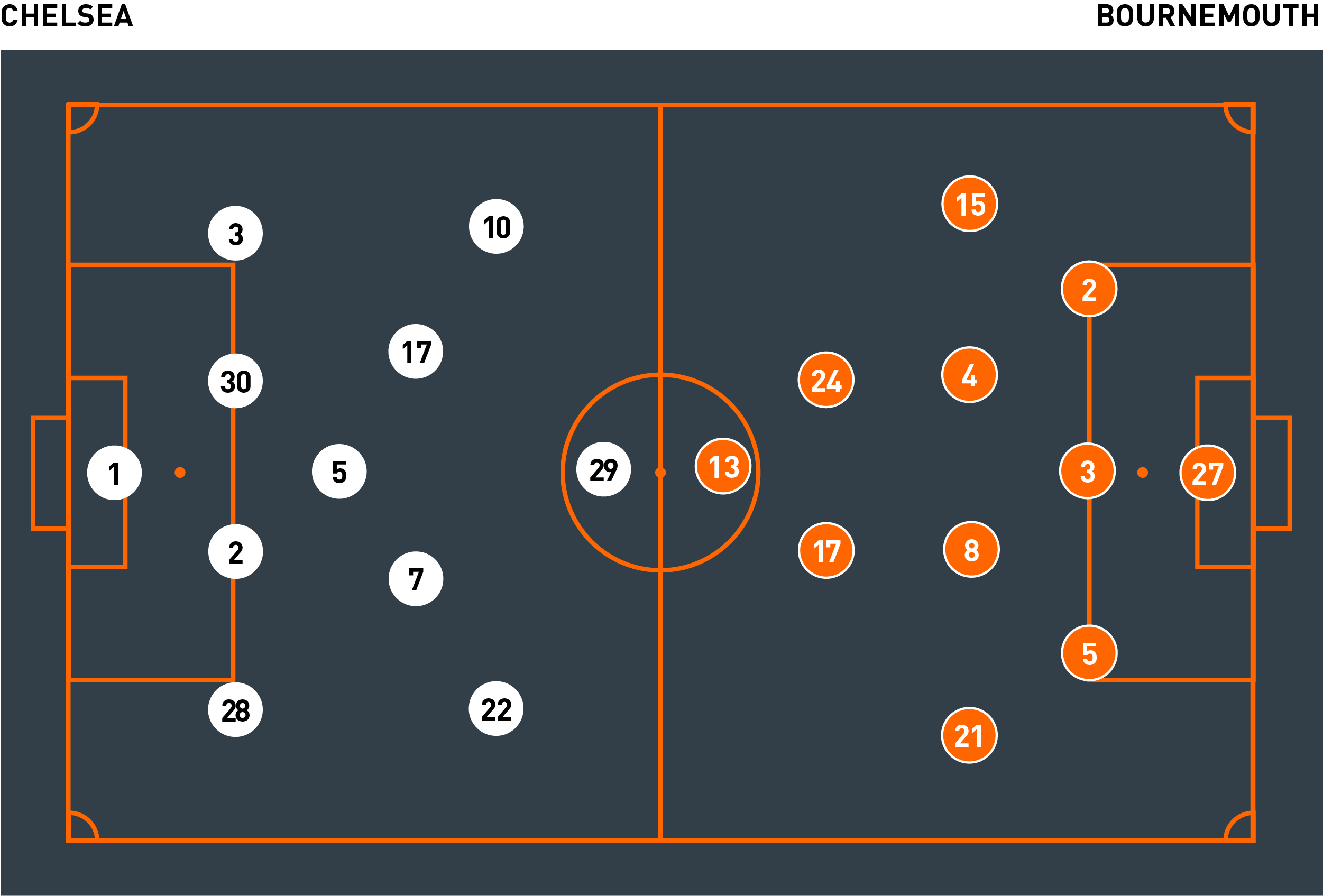 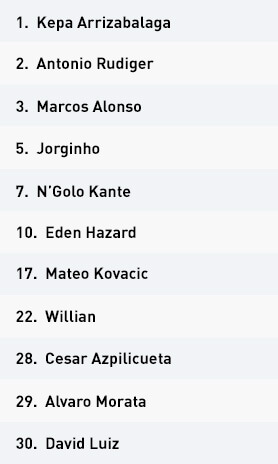 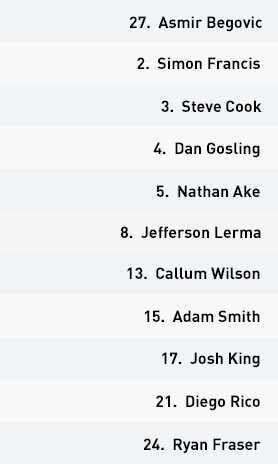 Chelsea set up in a 4-3-3 on paper, but in practice this often took the form of a 4-1-4-1, with Mateo Kovacic and N’Golo Kante playing ahead of the second line of Bournemouth’s defensive block. Maurizio Sarri’s side looked to build through the central triangle of Antonio Rudiger, David Luiz and Jorginho, the latter pair more commonly responsible for passing through to the next line.

Maurizio Sarri’s team favoured exploiting Bournemouth’s left side in the first half, and would concentrate high numbers in that area and the half-space nearby. High numbers simultaneously allowed for quick play in the build-up and brought more Bournemouth players over to that side, creating more space for the switch to Marcos Alonso on the Chelsea left. It also enabled the Blues to immediately counter-press, should they lose possession.

The positioning of Chelsea’s forwards, meanwhile, allowed Kovacic to frequently get on the ball between the lines before turning and driving at the Bournemouth defence. Alvaro Morata and Eden Hazard would play on the top line and effectively pin the defenders back, while Kovacic would then position himself midway between the opposition’s defensive and midfield lines. If a midfielder dropped to pick up Kovacic, a large gap for diagonal passes through the second line would open; if a defender stepped up to mark him, Hazard or Morata could get in behind through the newly created space. Kovacic was able to receive the ball on regular occasions, as a result.

The introduction of the aerially strong Olivier Giroud shortly after the hour mark allowed for more direct play. Morata could well possess this attribute, but he is yet to suggest he’s as effective as his teammate in this approach. The change of Pedro for Willian a few minutes later was more or less like for like, although Pedro played inside more than his Brazilian teammate.

Chelsea spent little time in an organised shape out of possession, as their defending tended to come in the form of a counter-press or retreating to defend a counter-attack should the counter-press not be on. On the rare occasions Bournemouth chose to play out from the back, the Blues would initiate an immediate high press and look to force their opponents into mistakes on the ball or direct passes that their back line could deal with effectively.

Kante and Kovacic would take up advanced roles in the press and would lock on to Bournemouth’s central midfield pairing, while Hazard, Morata and Willian (later Hazard, Giroud and Pedro) would look to trouble the Bournemouth back three. Alonso and Cesar Azpilicueta would be ready to press the full-backs, should they get on the ball, while Jorginho would help to protect the central area with Rudiger and Luiz.

It would be easy to suggest that Bournemouth didn’t display an in-possession strategy – but that would be incorrect. They set out with the intention of seeing little of the ball, before hitting Chelsea on the counter-attack with early balls into striker Callum Wilson.

When Bournemouth did have possession, their structure would take the form of a 3-4-3 or 3-4-2-1, with Dan Gosling and Jefferson Lerma in the centre of midfield, supported by full-backs Adam Smith and Diego Rico. Josh King and Ryan Fraser sat either side of Wilson in the front three.

Bournemouth had only one shot on target, with their three chances of note coming through counter-attacks and set-pieces. When goalkeeper Asmir Begovic started play, the Cherries generally looked to send the ball directly towards the front three – but while Wilson had demonstrated in the victory over West Ham that he was comfortable receiving and playing with several defenders around him, he struggled to generate success against Chelsea’s more experienced back line. As such, the Cherries never really threatened to find a way back into the game once they had fallen behind.

The visitors were organised in a 5-4-1 mid-block out of possession, which also regularly moved into a low block. This formation allowed for an easy transition from their in-possession structure, as the wide midfielders would simply return to the back line, while the wide forwards would return to the second line.

Wilson was tasked with preventing the ball from going into Jorginho; the striker would constantly try to position himself between the ball and the Italian playmaker. If David Luiz or Antonio Rudiger drew Wilson on to them, responsibility for blocking off the pass into Jorginho would move to Gosling. The problem here, however, was that Jorginho could then return a first-time pass to the other centre-back, who would then play through the newly created gap to Mateo Kovacic, N’Golo Kante or a dropping forward.

When the ball was played from one of the centre-backs into either full-back, Marcos Alonso or Cesar Azpilicueta, Bournemouth would increase the intensity of their press. They would continue to chase the ball if it was returned to Luiz or Rudiger, where they would attempt to push their opponents’ back line towards their own goal. They tried to engage in higher pressing from Chelsea’s goal-kicks in the closing stages of each half, too, although unco-ordinated movements created more gaps for Chelsea to increasingly play through.