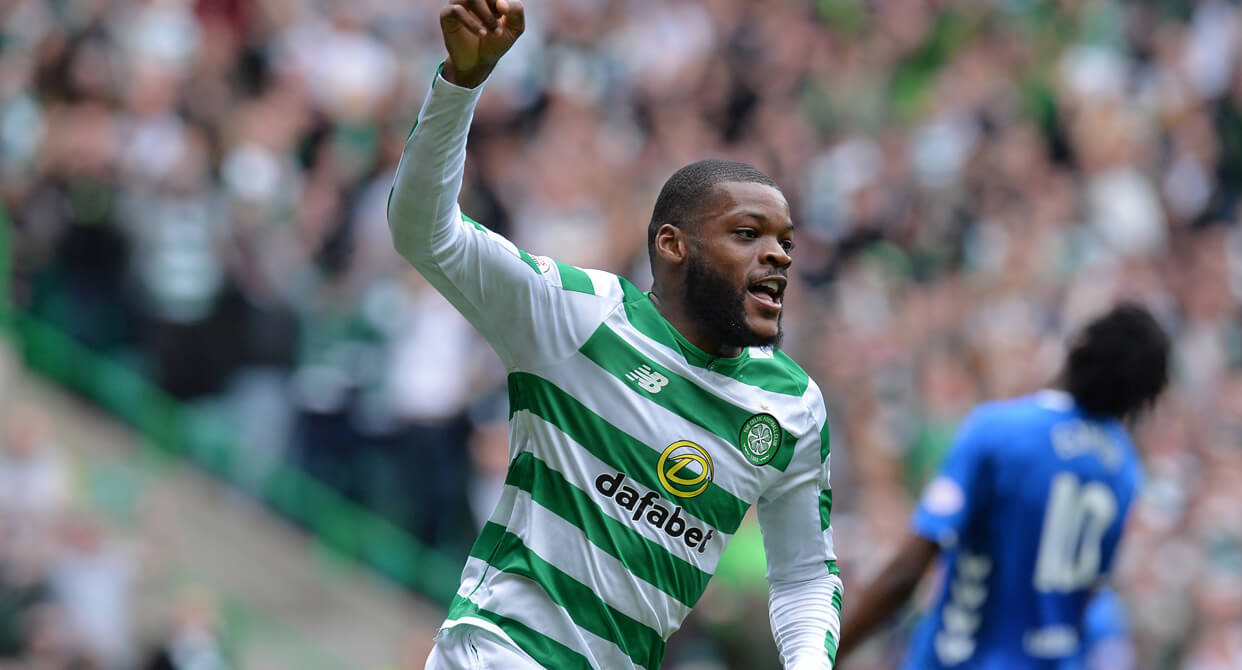 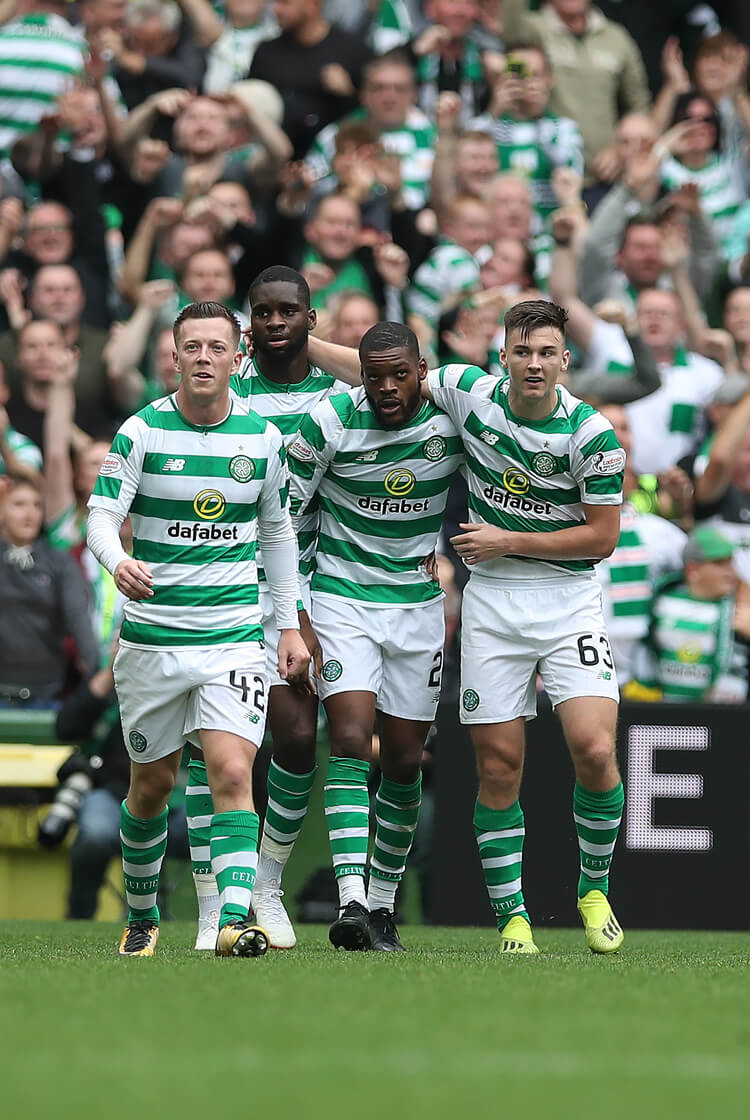 Steven Gerrard’s first experience of the Glasgow derby ended in his first defeat as Rangers manager, with Celtic extending their unbeaten run in this fixture to 12 games under the leadership of Brendan Rodgers. Veteran goalkeeper Allan McGregor looked as though he wouldn’t be beaten in the Rangers goal, having pulled off a number of brilliant saves, but he was powerless to prevent Olivier Ntcham from finishing off a devastating counter-attacking move just after the hour. Celtic were tireless in their desire to carve open their opponents, while Rangers never quite got going as an attacking force. The result leaves Rodgers’ side second to Hearts in the Scottish Premiership table, while Gerrard’s troops lie seventh – although there’s a long way to go yet. 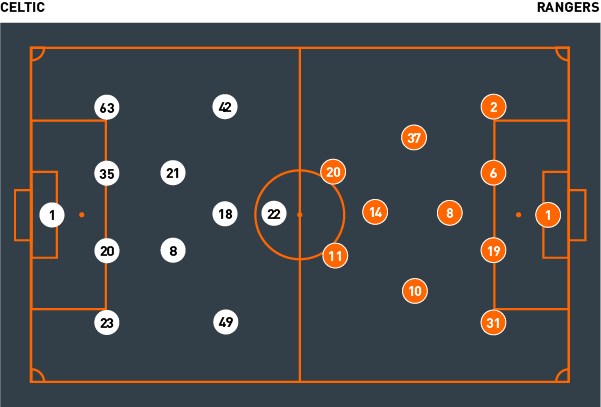 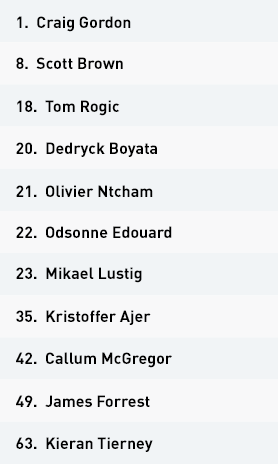 Celtic set up in a 4-2-3-1 formation, with Scott Brown and Olivier Ntcham in front of the defence. James Forrest, Tom Rogic and Callum McGregor would support Odsonne Edouard in attack.

In possession, however, it often appeared that Brendan Rodgers’ team were utilising a back three. Left-back Kieran Tierney was used as the principal outlet for width on the left, while right-back Mikael Lustig tucked in alongside his two central defenders. In front of him, width on the right was generally provided by Rogic or Forrest.

Celtic set out to build from the back, and would look to get Ntcham and Brown on the ball beyond the first line of Rangers’ block before attempting to unlock the second line. The second stage of this strategy, however, was frustratingly difficult for the hosts. They struggled to break their opponents down in the first half, with chances limited to shots from distance, crosses and set-pieces. Their long-range shooting was fairly accurate, nonetheless, as the crossbar and an excellent save from returning Rangers goalkeeper Allan McGregor kept Celtic at bay. This continued into the second half, when a change in approach from Rangers created more gaps for the hosts to penetrate. The winning goal in the 62nd minute came from clever play on the counter-attack – to which the away side couldn’t find a response.

The Hoops looked to regain possession as early as possible, hoping to force their opponents into mistakes on the ball. They would press in their 4-2-3-1 formation, although one of the attacking midfield three would occasionally join Edouard on the top line.

They formed a 4-4-2 mid-block in the 10 minutes after taking the lead, in order to take the sting out of the game and protect their back line. The two outside players would form the second line with Brown and Ntcham, while the central attacking player would join Edouard in the first line of the press. The back line did come under pressure from crosses and direct passes into the box, but they were largely untroubled – and Celtic comfortably held out for victory in the first Glasgow derby of the season.

Rangers set up in a 4-4-2 diamond in possession, with Ryan Jack at the base, Ovie Ejaria on the left, Scott Arfield on the right and Ryan Kent at the top. With the full-backs providing the width, the diamond was narrow. Alfredo Morelos and Kyle Lafferty led the front line.

Frustratingly for manager Steven Gerrard, his players were poor in possession throughout the first half. Almost every pass was delivered long and direct towards Lafferty, but Celtic would win the first or second ball with ease on the majority of occasions. Rangers offered little or no alternative approach and so struggled to acquire any control of the game. While their approach was focused more on gaining territory than having possession, the ball was nevertheless lost too easily in advanced areas.

The second half did bring improvements. The visitors became more effective with their direct play, particularly when it was preceded by three to four passes in deeper areas. This enticed Celtic into a higher press, so when the ball was delivered directly to the forwards, there were fewer opposition players around to swarm the attack and win the second ball.

The overall issue in possession was one of technical quality, however. Rangers were simply unable to deal with the ball when Celtic applied intense pressure, resulting in poor touches, inaccurate passes and fouls as they tried to recover.

They set up in a simple 4-4-2 mid-block out of possession, for the most part. This was easy to organise, as the front and back lines would stay put while the midfield diamond would essentially flatten out. Their block was relatively well-organised and didn’t allow much central penetration from Celtic. When the ball went into Scott Brown or Olivier Ntcham, that was the trigger to increase the aggression of their press. This tactic made it difficult for the Celtic midfielders to find gaps to penetrate.

As the game progressed and Rangers were searching for an equaliser, they began to press higher up the pitch to try to win possession close to the Celtic goal or force the ball-carrier into a mistake. While this sped play up and forced more errors from their opponents, they never really managed to take any meaningful advantage. Having conceded a total of nine goals in their previous two visits to Celtic, however, the 1-0 defeat at least represented an improvement in Rangers’ fortunes against their bitter rivals.