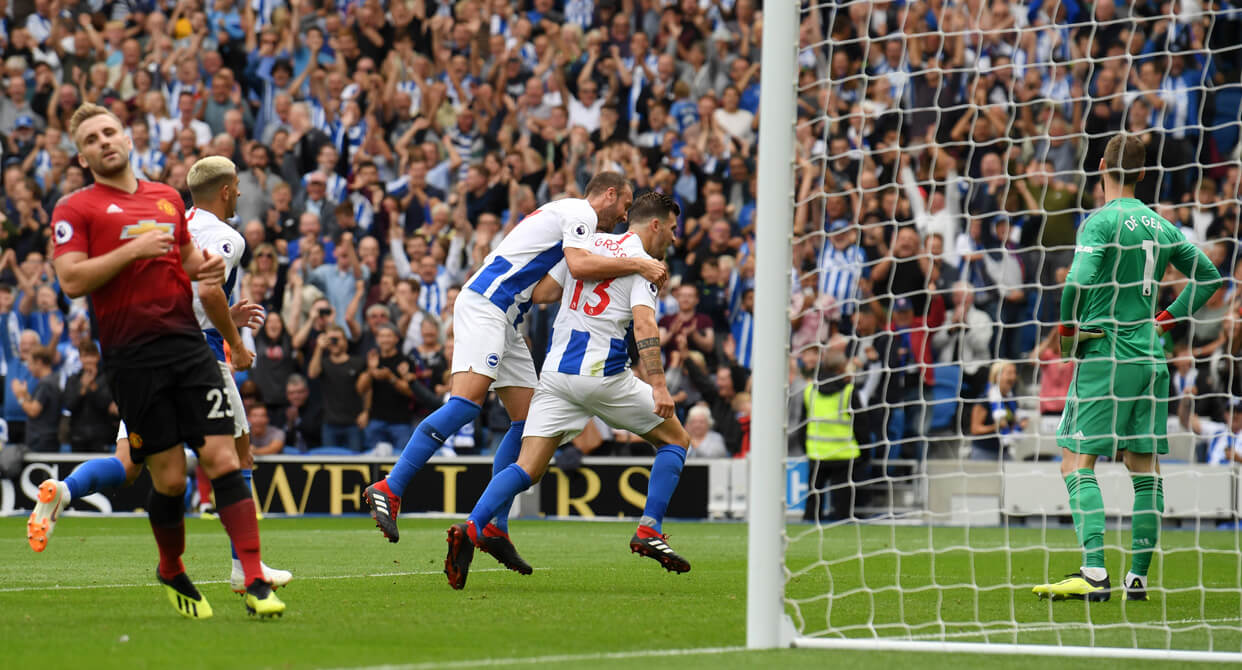 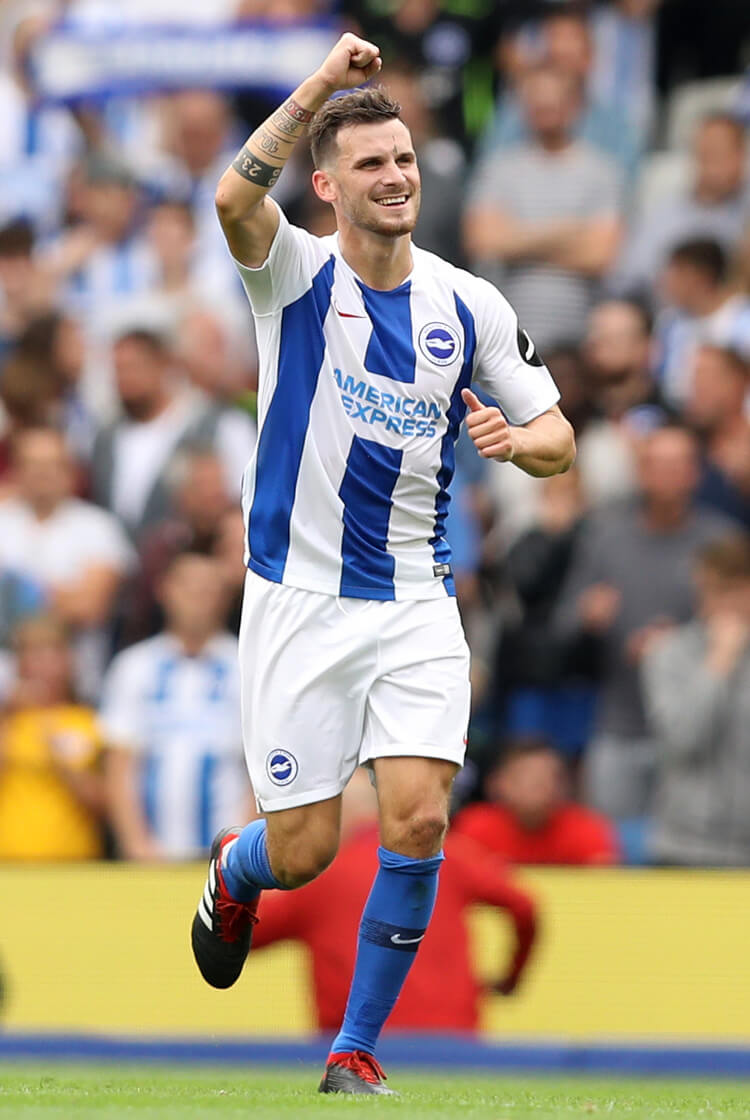 Brighton’s three first-half goals were enough to see off an insipid Manchester United, as Chris Hughton and his players delivered a brave performance to seal a deserved victory at the Amex. The Seagulls secured a narrow win in this fixture last season and, into their second campaign in the Premier League, have yet again proved they are more than worthy of their top-flight status. Glenn Murray cleverly flicked home the opener in the 25th minute, and only two minutes later Shane Duffy capitalised on more poor defending to double the hosts’ lead. Romelu Lukaku soon grabbed one back for United, but Brighton’s two-goal cushion was restored when Pascal Gross converted from the penalty spot following a rash foul by Eric Bailly. Jose Mourinho made two changes at half-time, introducing Marcus Rashford and Jesse Lingard, but the comeback never looked likely. Paul Pogba scored from the spot deep into injury time, but the scoreline ultimately flattered the visitors and increased the pressure on manager Jose Mourinho. 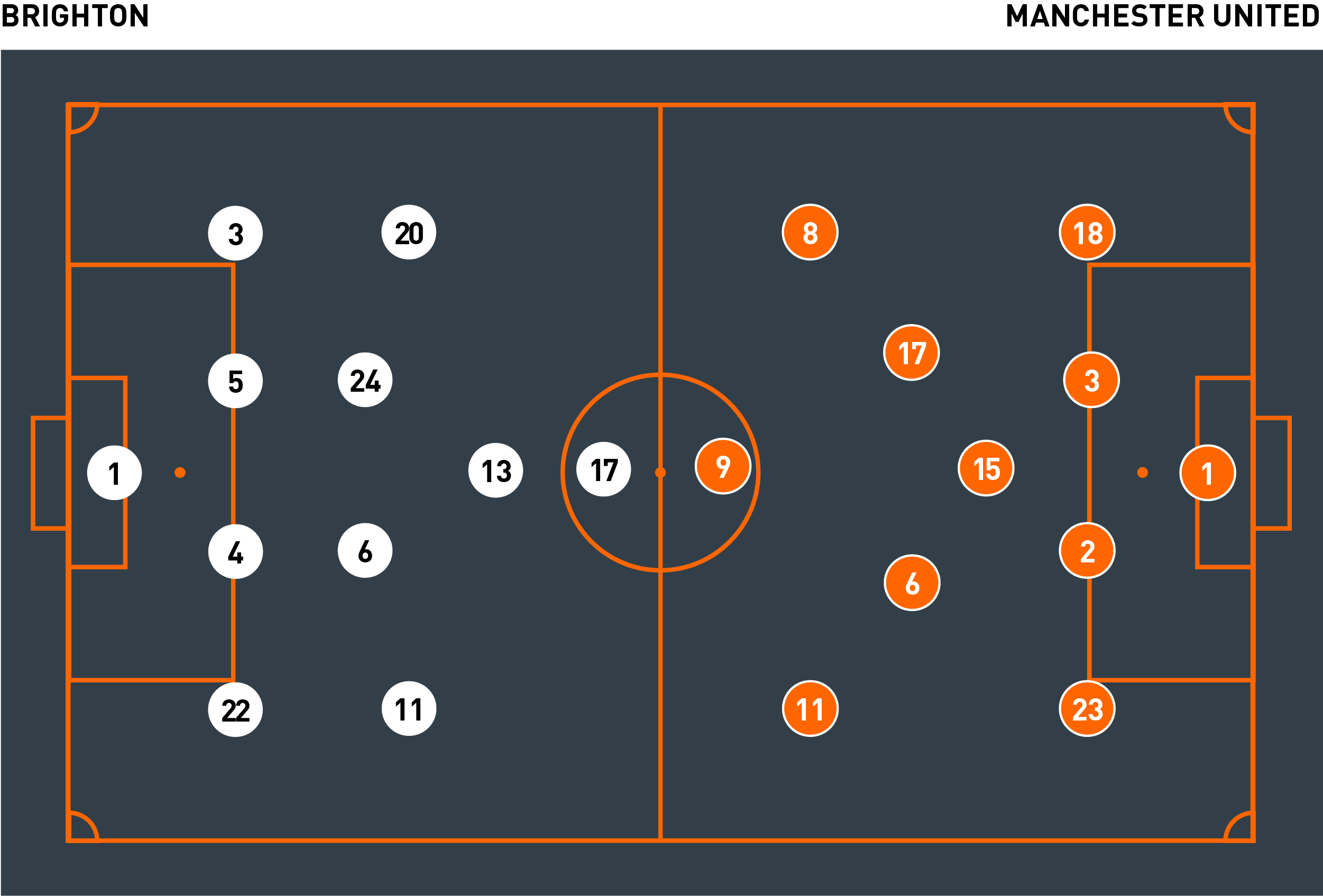 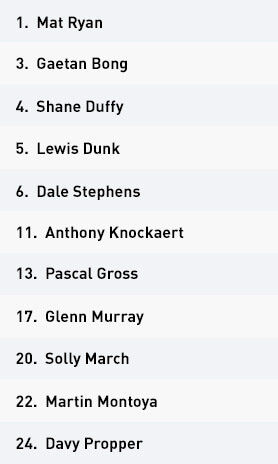 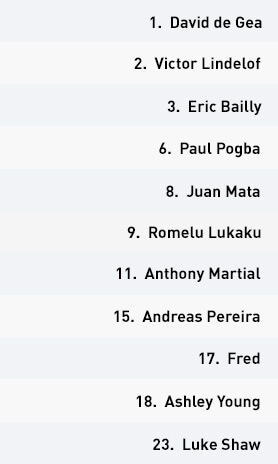 Brighton set up in a 4-4-2/4-2-2-2 in possession. The two central midfielders, Dale Stephens and Davy Propper, would stay close together, looking to control the game in central areas while being well-positioned to prevent an immediate central counter if possession was lost. The width was provided by Anthony Knockaert and Solly March, who would operate much higher than Stephens and Propper. The two strikers, Pascal Gross and Glenn Murray, would play centrally, mixing between playing close together and either side of the two opposing centre-backs.

The Seagulls were patient and comfortable in possession, demonstrating good control of the game in the first half. They focused their attention largely on the wide areas, where they looked to produce crosses to meet the attacking runs of Gross and Murray. The relationship between Gaetan Bong and March on the left side was particularly fruitful, as was evident in the build-up to the first goal. While they displayed intelligence with the ball, which ultimately led to their three goals, it was their out-of-possession work that set them apart from United on the day.

They set up in an orthodox 4-4-2 formation out of possession and delivered a masterclass in how to defend against a 4-3-3/4-2-3-1. Chris Hughton and his coaching team deserve great credit, as every player within the Brighton team knew exactly what their role was, and how and when to execute their responsibility.

In midfield, Knockaert and March would tuck into the second line with Stephens and Propper, forming a unit of four. For large parts of the game, Brighton would allow United to have possession among their back four and with holding midfielder Andreas Pereira, as Gross and Murray would stay close together to prevent passes from going through the middle. It was only when they were close enough to the United player in possession that they would initiate an intense press. Otherwise, they maintained their disciplined and compact shape. When they did press, the co-ordination, organisation and intensity was exceptional.

Every Brighton player was on the front foot, ready to jump to the next player and apply immediate pressure, giving United very little time on the ball. Two key players in this approach were full-backs Bong and Martin Montoya, who had significant distance to cover in reaching the next man if the initial press was beaten. The timing of their movements was excellent in making it very difficult for Juan Mata, Anthony Martial and later Marcus Rashford to turn when they dropped to receive the ball.

Manchester United set up in a 4-3-3, as they did against Leicester City. Jose Mourinho started the same midfield trio of Andreas Pereira at the base, with Paul Pogba and Fred in front of him, supporting Anthony Martial (who replaced the absent Alexis Sanchez), Juan Mata and the returning Romelu Lukaku in attack.

The visitors lacked a clear strategy in possession, and a large proportion of their possession could be considered sterile. Fred and Pereira would often be involved in the build-up in front of Brighton’s block or on the same line as Pascal Gross and Glenn Murray, but either side of them. Pogba was regularly positioned behind the second line of Brighton’s block.

United’s full-backs, in particular Ashley Young, tended to play narrow in the first half, leaving Martial and Mata to provide the width. There were fewer players inside for United to cause Brighton problems, as a result. Luke Shaw was much more advanced in the second half, which did help to create more opportunities.

Mourinho switched to a 4-2-3-1 in the second half, with Jesse Lingard playing as a number 10 in behind Lukaku. Only when Marouane Fellaini was introduced, however, did United demonstrate a more effective strategy. With the Belgium international positioned as a target man, United could now go over Brighton’s press. Fellaini could then set the ball to a forward-facing midfielder who had the option of playing a penetrative pass for the attacking runs of substitute Marcus Rashford, Lingard and Lukaku.

United set up in a 4-1-4-1 out of possession, with Mata and Martial joining Pogba and Fred in the second line, while Pereira patrolled the space in between United’s defensive and midfield units. They operated predominantly in a mid-block, looking to engage when the ball was in their own half. Their block was reasonably well organised in central areas, but vulnerable in transition. They ran into difficulty defending the wide areas, particularly when Anthony Knockaert or Solly March moved inside to encourage full-backs Martin Montoya or Gaetan Bong to get forward.

As Brighton moved the ball across the pitch in order to find a gap to penetrate, there was an obvious lack of intensity from the United players to cover the ground and protect the spaces. Mourinho mentioned “big mistakes” in his post-match press conference, and it is likely that he was referring to Eric Bailly for the move that led to the penalty. Bailly was drawn to the run of Murray, which left the central space open for the simplest of passes through to Knockaert. Having realised his error, the centre-back felled Gross – who stepped up to score what proved the decisive penalty – in attempting to make amends. Fundamental principles in defence were simply not adhered to by United at the Amex, shining an ever brighter light on the club’s failure to bring in any centre-backs during the transfer window.