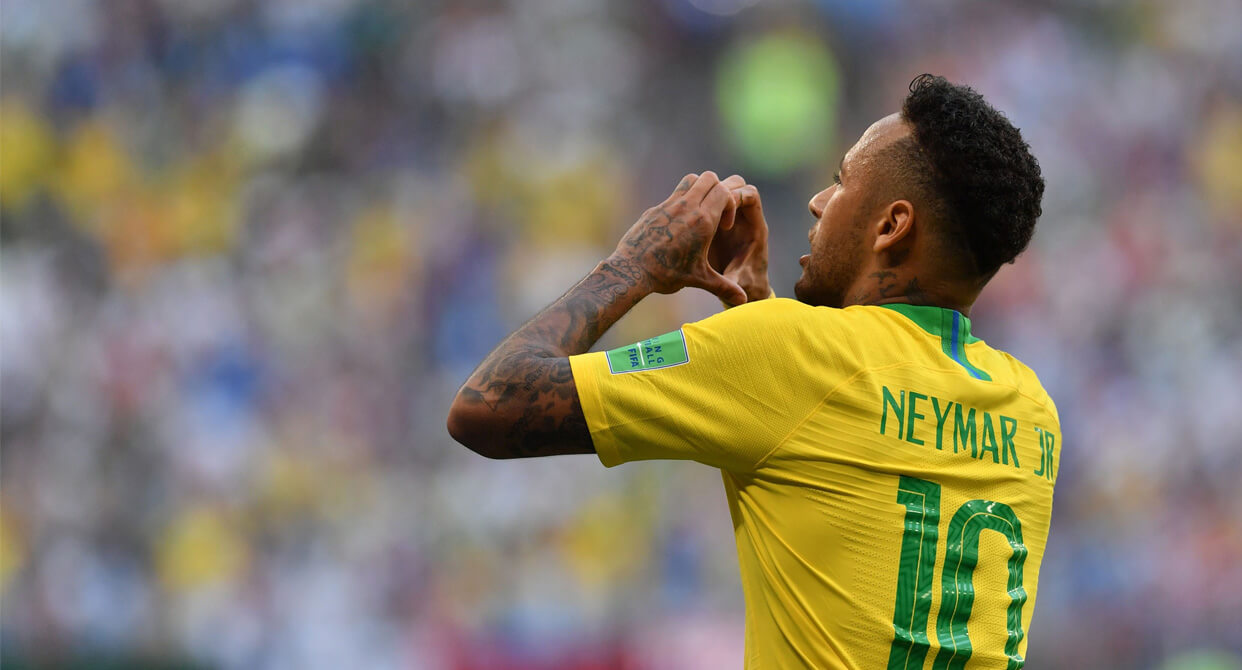 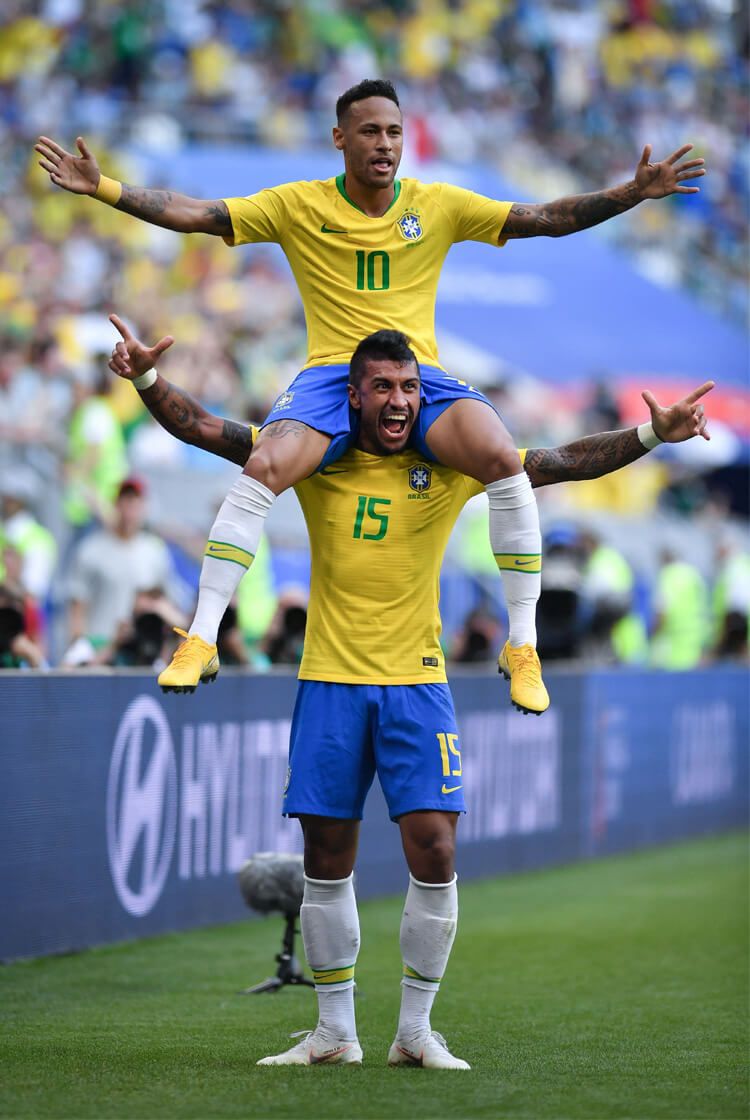 There remains a widespread feeling that Brazil are yet to get going at this summer’s World Cup in Russia – but, nevertheless, this win over Mexico secured their place in yet another quarter final. Neymar, the world’s most expensive player, scored one and assisted one, with Liverpool forward Roberto Firmino netting the second to set up a tie with Belgium in Kazan. Mexico suggested they could progress with only a goal missing from a fine first-half performance, but Brazil displayed patience and utilised their experience to come out on top with two goals in the second period. Tite’s chief concern will be who to bring in for the suspended Casemiro – but Manchester City’s Fernandinho, the obvious replacement, is more than capable of stepping in. 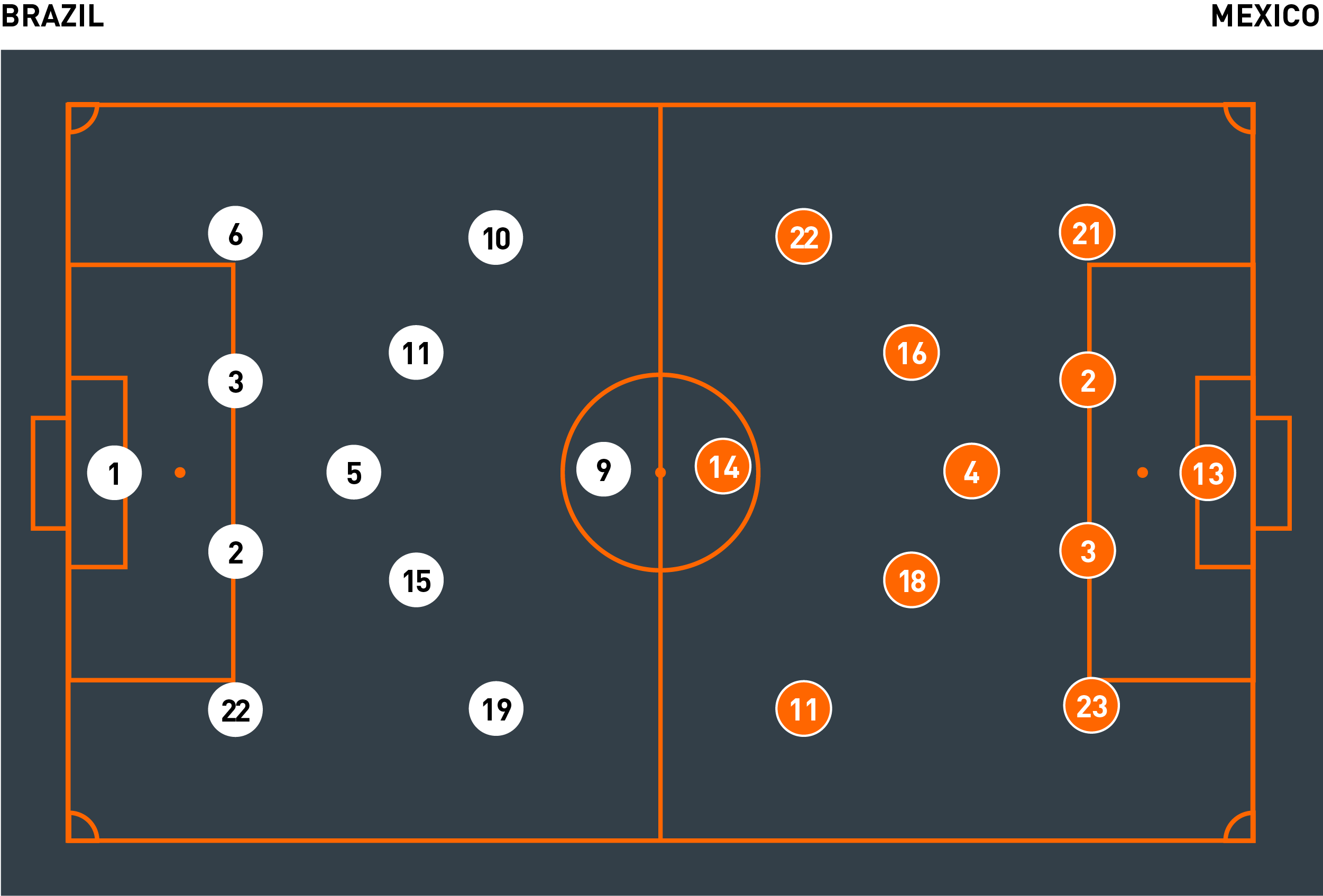 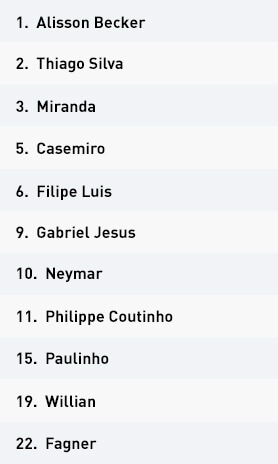 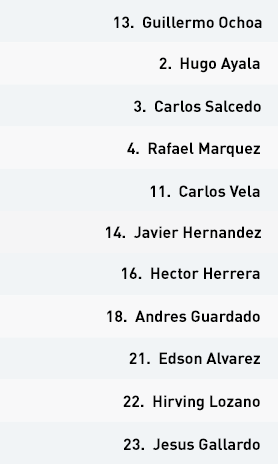 Brazil set up in a 4-3-3 formation, with Casemiro at the base of the midfield and Paulinho and Philippe Coutinho just ahead of him. Willian, Gabriel Jesus and Neymar formed the front three. Notably, Tite’s full-backs were extremely cautious, staying close to their central defensive partners and refraining from joining in with attacks. This put extra emphasis on the attacking players to create opportunities on goal for themselves.

Brazil found this difficult in the first half, and there were several occasions where Neymar or Willian could have benefited from an overlapping full-back to create a two-on-one situation in the wide areas. They found penetration difficult, as a result.

With this continuing in the second half, the relationship between Coutinho and Neymar became increasingly crucial to unlocking Mexico. They based their movement and runs off each other, which was evident in the creation of the first goal.

Once they took the lead, their full-backs surprisingly began to increase their involvement in the attacks – and Brazil looked much more threatening when they did. The increased numbers in attack allowed for more fluid rotation in central areas, as there was now less distance to cover. Mexico found this difficult to deal with, and didn’t seem to have a tactical response.

The introduction of Fernandinho late on provided extra protection alongside Casemiro. The Manchester City midfielder’s ability to sniff out danger was pivotal in launching the counter-attack for Brazil’s second goal.

Out of possession, Brazil generally set up in a 4-3-3 or 4-1-4-1, depending on where the ball was (4-3-3 higher, 4-1-4-1 deeper). This also become a 4-4-2 later on, when they were protecting the lead. They were initially happy to press Mexico high to regain possession early, and they demonstrated great energy in their counter-press. But as the game progressed and they took the lead, their out-of-possession strategy became much more cautious – they would allow Mexico to bring the ball out, content to simply deny them any space to penetrate.

This wasn’t without its weakness, though. Brazil’s desire to remain rigid and in position didn’t account for penetrative runs from deep. In particular, the space between the full-back and the centre-back was an area targeted by Mexico. Brazil did manage to recover well once the ball had been played through, limiting their opponents to just one shot on target – but quarter-final opponents Belgium will surely have noted this potential opening.

Mexico set up in a 4-3-3 formation in possession. Veteran midfielder and captain Rafael Marquez played at the base of the midfield triangle, with Andres Guardado and Hector Herrera ahead of him. Carlos Vela and Hirving Lozano supported Javier Hernandez in attack.

The rigidity of El Tri resulted in a struggle to build successful attacks, and it was quickly evident that the decision to select Marquez was a costly one in possession. The 39-year-old’s almost complete inability to move forward with the ball, rotate or provide anything other than a short-range passing option meant that Brazil were relatively unmoved out of their defensive structure.

Mexico would generally try to build in the wide areas with balls in behind, but they didn’t create anything worthy of note. Head coach Juan Carlos Osario reacted by moving Edson Alvarez into the holding role and taking Marquez off, but the situation didn’t improve by much. Alvarez was too defence-minded to offer any creativity.

The improvement came when Giovani dos Santos was brought on, which created a midfield triangle of himself, Guardado and Herrera. The LA Galaxy attacker brought more energy, technical quality and fluidity to the central areas. Mexico were now able to bring the ball out centrally, drive into midfield and rotate with one another to cause problems for Brazil’s central players. Their threat hugely increased with this trio on the field – it’s a shame they didn’t act on this change sooner.

Mexico maintained their 4-3-3 shape out of possession, and looked to press Brazil high where possible. This strategy was acceptable in the first half, as Brazil’s full-backs stayed deep, which allowed Mexico’s front three to press reasonably close together. However, they failed to adapt in the second half. There were too many occasions where Vela or Lozano would press the centre-back in possession and not effectively screen the pass to Brazil’s full-back.

The three central players, meanwhile, remained central, as they had to deal with Paulinho and Philippe Coutinho while screening the pass to Gabriel Jesus. This made it easy for Brazil to bypass the first line of Mexico’s press and then create a two-versus-one situation in a wide area. If a central player came out to help the full-back, space would be left in the middle for Brazil to create inside.

Mexico also struggled to deal with the fluidity and rotation from Brazil’s attacking players in the second half. Their failure to track Neymar was crucial in conceding the first goal – and that wasn’t the only occasion when this happened. Mexico’s failure to adapt out of possession to changes in the game ultimately led to their downfall.