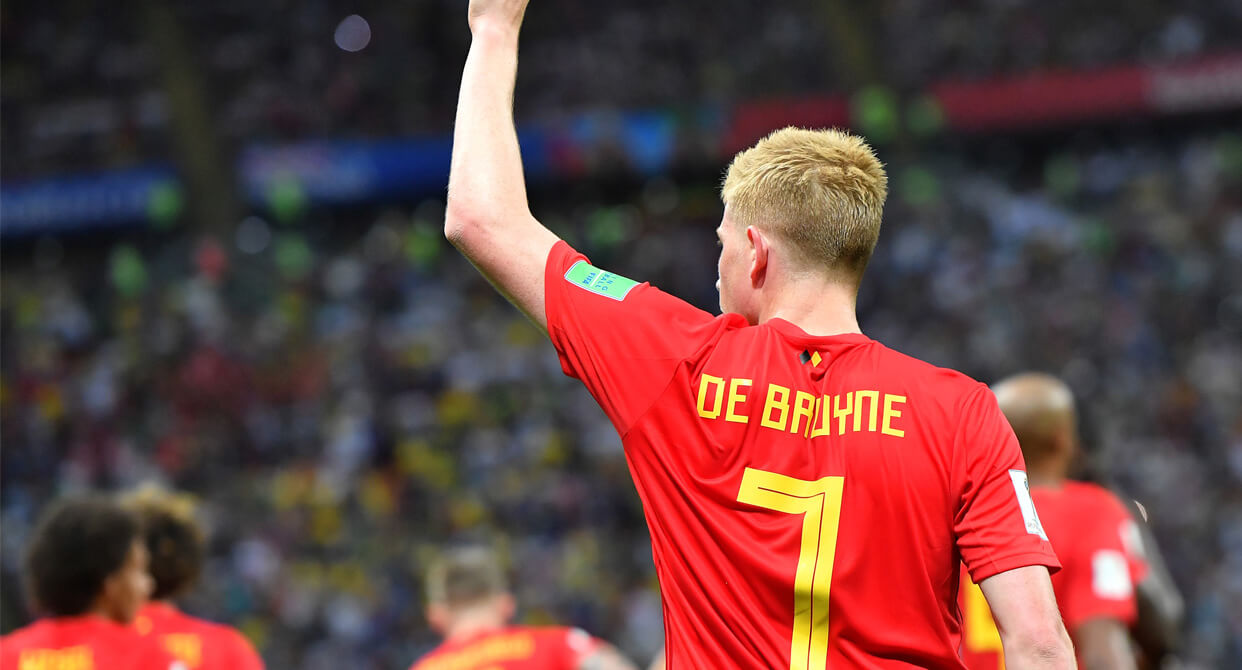 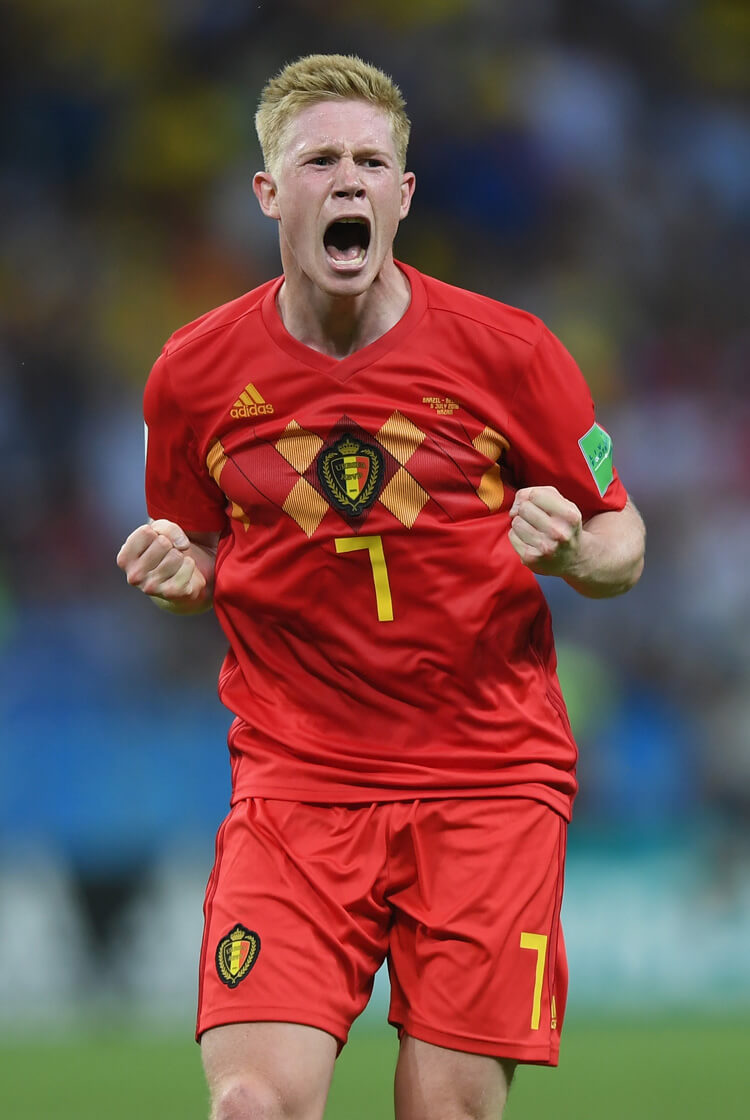 Belgium’s decision to appoint Roberto Martinez as head coach two summers ago was met with a great deal of scepticism, making the progress of his team at the 2018 World Cup in Russia all the more exceptional. After the humiliation of their 7-1 semi-final defeat to Germany in 2014,  many believed this year had to be Brazil’s. But an own goal from Fernandinho and a rocket from Kevin De Bruyne in the first half had football supporters applauding the bravery of a Belgian side that could well now lift the trophy at the end of this week. Brazil did hit back in the second period through substitute Renato Augusto, but it proved only a consolation. Neymar was outclassed by his opposite number, Eden Hazard, as the world’s most expensive player heads home having made headlines for little else than his on-field dramatics. It’s the first time since 2006 that all four teams competing for a place in the World Cup final are European – for Belgium, that means a mission to overcome Didier Deschamps’ France. 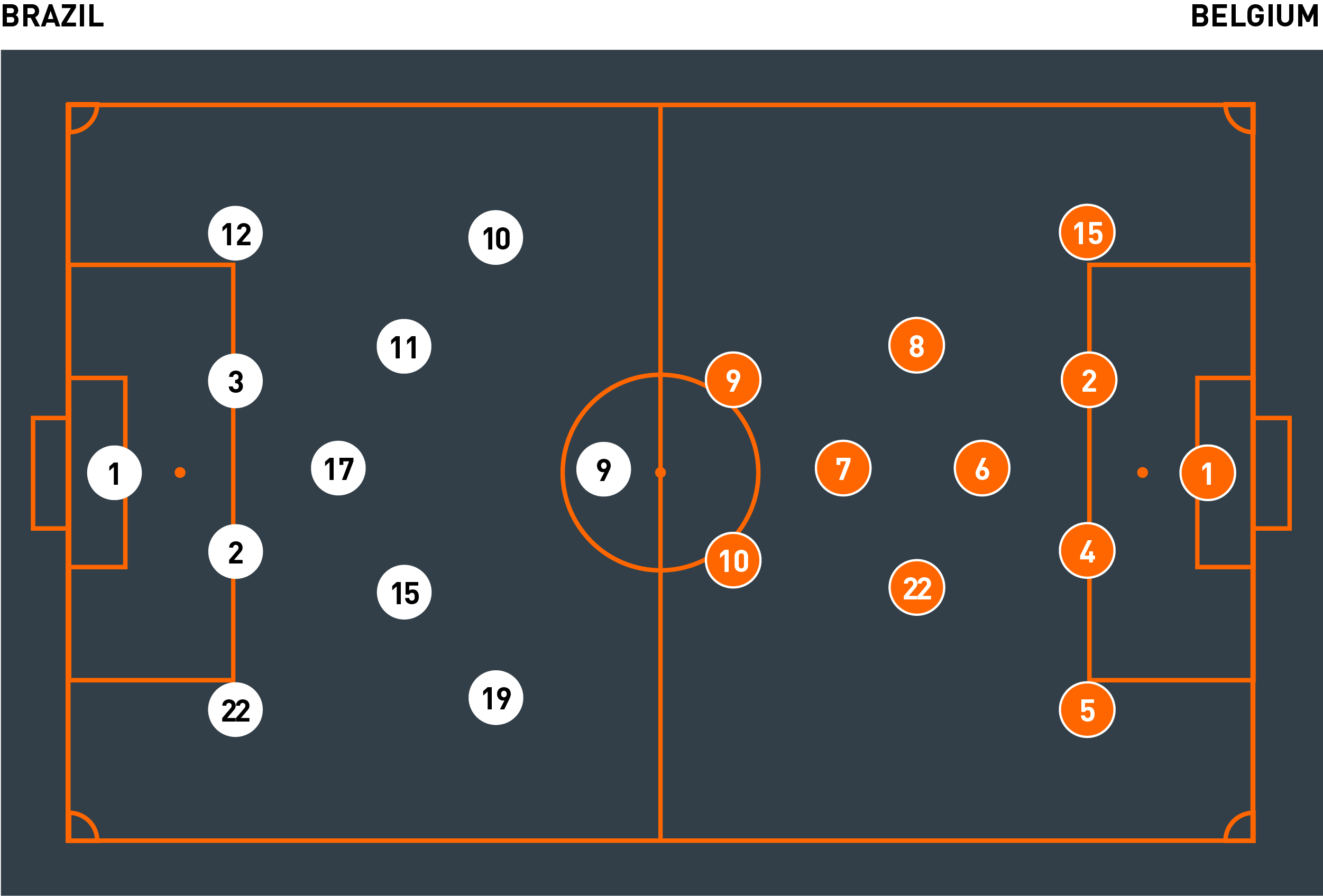 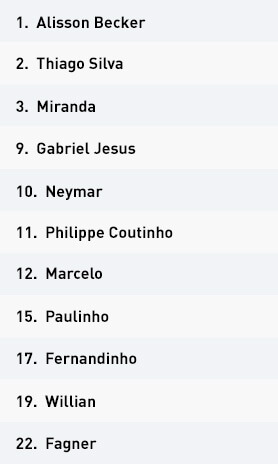 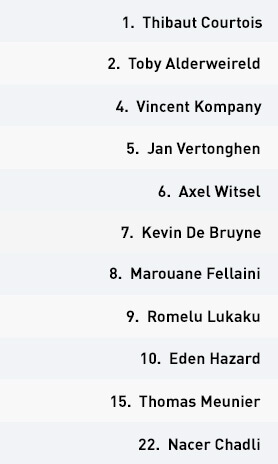 Brazil continued in their familiar 4-3-3 structure both in attack and defence, with two notable changes. Real Madrid left-back Marcelo returned to the starting line-up following a spell on the sidelines with an injury, while Fernandinho replaced the suspended Casemiro at the base of their midfield.

Tite’s team created the main attacking chances in the opening exchanges, and looked particularly threatening from inswinging corners. Central defender Thiago Silva had an early chance to put Brazil ahead, but his mistimed effort from close range popped back off the woodwork.

Despite their early inroads, it was Belgium who took the lead when Fernandinho inadvertently headed into his own net from a corner in the 13th minute. From here, Brazil responded by prioritising their build in the channels, as Belgium’s central midfield unit became congested and compact. Neymar struggled to influence the game, as he was often double-marked by Marouane Fellaini and Thomas Meunier on the Belgium right.

With Marcelo only sporadically overlapping, Brazil’s final-third access was unstructured. Too often did Marcelo remain behind Neymar, supplying pointless crosses towards the diminutive and isolated Gabriel Jesus. Belgium’s back line comfortably cleared the danger, as Brazil’s attack lacked the flair and charisma we’ve become accustomed to seeing.

Belgium, in truth, could and should have punished Brazil more during transitional moments. Fernandinho’s central cover was proving ineffective, which resulted in the Manchester City man moving towards the right channel to cover for Fagner, who was moving higher in attack. But despite this change, Brazil went further behind when Kevin De Bruyne’s superb effort from distance doubled the Belgium lead.

Neymar and Philippe Coutinho eventually began to make progress down the Brazil left. Coutinho’s movements and subsequent crossing positions often tested the Belgium back line, but the usually well-timed runs of Paulinho were strangely absent. Despite Neymar’s dribbling and directness in possession, Belgium held out until the interval.

Tite’s half-time changes were proactive yet ineffective. Roberto Firmino was introduced, with Willian once again offering very little in attack – but the change also saw Gabriel Jesus moved to the right side, which only proved that his preferred central attacking role is where he should remain. Douglas Costa eventually replaced Jesus, meaning Brazil now had direct dribblers in both channels. Costa and Neymar regularly drove forward, with their one-on-one quality pinning Belgium back and creating chances.

Firmino’s variety of movements was also causing Belgium’s central defence issues, as they were never sure of his whereabouts. With Jan Vertonghen having to leave the back line in order to deal with Costa one-on-one, more central space became vacant. Coutinho and third substitute Renato Augusto were afforded more time and space in possession, and they eventually grabbed a goal back. Augusto’s runs in behind had already added another problem for Belgium’s defence to deal with before the 30-year-old met an exquisite ball from Coutinho to head home.

As their central midfield had started to overrun Belgium’s defensive unit, Augusto later had a second chance to equalise but sliced the ball wide. With the Red Devils continuing to leave three players forward, they were becoming a victim of their brave tactics. Neymar and Costa had taken complete control of the channels, but chances continued to be missed with time running out.

A goal never came, and Belgium held on to defeat the five-time world champions, setting up an all-European semi-final clash with neighbours France in the process.

Head coach Roberto Martinez brought Marouane Fellaini and Nacer Chadli into Belgium’s starting line-up, with Dries Mertens and Yannick Carrasco dropping to the bench. They continued with their defensive back three when in possession, but often converted to a back four when defending.

In contrast to their previous matches, Chadli’s role as a wing-back didn’t create a back five in the first half. The West Bromwich Albion man instead moved into a central position, helping Fellaini and Axel Witsel defensively cover central areas. When in possession, however, Chadli and Thomas Meunier provided the attacking width, looking more like the traditional wing-backs Belgium have set up with previously.

Belgium were happy to concede early possession to Brazil, allowing them to bring their team upfield. Romelu Lukaku interestingly began on the right side of attack, with Eden Hazard and Kevin De Bruyne rotating to complete their front line. Brazil created the early chances and should have gone ahead but, with De Bruyne in the more advanced role in which he flourishes, Belgium were dangerous on the break. Direct transitions from deep were becoming too common, increasingly exposing the Brazilian defensive unit. De Bruyne’s almost false-nine approach when in the central lane provided the perfect link from defence into attack.

Somewhat against the run of play, then, Belgium took the lead when Fernandinho headed into his own net from a near-post corner. This goal naturally forced Brazil into an offensive and expansive approach in possession. This was the ideal response for Belgium, as more spaces now became vacant through which to counter.

Brazil’s full-backs both moved higher in possession, as Fernandinho dropped in between the two centre-backs. However, the Manchester City midfielder is not as strong in defensive one-on-one situations as Casemiro, and Belgium consistently broke forward with pace and purpose. De Bruyne’s movements were untraceable as he drifted from the centre to the channels, before running in behind the back line.

Belgium’s most effective transitions came through the combinations of Hazard and De Bruyne. The duo often moved to the same side, which drew additional Brazilian defenders across. As this particular set-up was mostly based on Belgium’s left channel, they often had a switch available towards Meunier and Fellaini, who regularly outnumbered Marcelo two to one down their right.

Despite their lack of possession, Belgium’s threat continued to grow and they eventually grabbed a second. In similar fashion to their late winner against Japan, they surged forward after clearing a Brazil corner. Lukaku’s hold-up play and subsequent charge forward tore apart the Brazilian defensive foundations. The Manchester United striker found the advancing run of De Bruyne, who arrowed an unstoppable shot low into the far corner.

With Tite bringing on more direct players after the break, Belgium were pegged back and struggled to contain the speed of their opponents’ attacks. Leaving three players forward – with De Bruyne only occasionally dropping deeper to assist centrally – the Red Devils were under consistent pressure. As Brazil clawed one back and continued to make further chances, Martinez reacted.

Belgium converted into a familiar defensive back five, as their transition from a back three into a back four when they lost the ball had lost all previous forms of fluidity. Despite this structure serving them well in the first half, the introduction of Roberto Firmino, coupled with Douglas Costa’s directness in possession, had Belgium on the ropes.

Leaving three players forward enabled Brazil to progress, but it also gave Belgium chances to kill the game. De Bruyne’s dropping movements again created a direct link between defence and attack, as Hazard and Lukaku’s positioning in the inside channels stretched the Brazil defence, creating even more space to exploit. Surprisingly, though, they lacked a killer instinct for the third goal that would have killed off the game. A late save from Thibaut Courtois nonetheless confirmed the victory, with Belgium one win away from reaching a first ever World Cup final.