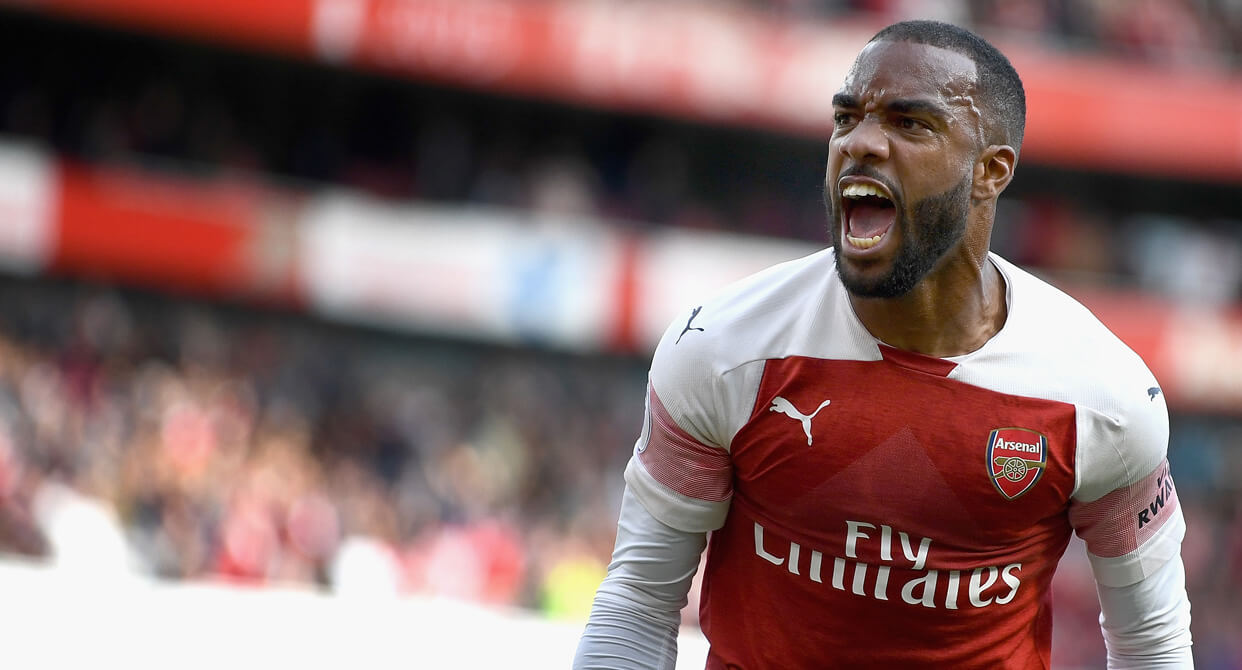 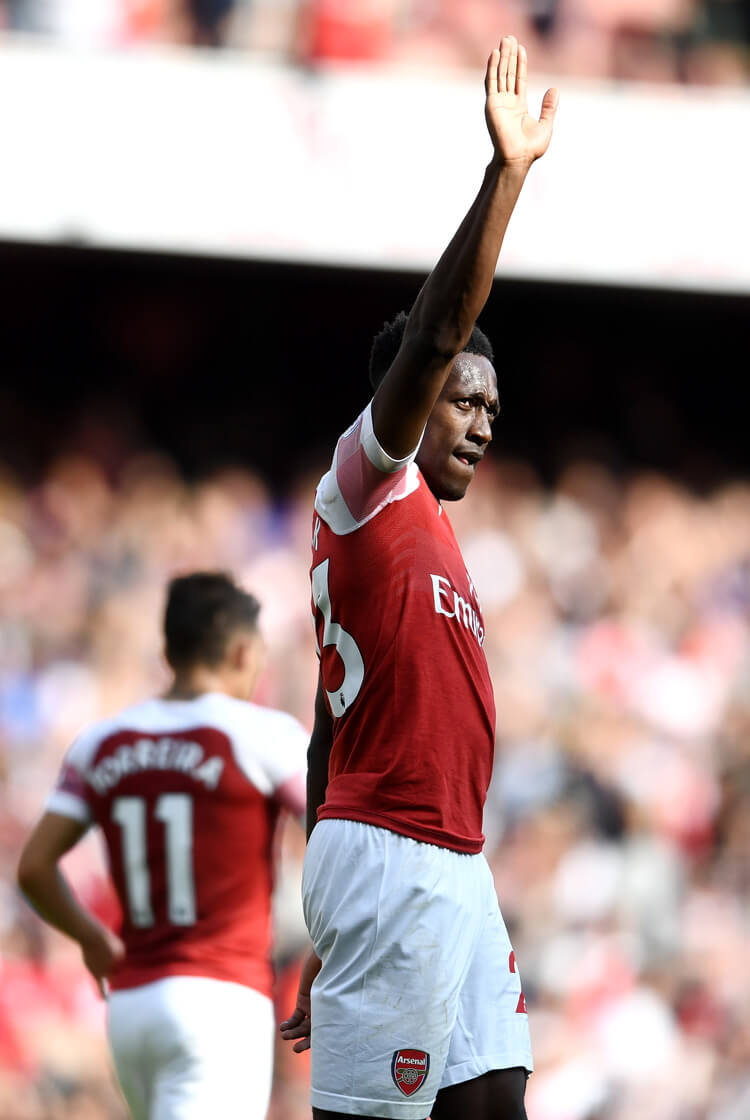 Arsenal got their first Premier League points on the board under new head coach Unai Emery, as the Gunners came from behind to beat West Ham at the Emirates. Manuel Pellegrini was also searching for his first victory with his new club, and his team silenced the home crowd when Marko Arnautovic finished off a quick counter-attacking move midway through the first half. Arsenal responded almost immediately through Nacho Monreal, but needed a bizarre own goal from debutant Issa Diop to get their noses ahead with 20 minutes remaining. Pellegrini’s side had looked a threat on the break, but the loss of Arnautovic to injury around the hour mark proved a major blow. West Ham couldn’t find a way back into the game, and Danny Welbeck went on to wrap up the three points with a lofted effort in injury time. 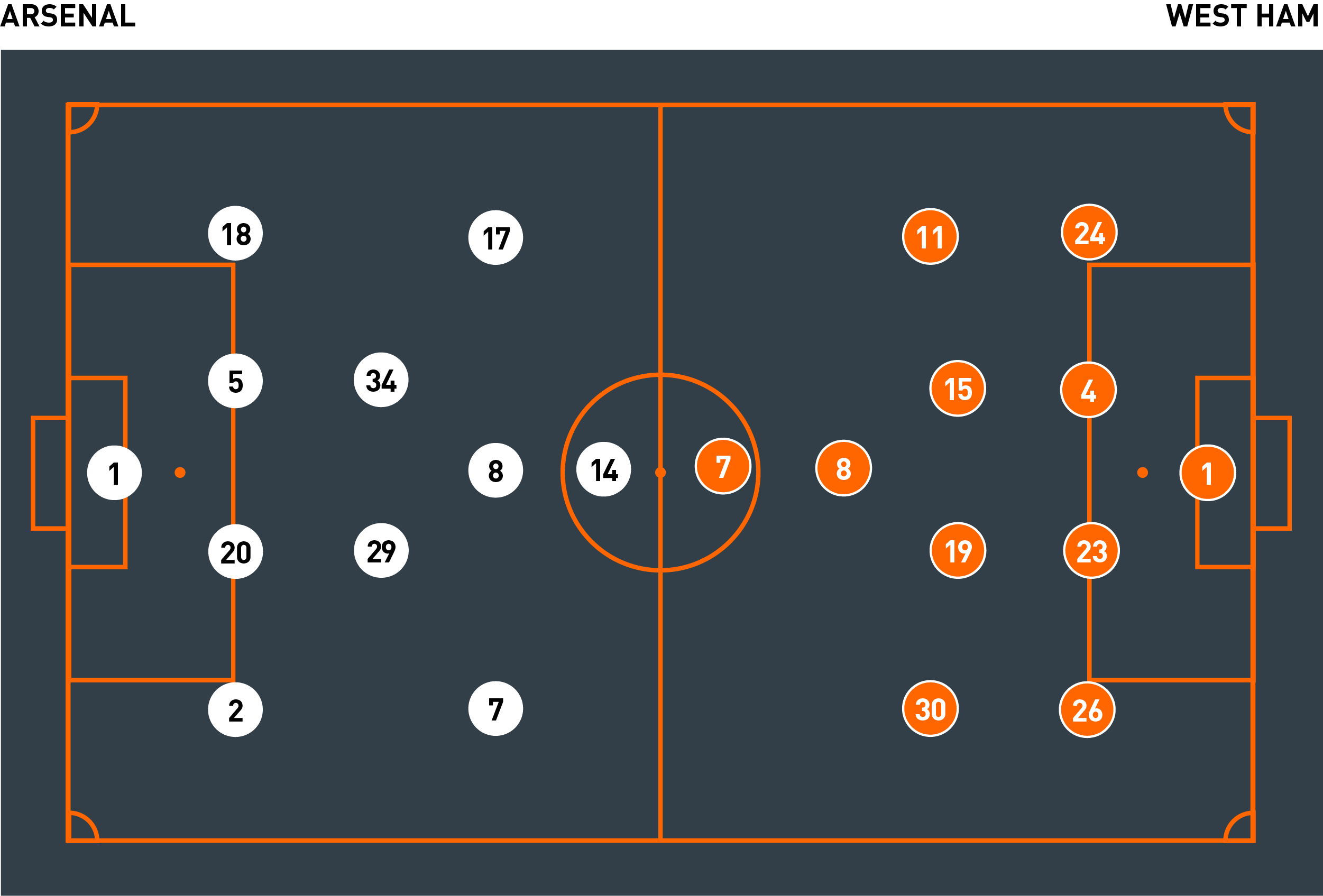 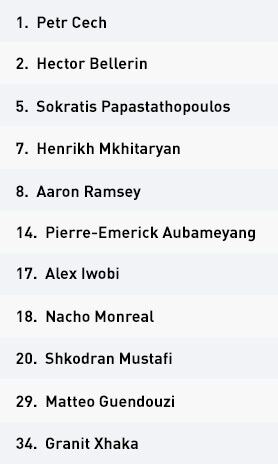 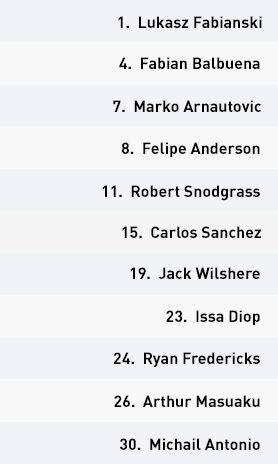 Still in search of his first Premier League points of the season, head coach Unai Emery made one change to Arsenal’s starting line-up. Aaron Ramsey came in for Mesut Ozil in an attacking midfield position, with the German absent through illness.

Despite lining up on the right of midfield, Henrikh Mkhitaryan moved inside from the first minute, creating one-on-one opportunities for right-back Hector Bellerin against Arthur Masuaku. This inside movement from Mkhitaryan also created a central box of four. Ramsey and the two defensive midfielders, Granit Xhaka and Matteo Guendouzi, were then able to surround West Ham’s central midfield duo. Alex Iwobi occasionally dropped into central positions, but mainly occupied the space within the inside left channel – again leaving the wide areas free for Nacho Monreal to move forward from left-back.

Bellerin’s progress along the right channel proved fruitful, as Arsenal created effective chances on the transition and during prolonged spells of possession. The central addition of Mkhitaryan offered Bellerin another target inside the penalty area – similar to those effective cutback crosses seen against Chelsea in their previous match.

Fluid attacking combinations helped Arsenal play through West Ham’s tight midfield unit. In defence, however, they were struggling with the dropping movements of Felipe Anderson. Due to Anderson’s deeper role when out of possession, Shkodran Mustafi in particular couldn’t prevent the forward from turning as he received on the transition. Mustafi began to step higher as soon as the ball was lost, which temporarily created a large gap in the back line. As Bellerin was also moving higher in attack, West Ham started to threaten through their left-sided counter-attacks.

Despite conceding to a hugely effective break from the Hammers on the left side, Arsenal were on level terms five minutes later. Mkhitaryan briefly moved out to the right channel and combined well with Bellerin, who had moved on the blind side of Masuaku. The right-back delivered an accurate low cross into the box, which was eventually turned in by opposite full-back Nacho Monreal.

Emery opted for a substitution at the break, replacing Alex Iwobi with striker Alexandre Lacazette. Pierre-Emerick Aubameyang moved deeper into a similar role to that of Iwobi, while Lacazette became the centre forward.

The Gunners’ deep build from Petr Cech came under significantly less pressure than in their opening two games against Manchester City and Chelsea, but their play was still punctuated with errors that could have proven costly, had West Ham been more ruthless. Xhaka was noticeably poor in possession, as Guendouzi took responsibility for playing forward passes targeted at splitting the visitors’ midfield. The 19-year-old was also guilty of losing the ball cheaply, however, which nearly resulted in the hosts conceding on the counter for a second time.

Guendouzi was eventually replaced by Lucas Torreira, who provided increased defensive stability but less inventive and effective passing moments. In order to maintain progress in possession, particularly when switching the play, Mustafi would step up to help Torreira and Xhaka switch the ball across midfield. Excellent combination play again between Bellerin and Mkhitaryan down the right side led to Arsenal taking the lead. An ineffective clearance from Issa Diop kept the ball alive in the penalty area, before Lacazette’s spinning effort was diverted into the goal by the Hammers defender.

Despite one final threatening counter-attack from the visitors, Arsenal saw the game out and added a third deep into injury time through substitute Danny Welbeck. They’ll now hope to build on this momentum after securing their first home win and points of the new Premier League season.

Manuel Pellegrini was also searching for his first points of the season with his new club. West Ham’s head coach made four changes to his starting line-up, as Ryan Fredericks, Issa Diop, Carlos Sanchez and Michail Antonio were introduced in a 4-4-2 structure.

With the hosts predictably dominating possession in the early proceedings, Marko Arnautovic intelligently pulled away from the central lane and into the wide areas during moments of transition. This offered a clear passing lane forward to the frontman, who attacked the spaces left vacant by Arsenal’s attack-minded right-back Hector Bellerin. Granit Xhaka was the central player providing cover for the recovering Bellerin, and this created space centrally for cutback crosses. They failed to take advantage of this, however, and it wasn’t long before Arsenal moved up a gear.

The Hammers lacked penetration when managing to maintain possession, with Jack Wilshere and Carlos Sanchez swamped by heavy central midfield presence. Their most effective route to goal was to make use of the channels and fire early crosses towards onrushing pair Arnautovic and Anderson. Robert Snodgrass repeatedly cut back on to his left foot from the right to send in whipped deliveries, which drew Nacho Monreal inside. This subtle movement from Snodgrass also provided a perfect angle for a disguised pass to right-back Ryan Fredericks. Fredericks’ forward runs were frequently delayed by the defensive presence of Alex Iwobi, however.

The visitors took the lead through a counter-attack that started by winning the ball on the edge of their own box. They made the most of the central space, as for once Bellerin had stayed within his defensive line. A simple yet direct attack led by the dropping Anderson was superbly finished by Arnautovic, whose low shot flew into the bottom corner.

Their lead was short-lived, as five minutes later they conceded from an attacking cross delivered from their left side. But Arsenal rarely threatened after equalising, and West Ham were happy to go into the break on level terms. Their left-sided transitions continued to cause problems well into the second half, with Anderson’s speed and directness in possession attacking the space in the left channel.

The unfortunate injury to Arnautovic was pivotal in hampering their progress on the transition, however. The striker was replaced by the more agile yet less dynamic Javier Hernandez, which altered their final-third penetrations considerably. Both wide players Snodgrass and Antonio (later Lucas Perez) had more responsibility to provide attacking width and subsequent runs in behind the full-backs, to allow Hernandez to remain within the central lane.

With the absence of Arnautovic, West Ham’s ability to transition from deep into attack diminished. Hernandez’s struggles to win any loose balls or pounce on mistakes within Arsenal’s back line helped the home side to dictate the tempo of the game – and Arsenal soon had the confidence to take total control after an own goal from central defender Issa Diop on 70 minutes gifted them the lead.

West Ham created only one major opening on the counter-attack after going behind, which came about largely through their most productive attacker, Anderson. After surging forward from a corner, Anderson found Perez, whose first-time cross was inches away from final substitute Andriy Yarmolenko at the back post. The away side conceded a third late on, as they succumbed to a third successive Premier League defeat under Pellegrini.