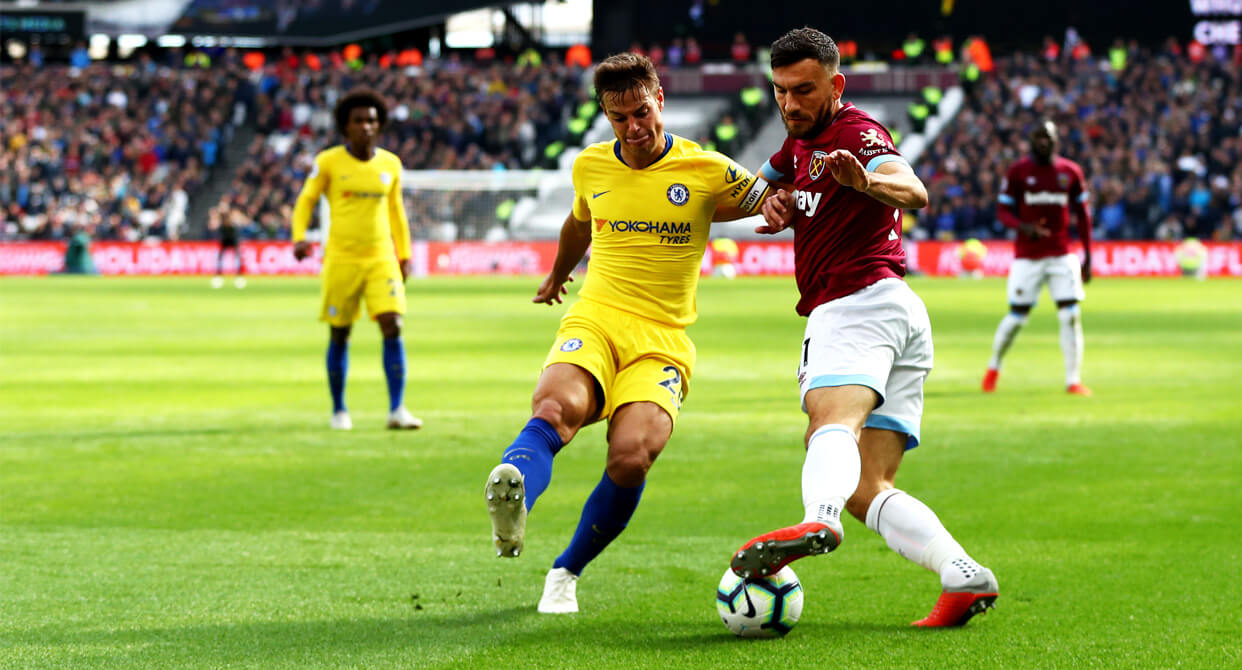 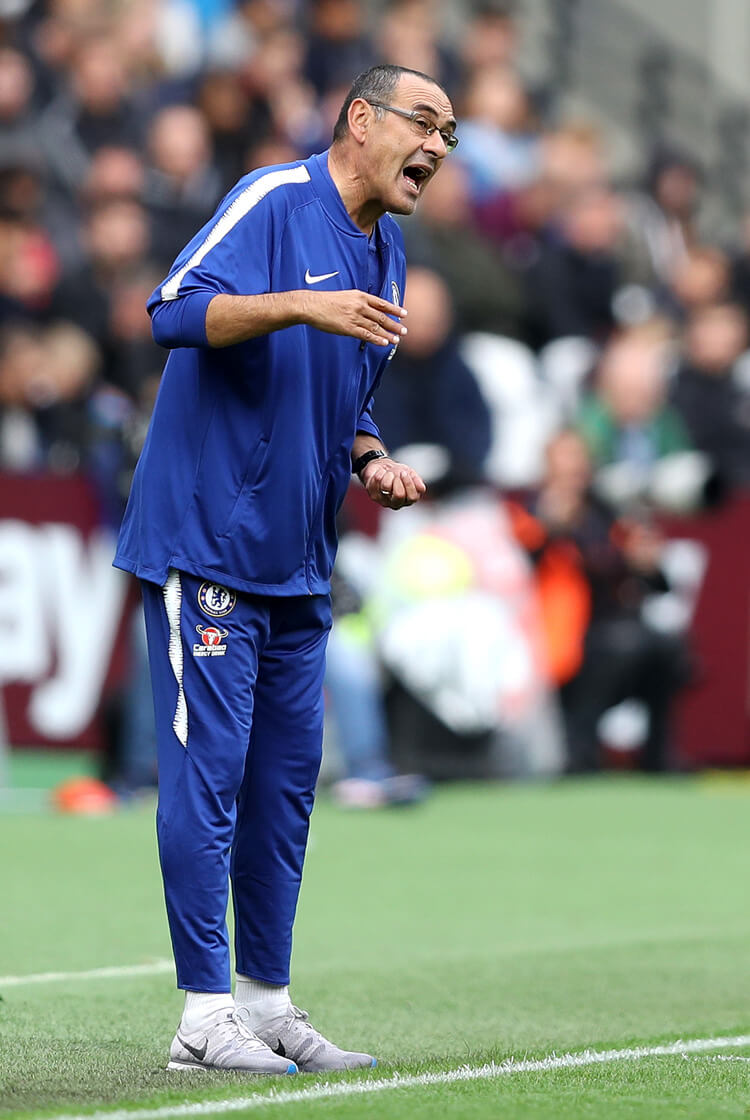 Chelsea dropped points for the first time in the Premier League this season, with West Ham denying their London rivals the opportunity to keep pace with Liverpool in maintaining a 100 per cent start to the campaign. Maurizio Sarri has adapted to the English top flight with relative ease, but he was tactically matched by his opposite number Manuel Pellegrini at the London Stadium. The Hammers invested heavily over the summer, and now the club’s supporters are beginning to see their new-look team take shape. Chelsea were limited to very few opportunities, with Eden Hazard kept quiet by a disciplined defence, and might consider themselves fortunate to have returned home with the draw. Andriy Yarmolenko will be replaying his second-half header – the unmarked forward headed wide of Kepa Arrizabalaga’s goal from close distance – for some time. 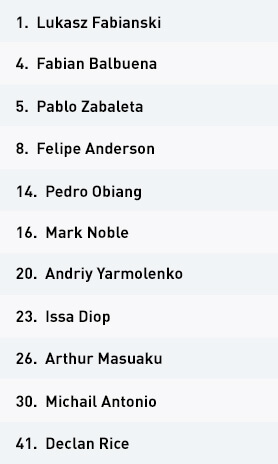 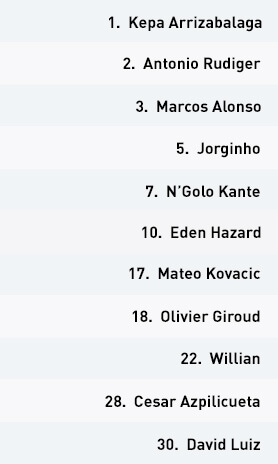 For the visit of league leaders Chelsea, West Ham set up in a 4-1-4-1 system in possession, with Declan Rice holding between the defence and midfield. Andriy Yarmolenko and Felipe Anderson played as the wide attacking midfielders, while Mark Noble and Pedro Obiang would play centrally and in the half-spaces, trying to operate between Chelsea’s defensive and midfield lines.

With far inferior possession throughout, Manuel Pellegrini’s players spent very little time on the ball and in their in-possession structure. When they were building up, they tended to circulate the ball and look for opportunities to exploit the wide areas before delivering crosses in the box. Yarmolenko would occasionally play inside, allowing right-back Pablo Zabaleta to push forward – this positional movement was also seen with Arthur Masuaku and Anderson on the left, albeit less often.

The hosts’ key strategy was to allow Chelsea to have the ball for large periods and then look to hit them on the counter-attack. When they were breaking, the players were encouraged to keep the ball moving forwards quickly and to bring others into possession to assist with the build – very rarely did they stop to slow the game down.

They set up in a 4-1-4-1 mid-block out of possession, allowing for very simple transition from their in-possession structure. They were content to allow the visitors’ centre-backs to have possession, with lone forward Michail Antonio tasked with halving the size of the pitch by showing the centre-back on the ball towards the outside, discouraging the switch to the other centre-back. This made it easier for the rest of the team to slide across and prevent forward play.

When the ball was then moved to the full-back, the widest of the midfield four could push towards him and apply moderate pressure. Here, the key was to prevent anything from going through the middle – particularly to Eden Hazard, who was operating in these areas. When Hazard did get on the ball, he was swarmed by West Ham players from all angles.

The distances between West Ham’s individuals and units were very compact – rarely more than 30 yards from the back line to Antonio – which made it difficult for the visitors to break them down. The back four also demonstrated good discipline in not being pulled out of their slot to confront the movement of Hazard, who kept roaming into different areas to seek out an advantage. With the exception of one rotation with Olivier Giroud in the first half, Chelsea’s number 10 rarely got in behind the defence.

Denying Hazard any opportunity to influence play was crucial in the Hammers ending Chelsea’s winning start to the Premier League season. Pellegrini was tactically spot on for the visit of the Blues, and his side should really have taken the three points through Yarmolenko, whose second-half header fell wide of the post despite him having only the goalkeeper to beat.

Chelsea set up in a 4-3-3 in possession, with Jorginho, Mateo Kovacic and N’Golo Kante as the midfield trio. Eden Hazard and Willian, who replaced the injured Pedro, supported Olivier Giroud in attack.

Soon after kick-off it was clear that Maurizio Sarri’s players would not be operating in an orthodox 4-3-3 system, with Hazard seen playing inside as a number 10, instead of his nominal starting position wide on the left. The West Ham back line and holding midfielder Declan Rice thus had to deal with his movement centrally, while remaining aware of the space available for left-back Marcos Alonso to push forward. Against a centrally compact structure and a strategy of swarming him when he got the ball, the influential Hazard enjoyed little success in this position, creating few opportunities for his team.

Kante’s role in this system remains a talking point, too. In the past, the France international has provided cover for his attacking teammates by remaining deep, allowing them to push forwards; now, under Sarri, he is operating much further up the pitch, trying to occupy and move defensive players with his positioning and movement to free up space in more advanced areas.

At the London Stadium, Kante achieved this through standing on the top line as a striker and occupying at least two of West Ham’s back four. Similarly, he could also be seen making diagonal runs, taking away central protector Rice to create space inside. Chelsea rarely created anything through combination play around the box, however, tending to look to chip passes in behind for penetrating runs and heading opportunities.

The Blues remained in their 4-3-3 shape out of possession, with Hazard, Willian and Giroud continuing to lead the line. Given they had so much of the ball for the majority of the game, their out-of-possession work was limited – but they would try to press their opponents in transition, and cut off their counter-attacks at the source. When this wasn’t possible, centre-backs Antonio Rudiger and David Luiz had to deal with Michail Antonio and delay the counter until their teammates could recover.

Hazard and Willian were particularly adept at covering their teammates if they had further to travel in transition. When Kovacic, for example, had made a penetrating run and Chelsea had lost the ball, Hazard would drop in alongside Kante and Jorginho to cover him in the midfield three. The attacking pair were also responsible for tracking full-backs Pablo Zabaleta and Arthur Masuaku, should they move forward.

Overall, Chelsea were kept relatively quiet by a smart tactical display from Manuel Pellegrini and his players. Preventing Hazard from dictating their attacking play was crucial – and given how successful the hosts were in doing so, it might result in Sarri revisiting his current system, particularly with their Carabao Cup victims Liverpool up next at Stamford Bridge.